Two rockets were launched from the Gaza Strip and landed off the coast of Israel • New Year celebrations began in Israel and around the world • Unknown individuals robbed a safe complex in Tel Aviv • Suspected of firing on a club in Haifa • Embarrassment in Iran: To her death at the age of 99 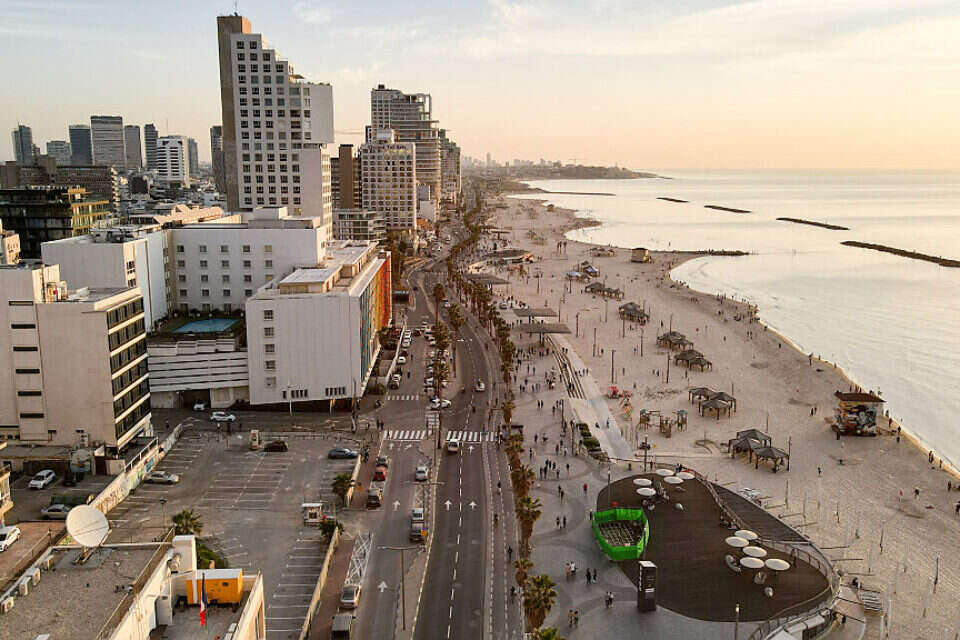 : The IDF confirmed today (Saturday) that early in the morning, two launches from the Gaza Strip to the Mediterranean Sea that fell off the coast of the Dan bloc were identified. Through the Egyptian mediator that any response to the rocket launch - "will be met with a violent response."

Palestinian sources also told the Lebanese Al-Mayadin network that "Israel bears responsibility and the mediators have expressed their dissatisfaction with Israeli stubbornness."

The IDF emphasized that in accordance with the policy, no warning was issued and no interceptions were carried out. At the same time, the police received reports from residents who heard an explosion in the depths of the sea off the coast of Tel Aviv.

Police said no injuries or injuries were reported.

Alongside the Omicron: Celebrations in 2022 have begun in Israel and around the world

Against the backdrop of the corona restrictions and the eruption of the omicron, Israelis across the country went out to celebrate the entry of 2022 in bars and clubs.

The Israel Police has begun increased activity throughout the country, with an emphasis on traffic enforcement and business licensing.

The police said that "increased enforcement of the corona regulations is also carried out. The business owners and spenders are required to comply with all guidelines and regulations in this regard, in order to maintain public health.

Israelis are joining celebrations that have already begun yesterday in New Zealand and Australia, India, Russia and Dubai.

Due to the spread of the variant, in many countries events have been canceled or significantly limited in the scope of celebrations, in order to slow down the rate of infections.

According to initial information held by police, the robbers entered a building that was secure and took over the guard who was at the scene.

Afterwards, the thieves left the compound with a lot of money and property that they took from dozens of safes.

The shooting at a club in Haifa: The police arrested another suspect at Ben Gurion Airport who tried to flee abroad

Yesterday, the police arrested a resident of Acre, on suspicion of involvement in the shooting incident at a club on Histadrut Boulevard in Haifa, while he was trying to escape abroad from Ben Gurion Airport.

A young man opened fire on a club in Haifa, a security guard shot him and seriously injured him // Photo: Police spokeswoman

Yesterday, at the end of an investigation, police officers from the Ben Gurion Airport area arrested the other suspect involved in the shooting, a 26-year-old resident of Acre, at the airport.

According to the suspect, the man tried to flee the country and he was taken for questioning to the offices of the Asher crime fighting unit of the Asher area.

Embarrassment in Iran: Launching the missile into space ended in failure

Iranian Defense Ministry spokesman Muhammad Husseini announced yesterday that the rocket launched by Tehran into space had failed to reach the required speed and place the three research satellites in orbit around the Earth.

Hussein made the remarks to the state television network in the country.

According to him, the launch was an experimental tool for launching medium and large cargo into space.

Clashes in Yitzhar: Ten civilians and three policemen were injured

Clashes broke out yesterday in Yitzhar between young people and border forces who arrived at the scene to evacuate a trailer parked a few days ago in Givat Komi Uri, which has long been declared a closed military area. By burning tires that at one point were thrown at the forces.

As a result of the stone-throwing, the windshield of the backhoe that arrived for evacuation shattered, damaging several security forces vehicles.

In response, the forces used means to disperse demonstrations, including firing sponge bullets.

Two border guards and a YSM fighter were lightly wounded in the incident.

Ten young people were hit by sponge bullets, rubber and tear gas, including one moderately injured who was evacuated by MDA to the hospital.

Brawl near a club in Tel Aviv: A student from Germany was stabbed, three young men were arrested

Police arrested three young men last night on suspicion of stabbing a 22-year-old man outside a club in Tel Aviv during a brawl.

A police car near a club in Tel Aviv, Photo: Roni Shitzer / Archive

Neighborhood police officers, who arrived at the scene upon receiving the report, conducted a number of investigative actions and also began field searches, during which they located three suspects aged 19-18, residents of Raanana and Herzliya.

The youths were arrested on suspicion of involvement in the brawl and stabbing of the man and were questioned at the station.

At the end of the investigation, they were taken into custody.

Study: The risk of hospitalization from Omicron is two-thirds lower than in the Delta

A new study of unprecedented scale in the UK shows that the risk of hospitalization as a result of infection with the omicron variant of the corona virus is two-thirds lower than that of the Delta strain.

Treatment of a Corona patient in a UK hospital, Photo: API

The study, the results of which were published by the British Institute of Health Security, was conducted among more than a million subjects infected with both strains, making it the largest study conducted on the spread of the omicron variant.

The study also found that those vaccinated in the second and third doses had an 80 percent lower chance of needing hospitalization after being infected with Omicron compared to those who were not vaccinated.

The findings are consistent with similar data recently uncovered in South Africa.

Betty White, the "Golden Girls" star, has died at the age of 99

White reportedly died at her home in Los Angeles around 9:30 p.m.

In a recent interview given by White ahead of her birthday, she said: "I was lucky to be in such good health and to feel so good at this age. Amazing."

White's agent Jeff Witjas told People magazine: "Even though my tribe was about to be 100, I thought she would live forever."

The Reuters news agency reported that minutes after the news of White's death was published, US President Joe Biden told reporters: "It's a shame.

She was a lovely lady. "Biden's wife, Jill, said:" Who did not like Betty White?

We are so sad for her death. " 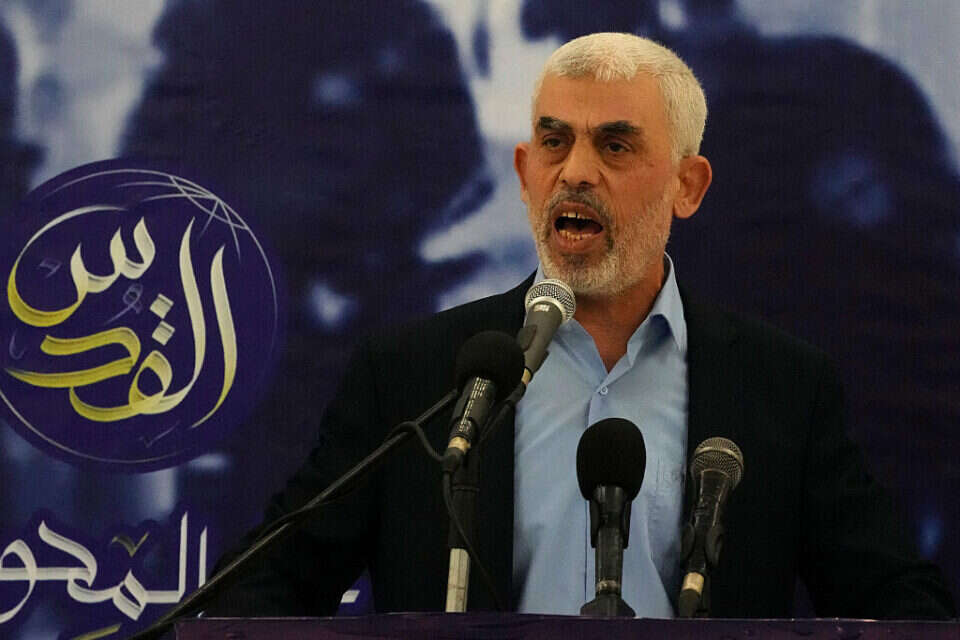 Israelis did not beep: a convoy of geese stopped traffic on Ayalon lanes - Walla! news

Gush Dan is sitting, the police are afraid of a disaster: what do you need to know about Rabbi Kanievsky's funeral - Walla! news

Loud sounds of explosions were heard in Gush Dan. What is the source of the noise? - Walla! news

Winter is back: a cool Saturday with local rain, on Monday and Tuesday especially cold weather - Walla! news

Mayor of Be'er Sheva: The Negev will become our nightmare, we need to reinvent the police - Walla! news

612 Fund involved unregistered Chen Rijun and other 6 people who pleaded not guilty and will dispute whether they belong to an association in September
2022-05-24T03:47:10.487Z

Carrie Lam eagerly hopes that Xi Jinping will visit Hong Kong: Today, there is no announcement to admit that he is affected by the epidemic
2022-05-24T03:46:58.468Z

Colombia: the elections are approaching and alleged acts of electoral violence increase, according to a report
2022-05-24T03:41:16.165Z

In Colombia there is not the slightest possibility of postponing or suspending the elections, says expert
2022-05-24T03:35:30.963Z

Start of sales of the 9-euro ticket: the most important questions and answers about the special public transport offer in Bavaria
2022-05-24T03:29:03.310Z