Omicron, a variant strain of the new crown virus, entered the community. There were 33 new confirmed cases in Hong Kong yesterday (6th), of which 28 were imported cases and 5 were imported-related cases infected locally. The mother of its Chinese Thai flight attendant

Omicron, a variant strain of the new crown virus, entered the community. There were 33 new confirmed cases in Hong Kong yesterday (6th), of which 28 were imported cases and 5 were imported-related cases infected locally.

The dancing group of the mother of the Chinese Thai flight attendant has continued to expand. So far, 14 people in the group involved have been diagnosed or initially diagnosed.

In addition, the government has tightened a series of anti-epidemic measures starting at midnight today, including the prohibition of dine-in in the evening market, and the closure of listed premises such as bars, fitness rooms and theme parks.

[16:30] Xu Lejian, director of the Center for Health Protection of the Department of Health, urged citizens to do their best to observe social distancing measures and stop unnecessary gatherings, especially inter-family gatherings. Because you don’t know whether relatives and friends may carry the virus, I hope that citizens will reduce their visits to crowded places. .

The Hong Kong and Taiwan host Yang Zizhen was diagnosed at the beginning of the diagnosis and went to the Hong Weimin party. Yesterday he called for "party to worry a little bit."

[16:09] The Omicron epidemic has entered political circles. The hostess of the Mandarin Channel of Hong Kong and Taiwan, Yang Zizhen, was initially diagnosed today (7th). On Monday night (3rd), she attended the birthday banquet of Hong Weimin, deputy to the National People's Congress in Hong Kong.

Yesterday (6th), she still hosted the Hong Kong and Taiwan program "New Bauhinia Square". She thinks that she should pay special attention to the personal level during the 14 days. There should be fewer gatherings among friends. "Party people should worry about it." Manicure before the ban takes effect.

[15:03] It is reported that more than one hundred guests who attended Hong Weimin’s birthday party will be sent to the Penny's Bay Quarantine Center for isolation, including the Commissioner of Police Xiao Zeyi and the Commissioner of the Independent Commission Against Corruption Bai Yunliu.

[14:36] The Omicron epidemic is getting worse, and multiple transmission chains have broken out in the community. Even the public institution Radio Hong Kong has also contracted the epidemic.

A female employee of the RTHK Putonghua Channel, Yang Zizheng, was initially diagnosed today (7th). It is reported that she had a meal with 3 colleagues yesterday (6th). The RTHK Broadcasting Building must be disinfected and the visitor's entry was immediately tightened in the afternoon. The interview activity of has also been cancelled. After 6:40 in the evening, the entire building will be fully evacuated.

[14:07] The mutant virus Omicron entered the community, and many people rushed to get an injection. Wong Taixian set up a new crown vaccine mobile vaccination station for three consecutive days starting today (7th). A large number of citizens have lined up to see the crowd at 10 o'clock this morning. About 500 chips will be distributed in 15 minutes, and tomorrow (8th) chips will be distributed in one hour.

Citizens who had waited for more than an hour to collect the funds criticized that the government used "injection, you can drink tea and see your grandson" as an excuse. However, the nearby vaccination center was closed at the same time, causing residents, the elderly, and people in need to flock to the mobile station. They queued up, but the vaccination service provided on the spot was insufficient. The government requested the government to reopen the center as soon as possible to relieve the pressure of injections in Wong Tai Sin District.

[12:48] The new crown variant virus Omicron has spread in the local community. The Shunde Friendship Association Tuen Mun Liang Li Xiuyu Kindergarten in Anding Village, Tuen Mun, has to suspend classes for 3 days due to the initial diagnosis of the parents of the students on Tuesday (4th). The school today (7th) Day) announced that it was notified by the Center for Health Protection that a student's test for the new crown pneumonia virus changed from negative to positive. Therefore, teachers and students of Class 2A in the morning must be quarantined, and the resumption date will be notified separately.

[12:33] RTHK Putonghua station employee Yang Zizhen was diagnosed early today. It is reported that she had dinner with three colleagues yesterday. Her husband is doctor Zhu Weixing. RTHK Broadcasting Building needs to be disinfected. RTHK also tightened visitor entry. The afternoon interview event was cancelled. Employees and visitors must also evacuate before 6:40 this evening. The building will be fully disinfected at 7 o'clock, and employees can only re-enter after 24 hours at the earliest.

She and her husband attended a birthday party held by Hong Weimin, a representative of the Hong Kong People's Congress.

[12:27] The Omicron variant virus is coming fiercely. Many government officials and parliamentarians still attended the large birthday party held by Hong Weimin, the representative of the Hong Kong People's Congress on January 3.

When Chief Executive Carrie Lam Cheng Yuet-ngor explained the incident, he once described the Director of Immigration, Ou Jiahong, as "the case is complicated," and the only thing he could not confirm was the time of his departure.

Ou Jiahong issued an apology statement today (7th), saying that he left after congratulating his friends that night and did not sit down to dine. He "heartily apologized to the citizens of Hong Kong" and "deeply reflected" for his personal behavior. He will cooperate with the Center for Health Protection's arrangements. , Stayed at Penny's Bay Quarantine Center for isolation.

There are many restaurants and markets on the list, including Reserva Ibérica Tapas Bar & Restaurant in Wan Chai Bayview Centre, which is believed to be involved in the restaurant where Hung Weimin held a birthday party; passengers on several bus routes also need to be checked.

[09:27] Omicron, a variant strain of the new crown virus, has flowed into the community. Liang Zichao, a respiratory specialist, said on the Hong Kong and Taiwan program "Millennium" today (7th) that a number of senior officials attended the birthday party of Hong Weimin, a representative of the National People's Congress in Hong Kong. Reflecting that there is no sense of crisis within the government, and the recent tightening of epidemic prevention measures have limited effect, and they have not been able to convey a sense of crisis to the society. "The virus does not move first after 6 p.m., and masks are not invulnerable." He pointed out that at present. The community has "fires everywhere". The most important thing for the government is to "fight the fire." In the next two weeks, the public should try their best to stay at home.

▼On the morning of January 6th, Victoria Park will exercise citizens▼

▼Feng Fai Terrace, Happy Valley will be sealed off on January 6 ▼

[01:45] Omicron, a variant of the new crown virus, has entered the community, and its Chinese Thai flight attendants and Wangyuelou groups have shown fourth and third generation transmissions, respectively.

The authorities today (7th) listed 24 more high-risk locations, including a birthday party held by Hong Weimin, a representative of the People's Congress of the Hong Kong District, and a restaurant located in the center of Wan Chai Harbour. People who have visited within a specified time are urged to be tested as soon as possible.

[00:56] The Hong Kong Anglican Church announced that in order to stop the fifth wave of COVID-19, public worship and group activities in Hong Kong will be suspended for a period of two weeks starting today.

[00:02] The group is related, and the other case is related to the Wangyuelou group.

Among them, he visited the Royal Fort East Sea Club in Causeway Bay at the same time as the flight attendant mother.

The 63-year-old male patient who ate at the Lafayette restaurant, the 73-year-old female patient who had danced with the stewardess’s mother in the Causeway Bay Community Center, and the domestic helper (#12805) who was in close contact with the stewardess’s mother were also diagnosed today, and new initial confirmed cases Among them, one person was a close contact of the foreign domestic helper, and another person contracted the disease after eating with a close contact of the flight attendant's mother.

In other words, at least 14 people in this group are currently infected.

As for the case of Wangyuelou, a 49-year-old female patient was previously defined as a close contact of a 34-year-old construction worker (#12654) who had visited Wangyuelou earlier. She had never been to Wangyuelou and belonged to a group. The third generation spread.

▼The Legislative Council will be disinfected on January 6▼

Banned food in the evening market | 1.7 Effective from the early morning of 1.7, the requirements for travel with peace of mind, 1.5 meters between the dining table and other requirements remain unchanged. Ban Xiuyi in the evening market may lose more than half of the business. Sigh for missing the golden period before the Lunar New Year, the Hebei government provides subsidies for closed area testing | a record-breaking one night to seal five buildings! 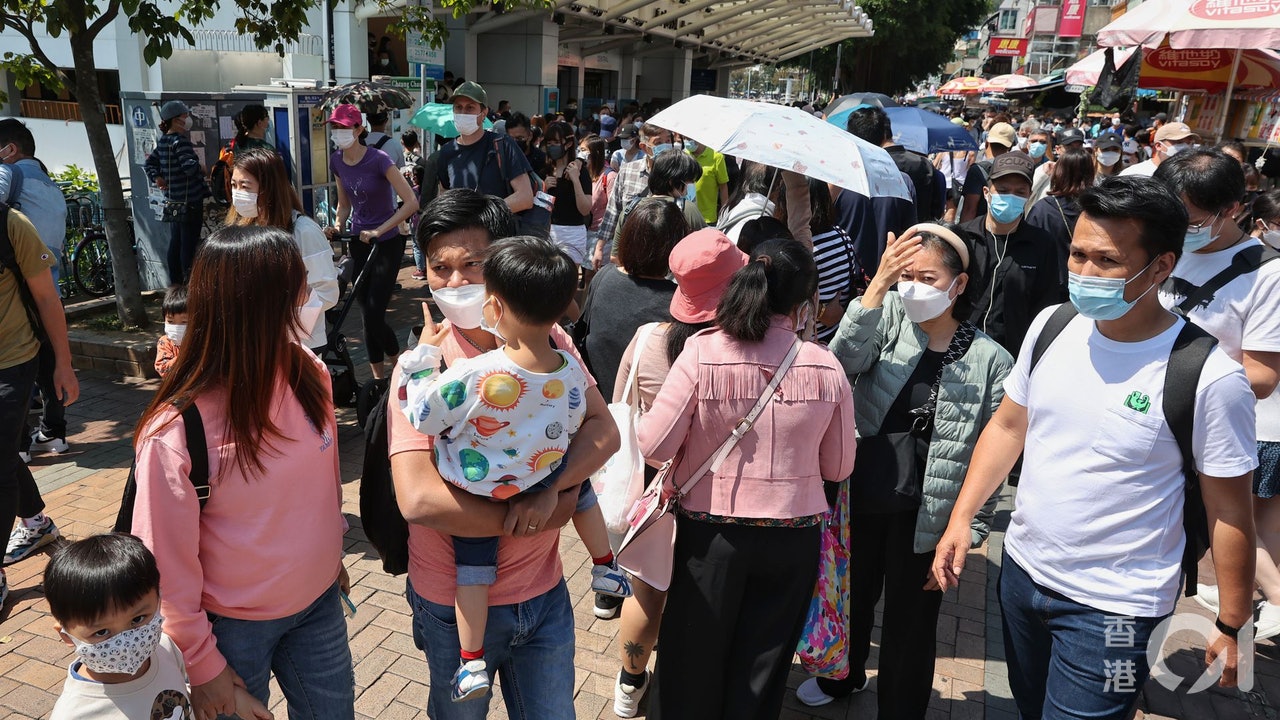 Department of Health urges not to relax during holidays HA Lau Ka-hsien: Hope to find out the elderly cases in the community by rapid testing 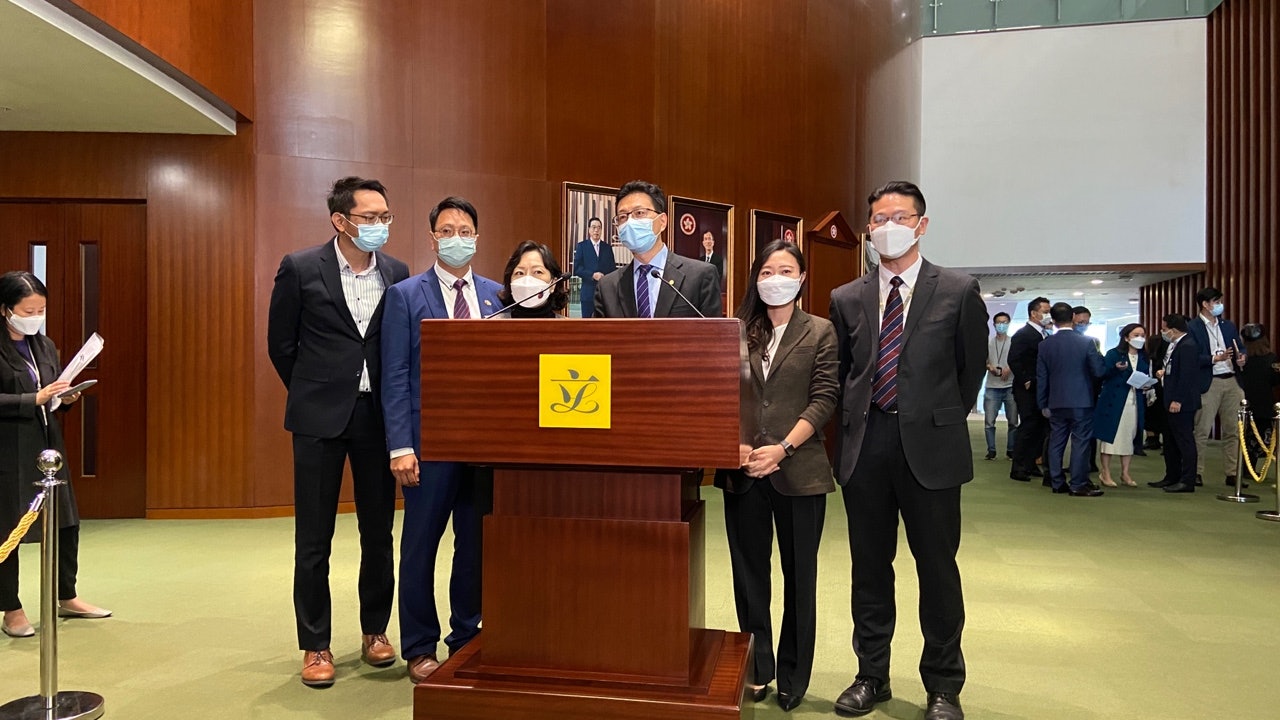 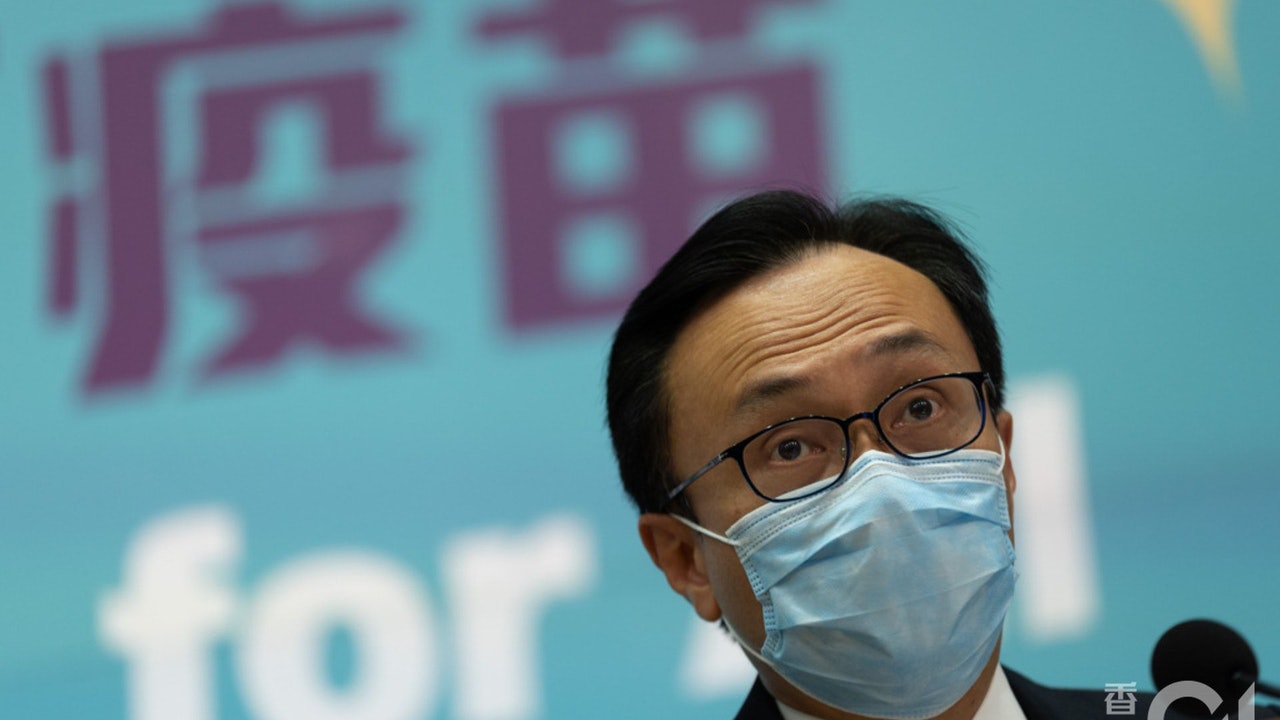 Nie Dequan: There are more than 100 transmission chains, and the Leighton Center in Causeway Bay has opened an additional vaccination point from 2.8 to make an appointment 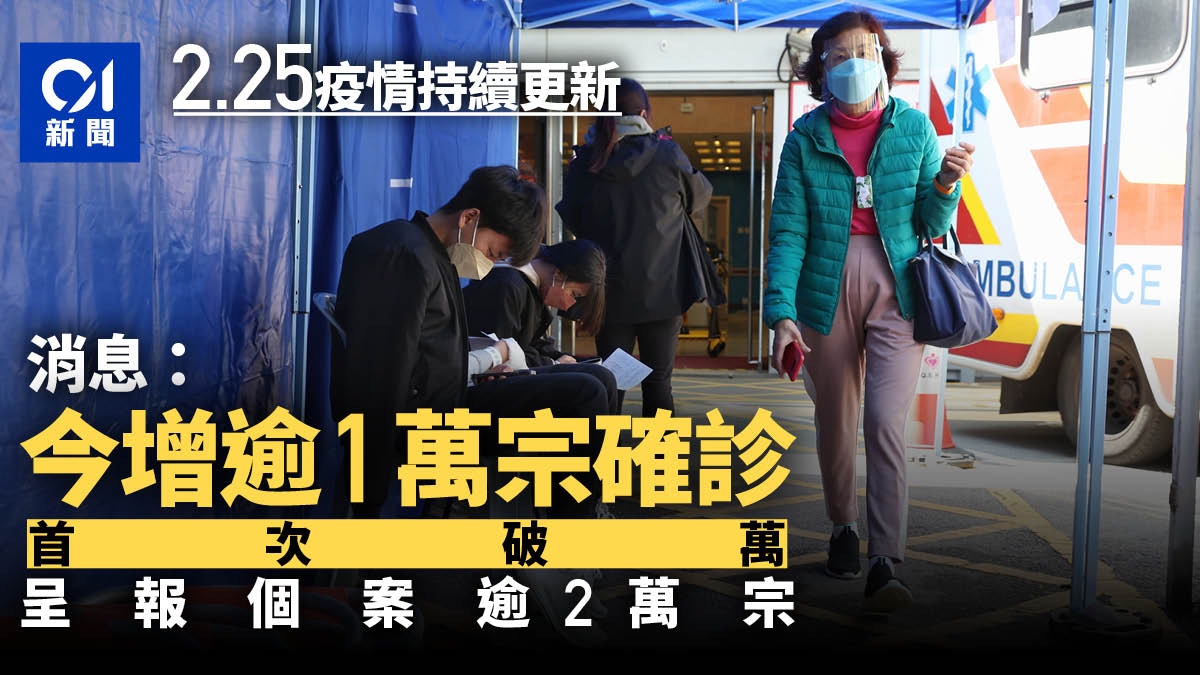 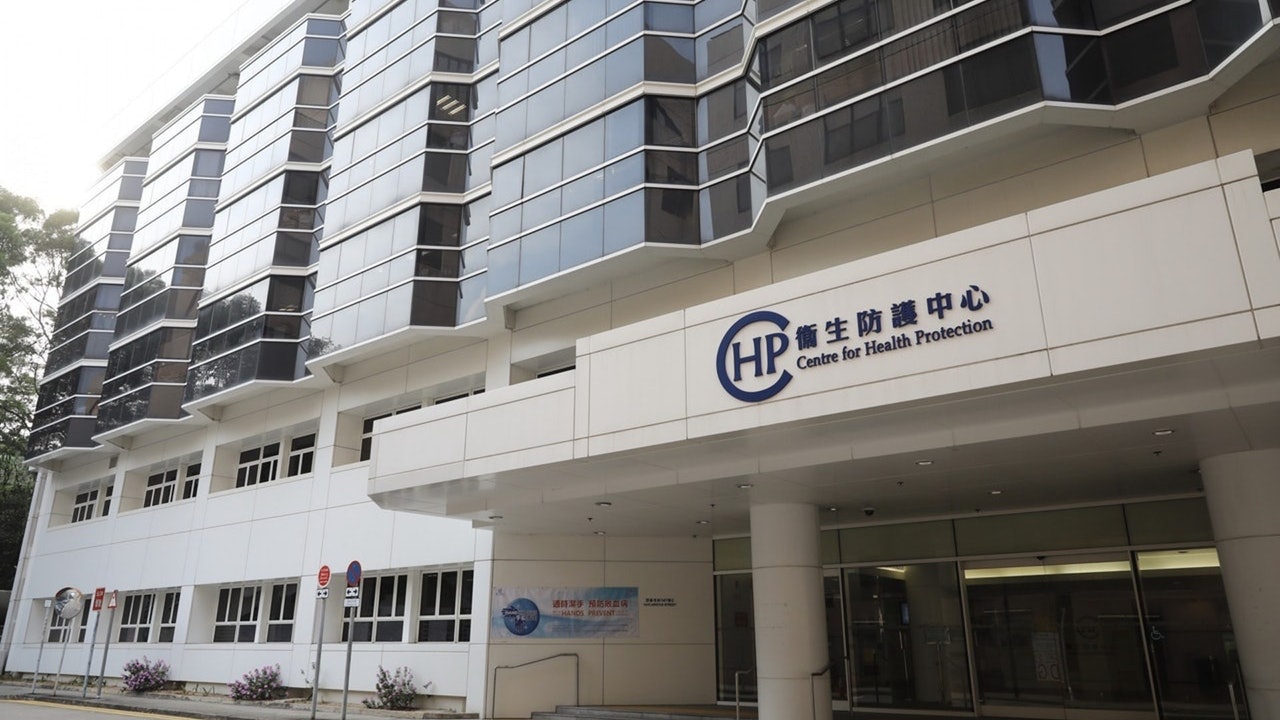 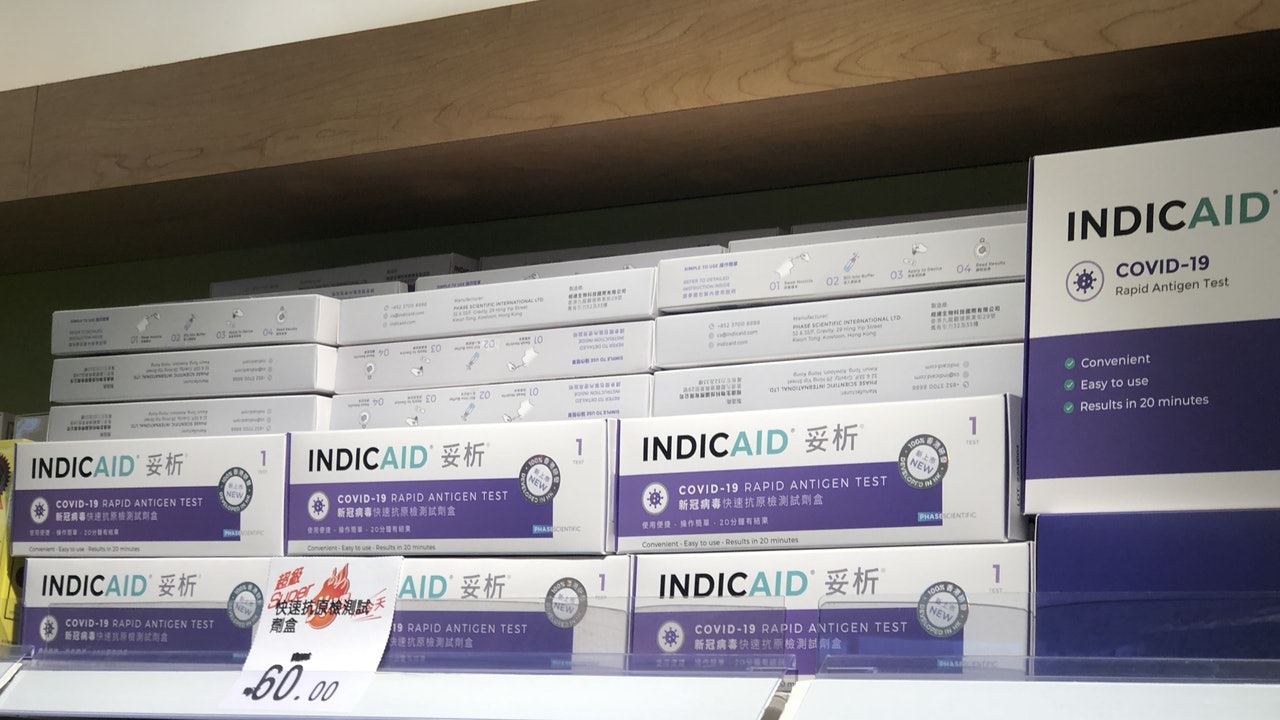 National Quick Test | Ou Jiarong: There are people who are positive and do not report the number of cases that are expected to be unpredictable 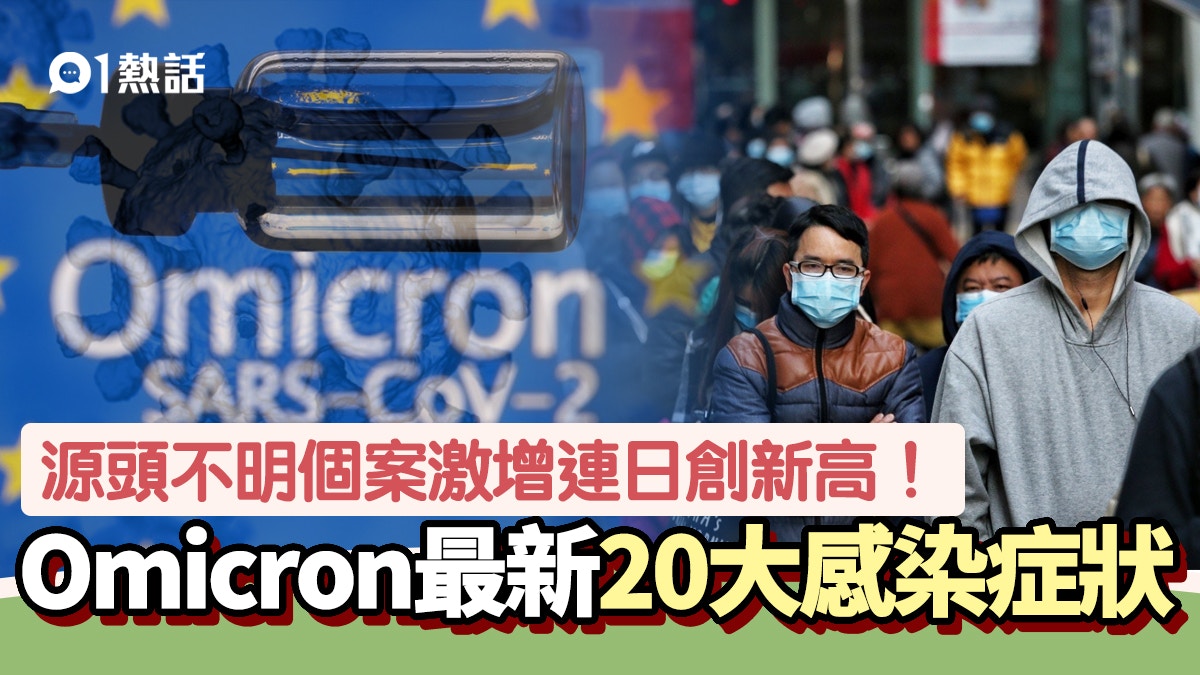 Today, there are 342 confirmed cases and more than 300 Omicron infections with 20 symptoms at the beginning! 2 parts of the pain be careful

ANALYSIS | How White "Replacement Theory" Evolved From Old Guard Racists To Online Teens, And The Inspiration Of Another Racist Mass Shooting
2022-05-21T13:16:34.673Z