Pioneers of electronic music: Unheard of sounds from the suitcase

Can and Amon Düül, Kraftwerk and Tangerine Dream: Young Germans revolutionized pop 50 years ago. Electronic classics were created from Berlin to Düsseldorf. Only at home did "Krautrock" hardly have any success. 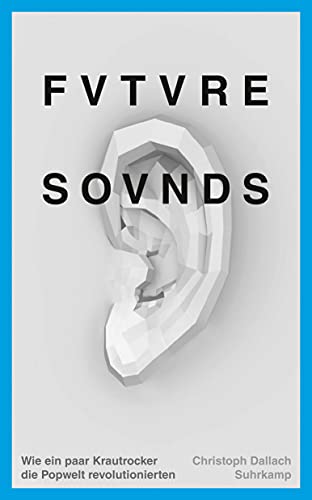 He had to save for a while.

In the summer of 1971 Thomas Kessler had raised 6,000 marks, flew to London and returned to Berlin with a small black suitcase.

The Swiss composer, 34, had invested his money in a portable analog synthesizer without a manual - the »Synthi-A« from the London company Electronic Music Systems.

The device was a sensation in Berlin, which has given him invitations to many parties, remembers Kessler.

They were the very first to sell this »Synthi-A« to the mainland, as the British gave it to take with it on its way back then.

Future Sounds: How a couple of Krautrockers revolutionized the pop world (Suhrkamp Taschenbuch)

Kessler, born in Zurich, had set up his first studio six years earlier in Berlin.

Inspired by avant-gardists like Karlheinz Stockhausen and Pierre Schaeffer, he experimented with three Revox tape recorders and a few microphones to explore new worlds of sound.

When in 1968 the basement of a vocational school on Pfalzburger Strasse in the Wilmersdorf district was offered as a studio, he accepted.

It was the starting shot for a musical revolution that began with him and his students lining the rooms with egg cartons to protect the neighbors.

Half a century ago, a young generation in Germany also rebelled against the establishment and traditions. She looked for fresh approaches in art, film, literature and music. Starting at »zero« is what Irmin Schmidt, founder of the Can group, once called it. He had completed his training as a conductor, but then, to the horror of his family, whistled on a middle-class career and instead started a rock band: "A typical decision in 1968," he says in retrospect.

Back then, young adventurers set out in many German cities in search of unconventional sounds.

What drove them was the longing to create something of their own instead of just sounding like the role models from England and the USA.

Music that didn't have its roots in R&B, rock'n'roll or jazz - because that was a different story, not your own.

The new technology of the synthesizers, which began to shape the sound of pop music in the early 1970s, went well with this.

When Thomas Kessler presented his apparatus to young musicians in the "Electronic Beat Studio" and they were able to try it out, they were still amazed: What is it?

Is that good for an individual sound?

But they quickly recognized the new possibilities and then shaped a music that was to cause a sensation worldwide.

At that time they first got their hands on a synthesizer at Kessler.

Send in the Krauts

Initially, the group played free blues rock in Berlin pubs and only transformed from a rock band into pioneers in electronic music in the "Electronic Beat Studio".

Tangerine dream albums like "Phaedra" or "Rubycon", today classics of the genre, sold hundreds of thousands of times in England, France and many other countries in the early 1970s, while in Germany they tended to fly under the media radar.

This alludes self-ironically to the contemptuous English term "Krauts" for Germans, as well as to the supposedly pop-cultural sideline of German musicians in an era that was shaped by British and American rock bands.

These backwoodsmen now moved out to prove to the world what else grows in Germany besides herbs.

In the USA, Tangerine Dream even caused a sensation in Hollywood: Froese and his gang provided directors such as Ridley Scott, Michael Mann and William Friedkin with soundtracks.

Maybe the band just released too many records that the mediocre ones overshadow the legendary ones.

In any case, Edgar Froese, who died in 2015, could only dream of worldwide respect, as Kraftwerk has experienced for a long time.

Berlin, Düsseldorf, Hamburg ... the main thing is in the front

Last autumn, Kraftwerk was even inducted into the Rock'n'Roll Hall of Fame - an honor, even if these Düsseldorf pioneers have little to do with rock'n'roll.

Specialists now agree that Kraftwerk is part of the world cultural heritage and has inspired countless musicians, as does the band Neu!

by Michael Rother and Klaus Dinger, also from Düsseldorf.

On the other hand, the popular story that Düsseldorf is the cradle of electronic music can certainly be debated.

Because when Kessler flew his EMS synthesizer to Berlin, Kraftwerk was still playing jazz rock - their first two albums haven't been put on for ages, as if they had never existed.

At least at the same time, Kraftwerk and Tangerine Dream released innovative records.

Kraftwerk went electronic in October 1973 with their (also never reissued) fabulous album "Ralf und Florian". Tangerine Dream, with the best line-up of Peter Baumann and Christopher Franke, had released the record "Atem" six months earlier and in February 1974 they followed up with "Phaedra", a fully electronic sequencer-synthesizer album: that is, pop-cultural revolutions in Berlin as in Düsseldorf .

At the beginning of the seventies, young savages tried their hand at fresh sounds all over Germany.

In Hamburg, for example, the brothers Wolf and Eckart Seesselberg conjured up mysterious electronic melodies with synthesizers they had built themselves.

Achim Reichel, who had copied the Beatles with the Rattles in the sixties, at the same time brushed off the beat past on the Elbe and explored abstract worlds of sound with AR & Machines.

And Faust's five extroverts decided to question everything that was established in music.

The English recognized the radically new

There was also an alarm in Munich: Florian Fricke went on a journey into the inner self with a Moog synthesizer as Popol Vuh and at the same time refined his friend Werner Herzog's films with soundtracks.

Or Suzanne Doucet - she had become known as a pop singer and suddenly set to music as a Zweistein fogged drug trip.

Back then, they all sounded out to what extent the structures of the familiar can be shredded, and in doing so modernized pop music.

Only: in Germany that hardly impressed anyone.

It was English people like BBC DJ John Peel and musicians like David Bowie and Brian Eno who recognized the radical newness of these strange Germans.

Eno even moved to the Lower Saxony forest for a while in the mid-1970s, where Michael Rother, Hans-Joachim Roedelius and Dieter Moebius had converted an old manor into a studio.

How much his stay inspired him can be heard on the Bowie Eno album »Low«, which was released shortly afterwards.

He still has a suitcase from Berlin

It is also fitting that the British entrepreneur Richard Branson and especially his cousin Simon Draper relied on bold German bands such as Faust, Can and Tangerine Dream for the young company Virgin Records.

Draper even claims that he came up with the genre term "Krautrock" for a newspaper ad.

What is certain is that none of these German visionaries would have come very far without abroad.

Today the so-called Krautrock is considered to be pioneering far and wide.

Later bands like the Red Hot Chili Peppers, Radiohead, Public Image Limited, The Fall, Coldplay or Blur - they all refer to the musicians from Berlin, Hamburg, Düsseldorf or Munich.

Thomas Kessler founded further studios after his time in Berlin, was a successful composer and is considered an avant-garde of electronic music.

A memorial plaque financed by Hollywood star Hans Zimmer has been commemorating his "Electronic Beat Studio" in Berlin-Wilmersdorf since last year.

Kessler, who now lives in Switzerland again, still has the black suitcase with the »Synthi-A« from EMS.

The device is a bit battered, he says - but you can still produce interesting sounds with it. Electronic beats in front of a mountain panorama: "Season of Sounds" festival in Lenggries for the first time 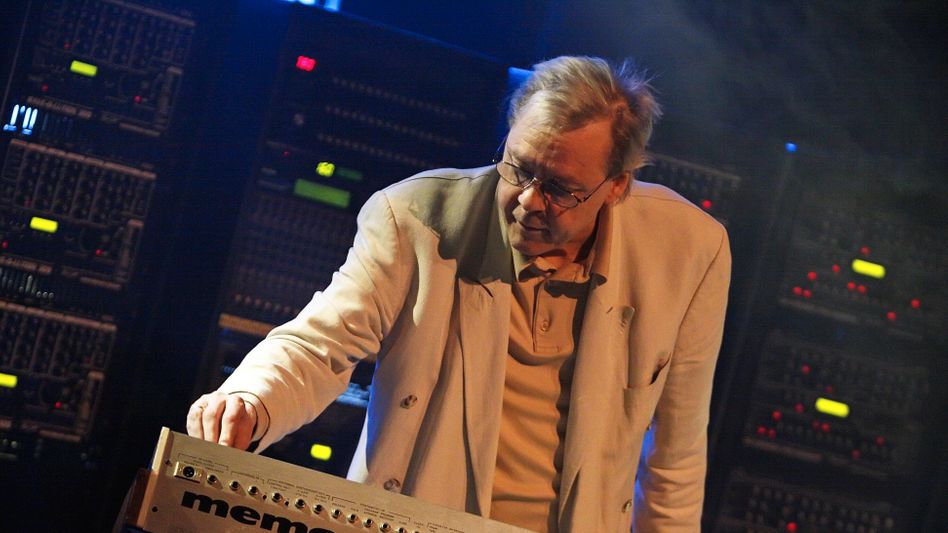 Obituary for Klaus Schulze: music that had never existed before 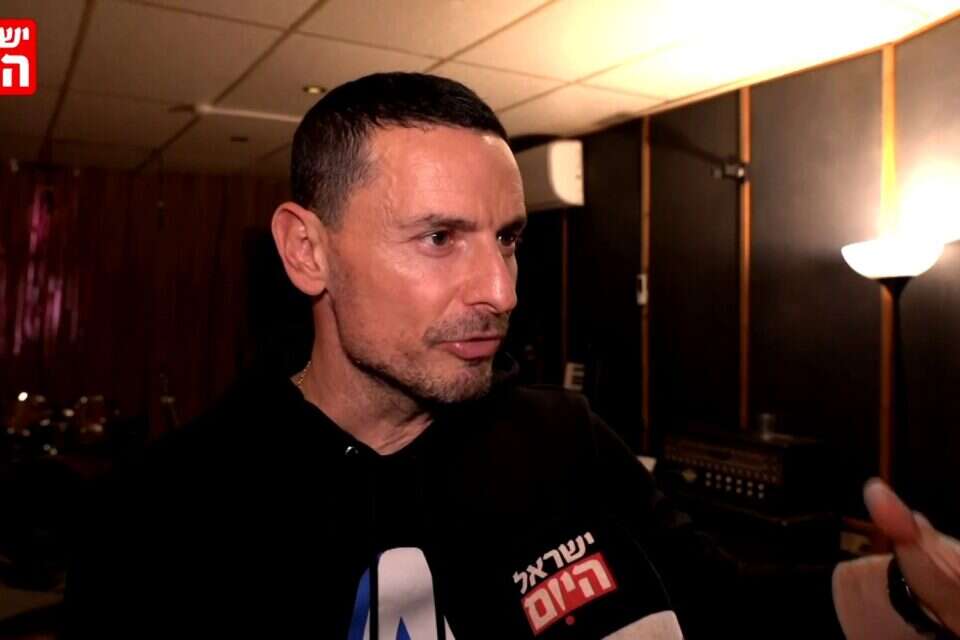 Guy Zo-Eretz: "Jackie Azoulay is an amazing contender and one should relax with the criticism of her" | Israel today 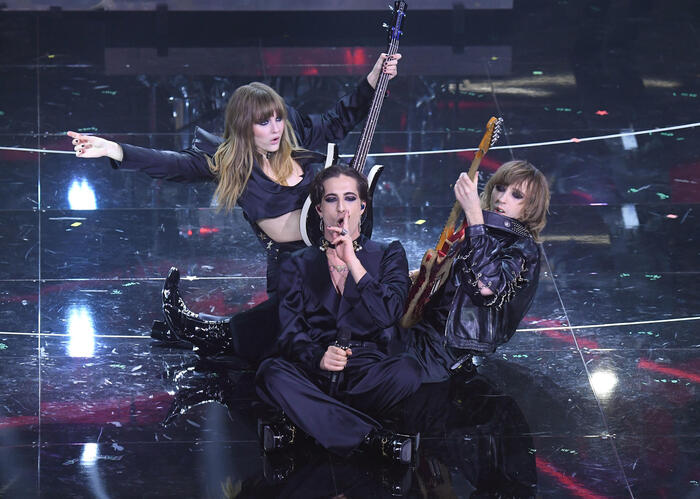 Coachella kicks off, the Maneskin on stage with the big names in music 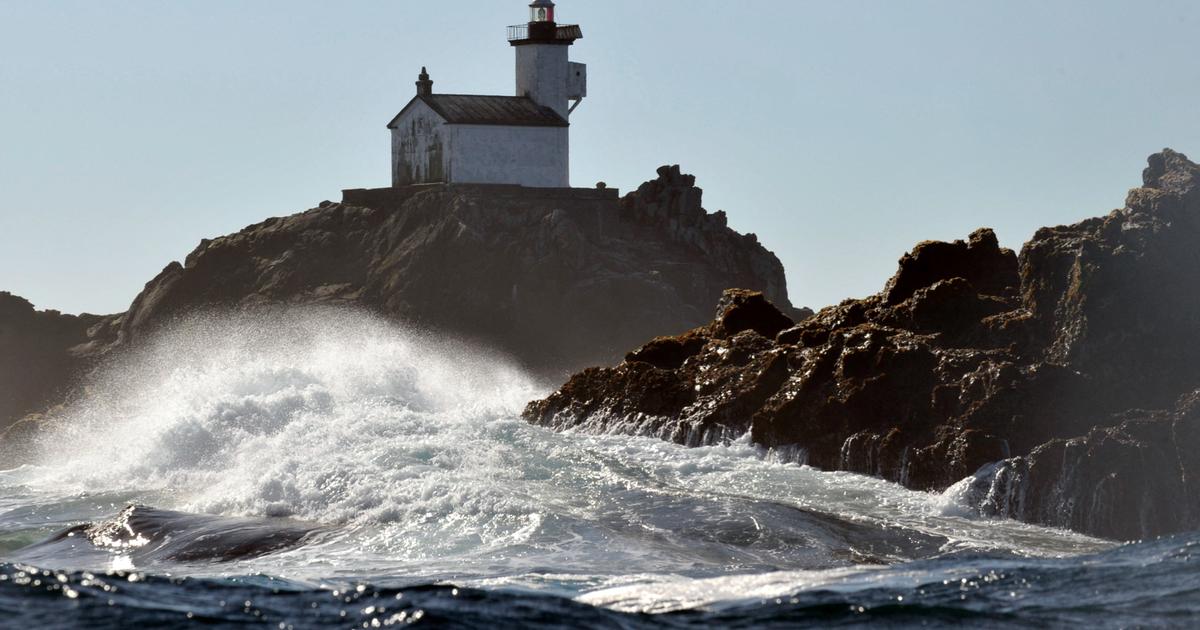 He tries to find the melody that drove the keepers of the cursed lighthouse of Tévennec crazy. 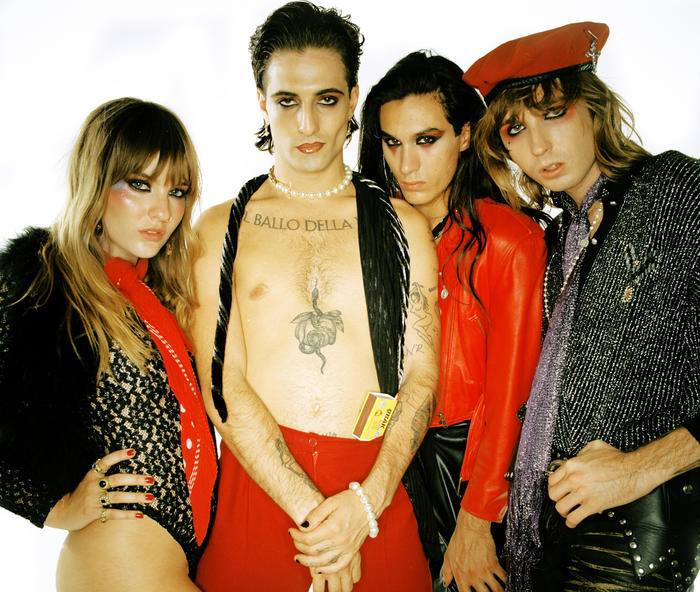 Maneskin on stage at Coachella tonight