Corona dead vaccine Novavax: Vaccine skeptics are threatened with bitter news - authorities could still prevent approval Created: 01/13/2022 05:09 AM From: Johannes Nuss The inactivated vaccine Novavax against the coronavirus could soon receive approval in the EU and Germany. But there are serious problems with the US authorities. Update from December 20th: The European Medicines Agency (EMA)

The inactivated vaccine Novavax against the coronavirus could soon receive approval in the EU and Germany.

But there are serious problems with the US authorities.

The European Medicines Agency (EMA) today recommended the approval of the Novavax vaccine.

After approval by the EU Commission, it will be the fifth vaccine to be approved in the EU.

Is it going much faster than expected? The so-called corona dead vaccine Nuraxovid from Novavax could be recommended for approval by the European Medicines Agency (EMA) before the turn of the year. According to the

Approval could take place this year, he said. With the corona vaccine, which is one of the protein vaccines, five vaccines would so far be available in the European Union (EU) and in Germany. The manufacturer from the USA applied for approval in the EU on November 17th. But: The EMA has been reviewing preclinical and clinical data on the vaccine in a so-called rolling review process since February, reports

Corona dead vaccines: The vaccine Nuraxovid from Novavax is about to be approved in the EU

In contrast to the Novavax vaccine, the products from Biontech / Pfizer and Moderna are mRNA vaccines and the vaccines from Astra-Zeneca and Janssen (Johnson & Johnson) are so-called vector vaccines. The weekly magazine

recently explained dead impurities in a simplified manner. In the case of classic live vaccines, for example, live pathogens are used, "whose disease-causing effects have been bred away in the laboratory, so to speak". It is then a matter of "pathogens that have been rendered harmless". In the case of dead vaccines, on the other hand, “only” structures are used, for example proteins from the pathogen surface, which, according to

, are recognized by antibodies and cells of the immune system. Sometimes pathogens are bred and then killed so that they can be administered as a whole “dead” virus. Then there is a so-called dead vaccine.

An alleged dead vaccine is about to be approved in the EU: the corona vaccine from Novavax.

But is the vaccine really a dead vaccine?

Gaithersburg - The corona virus is keeping Germany and the rest of the world in suspense.

The vaccination campaign is in full swing, but the second vaccinations are not really making any headway.

This still seems too little for the much-cited herd immunity.

The problem is vaccination skeptics and opponents.

Many of them wanted to rely on the dead vaccine from the US manufacturer Novavax, but there are now problems with the approval of the vaccine.

The manufacturer is working feverishly on a solution to the existing problem.

Without a solution, approval could be long delayed and the pandemic could spiral out of control.

There were currently more than 500 corona deaths across Germany on Saturday, December 11, 2021.

The situation is extremely critical.

In Lower Saxony, the corona regulations have just been tightened due to the Omikron variant of the corona virus and delta.

Even over Christmas and New Year, stricter corona rules should determine social interaction in Lower Saxony.

And the 2G rule that has been introduced in retail is also making it more and more difficult for unvaccinated people, when the news that there are problems with the approval of the inactivated vaccine from Novavax comes at an inopportune time.

The US inactivated vaccine Novavax could soon be approved in the EU.

But there are problems.

Because many of the lateral thinkers, corona opponents, vaccination opponents or vaccination skeptics had hidden behind the statement that they only wanted to be vaccinated with the dead vaccine.

The fact that these people can hardly be dealt with with facts and conclusive arguments is shown again and again in discussions.

Therefore, many hope that the dead vaccine Novavax could be the savior.

Novavax corona vaccine: dead vaccine the panacea for opponents of vector or mRNA vaccines such as Biontech or Moderna

Because the Novavax Corona vaccine is a so-called dead vaccine, the principle of which is also used in many other vaccinations.

Opponents of the mRNA vaccines or vector vaccines, such as those from Biontech or Moderna, claim that these are much more researched.

As a result, many people who oppose these vaccines are more open to a dead vaccine.

The fact that the inactivated vaccine Novavax, unlike Biontech's vaccine, can be stored in the refrigerator, had nourished hopes that it would be able to supply poorer countries with it.

For example, Indonesia approved the vaccine in the summer, followed shortly after by the island nation of the Philippines in Southeast Asia. Applications have been made for approval from the European Medicines Agency of the European Union, EMA, since mid-November. According to the manufacturer, the Novavax inactivated corona vaccine should be 90 percent effective and protect 100 percent against moderate and severe disease. The EU Commission had already ordered 100 million doses of the vaccine in August. Further deliveries are to follow in 2021, 2022 and 2023.

But now there are problems with the delivery of the vaccine and that could also threaten or at least delay the approval on the American market by the FDA - which also affects the EU.

In addition, quality standards are said to have not been met, reported Forbes magazine in its US edition.

The cracks in global supply chains due to the corona pandemic and the acute shortage of raw materials are contributing to this.

The problem, why the delivery problems threaten the approval of the corona vaccine Novavax and why the EU has to wait further, is that there is a vaccine approval only if the manufacturer can deliver without restrictions.

As soon as this has been remedied, according to Novavax boss Stanley C. Erck, the first 100 million cans will be sent to the European Union.

As it is said, the company wants to produce at least two billion vaccine doses in 2022 alone.

To solve the delivery problem, Novavax recently announced that it would enter into a cooperation with the world's largest vaccine manufacturer Serum Institut of India.

What is the difference between vector, dead or live and mRNA vaccines?

consist of viruses that are harmless to humans and that have been genetically modified so that their genome contains the genetic sequence with the blueprint for one or more components of the pathogen (antigen) against which the vaccine is directed . The Covid-19 vector vaccine candidates contain harmless, well-studied carrier viruses whose genome contains a gene that contains the blueprint for the SARS-CoV-2 surface protein, the spike protein.

do not contain any viruses that can replicate. In this respect, they can be equated with dead vaccines. Such dead vaccines are inactivated; they contain killed pathogens or pathogen components that can neither multiply nor trigger a disease.

contain gene segments of the SARS-CoV-2 virus in the form of messenger RNA (mRNA for short), which is also known as messenger RNA. Starting from the mRNA, proteins are produced in body cells after inoculation, which then stimulate the immune system to generate specific antibodies against SARS-CoV-2 and a cellular defense against SARS-CoV-2-infected cells, thus generating an immune reaction. Proteins that stimulate an immune response are called antigens. (Source: Robert Koch Institute)

Although the Novavax vaccine is widely described as a dead vaccine, if you take a closer look, that's not true.

Federal Health Minister Karl Lauterbach (SPD) wrote on Twitter that it is much more about a protein vaccine.

Novavax also presents this on its own company website. * Kreiszeitung.de and merkur.de are offers from IPPEN.MEDIA. 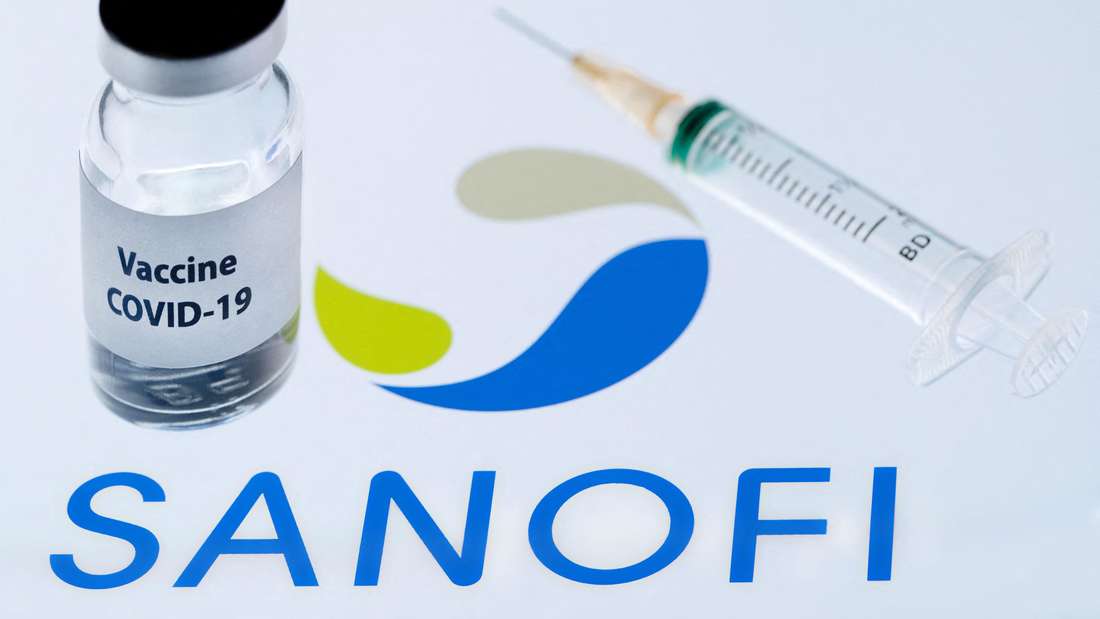 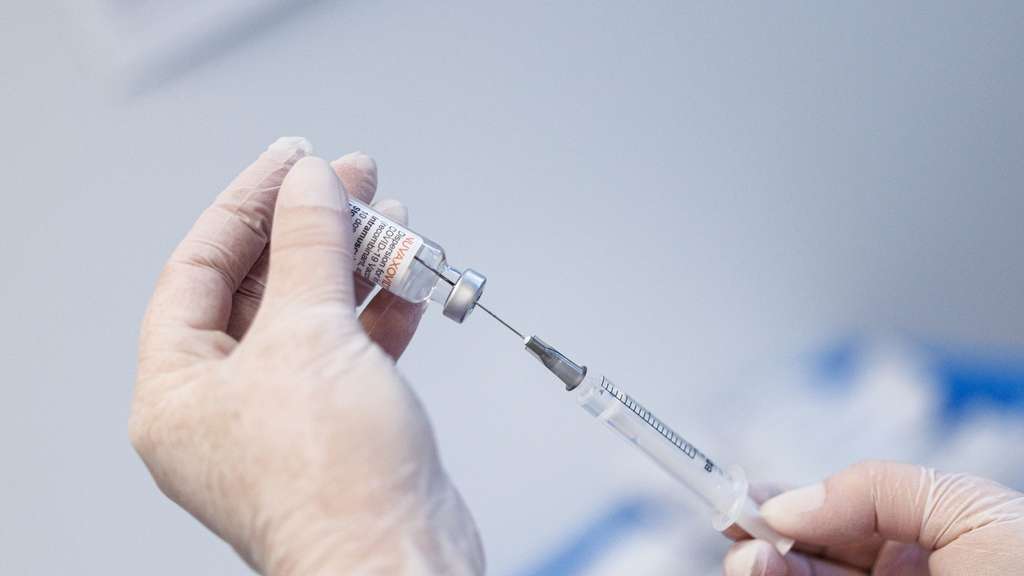 New Corona vaccine Novavax: Only one vaccination a day As recommended by STIKO: What you need to know about the Novavax vaccination