As technology advances, it is expected that commercial aircraft will be able to fly with a single pilot in the future. 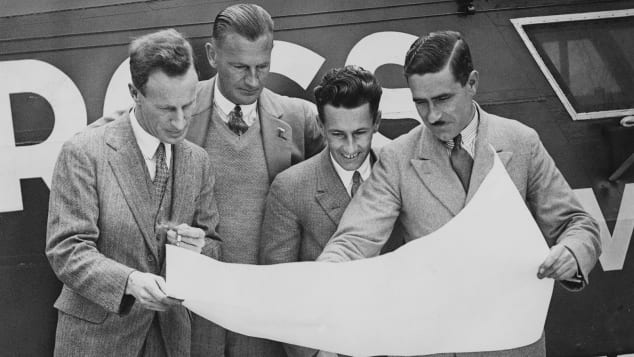 Watch how they rescue a pilot who was going to be hit by a train 0:45

If you could get on a 1950s airliner and peek into the cockpit, you'd see five people, almost certainly men, inside: two pilots, a radio operator, a navigator and a flight engineer.

Over the years, technical advances in radio communications, navigation systems, and on-board control equipment have eliminated the need for the latter three, making it possible to safely fly an airliner with just two pilots. .

That has been the norm in commercial aviation for about 30 years.

However, soon things could be further simplified, and one of the two remaining pilots, technically the first officer, could soon leave, leaving only the captain.

Many small and military aircraft are already manned by a single pilot, but for commercial aviation this would mean venturing into a new world.

"Transitioning from a two-pilot to a single-pilot cockpit will be significantly more challenging than transitions from a five-person to a two-person cockpit," says a 2014 study of single-pilot operations by NASA. , who has done research on the subject for more than a decade. According to the same study, a properly implemented change could "provide operational cost savings while maintaining a level of safety no less than that of conventional two-pilot commercial operations."

But how to get rid of a pilot safely?

One way is to vastly increase automation in the cockpit, devoting more tasks to computers.

Another is to delegate the same cockpit duties to the ground, with the remaining pilot working as a member of a "distributed crew."

This latter approach seems more feasible, at least in the short term, because much of what is needed to implement it already exists.

"Technologically you could argue that in many cases we're already there," says Patrick Smith, an airline pilot who flies Boeing 767s and author of the popular book and blog "Ask the Pilot."

"But doing that," he continues, "certain redundancies are eliminated and it's hard for me, because I make a living flying planes and even with two pilots in the cockpit things can get extremely complex, to the point of saturation of tasks for both. ".

In one of the scenarios proposed by NASA, the pilot who remains in the cockpit will be supported by a "super controller" on the ground, a trained pilot who could supervise several flights at the same time and even control the plane completely from a distance if necessary. necessary, for example, if the pilot in the cockpit becomes incapacitated.

Another option is the "port pilot", also a pilot trained but specialized in a specific airport, who could offer assistance to several planes arriving and departing from that airport.

NASA has tested these configurations by placing real crew pilots in separate rooms, before presenting them with difficult flight conditions in a Boeing 737 simulator.

All pilots were able to land their aircraft safely, but the study showed "a significant increase in workload" compared to regular two-crew operations, resulting in "subjective safety and performance evaluations dropped significantly.

The lack of visual cues from the other pilot sometimes led to confusion or uncertainty as to which tasks had or had not been completed.

Having a single pilot on board would save airlines money, but only if new ground handlers and advanced automation don't end up costing more, NASA says.

Other minor savings could come from smaller or lighter cabins on future planes.

Virtual windows would be the future of aviation 0:44

There is also another way to implement single-pilot operations, but only on long-haul flights, which currently require a third pilot to take over when one of the other two is resting.

In this case, the third pilot would be eliminated and the remaining two would operate normally during takeoff and landing, but take alternate breaks during the cruise portion of the flight.

"In that case, you go from two pilots to one pilot in certain flight regimes," says Smith.

Airbus and Cathay Pacific are already testing it on the A350: "We are conducting studies on flight crew operating patterns on long-range flights," an Airbus spokesperson confirmed to CNN.

"These studies are ongoing and are based on a minimum of two operational crews per flight. They are being carried out in conjunction with regulatory authorities and partner airlines."

The goal is to certify the A350 for this type of operation in the coming years.

Cathay Pacific also confirmed its involvement as "one of the airlines that is making a commitment to Airbus," a spokesperson told CNN, and that "this is a long-term commitment to a project that is still in its conceptual phase."

They added that even if the concept is approved and introduced in the future, "all aircraft in [Cathay Pacific's] current fleet are certified to operate with a minimum of two pilots on board and there are no plans to reduce that number." ".

Airlines are speeding up single-pilot operations not just because it could save them money, but because of a looming pilot shortage looming on the horizon.

Boeing predicts the need for 600,000 new pilots in the next two decades, but according to some estimates there will be a shortfall of at least 34,000 pilots worldwide by 2025. Reducing the number of pilots in some crews or aircraft could help mitigate the impact. of this situation.

However, the group that will offer the strongest opposition will probably be the pilots themselves.

"This is because we advocate to save our jobs, but also because we know very well how commercial aircraft work and the breadth of challenges that come with it," says Smith.

The International Air Line Pilots Association (ALPA), the largest union of airline pilots in the world, published in 2019 a document on the dangers of single-pilot operations. He called the idea "premature" and based on "many expensive and unproven technologies", stating that "the most vital safety feature on transport category aircraft now and for the foreseeable future [is] two experienced professional pilots, trained and rested in the cockpit.

The document also says that no autonomous system can compensate for an incapacitated pilot, and that there are many examples of incidents where two pilots were needed in the cockpit to recover from equipment failures that would have otherwise likely led to disaster. .

One such incident, often cited as a shining example of cockpit collaboration, is the 2009 safe landing of US Airways Flight 1549 in the Hudson River by Captain Chesley "Sully" Sullenberger and First Officer Jeff Skiles.

Germanwings Flight 9525 from 2015, in which the first officer locked himself in the cabin while the captain was on a bathroom break, then intentionally crashed the plane into a mountain in an apparent suicide, is also often mentioned. to highlight the risks of leaving a single person in command of an aircraft.

Would the passengers allow it?

Perhaps the biggest hurdle in the way of reducing the number of pilots is selling the idea to passengers.

In 2019, Don Harris, Professor of Human Factors at Coventry University, UK, conducted a focus group and survey on the prospect of flying a single pilot airliner.

Only 50% of the participants said they would be willing to take such a flight, and the general consensus was that removing a pilot is "dangerous until proven safe." The top three factors in participants' decision process were pilot status, confidence in technology, and a combination of ticket price and airline reputation, indicating that a significantly reduced fare would help sell the idea. In the study, Harris concludes that the single-crew airliner is probably still about 20 years away, but that legislative advances could make it a reality sooner, if only for cargo planes.

Smith agrees: "There may be room for something like that further down the aviation chain, small aircraft or cargo operations, air taxi operations, or charter flights. But implementing it at the major airline level, that's a long way off." ".

According to Richard Aboulafia, aviation analyst at Teal Group, the change will take many more years, but it is inevitable: "I don't think the perception of passengers is very important, but establishing guaranteed and secure data links with ground stations is a necessity, and of course adequate time for regulators and insurance people to feel comfortable with this as well.

Removing a pilot from the cockpit, however, will help develop the technology needed for the next and final step: eliminating human pilots altogether and flying planes remotely or autonomously.

That, however, sounds like an even more complicated conversation: "Two drivers to one driver is a big step," Smith says, "but one driver to no drivers is a huge one." 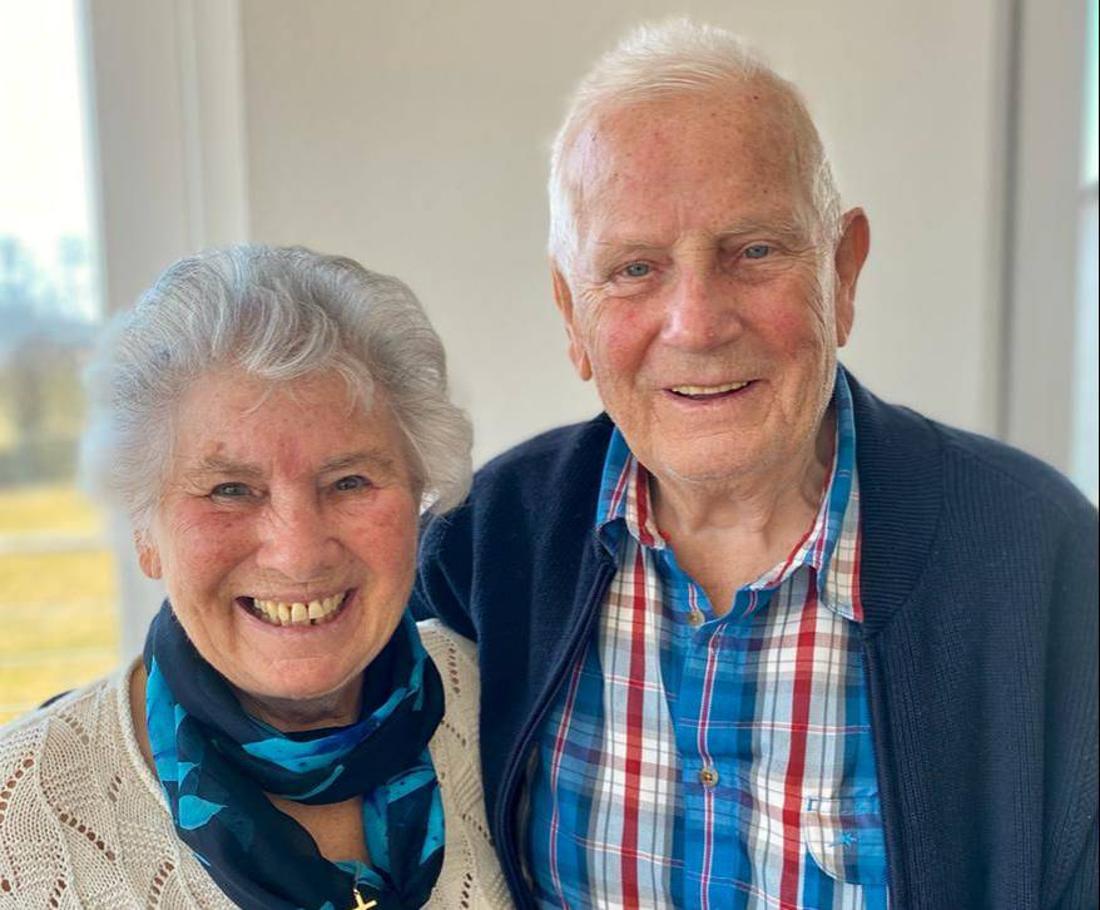 How the parachute got into the communion dress 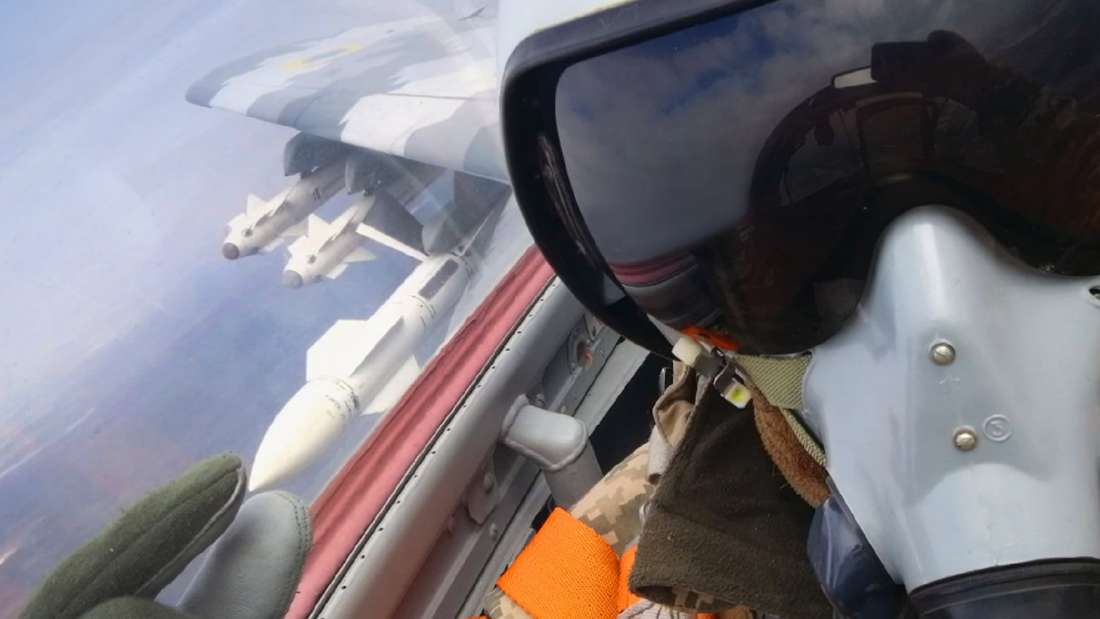 "Ghost of Kyiv" shot down? Ukraine military is now correcting the legend

"Ghost of Kyiv" shot down? Ukraine military is now correcting the legend 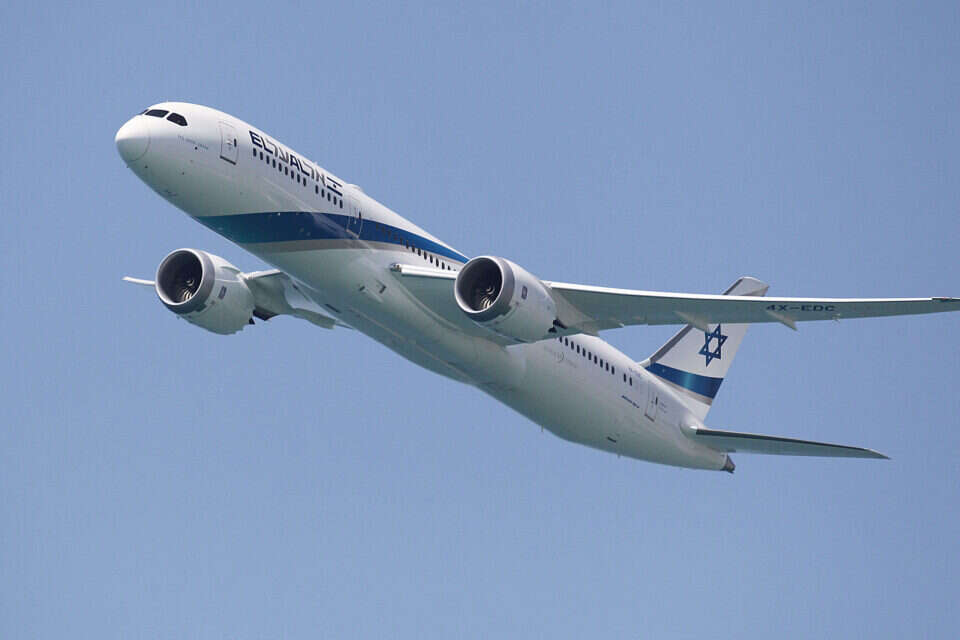 Afraid of flights? You must read this article Israel today 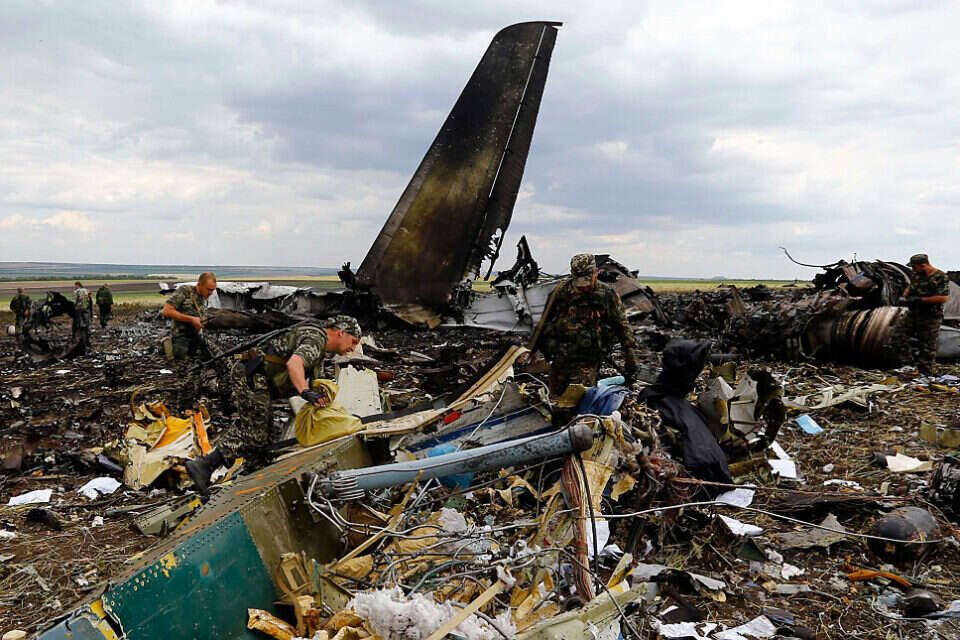 "Eliminated 49 Russian fighter jets": Is the "Ghost of Kyiv" a myth or a real person? | Israel today 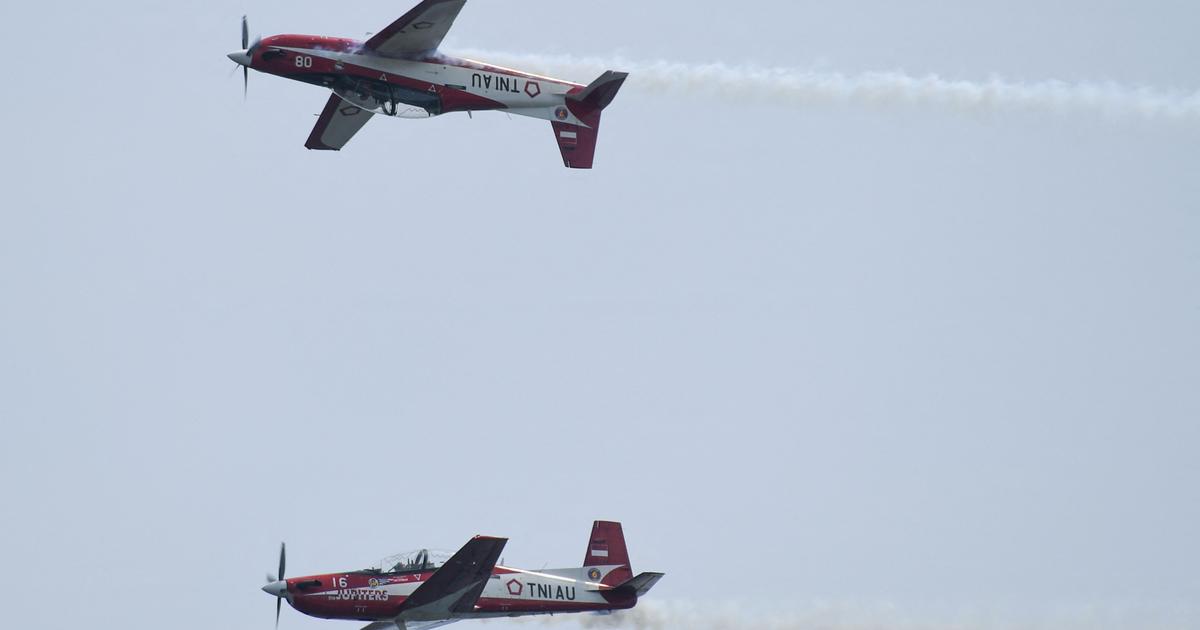 The source of the boom in the center: a fighter pilot who exceeded the speed limit; Fined for NIS 500 - Walla! news 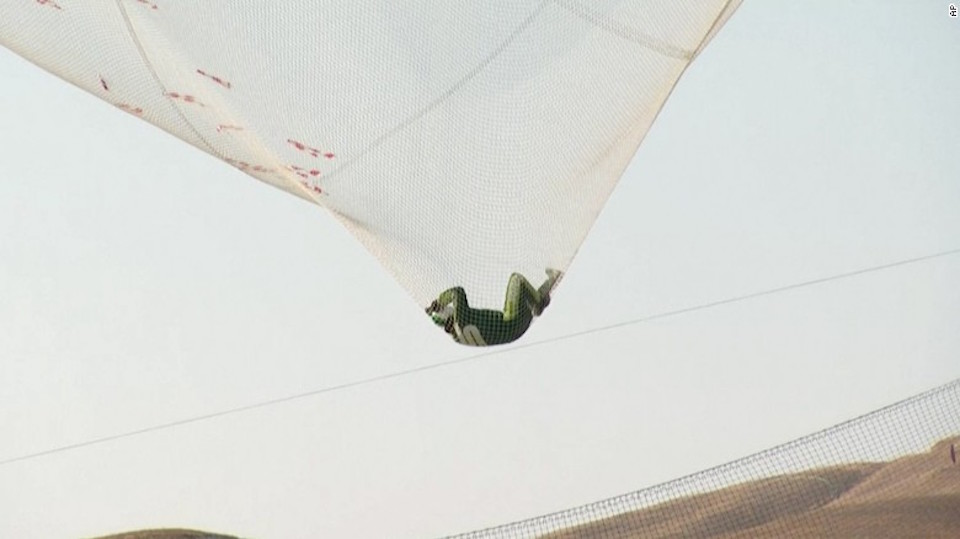 Failed attempt and accident: this is how the aircraft exchange test ended in the air