Pilgrim mass bath in the Ganges: "We pray to the gods that Corona will stop"

In India, the corona numbers are rising again as rapidly as in the deadly wave of early summer 2021. Nevertheless, hundreds of thousands are making a pilgrimage to the Ganges. They bathe without distance - and pray for an end to the pandemic. 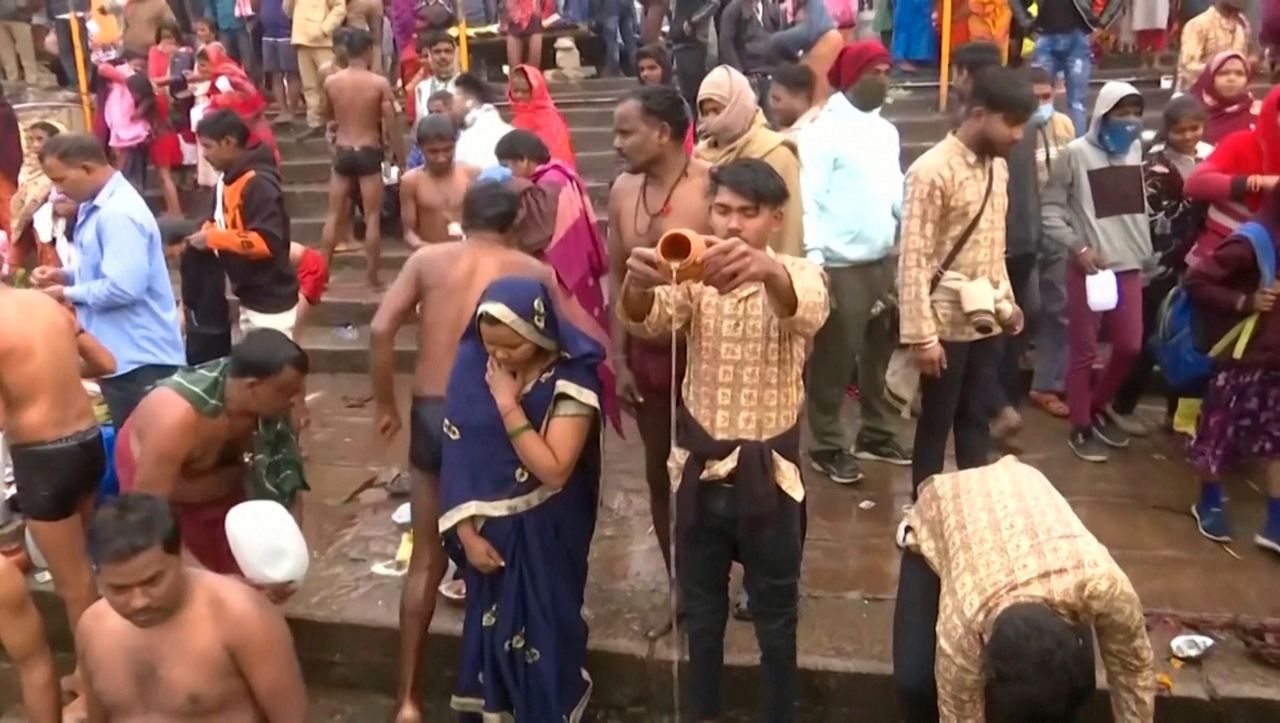 Hundreds of thousands of Hindus bathe in the holy river Ganges this weekend - keeping your distance: impossible.

»People stand close together here, most of them without masks.

There are loudspeaker announcements, but nobody follows the guidelines.

What should the government do?

The fault is ours if we don't follow the rules.«

The corona numbers in India are rising just as rapidly as during the devastating wave in early summer last year.

The Ministry of Health reported more than 260,000 new cases on Friday.

Daily new infections have doubled in less than a week.

Despite this, people celebrate the Makar Sankranti pilgrimage festival.

It is said to mark the end of the coldest season - and, mythologically, the moment the sacred river Ganges first met the ocean.

“This is a day of piety and promise.

Anyone who bathes in the Ganges today, prays and donates cows will reap rich, spiritual fruits.«

Authorities watch with concern those who follow this promise.

The effects of the delta wave are still too present.

At that time, too, a pilgrimage festival on the Ganges contributed to the infections - »Kumbh Mela«.

However, this is significantly larger and rarer than the current one.

“We did what we could.

We constantly urge believers to keep their distance.

Here are people from all over India.

We don't want the virus to spread again."

For some, however, the religious ritual is important precisely because of the pandemic.

"We all have fear in our hearts,"

“So we pray to the gods that Corona stops.

That they free us from the pandemic.

We ask that they finally give us back our old lives.«

However, that is not even half of the population.

Pilgrim mass bath in the Ganges: "We pray to the gods that Corona will stop" 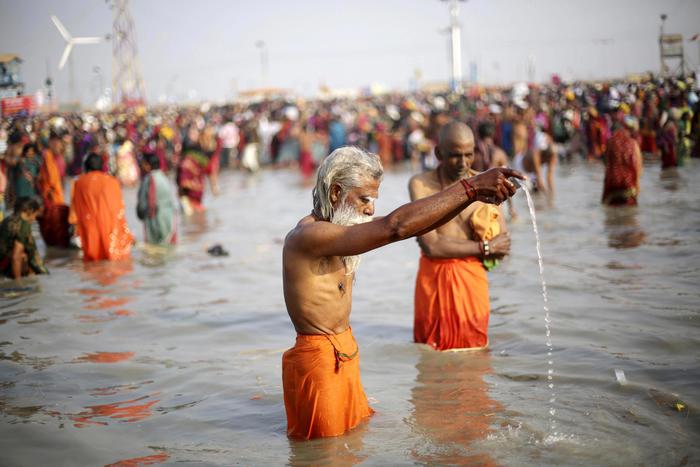 India: alarm over a rally on the Ganges, risk of super-firing From Cairo.. Archbishop Krikor: Syria was and will remain a country of peace and love 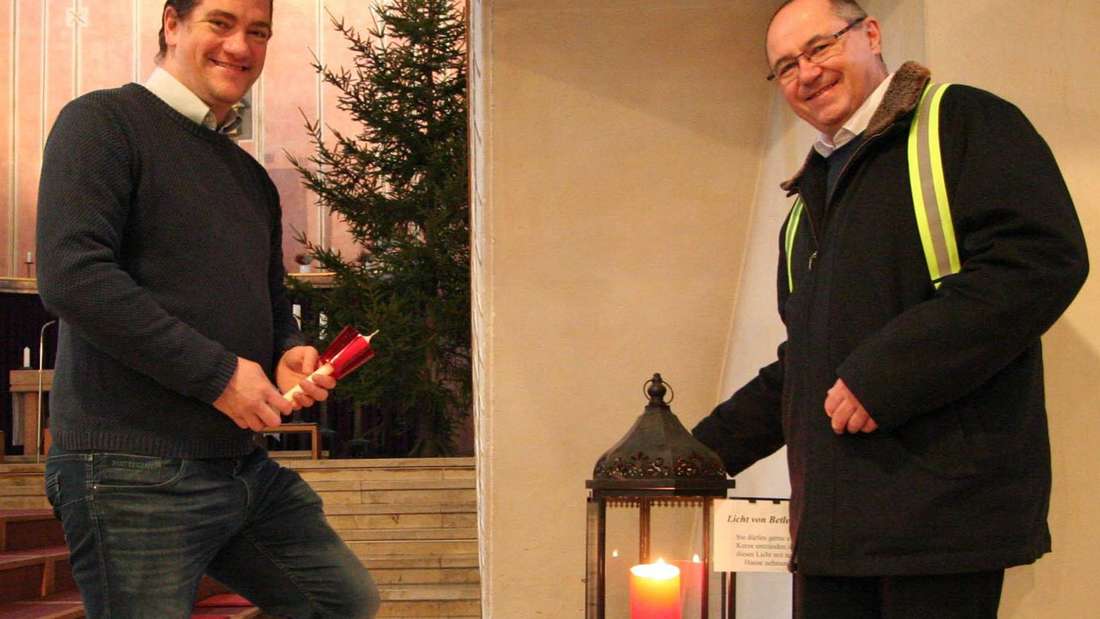 On the doorstep: 20 small open-air celebrations on Christmas Eve Common by far: Nine days of parish festival in Poing 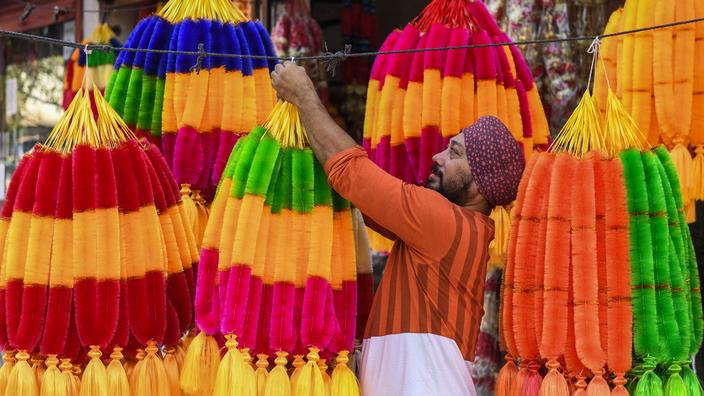 Diwali: India celebrates its festival of lights (and our ideas for doing the same in Paris) 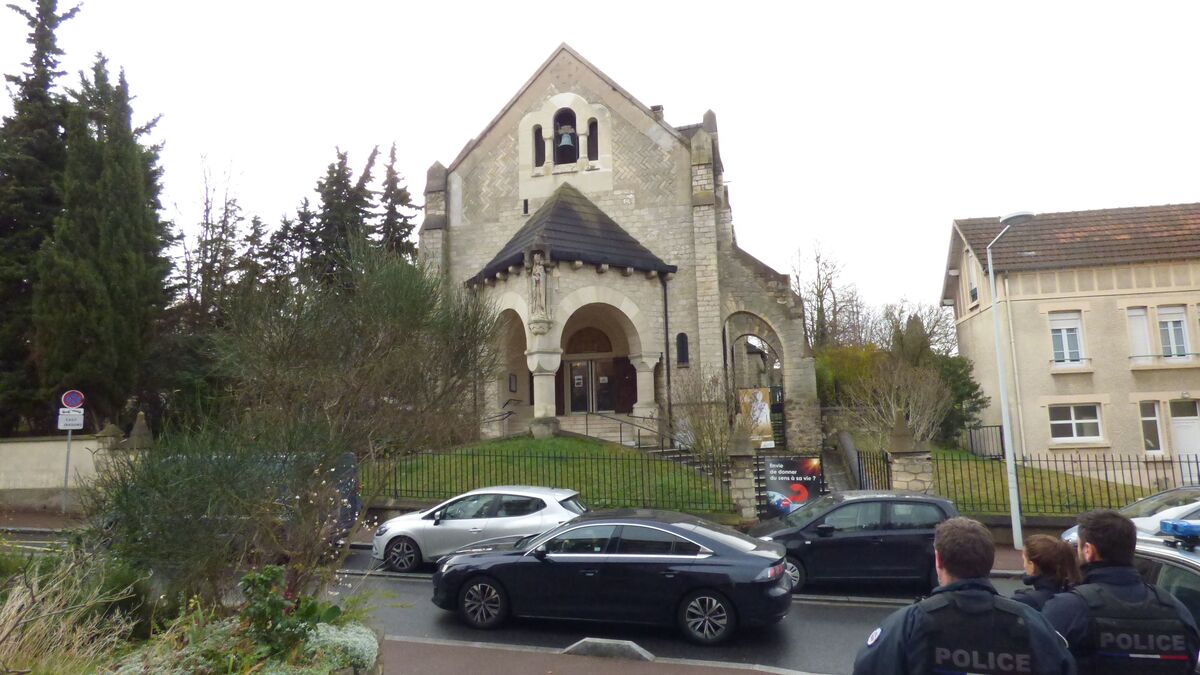