The Tokyo Olympic gold medalist will represent the Hong Kong team in the Paris station on Sunday (16th). This article introduces the competition system, the Hong Kong team's swordsmen and main opponents, and also tells you how to watch the live broadcast.

What is the competition system?

This "World Cup" is not a four-yearly, top-level competition like the Football World Cup. The "Fencing World Cup" has 5 events a year. Although it is not the top international competition, it is because the swordsmen strive for ranking points. The important way is still to gather the highest level of swordsmen, and the difficulty is also the top; the higher level, there are the annual continental championships, and the world championship to determine the "world champion"; but the top level, of course, is 4. Annual Olympics.

The World Cup gathers top swordsmen. The picture shows the world number one Kegoni (second from right) and Olympic gold medalist Zhang Jialang (first from right) in the top 4 of the World Cup Paris Station.

2. What is the difference between the team competition and the individual competition?

The team competitions are all played in the name of the representative team. Each team has 4 swordsmen, 3 main players and 1 reserve, and substitutions can be made in the middle of the game. For the second confrontation, each game is 3 minutes, each game is scored 5 points, the first game is 5 points, the second game is 10 points, and so on, until the 45 points in the 9th game, the team with the fastest 45 points will win.

Cai Junyan (from left), Zhang Xiaolun, Zhang Jialang and Wu Nuohong will cooperate in the team competition of the World Cup Paris Station.

However, it should be noted that, due to the "point-pulling system", if a game fails to complete 5 points within 3 minutes of the game, the swordsman in the next game can complete the remaining points of the previous game. For example, the first game is scored as 1: 1 tie, the two swordsmen in the second game can play more than 5 swords, and the competition will not be completed until 10 points, which means that even in the last round, no matter how far behind, as long as the opponent does not take 45 points first, there is still a reversal. This means that the swordsman who plays in the last round has the heavy responsibility of "guarding the tailgate", usually by the strongest swordsman in the team.

Revisiting the Foil Competition System and Enhancing the Fun of Watching:

3. What was the Hong Kong team's record in the World Cup in the past?

The Hong Kong team won the silver medal in the men's foil team at the St. Petersburg World Cup in 2019, the best result in history. The fencing players at that time were Zhang Jialang, Cai Junyan, Zhang Xiaolun and Yang Zijia.

4. Who will the Hong Kong team send to fight?

Since there are many swordsmen in the men's foil team, there are 12 swordsmen participating in this trip to Europe. The coach will usually decide on the team competition based on the performance of the individual competition.

In the team competition in Paris today, the Hong Kong team will be played by Zhang Jialang, Cai Junyan, Zhang Xiaolun and Wu Nuohong from the original team of the Tokyo Olympic Men's Flower Team Competition.

In addition to Zhang Jialang who won the individual championship among the 4 swordsmen, Cai Junyan, ranked 11 in the world, also entered the top 8, leading 14:15 to lose to the Italian swordsman Alessio Foconi, the world number 1; "Big Brother" Zhang Xiaolun also entered the main match and defeated world No. 6 American swordsman Nick Itkin in the round of 64. The 36-year-old Hong Kong will lose to French swordsman Meddy Elice in the round of 32.

During the Tokyo Olympics, the head coach of the Foil Hong Kong team, Gregory, was initially selected as Zhang Jialang, Cai Junyan and Zhang Xiaolun, but Wu Nuohong replaced Zhang Xiaolun, who had an average performance at the time, on the way to the top 8 against Russia. Although the Hong Kong team lost, eventually Finished in 7th, but the crowd was impressive.

5. Who is the biggest opponent of the Hong Kong team?

According to the schedule, the Hong Kong team is in the yellow lane in the round of 16 and will face the winner of Brazil and the Netherlands in the round of 32; if they advance, they will have a good chance to face Italy, which is also in yellow kendo and ranked fifth in the world. It will be an uphill battle if it comes true.

When the Hong Kong team won the silver in the 2019 World Cup in St. Petersburg, they lost to the United States in the final. According to the promotion route, if the Hong Kong team and the United States both reach the top four, they will meet; The kendo Russian team and the red kendo French team won silver and gold medals in the Tokyo Olympics respectively. In addition to Hong Kong, the Asian teams are also worth noting.

The top three winners of the men's flower team competition at the Tokyo Olympics last year, from left: the Russian Olympic Committee (silver), France (gold), and the United States (bronze), all ranked above Hong Kong.

6. Why did the competition start from the round of 32, but the Hong Kong team only started to play in the round of 16?

Like the individual competition, the team competition is also ranked higher to become a seeded team and can go straight to the later stage.

The Hong Kong men's foil team is currently ranked 4th in the world, after the United States, France and Russia, and has become one of the top 32 teams that have won the "fight-free" competition.

Top 32: Expected to start at 4 pm (Hong Kong team does not need to play)

Top 4 and finals: To be determined

8. Where can I watch the live broadcast?

The competition will be broadcast live on Youtube, which can be watched on ESCRIME TV

, the official channel of the French Swordsmen

Fencing World Cup | Hong Kong Team Men's Sabre Biography Victory News Luo Haotian and Chen Zhixuan join hands to advance to the main competition Fencing World Cup | Zhang Xiaolun and Zhang Jialang and Cai Junyan enter the main competition female Pai Lin Yanhui to advance to fencing | Jiang Minxi looks back after the challenge cup is sealed The immature self a few years ago: He Shibei is a role model in fencing | Hong Kong's third He Weihe Challenge Cup top 16 stops a series of defeats such as "can't cross the high wall" fencing | Male flower detection overdue boarding opportunity delays delay for one day to start European competition Xingjing and Fencing｜The first sister of the female flower, Zheng Xiao, stopped to create the best fencing of the women's team for the top 8 in the World Cup. 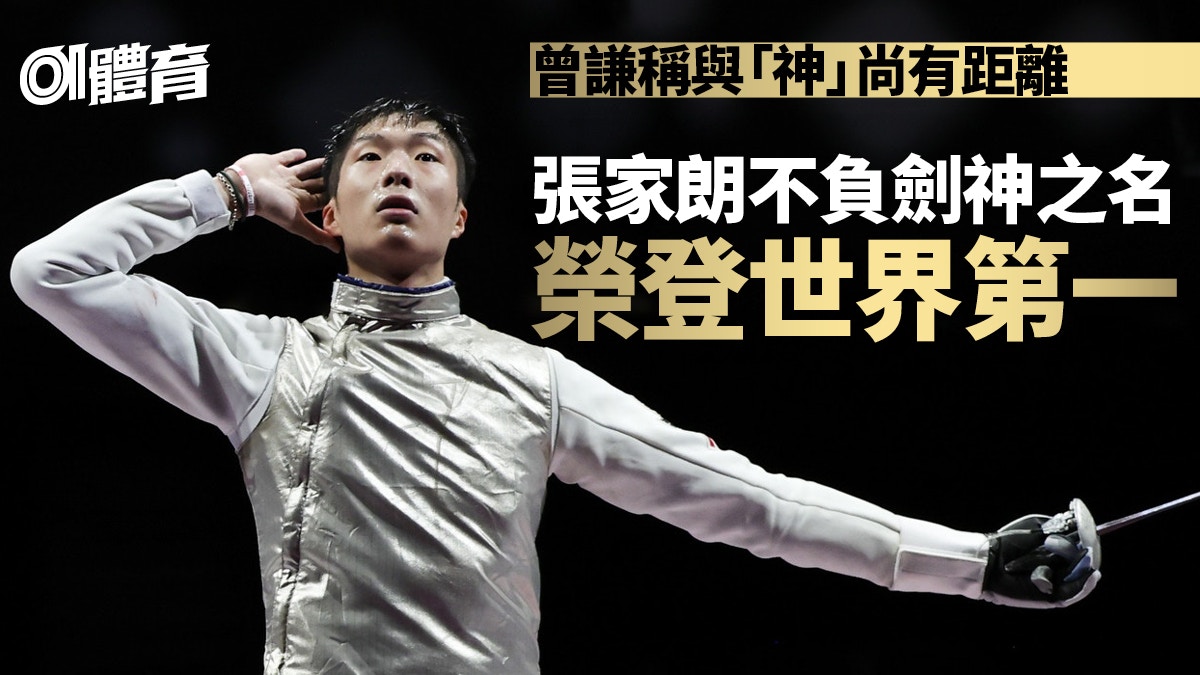 Zhang Jialang is the No. 1 in the world and the second after Jiang Min-min 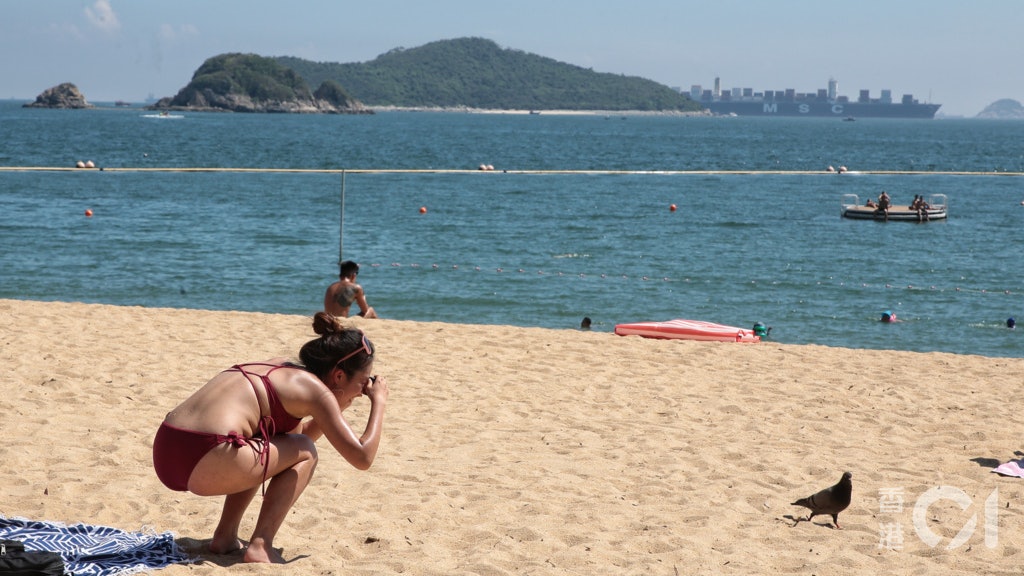 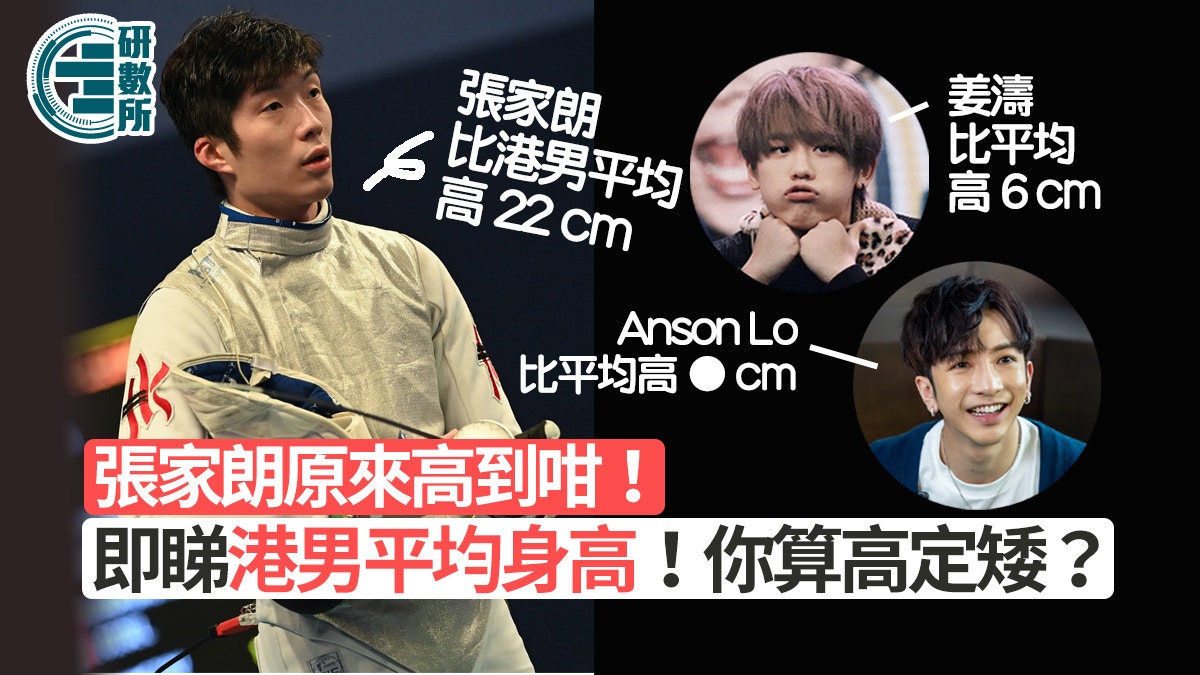 Zhang Jialang rose to the world's number one | Sword God turned out to be so high! That is, look at the average height of men in Hong Kong, you are tall and short 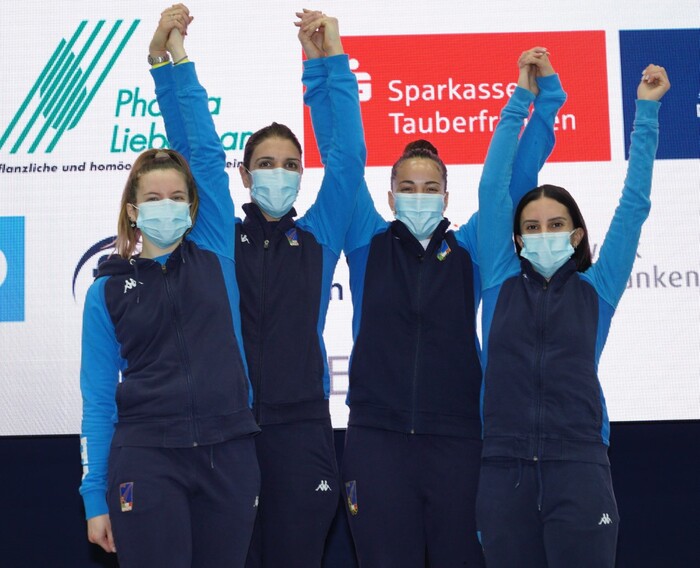 Successes in the World Cup, Italy of foil flies 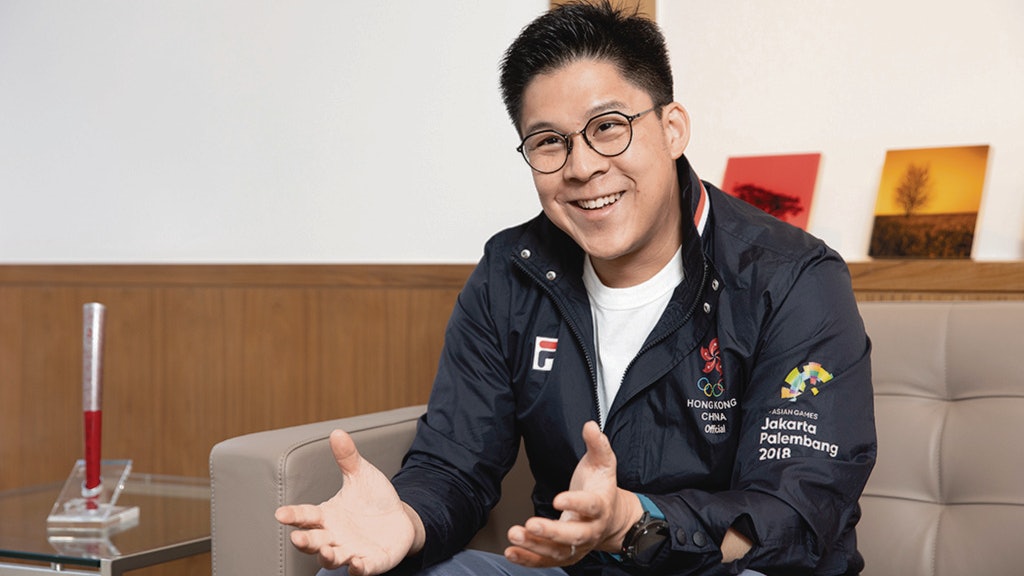 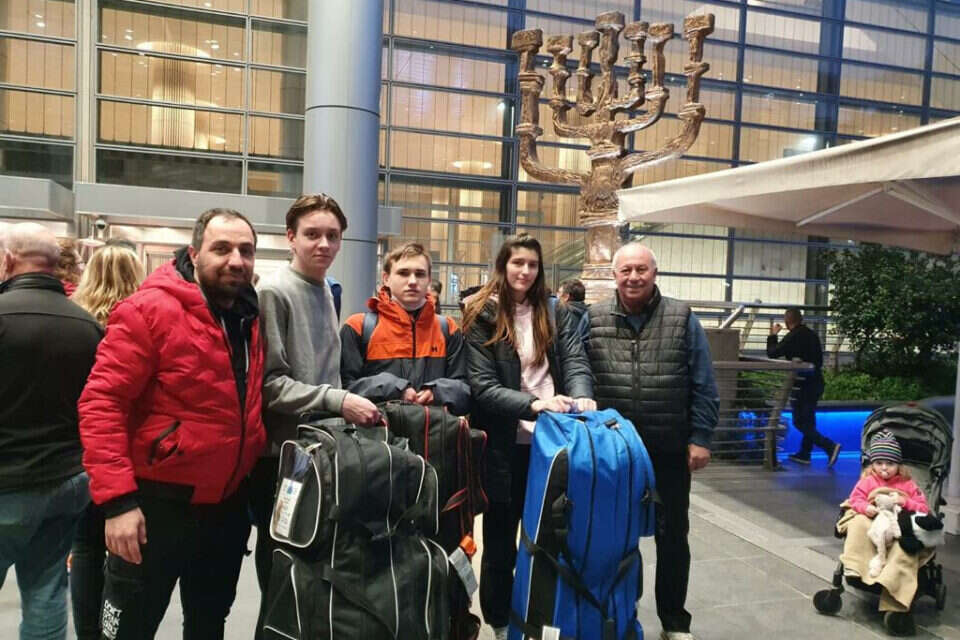 War in Ukraine: the French Olympic Committee recommends in turn the banishment of Russian athletes 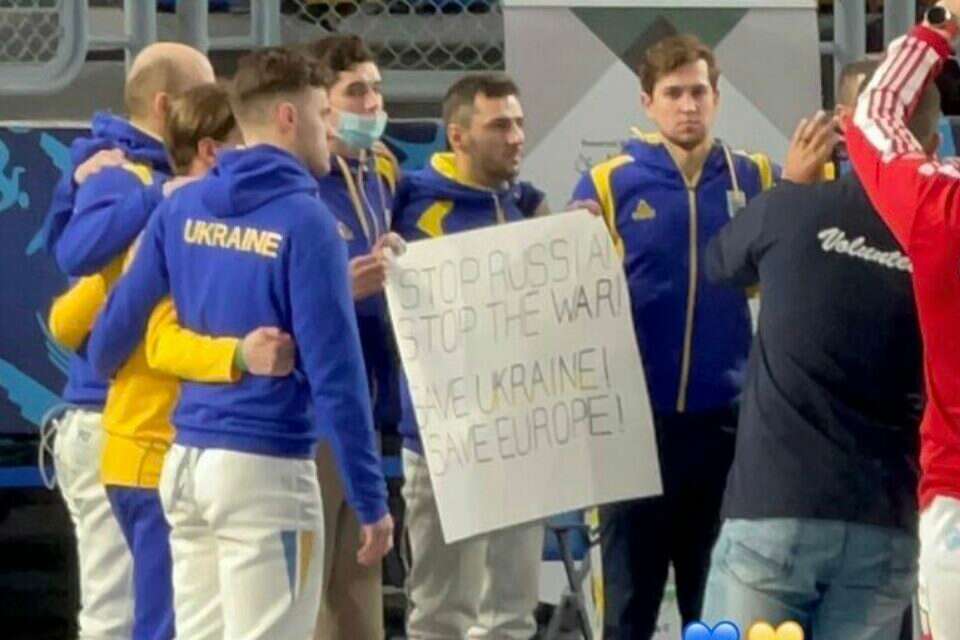