New traces of missing persons: Large-scale search in the Erding region - Kripo is puzzled Created: 2022-01-17Updated: 2022-01-17, 11:20 am By: Hans Moritz Search dogs from the Aschheim and Hochbrück fire brigades and the Munich Workers' Samaritan Association searched the extensive area between Bockhorn and Fraunberg on Sunday. It's a mantrailer. © Hans Moritz A large-scale search operation too Search dogs from the Aschheim and Hochbrück fire brigades and the Munich Workers' Samaritan Association searched the extensive area between Bockhorn and Fraunberg on Sunday.

A large-scale search operation took place in the Erding district at the weekend.

A pensioner from Walpertskirchen has been missing since the beginning of last week.

Now there were new tracks.

Fraunberg/Bockhorn - The search for the 79-year-old pensioner Adolf Koller from Walpertskirchen was resumed on Sunday after the dementia patient's clothing was found on Saturday afternoon.

But the man is gone.

The police no longer expect to find the man alive.

As reported, the 79-year-old was last seen by relatives on Tuesday evening.

On Wednesday, the police began looking for the man who may have lost his bearings.

On Thursday, 130 firefighters from 15 fire departments took part – without success.

According to a spokesman for the Oberbayern Nord police headquarters, witnesses reported on Saturday that they had found items of clothing that could belong to Adolf Koller.

The items of clothing that the family could assign to the missing person were in Aurlfing (Bockhorn).

That means Koller must have covered a good ten kilometers to get here alone.

The finding of the clothes does not surprise the police.

The spokesman for the presidium told our newspaper: "This is a phenomenon of severe hypothermia.

People feel a hot flash again and undress.” This was also confirmed by a member of the Arbeiter-Samariter-Bund.

On Sunday morning, the police resumed the search in the freezing cold.

"We leave no stone unturned, not least so that the relatives have certainty," said one of the officials.

The search dogs picked up the smell of the clothing and then the scent.

It continued in a northerly direction – to the hamlet of Helling, which belonged to Fraunberg and was another two kilometers away.

The coordination office for video/media technology in southern Bavaria also moved there.

The special police unit is based at the airport.

She used two drones and searched the route, as well as wooded areas and streams.

Later, a police helicopter flew over the route again.

Meanwhile, the search dogs pushed further – to an empty farm on the eastern outskirts of Helling.

At one point the dogs struck clearly.

The emergency services took a close look at the property, but Alfred Koller has disappeared.

Search operation for missing persons: there is hope for a short time – the police are surprised

In the midday hours, there was a brief glimmer of hope that the pensioner had been found.

Residents from Aurlfing reported a man in a meandering stream who could not be spoken to.

There, the emergency services met a – living – man who could not provide a conclusive explanation as to why he had not responded to the calls from the neighbors.

What surprises the investigators - the case was taken over by the Erding Kripo or their permanent criminal service: if Koller did in fact take off his clothes in Aurlfing, he must have walked several kilometers almost naked.

At nightfall, the search was called off on what is now the fifth day.

The detective must now decide how to proceed.

It is possible that Koller visited a barn or a barn.

That would make the search more difficult, especially in winter when agriculture is at a standstill.

The police are again asking the public whether they have seen Adolf Koller anywhere since Tuesday evening.

He is 1.74 meters tall, weighs 75 kilograms and wears a crown of hair or a bald head.

He was last seen wearing green corduroy pants and a gray jacket.

It would be helpful if farmers or landowners inspected their barns or summerhouses.

You can read more news from the Erding region here.

By the way: everything from the region is also available in our regular Erding newsletter. 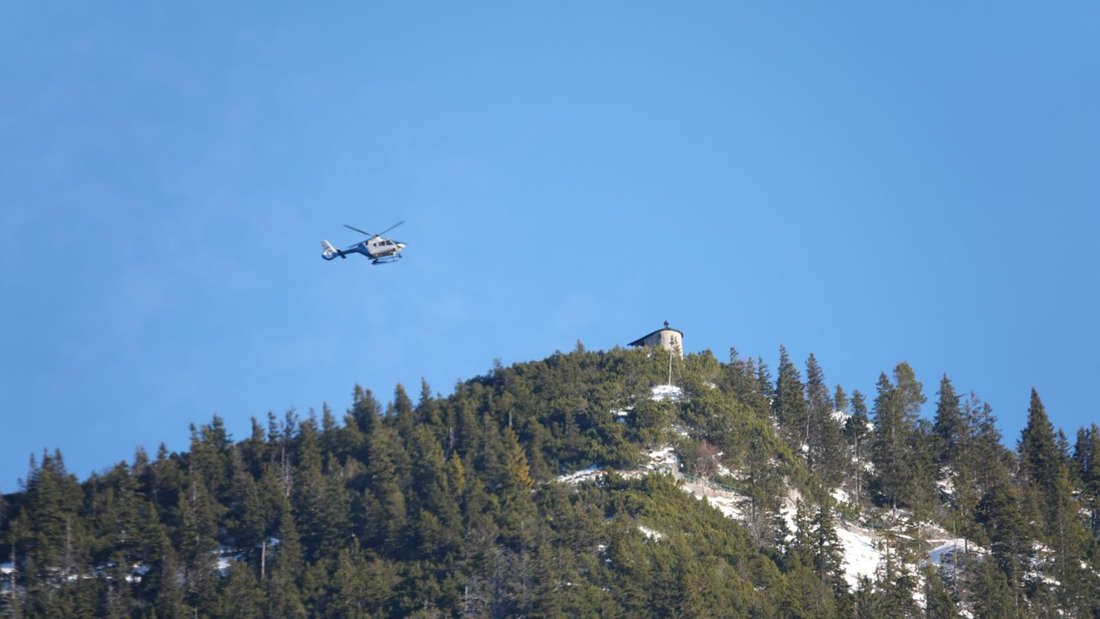 Elisabeth Borne in Matignon: "The stake is becoming more important", considers her opponent Nupes in the legislative elections, in Calvados
2022-05-16T18:57:32.017Z