The temperature is below average and it snows at the heights

Damascus, SANA-Temperatures remain below their average rates in general, as the country is affected by a weak extension of a shallow air depression Temperatures remain generally lower than their average rates, with the country affected by a weak extension of a shallow depression accompanied by western currents in the upper atmosphere and accompanied by a cold and humid polar air mass.

And the General Directorate of Meteorology expected in its evening bulletin that the weather on Tuesday will continue to be cold between clear and partly cloudy in general, and low clouds will multiply starting from the northwestern and coastal areas, to become the opportunity for scattered showers of rain in those areas. Areas during the evening and night hours and snowy at heights exceeding 1200 meters and mixed without that.

At night, the weather is very cold and warns of the occurrence of frost and ice formation during the early morning hours. Winds will be southwesterly moderate, with active gusts exceeding 90 km/h in the coastal region, and the sea is medium to high waves.

Island area 5/ minus one The temperature is 4 to 7 degrees below average 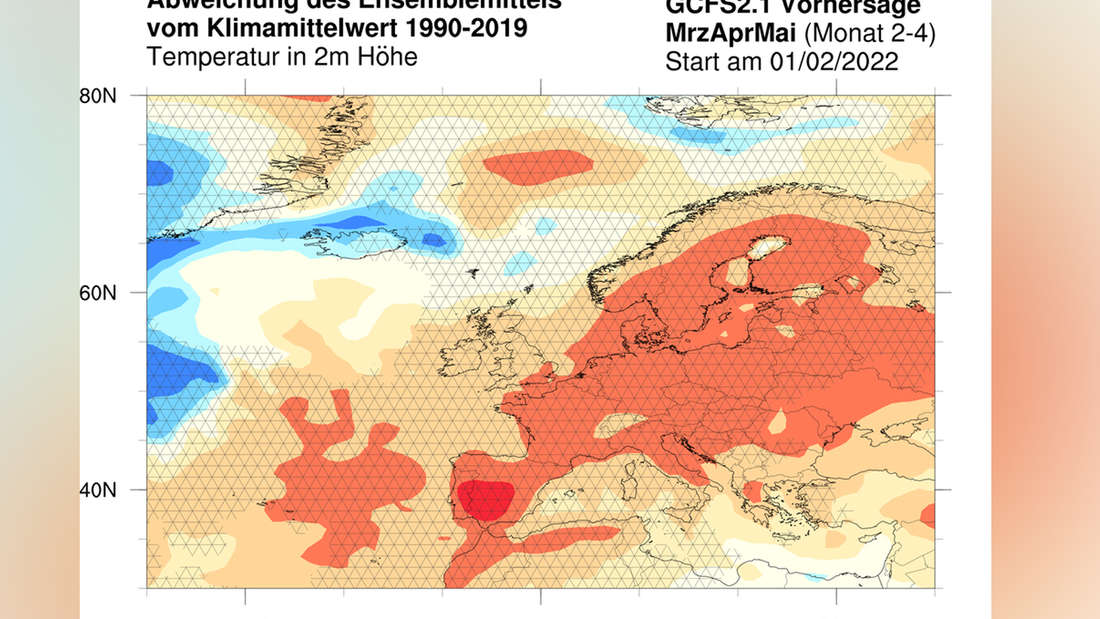 Spring 2022: weather models show a clear trend - forecasts for March, April and May are available

March 2022 was the fifth warmest on record

Spring 2022: Weather models show a clear trend - forecasts for March, April and May are available

Spring 2022: Weather models show a clear trend - forecasts for March, April and May are available The temperature is below average and the chance of rain showers

Not just a spa from nature: the surprising use of the "hot geysers" in the north - Walla! Tourism