The conservative leader insists on his conviction that the event he attended was a "work meeting". Former collaborator Dominic Cummings, willing to testify that Johnson was warned of the illegality of those celebrations 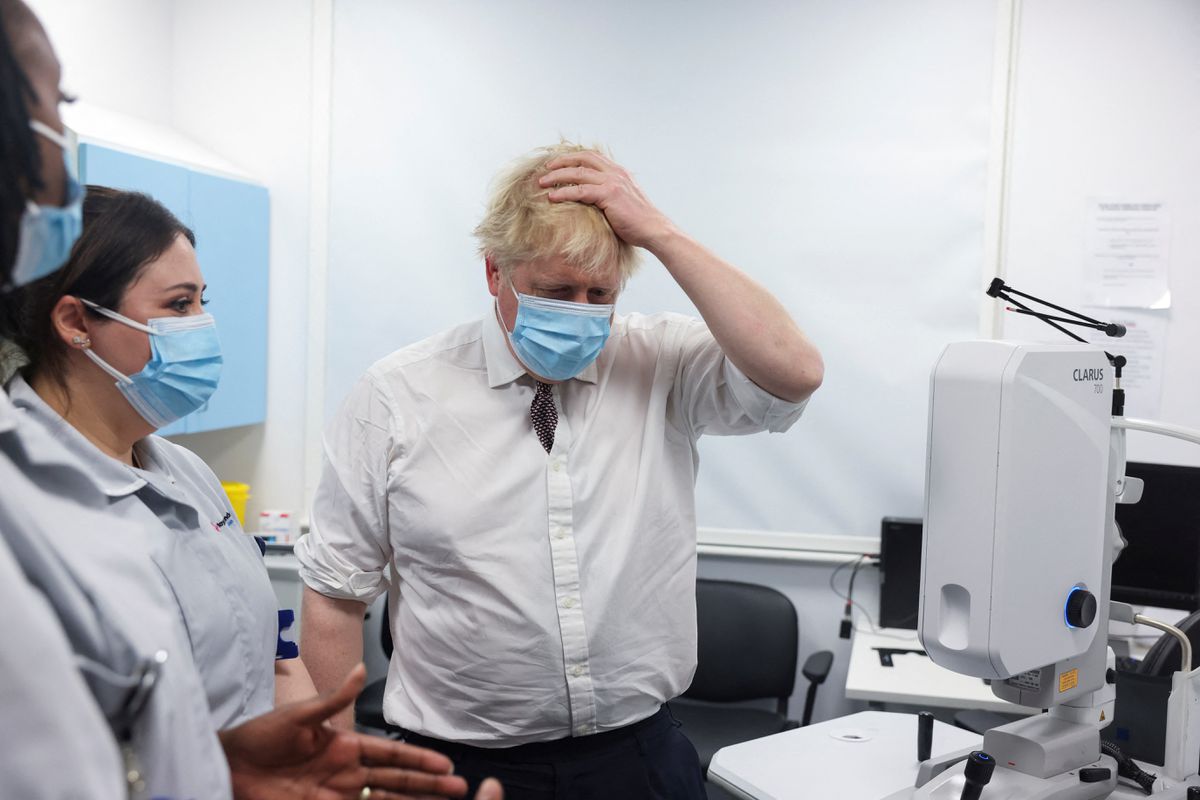 The sovereignty of the United Kingdom resides in its Parliament, unlike countries like Spain or France, whose constitutions clearly state that it resides in the people. The House of Commons, with those debates in which it mixes tavern tones with the rhetoric of the Roman Senate, is the institution around which British politics revolves, and the idea that the Prime Minister has been untrue in his appearance before Westminster supposes a very serious fact. His former star adviser, Dominic Cummings, is set to testify under oath that Boris Johnson was warned against the illegality of holding a party amid pandemic restrictions.

The prime minister appeared before deputies on January 12 to apologize for the prohibited parties that had been held in Downing Street during the hardest phase of confinement. In particular, he tried to unload his guilt on a particular party that he himself attended: that of May 20, 2020. The one that his own private secretary, Martin Reynolds, called through an email that reached 100 people. The laughter of the opposition caucus was clearly heard, but Johnson assured that he thought at all times that it was a "work event" convened in the garden of the residence and workplace of the prime minister.

He went, he then explained to the Chamber, to thank his team for the effort made during those hard days of the pandemic; he was not with them for more than 25 minutes, and then he retired to his office. “Looking back, I think I should have asked everyone to go back inside. I should have found another way to thank them. I should have realized that, although the official recommendations were technically being complied with, millions of citizens would be unable to see it that way,” the prime minister lamented from his rostrum.

But Dominic Cummings, the Brexit mastermind and Johnson's star adviser, has thoroughly planned revenge against his former boss. He walked into Downing Street with him, on a mission to turn 21st-century Britain on its head, and walked out the back door humiliated, having been defeated in a proxy war with the Prime Minister's partner and current wife, Carrie Symonds. . Through his blog on the

which allows its authors to charge subscriptions for their posts, Cummings is harassing and taking down Johnson with the will of the termite.

"Not only I, but also other witnesses who witnessed those moments, we are willing to affirm under oath that this is what happened," Cummings wrote, referring to the various warnings that Johnson and his secretary received about the inappropriateness of the party. . "A very relevant authority responded to Reynolds through an email indicating that the invitation was against the rules," he recounts on his blog. “The PPS [parliamentary private secretary] went to that person's office to discuss the matter, and refused to withdraw the invitation. I warned him myself that he was violating the rules, ”Cummings describes, implying that he heard that discussion firsthand. But the warning continued to climb the ladder, reaching Johnson himself. “I told the prime minister something like:'Martin is treating the whole building to drinks. I think you should put a stop to this madness, ”writes the former adviser who asked his boss. "The prime minister downplayed the matter," he adds.

The permanent deputy secretary of the Cabinet Office, Sue Gray, the senior official who has the responsibility of investigating the prohibited parties in Downing Street, will be able to access - if she has not already done so - that exchange of emails, as well as question all the officials involved and Johnson himself. And Cummings himself, according to

If the evidence accumulates, the prime minister would find it hard to maintain his claim that he did not lie to Parliament.

Under the mask, and with a very unusual somber tone in such an exuberant politician, the prime minister has once again insisted on Tuesday that he never thought that this was a party. “No one told me, no one told me that it was against the rules, no one suggested to me that it was nothing more than a work event, because, otherwise, it is difficult for me to imagine that it would have gone ahead with that”, has Johnson explained to SkyNews.

Revealing, however, was the restrained, safety-net way in which two of his top ministers came out to defend him. Dominic Raab, head of Justice, placed more emphasis on the clarity of the Good Governance

on the consequences of lying to Parliament, than on the honesty of his boss's explanations: “The rules are very clear. You can't fool Parliament. Of course, you cannot do it deliberately and not correct it immediately if you discover that the facts were different, ”Raab clarified on ITV television.

But much more striking were the dodgy statements by Rishi Sunak, the Chancellor of the Exchequer and the great hope of many Conservatives to replace Johnson. He has limited himself to assuring that he accepted his explanations, and to ask for patience —as the Prime Minister himself has done— while waiting for Sue Gray's explanations. When asked if his boss should resign, in the event that it is proven that he lied to the deputies, Sunak replied: "I am not going to go into hypotheses, but the Code of Good Governance is very clear on this matter." When the journalist insisted on asking if he supported Johnson, the minister got up without even removing the microphone from his lapel.

“It is of the utmost importance that ministers [and that includes the prime minister] give accurate and honest information to Parliament, and correct any inadvertent errors at the earliest opportunity.

Ministers who knowingly mislead Parliament are expected to tender their resignation to the Prime Minister," states the UK Code of Good Governance, extended and signed by Johnson in August 2019. 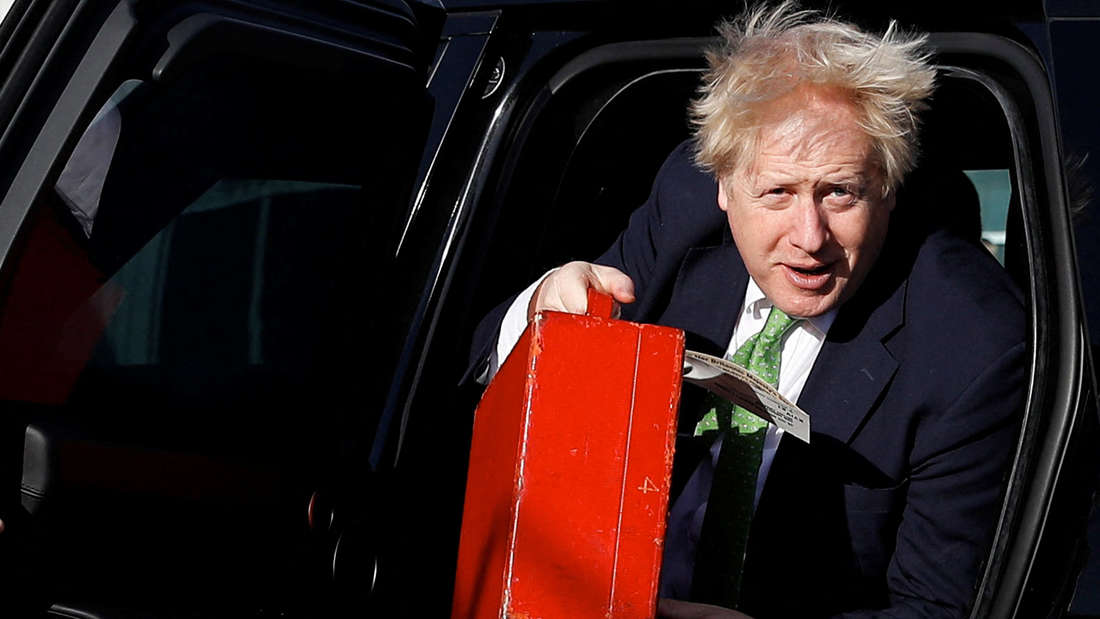 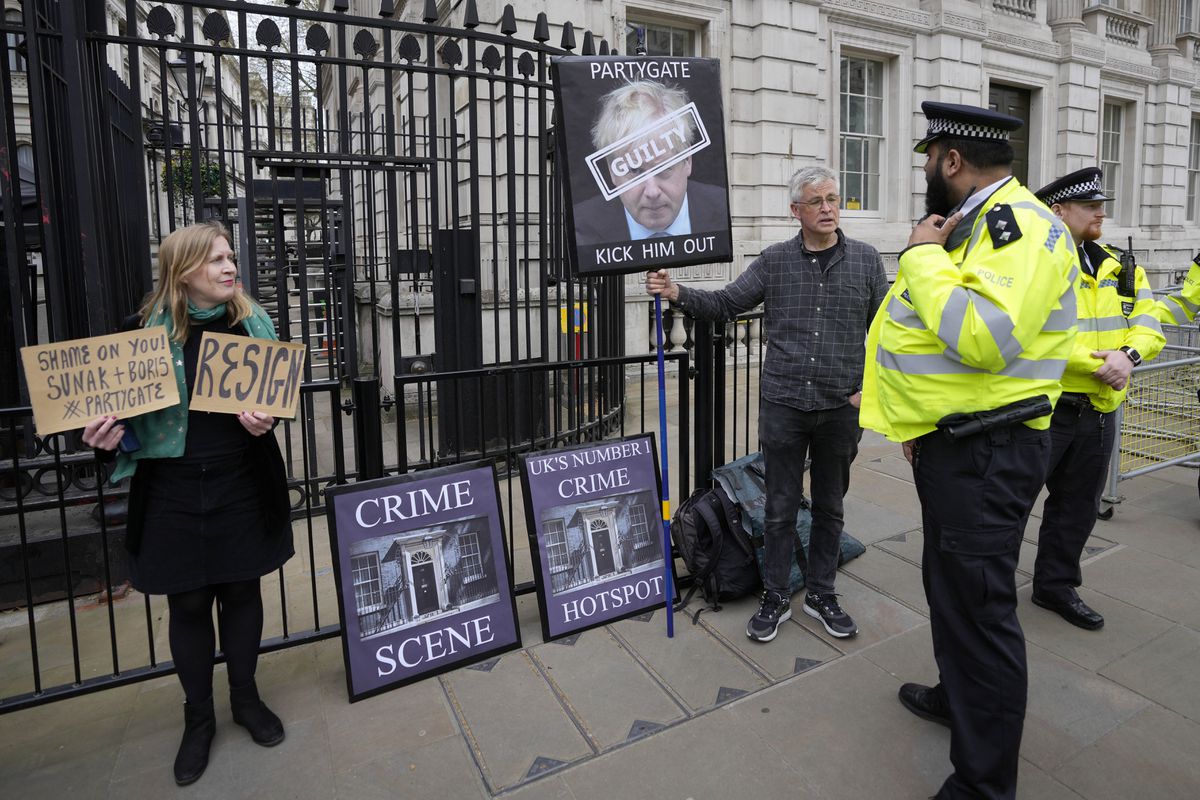 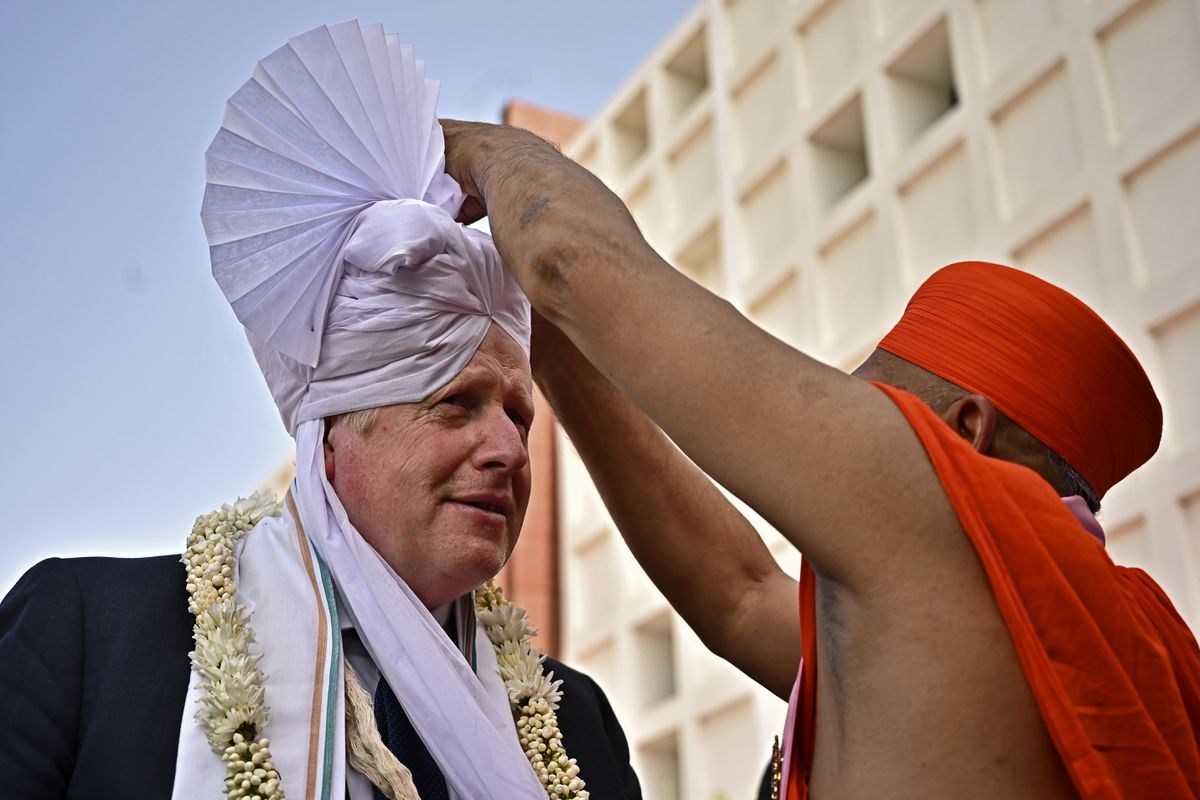 Parliament to investigate Boris Johnson for contempt in party scandal 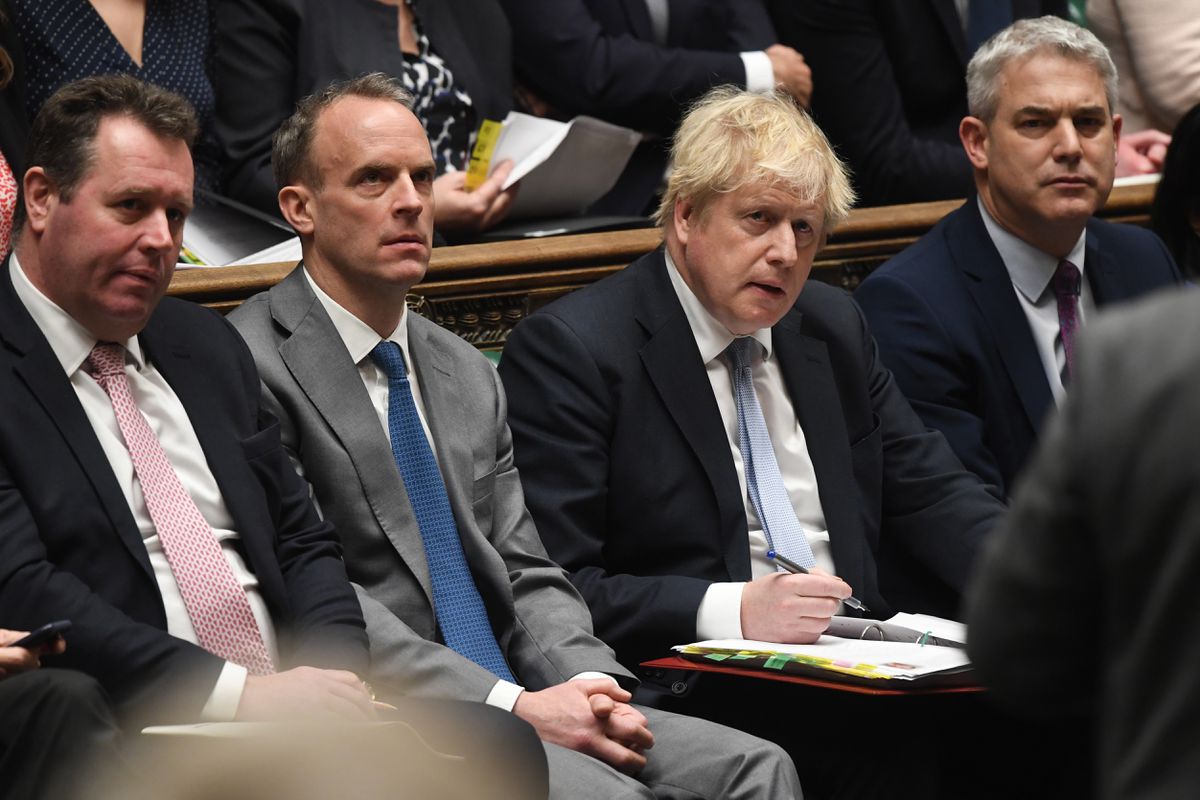 Champagne, potatoes and tinsel: the constant drip of compromising photos of Boris Johnson 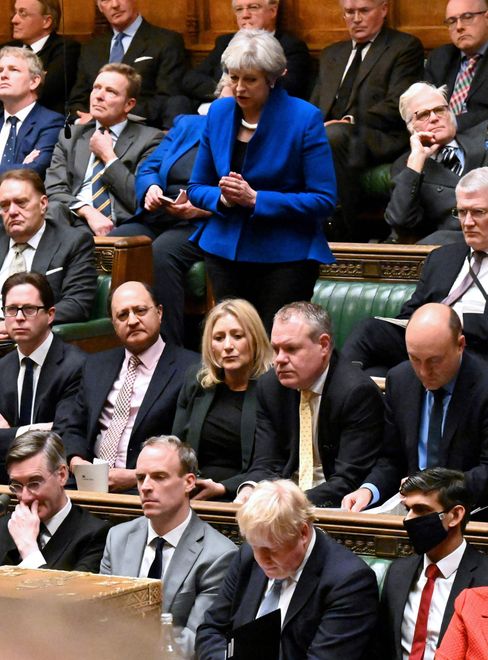 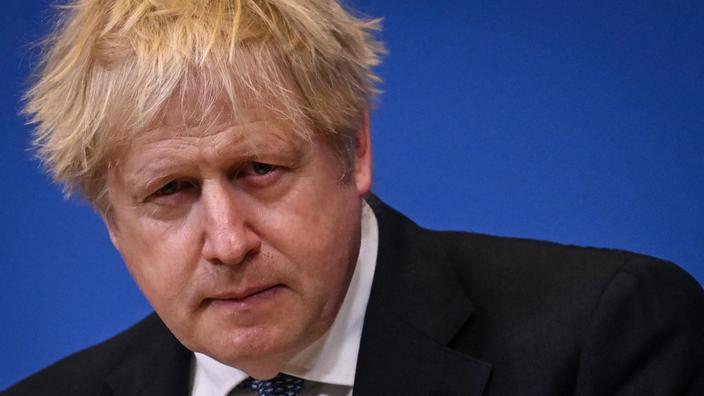 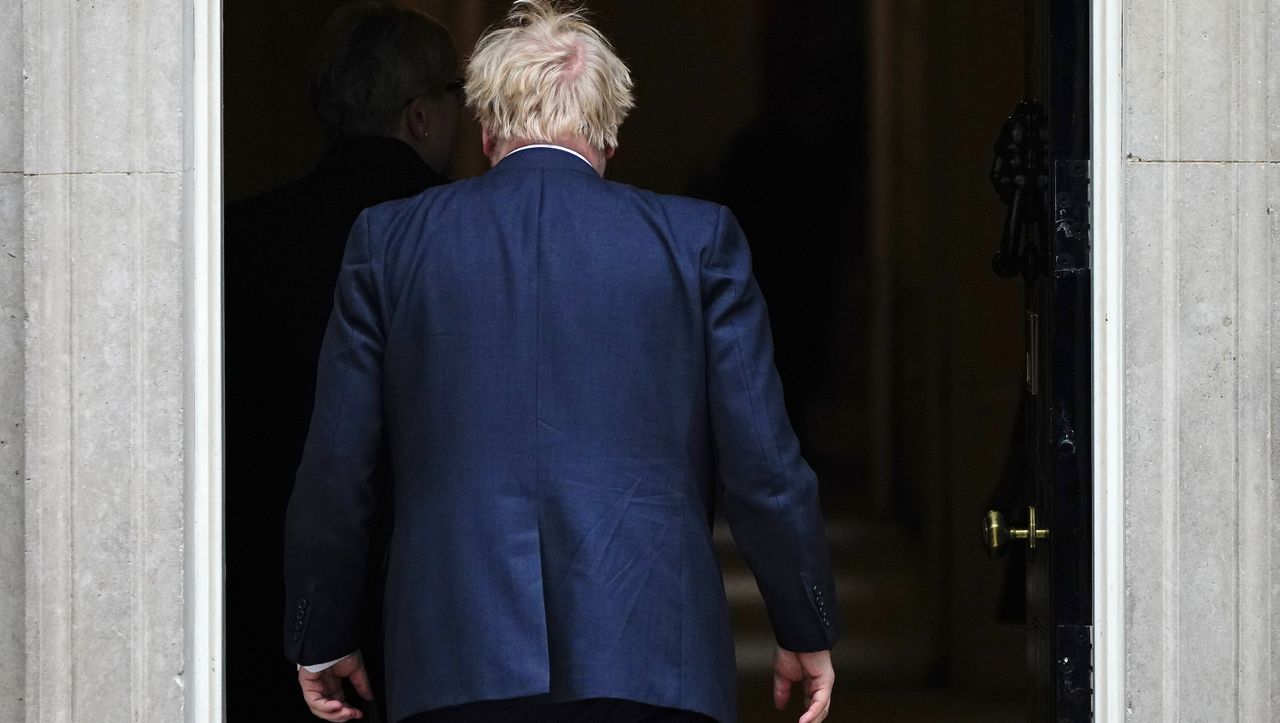 Partygate: Why Boris Johnson is still in office