Great concern for Princess Charlène of Monaco: For months, the 43-year-old has been withdrawn from the public – there are only a few updates on her state of health.

Royals fans have been puzzling over Princess Charlene of Monaco's health for months.

Monaco – Princess Charlene of Monaco is not doing well at the moment.

Last year, Prince Albert's consort almost completely withdrew from the public eye, spending many months in her native South Africa, where she was struggling with a serious ENT infection.

In November, the mother of two finally returned to her family – and disappeared again a short time later.

Most recently, it was said that she was recovering in a luxury private clinic in Switzerland.

Despite rumors that she might soon return to the small principality, there are still few updates.

A Royals expert has now made sad statements about the continued absence of the 43-year-old – which gives cause for concern.

Express about the current situation in the Monegasque royal family.

"It must be very worrying for the royal family, and Albert in particular, to have to constantly deny rumors - including that his marriage is in jeopardy," she said.

Although Albert's sisters Caroline and Stéphanie would appear in place of the "disappearing princess" at many festivities and events, concern for Charlène continued to grow.

"I think Monaco is really worried because they haven't seen her much since the beginning of last year," Hall said.

"They have a princess, but they never see her."

Charlene of Monaco: Few public updates on her health

Despite the concerns of Monegasque citizens, there are still few updates on Charlene's health.

Although Albert cleared up some nasty rumors in November, Royals fans all over the world can only guess when the vanished princess will finally return to her homeland.

The former competitive swimmer shares sparse news on her Instagram account, where she last commemorated the late Archbishop Desmond Tutu.

At Christmas, she also presented her fans with a picture of a greeting card showing a drawing of the royal family.

However, she herself is not to be seen on any of these posts.

Even a post about the seventh birthday of twins Gabriella and Jacques is surprisingly anonymous.

Charlene of Monaco: Return to Monaco possibly at the end of January?

Although Albert and the children are said to have visited Charlène in her retreat during the Christmas season, the big reunion is still a long way off.

Because at the end of January, the festival of Sainte Dévote takes place in Monaco - which Charlène has never missed.

theorizes, she could soon be heading home to attend the celebrations.

Her loyal followers – but above all her small family – would certainly be very happy. 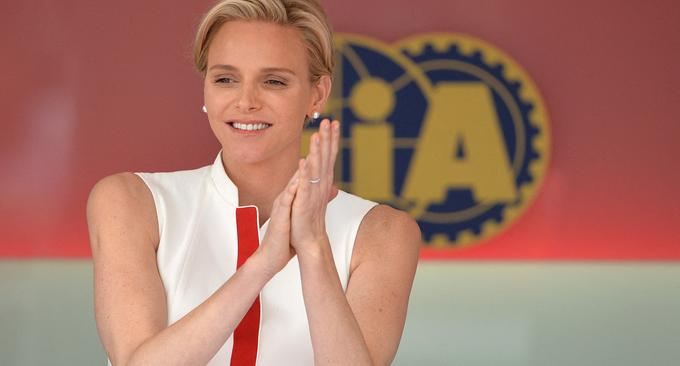 "Charlene is much better": the reassuring words of Albert of Monaco on the state of health of his wife

The deceased father said that his son seemed comfortable at first after receiving breath treatment at the boy's clinic
2022-05-24T11:41:56.678Z