Dispute over §219a: Family Minister Anne Spiegel in conversation with Markus Lanz (ZDF).

Corona, compulsory vaccination and paragraph 219a: Family Minister Anne Spiegel takes a stand on “Markus Lanz” – also on the concept of communities of responsibility.

Hamburg – “As far as the question of the pandemic is concerned, I think we all understood very well that it is a global pandemic,” talk show host Markus Lanz quoted Chancellor Olaf Scholz* (SPD) and asked his family minister Anne Spiegel (Greens). A translation: "What does your boss mean by that, Ms. Spiegel?" But Spiegel evades: "First of all, I think it's right that we approach it cautiously and not now consider such measures as in Great Britain*. I don't believe in not wearing a mask."

"How do you find such an answer from your boss?" the moderator wants to know again.

"Markus Lanz" discusses Scholz's leadership style: "Do we then need another government?"

Because talkmaster Lanz* cannot be shaken off by a simple pirouette, he again quotes the question addressed to Scholz and his answer for Spiegel. Then he asks a third time: "What is the meaning of this answer? What is the strategy?” “The strategy is that we still have to significantly increase the vaccination rate,” the Spiegel then explains succinctly. Host Lanz says he doesn't want to be unfair, the quoted sentence was only part of his answer. "Yes, he said more," says Spiegel, but the journalist Kristina Dunz, who was present at the government visit to Madrid, thinks: "But it hasn't become more substantive."

When it came to compulsory vaccination, politician Elisabeth Winkelmeier-Becker (CDU) insisted on criticizing the government's actions.

The traffic light coalition should submit a law for a vote instead of leaving the question of mandatory vaccination to parliamentarians.

The host also takes this line: "If we give all this to the Bundestag, do we still need a government?" asks Lanz.

"I know, it's a bit polemical," replies Lanz in a thinker's pose.

Spiegel says: "I think this debate simply belongs in the Bundestag."

"Markus Lanz" - these were his guests on January 20th:

After the Corona* debate, host Markus Lanz has Anne Spiegel explain the planned concept of the community of responsibility.

The Minister for Family Affairs makes the planned legal form clear with an example: "For example, two single mothers with their children are moving into an apartment together and want to be a community of responsibility.

That means they want to take responsibility for themselves and their community in which they live together in the apartment.

This can have consequences for tenancy law, for example, but also if someone has to go to the clinic now, the other person can then visit the hospital and so on.”

“Why do we need this?” Lanz asks frankly.

Spiegel: “They are two single parents who are moving in together, who are not in a romantic relationship, but who want to take responsibility for each other.

We want to give that a framework.” The host thinks up a scenario: “Two lesbian women have a child, the sperm donor is an acquaintance.

And now he wants to take responsibility for it.

Could he and these two women form one of these communities of responsibility, with all the duties and rights that that entails?” “That is also possible,” Spiegel replies with a beaming smile, “with what we are planning.

Exactly the example you gave it now.

In fact, I've already received the first letter with a baby photo."

"Markus Lanz" discusses new legal form - Family Minister Spiegel: "This is not a marriage for three"

But if the trio throws themselves off, Lanz continues to think about it and wants the community of responsibility to be dissolved – does the father then have to pay maintenance? “Is that a marriage for three as a result?” asks the moderator. "No, that's not a three-way marriage," Spiegel replies, explaining that she still has a lot of work to do. “What we are planning now, Minister of Justice Mr. Buschmann and I, is of course that we want to formulate exactly that now. Because you're right, of course, and that's going to be part of taking care of that, too: What happens in the event of a breakup?”

“How can that be expanded, the community of responsibility?” Lanz is interested in the details and asks provocatively: “To how many members can it grow?

Can the grandmother come and say: 'I'm there too, I want to take on responsibility.'

- How does that work?” “Family is where people take responsibility for one another,” quotes Spiegel from the coalition agreement and thinks, “that says a lot about the diversity of the concept of family.

You have now given the example of the grandmother: For me, she is a natural part of the family.”

"Yes, but what you are establishing now is a new idea of ​​community, also in a legal, legal sense," summarizes the moderator and addresses the former family judge Winkelmeier-Becker. She doesn't want to badmouth the project in advance and thinks it's good that the government wants to do justice to the reality of people's lives: "I'm curious to see what the overall package looks like. I wouldn't say right away: 'We can't accept every facet of this.' Under no circumstance."

At the end of the program, the group discussed the abolition of paragraph 219a.

Doctors who provide information about the methods of abortion can expect criminal prosecution through him.

This argument does not apply to Winkelmeier-Becker: "We don't see the need for it." so I can't see that there is an information deficit from the point of view of the women." Her concern is that abortions are trivialized and that this "can be used to advertise an abortion just like other medical interventions."

With a pursed mouth, Minister for Family Affairs Spiegel shakes her head and only nods in agreement again when Kristina Dunz says: "It's about information.

It's not advertising." "I'm already on the edge," Spiegel makes no secret of her emotions and explains: "I think you can't name cosmetic surgery and abortion in the same breath.

I think that's also a very strange image of women.” Spiegel explains that it's not an easy decision for pregnant women, and that gynecologists aren't pursuing a commercial interest.

Winkelmeier-Becker, on the other hand, finds: "It's about the child's right to life.

That always comes up short for me.”

"Is that just a secondary theater of war?" Lanz asks after a while and suspects: "Isn't it about 219a, but is it really about 218, impunity for abortions?" "I think so too," agrees Winkelmeier-Becker, "There is also a Juso resolution, still under the leadership of Kevin Kühnert, that abortion should be made completely permanent and free of advice." Spiegel wants to convene a commission for this: "1993, that was quite a while ago, since the Federal Constitutional Court recently dealt with this topic.

That was actually almost 30 years ago, almost a generation later, you could say.

So I think it's more than appropriate to set up a commission that deals intensively with this very question and examines all sides."

"Markus Lanz" - The conclusion of the show

"Markus Lanz" on Thursday evening is initially about the corona pandemic, with Federal Minister for Family Affairs Anne Spiegel (Greens) doing her best to defend Chancellor Olaf Scholz (SPD) for his statements on the corona pandemic. The journalist Kristina Dunz and the journalist Kai Kupferschmidt take up a lot of space in the debate and explain to talk show host Markus Lanz that the vaccination gap in Germany is too big to satisfy his longing for Danish or English conditions.

In the debate about abortions, the three female guests above all discuss with each other: Spiegel and Dunz are in favor of the abolition of the paragraph, Winkelmeier-Becker cannot see the need for this: "It is about an existential conflict between the woman's right to self-determination and the child’s right to life.” 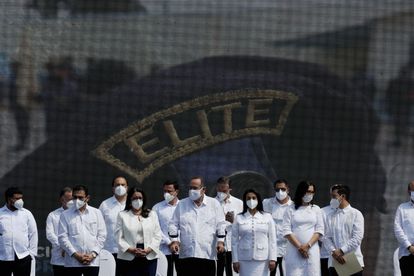 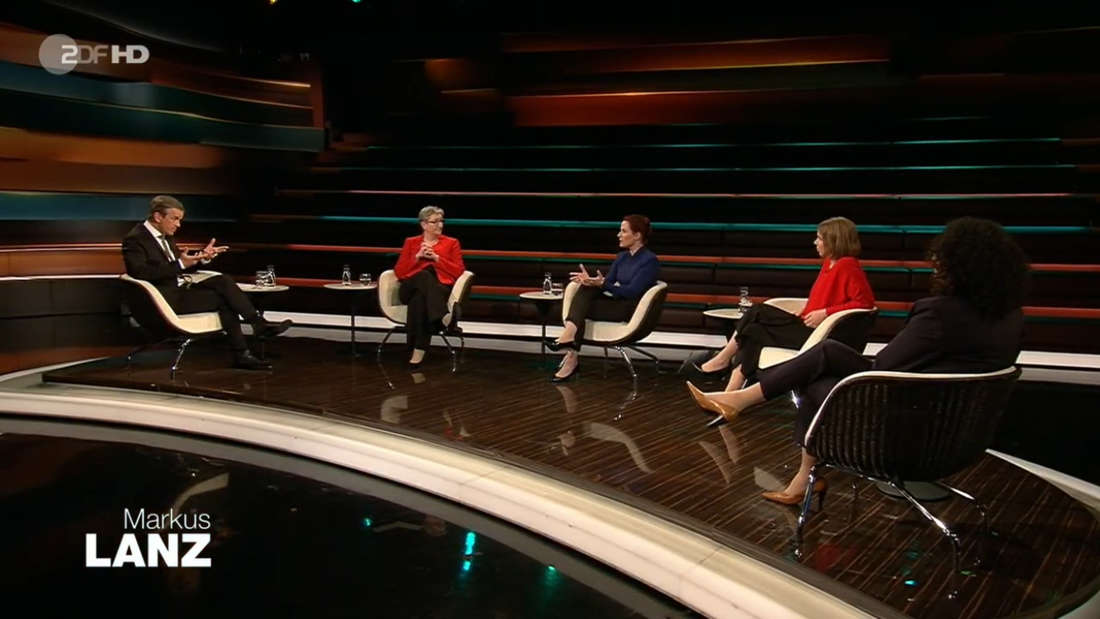 Is Olaf Scholz afraid? Lanz does not give up on SPD Minister Geywitz - and makes "undertones". Dealing with the tide: the opposition demands the resignation of Spiegel

Statistics on abortions: The number of abortions continues to decline 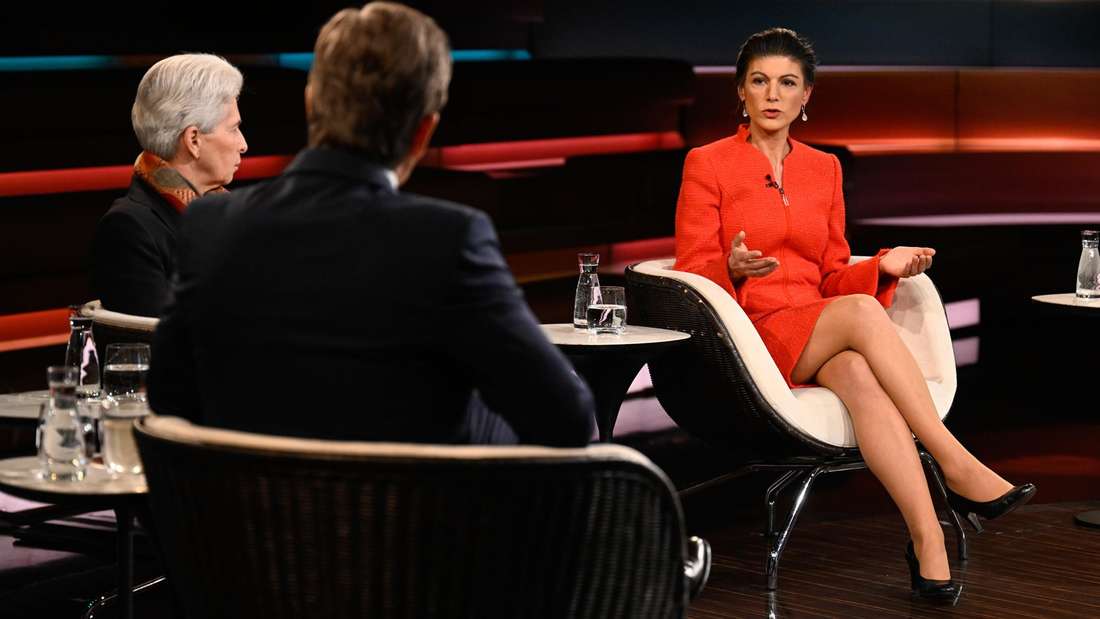 Music with positive side effects: professionals tell schoolchildren about their everyday lives
2022-05-26T14:30:26.812Z

Seven people were injured, including a woman in critical condition in a car accident on Road Five near the Tikva Interchange Israel today
2022-05-26T14:23:55.016Z

Peskov: Moscow is in contact with the International Atomic Energy Agency to organize a visit to the Zaporozhye atomic station
2022-05-26T14:12:20.346Z

Suspicion: A toddler from Jerusalem is hospitalized in critical condition after his father abused him Israel today
2022-05-26T13:43:06.377Z