Success story "made in Herzogsägmühle"

Success story "made in Herzogsägmühle" Created: 01/21/2022, 16:00 By: Barbara Schlotterer-Fuchs Proud of their team: works manager Frank Hess and his deputy Tobias Krause (front from left) in the workshop. © Hans-Helmut Herold People with a migration background, disability or from the second labor market work for local automotive suppliers - and on a large scale. A company in Herzogsägmühle is Success story "made in Herzogsägmühle"

Proud of their team: works manager Frank Hess and his deputy Tobias Krause (front from left) in the workshop.

People with a migration background, disability or from the second labor market work for local automotive suppliers - and on a large scale.

A company in Herzogsägmühle is writing a success story with it.

Peiting/Herzogsägmühle – Plant manager Frank Hess looks out of his office window at the production hall in the Peiting industrial area. Part of a mammoth project for the Hirschvogel company has been completed. A lot of weight had been on his shoulders and those of his special team. "I'm a bit proud," says Hess, looking at his people. The pressure was great: After all, the workshop had been built specifically for this one major order in 2017. The order: The "Industrial Services" department is supplied with packaging blanks. These are folded and put together. Because the Hirschvogel company supplies engine parts. They are packaged under the highest quality standards and transported on to China in this way. "Some pallets are on the ship for up to three months," explains Frank Hess,why so much attention has to be paid to the quality of the packaging.

When the hall was built five years ago, there was talk of one million engine parts from various assemblies that were to be packed and shipped here for the Hirschvogel order each year.

It all started in the hall on Schönriedlstraße with six employees.

"In the meantime, however, it was 1.6 million parts per year," says Hess.

The number of employees has therefore doubled in the meantime - twelve employees find secure employment there.

Contract extended for another five years

The aim of the "Industrial Services", which are subordinate to the Herzogsägmühle company "i+s Pfaffenwinkel": "We give people the opportunity to enter the industrial world of work." In fact, they are long-term unemployed, people with disabilities, residents from Herzogsägmühle, but also asylum seekers who get their first real chance there.

They have shown that they deserve their big chance: five years for Hirschvogel are over.

The automotive supplier has already promised another five years due to the good cooperation.

In the past five years of the contract, the integration company (front from left) has been getting ready for shipping.

“4,500 tons of material had to be packed,” Frank Hess calculated.

Without empties, the order filled 560 whole truckloads – with empties, i.e. multi-purpose containers, even 860. The trucks covered 15,500 kilometers from the Hirschvogel production site in Schongau to packaging in Peiting.

A distance that, calculated as the crow flies, is the distance between Peiting and the center of Australia - then there are even 1000 kilometers left.

How did Frank Hess manage that with his small group?

"In recent years we have often only managed to do a lot of overtime." Temporary workers also sometimes had to work to keep up the pace.

Sometimes, "everything was stapled so sharply that we just managed to do it when the truck was already waiting in front of the door."

attention to the individual employee

The effort has paid off, the construction of the hall has paid off: the “Industrial Services” division of the Herzogsägmühlen subsidiary “i+s Pfaffenwinkel” makes an average annual turnover of 550,000 euros.

"It was very tedious to set everything up here," says Hess, who previously worked as a group leader in a workshop for the disabled in Herzogsägmühle.

Perhaps that is exactly what makes him the ideal boss for this extraordinary company, in which a lot of attention is paid to the employee as an individual.

"It's important to me that we don't lose sight of the people here who come to us as employees with a small or large handicap."

In addition to reliable cooperation with the client, it is also about giving these people a structure for their lives again - "but also to earn good money". After all, everyone who works there is able to stand on their own two feet, live in their own apartment, and many have families or partners. Nevertheless, Frank Hess is not only the manager, but also a comforter when problems arise.

With orders to the "Industrial Services" division, the local companies also make a contribution to integration.

Because part of the major order from the Hirschvogel company has now been processed, capacities are becoming free again, says Hess.

“We are also open to assembly work.

In any case, we have the know-how for industrial assemblies", Hess looks forward to a hopeful future for himself and his special employees, that the success story is far from over. 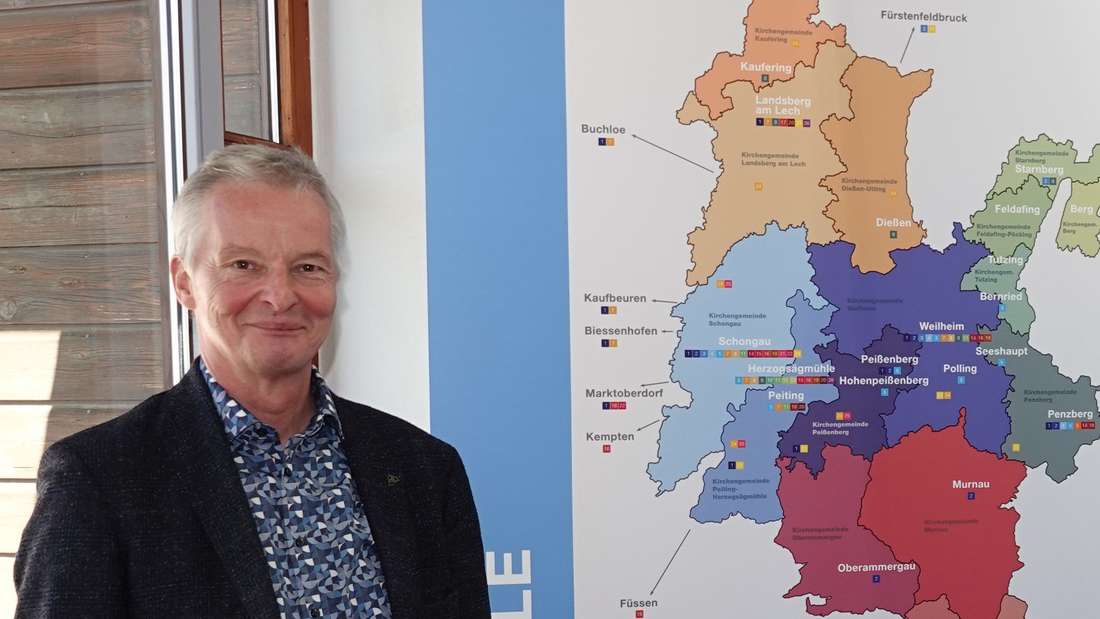 Herzogsägmühle boss says goodbye at the end of 2022 Herzogsägmühle: Much in motion despite the crisis 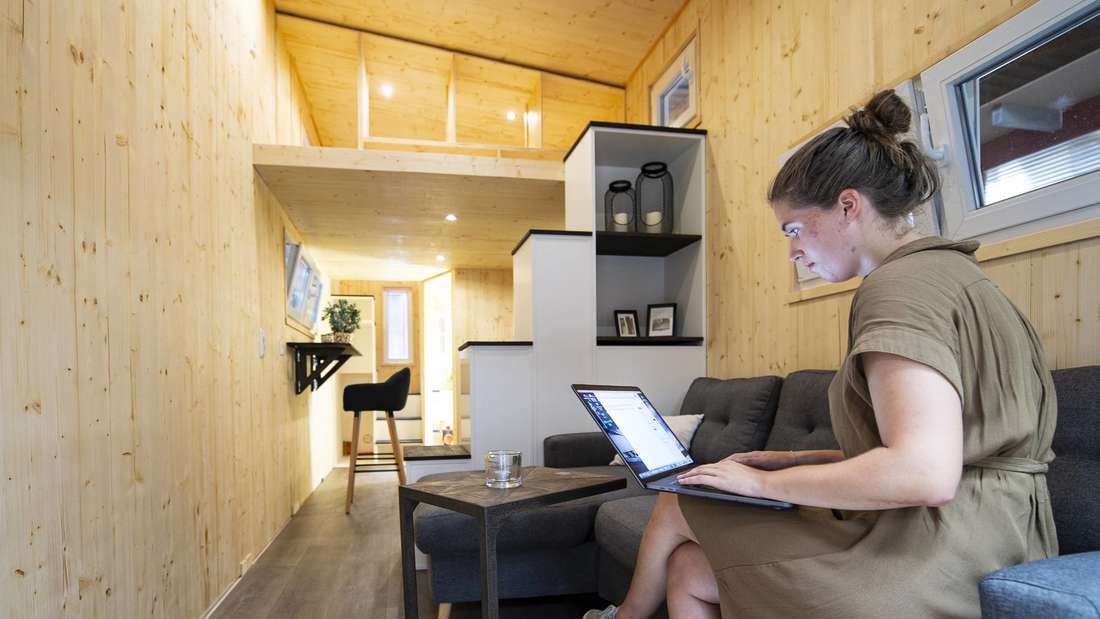 Positive signals for mini houses from the Peitinger town hall The "Herzog" tavern opens again after a forced break: restart with a new concept and a new menu After 17 years as a pastor in Peiting: Dirk Wollenweber says goodbye 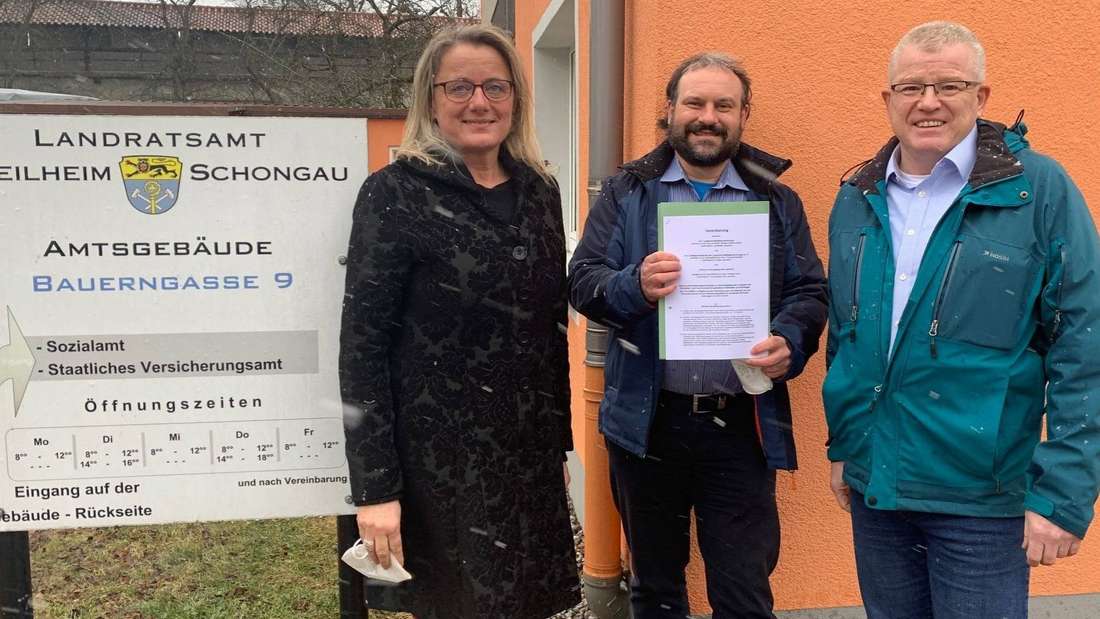 Debt counseling: The need is great, now a new association should make some things easier

URA's acquisition spending for six redevelopment projects in the next five years is expected to involve $30 billion or exhaust its cash reserves
2022-05-22T04:10:12.079Z

From diplomacy to domestic politics: López Obrador takes his battle for sovereignty to the Summit of the Americas
2022-05-22T03:52:35.201Z

An average of 20 occupational safety and health amendments per year for fatal work-related injuries. Luo Zhiguang: the fine is obviously too light
2022-05-22T03:28:10.293Z

The calmness with which police arrest attackers like the one in Buffalo contrasts with the deadly force they use against many unarmed black men.
2022-05-22T03:22:09.709Z

Luo Jianxi: The Democratic Party will submit an opinion to the new government to reduce the number of people in the Central Committee to avoid danger
2022-05-22T03:10:09.043Z