Ukraine conflict: Germany should block arms deliveries Created: 01/21/2022, 22:09 By: Christina Denk Estonia wants to send weapons to Ukraine in support. But the delivery was stopped by the federal government. An expert criticizes the approach. Kiev/Moscow – In view of a possible threat from Russia on the Ukrainian border, the Baltic states of Estonia, Latvia and Lithuania want to deliver defe 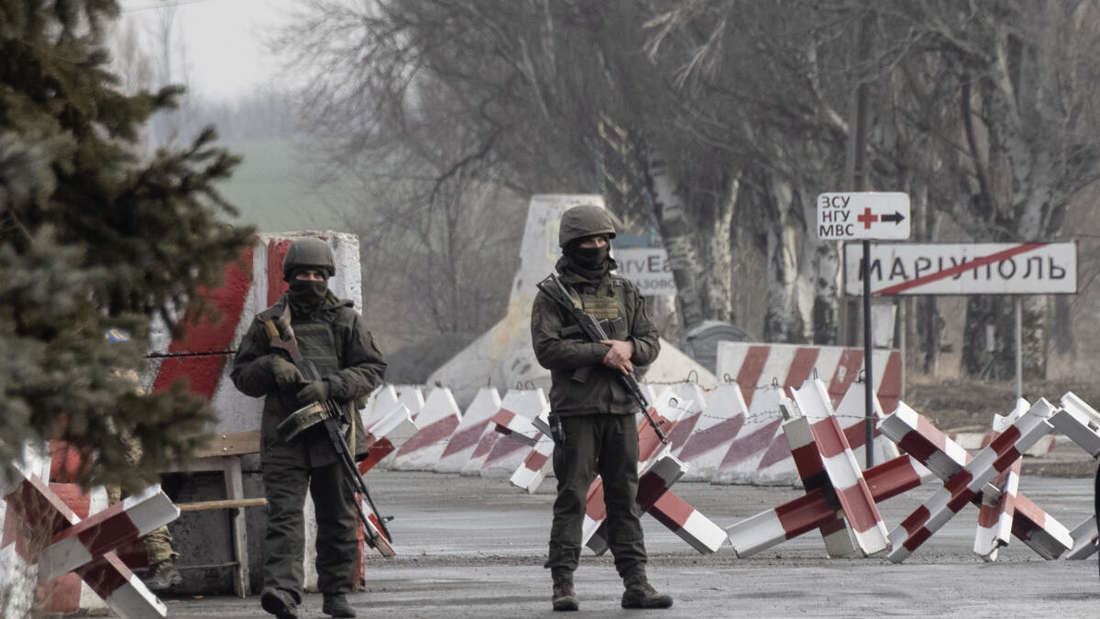 Estonia wants to send weapons to Ukraine in support.

But the delivery was stopped by the federal government.

An expert criticizes the approach.

Kiev/Moscow – In view of a possible threat from Russia on the Ukrainian border, the Baltic states of Estonia, Latvia and Lithuania want to deliver defense systems to Ukraine*.

These are US-made anti-tank missiles and anti-aircraft systems.

This should strengthen Ukraine's ability to defend itself in the conflict*.

The United States agreed to the delivery of US-made weapons to Ukraine.

"We sincerely hope that Ukraine will not have to use this equipment and call on the Russian Federation to stop its aggressive and irresponsible behavior," the statement said on Friday (January 21).

Weapons deliveries to Ukraine: Germany must give Estonia approval

In addition to the Javelin anti-tank missiles, Estonia also wants to send some 122mm howitzers to Ukraine. The howitzers come from the GDR, later belonged to the Federal Republic and were initially sold to Finland in the 1990s. Finland and Germany must therefore agree to the delivery of the guns to Ukraine. The federal government has received a request from Estonia for approval of the delivery of howitzers to Ukraine. A spokeswoman for the Federal Ministry of Defense said on Thursday evening in Berlin that the request was being examined and was "in the departmental vote".

The federal government has repeatedly refused to supply arms to Ukraine in the current conflict with Russia.

The position is "that no lethal weapons are supplied," government spokesman Steffen Hebestreit explained.

This rejection also applies to defensive weapons if they could be used "lethal" - i.e. deadly.

now reports, Germany has stopped delivering the weapons. The federal government has refused to export deadly weapons directly to Ukraine, it says there. The howitzers are of German origin, the newspaper quoted German and Estonian officials as saying. Therefore, the government also rejects this delivery. "It is not possible to estimate the outcome of the current events," a spokesman for the federal government told the newspaper.

The Estonian government is still trying to persuade the federal government to change its mind.

"Hopefully we will get Germany's approval," Kristo Enn Vaga, an adviser to the Estonian defense minister, is quoted as saying.

"Estonia has shown that we want to help Ukraine in every possible way." The Estonian government plans to provide support for cyber defense in addition to weapons, as well as to provide a field hospital and corresponding training in March in Ukraine, so vaga.

Ukrainian soldiers stand at a checkpoint near the dividing line with the pro-Russian rebels.

"Blocking arms exports at a time when Ukraine is facing invasion is not good policy," Gustav Gressel, a Berlin-based expert with the European Council on Foreign Relations, told the US newspaper.

In addition to Germany, Finland would also have to agree to howitzer exports.

However, according to the Wall Street Journal

the trial was a mere formality that had nothing to do with the current situation in Ukraine.

All current events in Ukraine can be found in the news ticker.

Baerbock travels to Kiev – with what attitude? "Historical error" - serious allegations against Germany in dealing with Ukraine

"Historical error" - serious allegations against Germany in dealing with Ukraine