"I consider classification as 'mild' to be extremely dangerous": Munich virologist paints a gloomy omicron scenario

"I consider classification as 'mild' to be extremely dangerous": Munich virologist paints a gloomy omicron scenario Created: 01/23/2022, 07:05 The incidence in Bavaria continues to shoot up. A Munich virologist fears that the increasing number of infections will soon be reflected in the clinics. The news ticker. A Munich virologist warns against dealing too laxly with the omicron variant (updat

"I consider classification as 'mild' to be extremely dangerous": Munich virologist paints a gloomy omicron scenario

The incidence in Bavaria continues to shoot up.

A Munich virologist fears that the increasing number of infections will soon be reflected in the clinics.

The incidence values ​​​​in Bavaria have risen again.

In the past 24 hours, 20,500 people have been newly infected and 32 have died as a result of their Covid disease.

According to Divi, 334 people are currently in an intensive care unit - nine fewer than the day before.

The districts with the highest incidences are all in Upper Bavaria.

Since the incidence has become obsolete for many decision-makers and scientists, the focus is now on not overloading the healthcare system.

It's a good thing that the omicron variant, which is becoming more and more popular, rarely leads to severe courses.

The hospitals can relax a little after Delta.

The virologist Oliver Keppler, from the Ludwig Maximilian University of Munich*, sees a new wave rolling in.

"A trivialization of omicron would therefore be fatal, I consider the classification as 'mild', which is often read, to be extremely dangerous," he told the dpa.

Due to the high average age and the many unvaccinated people, Germany would be in a worse position than other countries.

In America, one would see what Omikron would do, according to Keppler, who is also the head of the Max von Pettenkofer Institute. “In the USA we are seeing a monstrous incidence of infection with up to a million new cases of infection every day. There are more Covid 19 patients in hospitals there than ever before during the pandemic, and the number of deaths has also increased significantly in recent weeks. Now that's anything but 'mild'.” Preliminary research from the UK and US indicated that widespread omicron infections were about two to three times less likely to result in hospital admissions than delta infections. "But this new variant creates a much higher infection dynamic with new infection numbers that are ten to twenty times higher than in the delta wave at a comparable time.Keppler also points out that the long-term effects of omicron have not yet been sufficiently investigated. For example, there could be more cases of Long-Covid.

Corona in Munich: will Germany soon have 400,000 new infections a day?

Germany still has time to react to the situation, according to the virologist.

In the US and UK, the omicron wave is four to five weeks ahead.

Without a doubt, this will place a heavy burden on our normal wards in the clinics and limit regular operations.” Keppler continues: “We have around 17 million unvaccinated people, most of whom are probably also not recovered.

Of these, around 2.5 million are over 60, so they have an increased risk of severe Covid 19 courses, which can result in treatment in the intensive care unit.

That distinguishes us from other countries.”

The Munich virologist also warns of people who declare the pandemic * over.

"Based on the findings of the last two years, however, we have to assume that people who are now infected with omicron and refuse vaccination will already have almost no immune protection against a new SARS-CoV-2 variant by autumn."

However, the expert is happy about the willingness of the citizens to cooperate.

“Fortunately, Germany is more on the cautious side, with rules that are constantly being adapted to the infection dynamics and the burden on the health system.

The discipline among the population with regard to wearing masks is also very good here compared to other countries.”

After a CSU board meeting in the morning, Bavaria’s Prime Minister made a live statement again about the pandemic situation in Free State.

"It is important to be patient in these times and to convey stability," explained Markus Söder.

The burden on the health system is the only justification for restricting important fundamental rights.

Good justifications for each individual measure are important.

Bavaria's prime minister repeats like a mantra: The factor "a sense of proportion" must now be given greater priority.

According to Söder, demanding tightening before the upcoming Prime Ministers' Conference (MPK) is "inappropriate".

For Bavaria, he again indicates relaxation for the areas of culture and sport.

2G-plus should remain, but the capacities should be significantly increased: "It cannot be that there are significantly more viewers in Hamburg, for example."

At first, Söder did not want to give any information on how high the utilization could be.

He also did not name a specific time for the corresponding easing.

No changes are planned for gastronomy, the 2G rule for retail will no longer be applied - as stipulated by the court ruling.

Corona: Söder confirms change of course live on ZDF – “Do not lock on suspicion”

Munich – The corona pandemic, based on the pure number of infections, is currently at its preliminary peak*.

Many experts, such as Health Minister Karl Lauterbach (SPD), even fear that the “peak” could not be reached until mid-February – with hundreds of thousands of new infections per day.

Nevertheless, the thought of a new way of dealing with the virus creeps in.

The main reason: According to experts, the omicron variant is much more contagious than the previous ones, but is also considered to be milder in its course.

CSU boss Markus Söder, known since the beginning of the pandemic as the leader of “Team Caution”, has now confirmed his intention to change course *.

CSU boss Markus Söder speaks on the ZDF program "Maybrit Illner" about the current corona situation in Bavaria and Germany.

In the talk show "Maybrit Illner" on

, the Prime Minister spoke from Munich* about the current state of affairs in Corona politics.

In its most recent statement, the Bavarian state government had already indicated that it wanted to make some easing possible - always depending on the infection process, of course.

This could include increasing spectator capacity in culture, but also the return of spectators to the football stadiums.

The Bavarian administrative court only overturned the 2-G rule for retail on Tuesday, January 18th*.

Now Söder is confirming the indicated change of course at Maybrit Illner.

Corona: Söder speaks of a "new situation" - and indicates milder rules despite the omicron

“We always listened to the experts.

If Omicron is now actually more contagious but milder, then we have to ask in particular whether it is justified to do the same management with major interventions in people's freedom," says Söder.

"I believe that we cannot and must react to Omikron with just the strictest variant," said Söder.

"We have to find a breathing system." One should not "lock up on suspicion", one now has a "new" situation.

As always, it is crucial to prevent the health system from being overloaded.

However, the CSU boss did not reveal which measures are specifically possible in the future. Happy ending thanks to Omikron: Does the variant actually bring the "Walt Disney scenario"? 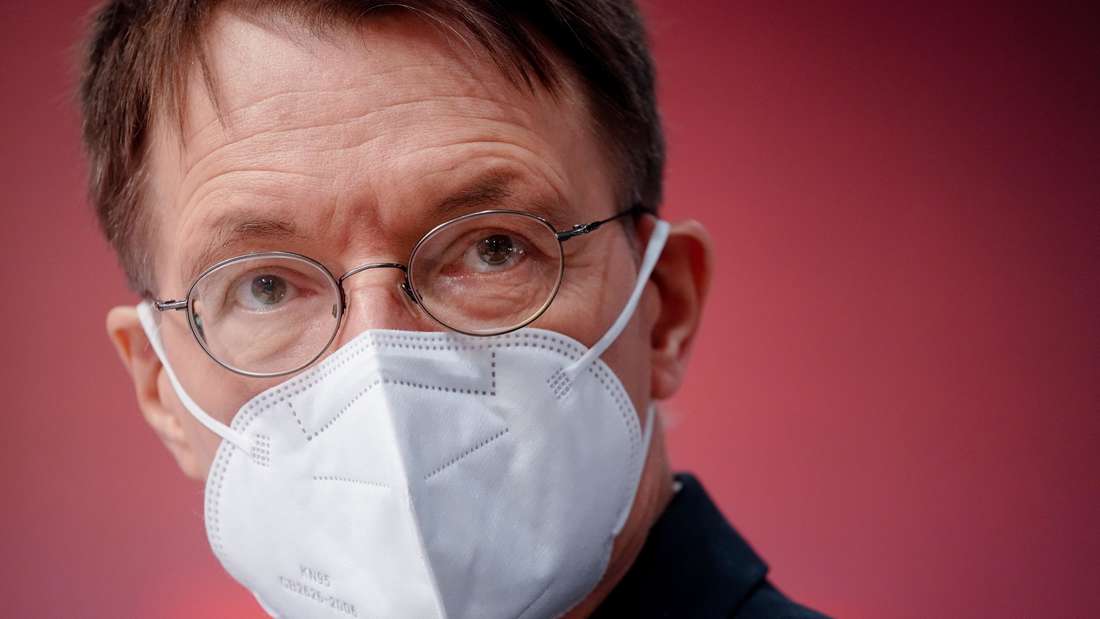 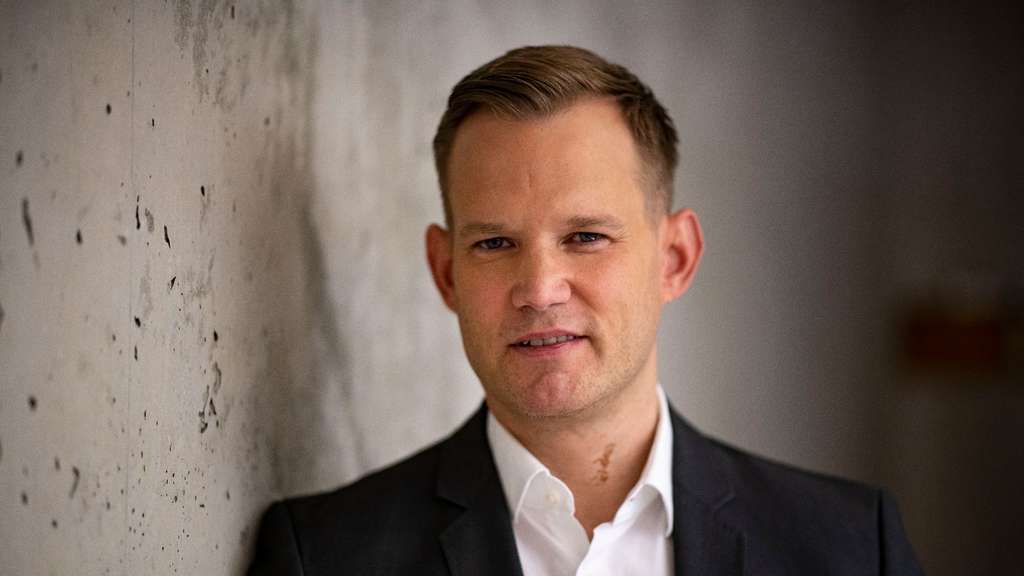 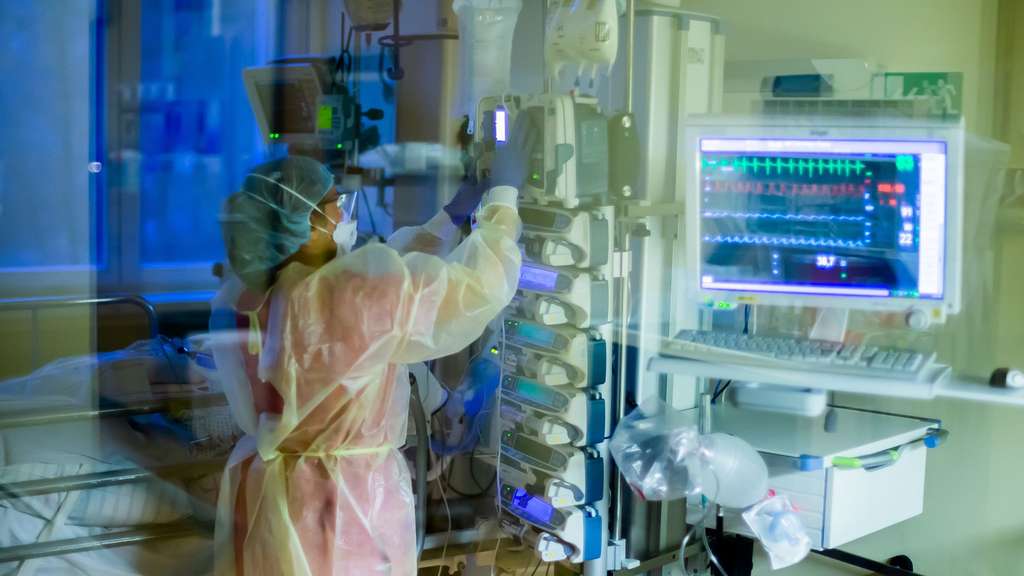 Does the corona virus come from a laboratory? Virologist Drosten talks about “conspicuous” observation