The epidemic situation in Hong Kong is severe, with 140 new confirmed cases yesterday (23rd), a single-day high in a year and a half. Among them, 125 are local cases, mainly involving Kwai Chung Village; there are also 4 cases of unknown origin, which are the fifth wave of single cases. 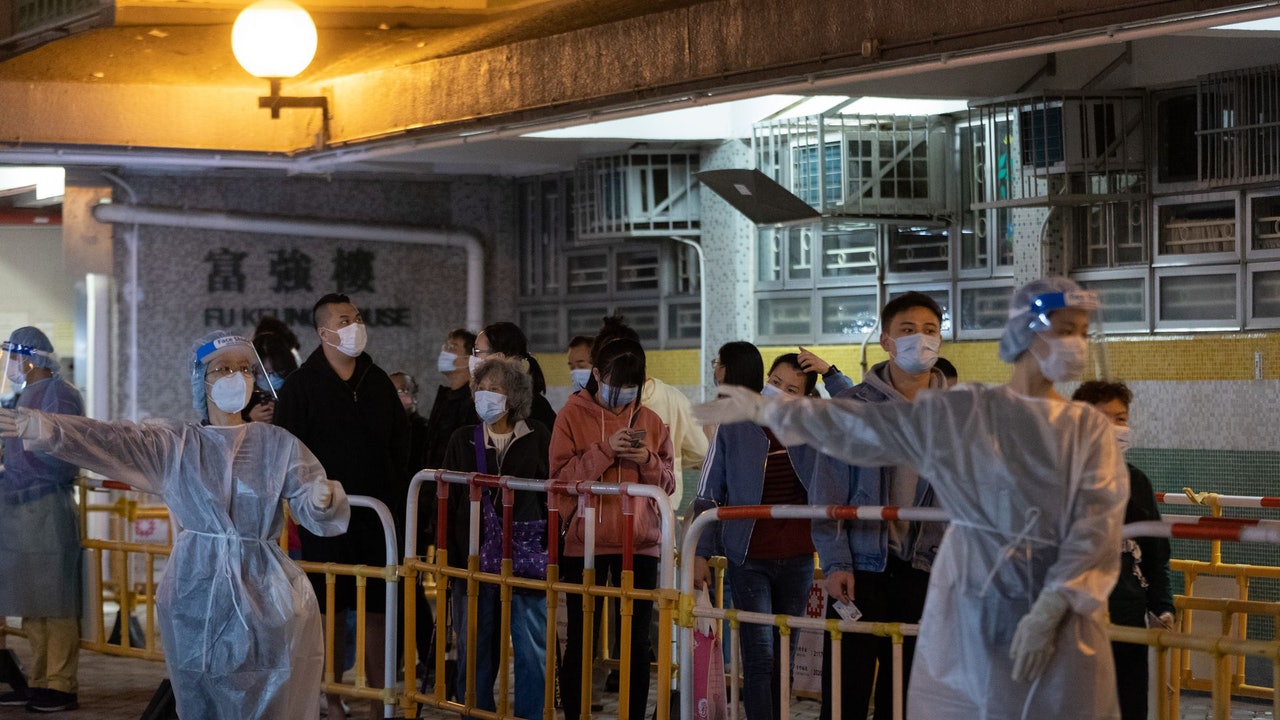 The epidemic situation in Hong Kong is severe, with 140 new confirmed cases yesterday (23rd), a single-day high in a year and a half.

Among them, 125 were local cases, mainly involving Kwai Chung Village; there were also 4 cases of unknown origin, which were the largest in a single day in the fifth wave.

At the beginning of yesterday, the number of confirmed cases exceeded 100 again, and it was at the top for two consecutive days.

▼On January 23, the Hong Kong Society of Hospital Pharmacists introduced the children's and adults' version of Forbidden▼

[04:21] The outbreak of the Kwai Chung Village outbreak has accumulated over 173 confirmed and preliminary confirmed cases as of yesterday. Yat Kwai Building and Ying Kui Building are the hardest hit areas. More than 5,000 residents in the two buildings need to be quarantined at the original site and undergo mandatory testing for five days. Authorities provide three meals a day.

The epidemic in Kwai Chung Village was detonated by scavengers and cleaners. After the outbreak, the situation is still very poor. There are pictures on the Internet. There is a lift lobby on the floor of Yak Kwai Building, and no one has cleaned up the garbage accumulation; residents of Ying Kwai Building have reported that they are working to distribute meals. The staff put two boxes of lunch boxes in the elevator lobby on the floor and left, and the household garbage was next to them. "They just lowered two boxes of meals into a lift (lift) mouth." They also pointed out that many neighbors did not receive meals, which was a waste.

[02:46] A student of City University who was initially diagnosed with new coronary pneumonia worked as a staff member at an on-campus event on the 11th of this month. It is reported that CityU President Guo Wei, Vice President Li Guoan, and Dean of Engineering Guo Dawei also attended the same day.

CityU said that all attendees on that day wore masks throughout the day.

▼1.23 The staff of Kwai Chung Village are waiting for you▼

[00:01] There is a big outbreak of new coronary pneumonia in Hong Kong.

In addition to the accumulative total of more than 170 cases in Kwai Chung Village, the new cases yesterday also involved many residential buildings in Hong Kong, mainly related to patients.

Among them, there are many public housing estates on the list, such as Shui Chuen O Estate, Choi Wan Estate, Yat Tung (2) Estate, etc.

A 60-year-old female patient lives in Bai Jianshi Road, Jardine's Hill, in the middle of the mountain. There are many celebrities and wealthy people living there, many of them are detached houses. However, the Department of Health has not explained the details involved. building or house number.

Guofeng is on the list again, and the 31-year-old male patient ranks first, at least the fifth time on the list.

A 31-year-old male resident of Tower 1, Royal Gold and National Peak, Yau Ma Tei, was infected with the virus.

▼1.23 Residents of Kwai Chung Village to be tested again▼

In addition, due to the accelerated digital transformation of enterprises due to the epidemic, the funding applications for the "Technology Voucher" exceeded the expectations of the Innovation and Technology Commission. In June last year, the Hong Kong Productivity Council was entrusted to serve as the secretariat of the "Technology Voucher" to expedite the processing of applications. , it is expected that most of the applications accumulated last year will be completed by the middle of this year.

Yuan Guoyong predicts that the number of confirmed cases will increase exponentially, and the fifth wave of the epidemic may take 2-3 months to be brought under control

Anti-epidemic for two years | Omicron is expected to be like a flu in the future. Kong Fanyi: I have seen the light at the end of the tunnel

Kwai Chung Village｜A total of 173 cases in the whole village, Yak Kwai House accounts for 74%, and it is similar to Block E of Sars Amoy Garden

Yikui Building | Father Chuyang and others sent him to the yard for half a day without isolation and asked the government angrily: Do you want to be exposed to the sun in the whole building?

Kwai Chung Village｜Carrie Lam Cheng Yuet-ngor and Li Jiachao came to the scene to inspect and stayed for 20 minutes, and some residents shouted dissatisfaction from upstairs

Chen Heng-pung, the infected area of ​​Kwai Chung Village, pointed out that more than 1,000 cleaners have been asked for help, and the garbage in Yak Kwai House has not been cleared.

A total of 4 cases of outbreaks in Xiangshan Village, one more employee of the Housing Department was diagnosed and worked in the Leshan Building Office

Residents in Kwai Chung Village rush out to eat in restaurants after the lockdown is lifted. The elderly spend more than 1,000 yuan to store food

Vaccines | Parents bring their young children to Kexing to have confidence in inactivated vaccines: if there are antibodies, classes will resume soon and follow up

Rat Killing Order | Citizens hand over 77 hamsters, one of which is positive, pet shop at least 10 hamsters infected

WFH | HKUST, CUHK and faculty members work from home together on Monday for at least five online classes

Mandatory testing｜95 locations are on the list, including Lingyin Temple in Lantau Island, restaurants in Tsuen Wan, Ruxin Hotel, etc.

Kwai Chung Village｜At least 7 outbreak residents are worried about quarantine and emergency purchase: don’t want to eat instant noodles The initial diagnosis was made by the inspector who participated in the closure of Kwai Tsing Village. Kwai Chung Village | A total of 173 cases were detected in the village. Yak Kwai House accounted for 73%. Kwai Chung Village is close to Block E of Sars Amoy Garden. Mandatory testing for shouting and dissatisfaction | 95 locations on the list are located at Lingyin Temple in Lantau Island, restaurants in Tsuen Wan, Ruxin Hotel, etc. 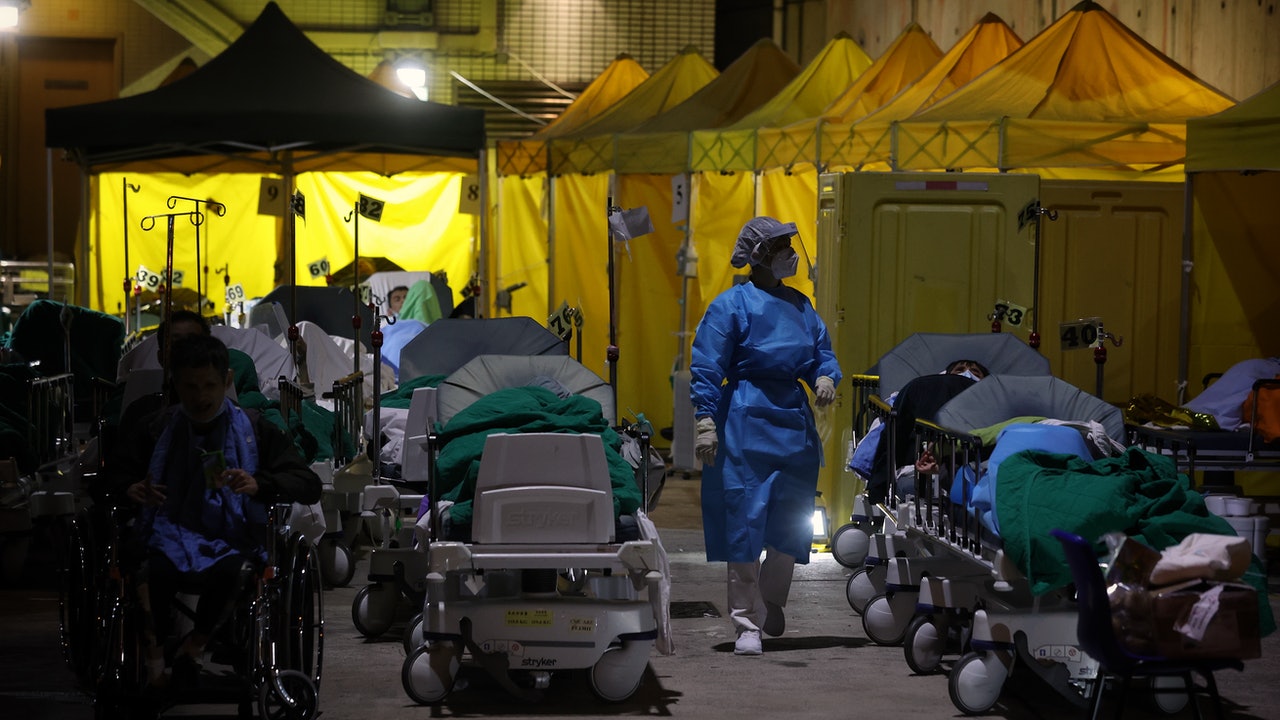 Latest Epidemic｜News: As of yesterday, the number of newly diagnosed and confirmed patients waiting to be sent to hospital reached 12,000 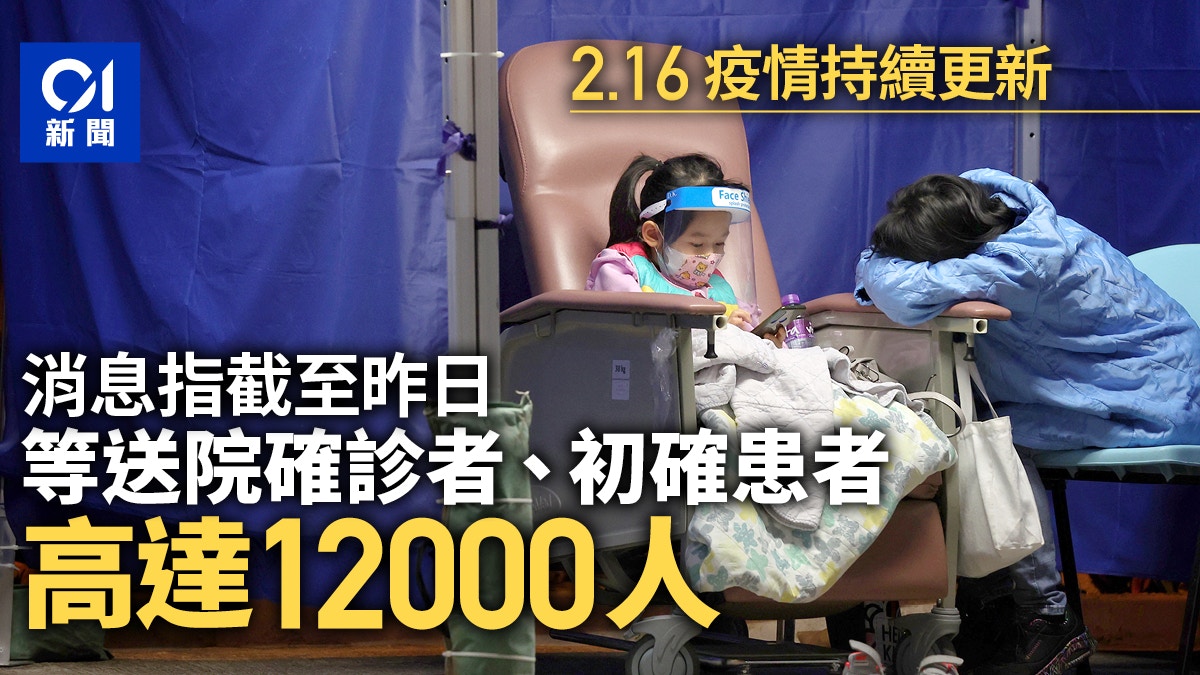 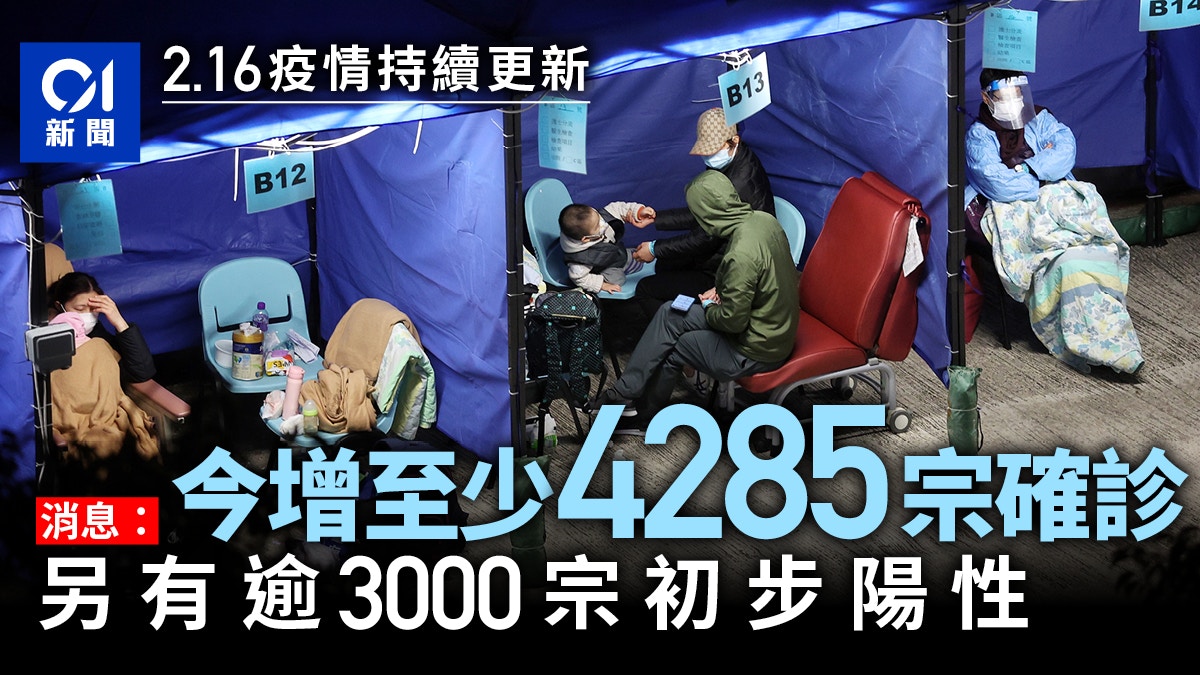 Latest Epidemic ｜ Yiu Ping Building, Yiu On Estate, Shatin, has a positive sewage test, and the building is closed for inspection 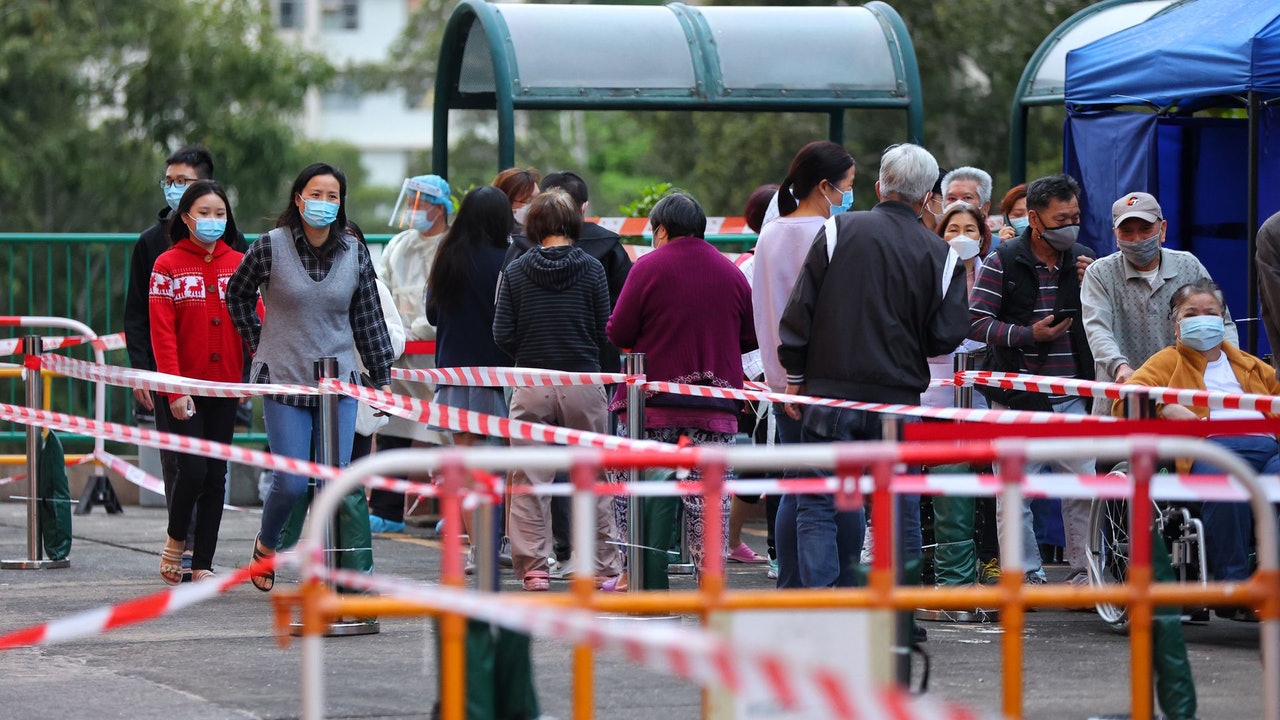 Epidemic ｜ Newly diagnosed cases fell below 7,000 Zhang Zhujun said that the epidemic in the hospital was not under control 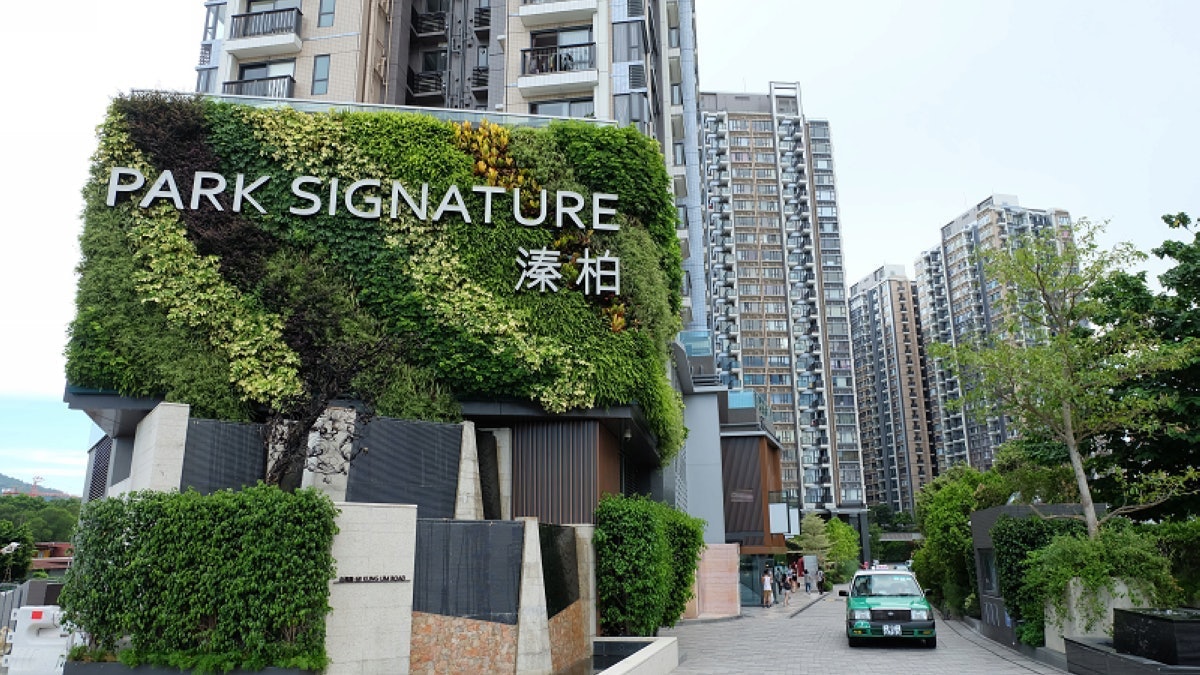 Diagnosed Buildings | Nearly 5,500 buildings are currently diagnosed, and 2 buildings in Mid-level Ulsan Garden and Bel-Air are on the list

Latest Epidemic ｜ More than 30 Chuyang cases have been reported after the extension of the closure of Ching Long House in Ching Ho Estate, Sheung Shui for one day

Latest Epidemic ｜ Yiu Ping House and Man Wo House, Tung Chung, Shatin are required to be enclosed and inspected if they are positive for sewage