During a visit to India, naval chief Schönbach irritated with statements about the Ukraine conflict. According to SPIEGEL information, he now has to take his hat off.

The Inspector of the German Navy, Kay-Achim Schönbach, is resigning from his post after controversial statements on the Ukraine conflict.

The Ministry of Defense announced this to the representatives in the Bundestag on Saturday evening.

Within the federal government, an appearance by the admiral far from home on Saturday caused severe irritation.

During a visit to India, Schönbach had said that the Crimean Peninsula was lost to Ukraine, contradicting the position taken by Germany and its partners.

Regarding Vladimir Putin's motivation, he explained that the Russian president only demands respect and probably deserves it.

This wish is easy to fulfill.

Schönbach had also described himself as a "very radical Roman Catholic Christian".

He believes in God and therefore thinks it's good to be able to count on Christian Russia as a partner against China: "Even we, India, Germany, need Russia because we need Russia against China," says Schönbach, even if Putin is an atheist , "it does not matter.

Having this big country on our side as a bilateral partner, even if it is not a democracy, (...) may keep Russia away from China.«

Both in the defense department and in the Foreign Office, people were quite annoyed right up to the top management.

It quickly became clear that the video of his performance could not remain without consequences.

At a video conference hastily convened in the morning, Defense Minister Christine Lambrecht, SPD, discussed with her Inspector General Eberhard Zorn and her chief PR adviser how to deal with Schönbach.

The group agreed that the chief of the navy must immediately clarify his statements publicly, and that some kind of apology was expected.

The officer was summoned to a clarifying meeting with the inspector general on Monday.

Even at this point, many in the military department expected that Schönbach himself would ask for his release.

Otherwise, the minister would have had to retire him by the beginning of the week at the latest, since she cannot tolerate such a failure by a leading officer.

Kay-Achim Schönbach is now back in Germany.

In the late afternoon he informed Minister Lambrecht that he was asking for her retirement.

His statement, later released through the Navy Press and Information Center, reads:

“I have just asked the Federal Minister of Defense to release me from my duties and duties as Inspector of the Navy with immediate effect.

The thoughtless comments I made in India on security and military policy are increasingly weighing on my office.

In order to prevent further damage from the German Navy, the Bundeswehr, but above all from the Federal Republic of Germany, I consider this step to be necessary.«

By taking the step of asking for his release himself, Schönbach avoided an embarrassing situation.

Schönbach has been in charge of the German naval forces as inspector of the navy since March of last year.

"In the Federal Ministry of Defense and in multinational military bodies, he represents the maritime perspective of the Bundeswehr," says the Bundeswehr's website.

The 56-year-old said he spoke in a round of talks at a think tank in India.

A video recording of it had been circulated on the Internet.

"The Crimean peninsula is gone, it will never come back, that's a fact," says Schönbach there in English.

The Federal Ministry of Defense then declared that the content and wording of the statements in no way corresponded to the position of the ministry.

"Admiral Schönbach will be given the opportunity to make a statement to the Inspector General," said a ministry spokesman.

Schönbach has meanwhile described his statements on Twitter as "imprudent, misjudged the situation" and added: "That was a clear mistake." It was his personal opinion, which did not correspond to the position of the ministry.

An initial reaction from German politicians came from defense politician Marie-Agnes Strack-Zimmermann (FDP): »I am a friend of clear words, especially when it comes to military advice.

Of course, based on our democratic canon of values.

His resignation is logical.«

The CDU defense politician Henning Otte also described the dismissal of the inspector as inevitable: "Anyone who suggests respect and understanding for Putin in this tense security situation is subject to a military misjudgment," said Otte on Saturday evening.

The release from the responsibility as inspector of the Navy is therefore "consistent and correct".

With material from Reuters and dpa 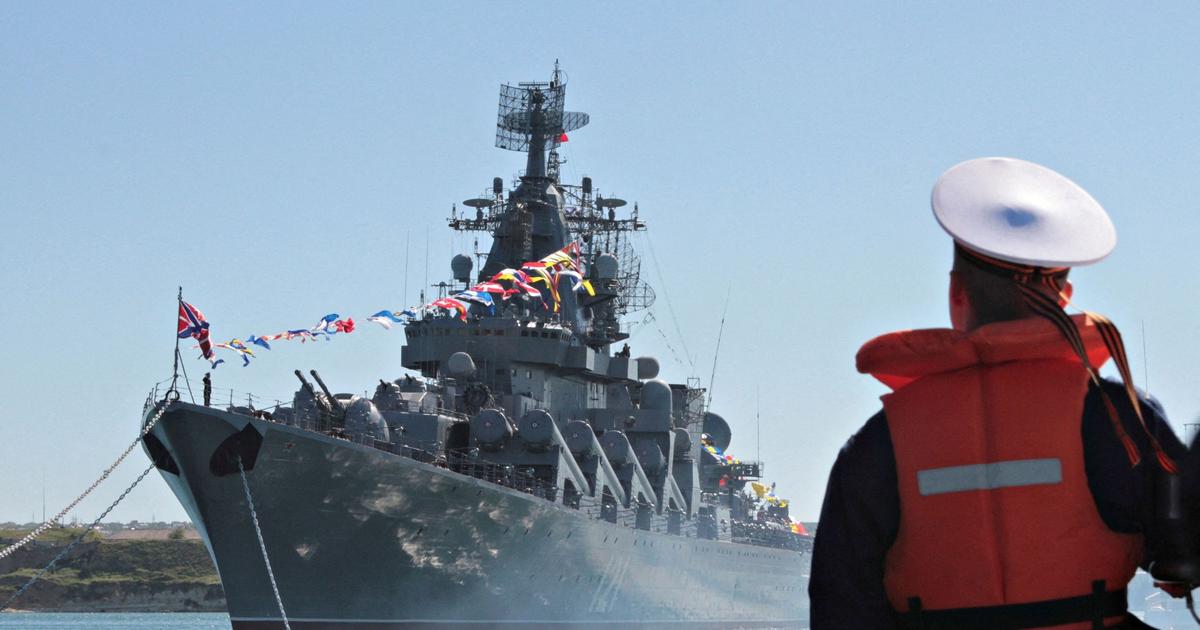 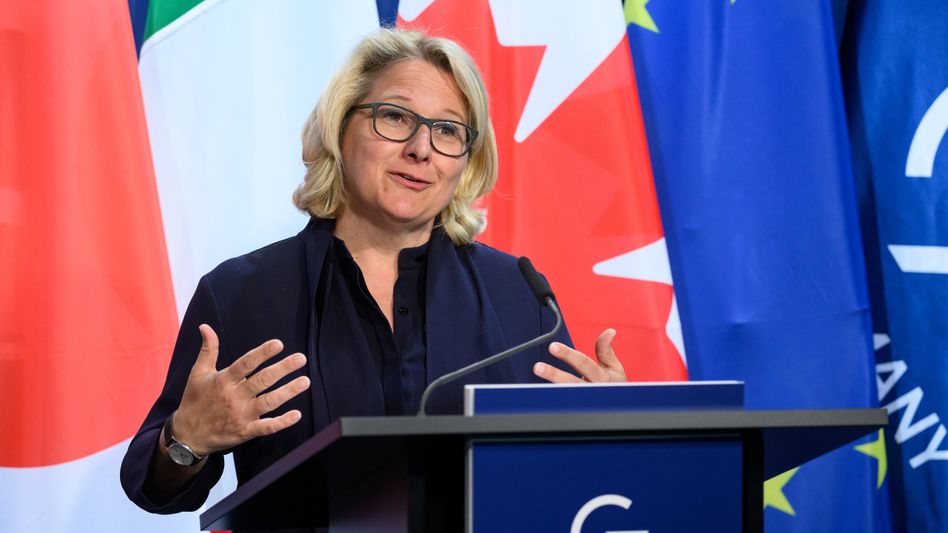 Meeting of the G7 development ministers: Schulze accuses Putin of using hunger as a weapon 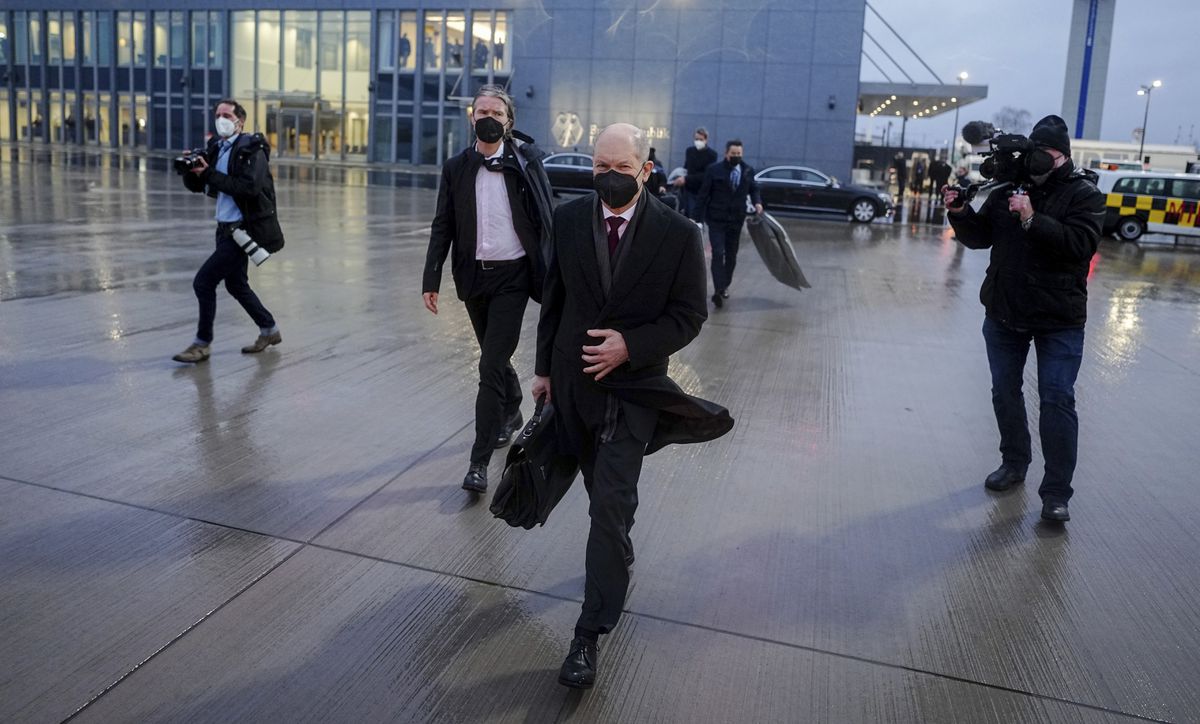 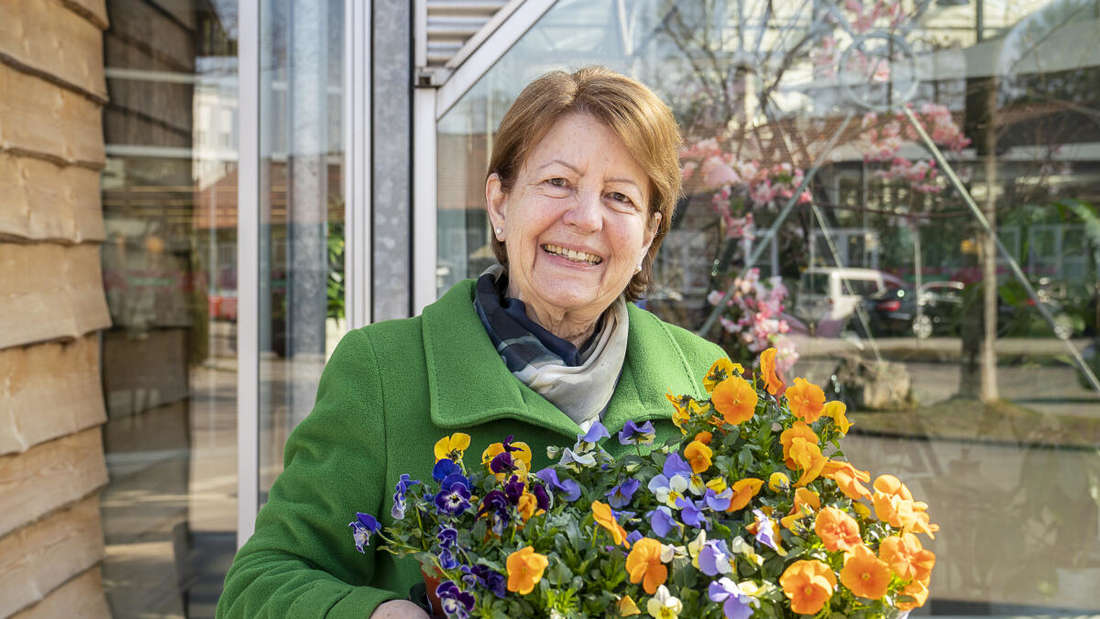 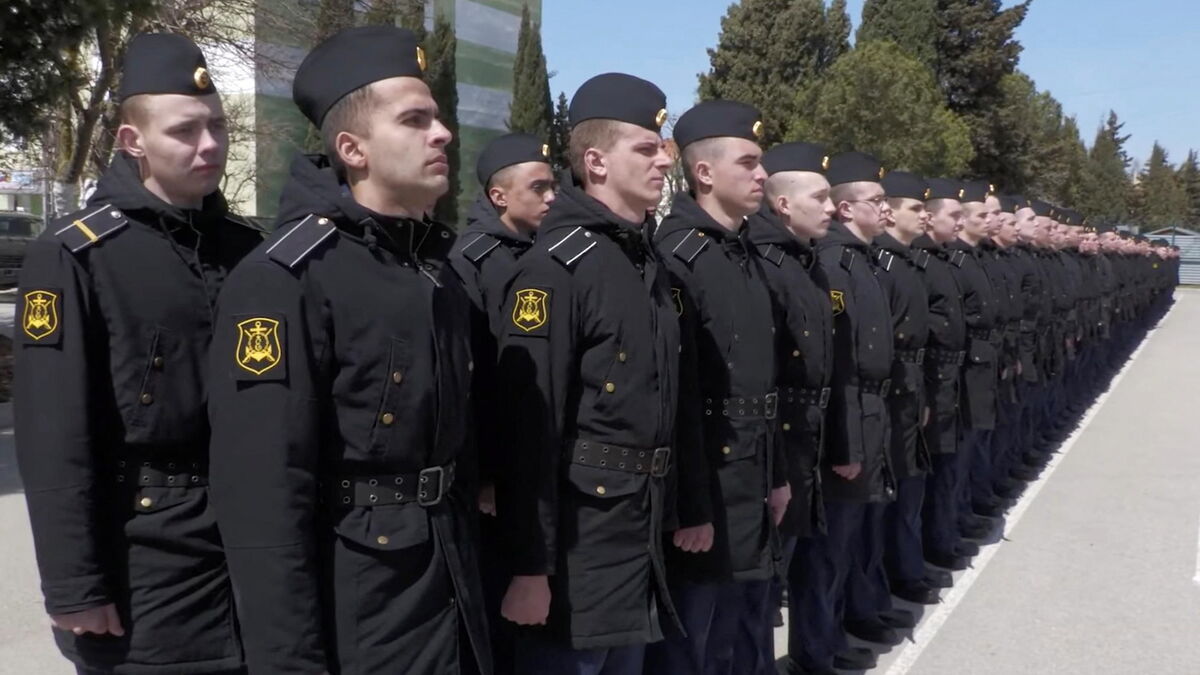 War in Ukraine: Russia releases a video presented as showing survivors of the Moskva cruiser 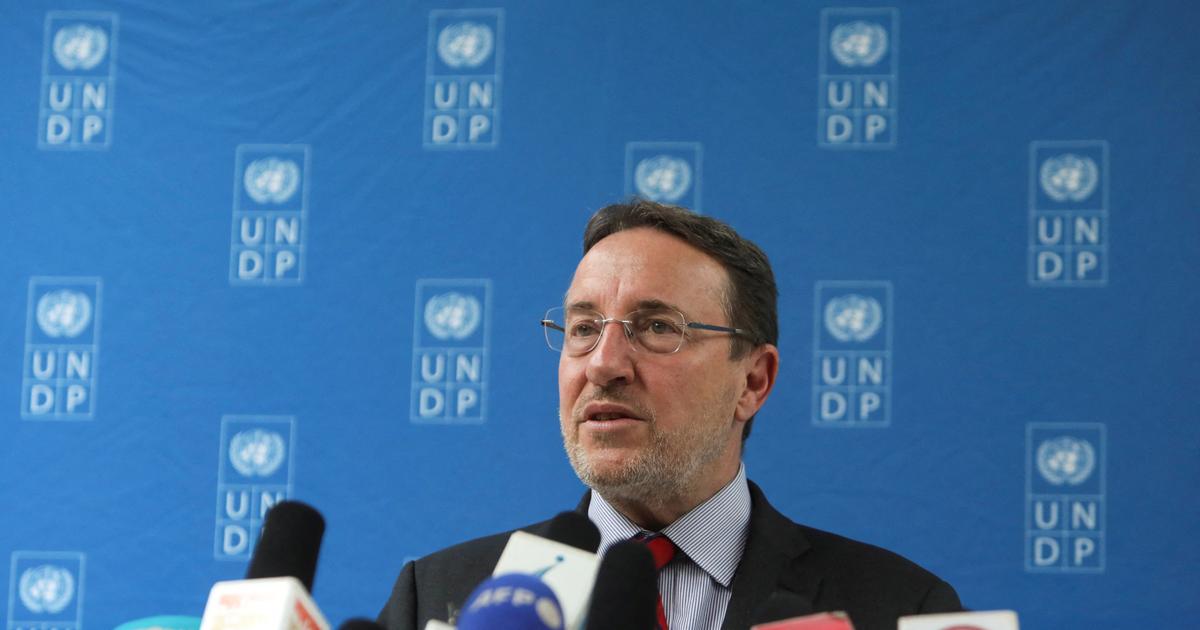 Afghanistan: Aid could go to other crises if girls' schools don't reopen 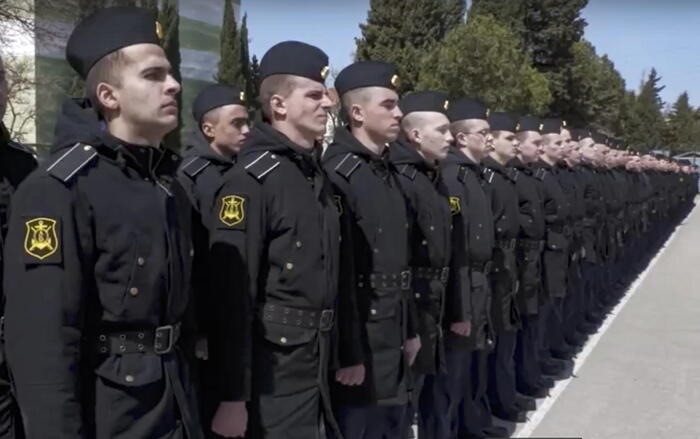 The Israeli occupation escalates its aggression against Jenin in an attempt to break the steadfastness of its people
2022-05-19T10:03:13.537Z

The State Attorney's Office ordered DIP to complete an investigation into the killing of the boy Muhammad Kiyuan | Israel Today
2022-05-19T09:52:08.757Z

3 more people in Xingyue Building were recruited, a total of 73 people were infected, the Department of Health revealed 3 major ventilation problems and caused super spread
2022-05-19T09:51:25.573Z

Less than a month after the resumption of classes, at least four incidents of students falling from buildings, experts say, sound the alarm and call for attention
2022-05-19T09:45:50.693Z

House of Representatives passes a bill to prevent domestic terrorism after the mass shooting in Buffalo
2022-05-19T09:45:26.269Z

Under the influence of drugs and without a license: indictment against a resident of Lod who ran over a border policeman | Israel Today
2022-05-19T09:40:06.673Z

Temporary Vaccine Pass｜Restart the online platform for non-local injectors who can fill in the form to enter the restaurant before 8.31
2022-05-19T09:33:23.558Z