Sand Banshan Notes｜The disposal plan for "Hongmen Banquet" is expected to be announced on Tuesday, and two senior officials "fall into the wok"

Hong Weimin's birthday party, a representative of the Hong Kong People's Congress, broke out in the epidemic. In the blink of an eye, the 21st day has passed. The officials and parliamentarians involved have resumed work one after another. Among them, Lin Zhengyue named and criticized Xu Yingwei, director of the Home Affairs Bureau, who was the fastest.

Hong Weimin's birthday party, a representative of the Hong Kong People's Congress, broke out in the epidemic. In the blink of an eye, the 21st day has passed. The officials and parliamentarians involved have resumed work one after another. Among them, Lin Zhengyue's named and criticized Xu Yingwei, director of the Home Affairs Bureau, as soon as Tuesday (25th). ) morning reinstatement.

However, Sand Ban Shan heard that the high level of the Hong Kong government decided to strictly handle the "Hongmen Banquet" incident. Xu Yingwei, as an important member of the anti-epidemic team, is most responsible for the crime. Together with the Director of Immigration, Au Jiahong, who is the second "criminal gathering", there are It is said that the two may "fall into the wok" together.

Xu Yingwei and Au Jiahong to resume work on Tuesday

On the day the "Hongmen Banquet" turmoil broke out, Carrie Lam quickly instructed the Chief Executive's Office Director Chen Guoji and the Civil Service Bureau Secretary Nie Dequan to conduct a detailed investigation. She said before attending the Executive Council last Tuesday (18th) that the incident would not be over. An account will be made to the public upon completion of the investigation.

Someone in the political circle revealed to Sha Banshan that, in fact, Chen Guoji had submitted the investigation report about a week ago, but it was not Carrie Lam who deliberately slowed down the processing, but it was now in a politically sensitive period. hanging" status.

However, with Xu Yingwei, Au Jiahong and other officials leaving Penny's Bay a few days ago, and the completion of 7 days of home self-monitoring today, the two will resume work on Tuesday (25th) if there is no accident. It is rumored that Lin Zhengyue will meet tomorrow before attending the guild meeting. Reporter, announce the results of the investigation.

There are several ways for Carrie Lam to "dispose" of Xu Yingwei, including condemning, reassigning, and even resigning. Sha Banshan heard that if Xu Yingwei had to leave the post of Secretary, there is a greater chance of resigning and taking political responsibility.

In fact, "Hong Kong 01" also quoted news earlier that the government is studying the strict handling of 15 officials who attended the "Hongmen Banquet". Xu Yingwei is most responsible for two reasons. First, Xu Yingwei is the only official for a long time. Stay and dine in the restaurant; second, Xu Yingwei, as the main anti-epidemic official, is well aware of the government's anti-epidemic work and the epidemic situation, including that the government is studying measures to reduce unnecessary outings and gatherings of citizens.

As for the Director of Immigration, Au Jiahong, he apologized to the public for violating the ban on gatherings by attending a banquet at Evergrande in March last year and said he would "learn a lesson". He was also accused of not using the "Safe Travel" app, and the political circle expected his career or pedestrians to stop.

If Xu "falls out of the wok", Nie Dequan is expected to also serve as the Civil Affairs Bureau

Some politicians said that if Xu Yingwei loses his official position, theoretically, the deputy bureau will take the top position. Since there are only more than 5 months before the government change, it is difficult to find another candidate. That is "sit up" the development secretary.

But the irony is that this time, Xu Yingwei's deputy and the deputy bureau of the Civil Affairs Bureau, Chen Jizhi, also attended the "Hongmen Banquet". Afterwards, he made a public apology for his "insufficient sensitivity." The position of director may also be difficult to convince the public.

Therefore, the best and most reasonable choice is for Nie Dequan to continue to serve as the Civil Affairs Secretary until the government changes, so as to reduce personnel changes and shocks. Moreover, the "Three-Ear Director" is also the government's anti-epidemic officer. In addition to being responsible for the Guzhen Project, he also It can coordinate and mobilize civil servants to fight on the front line. If they can play a "double positive role", it is also expected to add points to promotion and promotion in the future.

A senior establishment faction said that the special election campaign is about to start, and Lam Cheng will definitely handle the incident strictly. Become a victim of the "Hongmen Banquet". 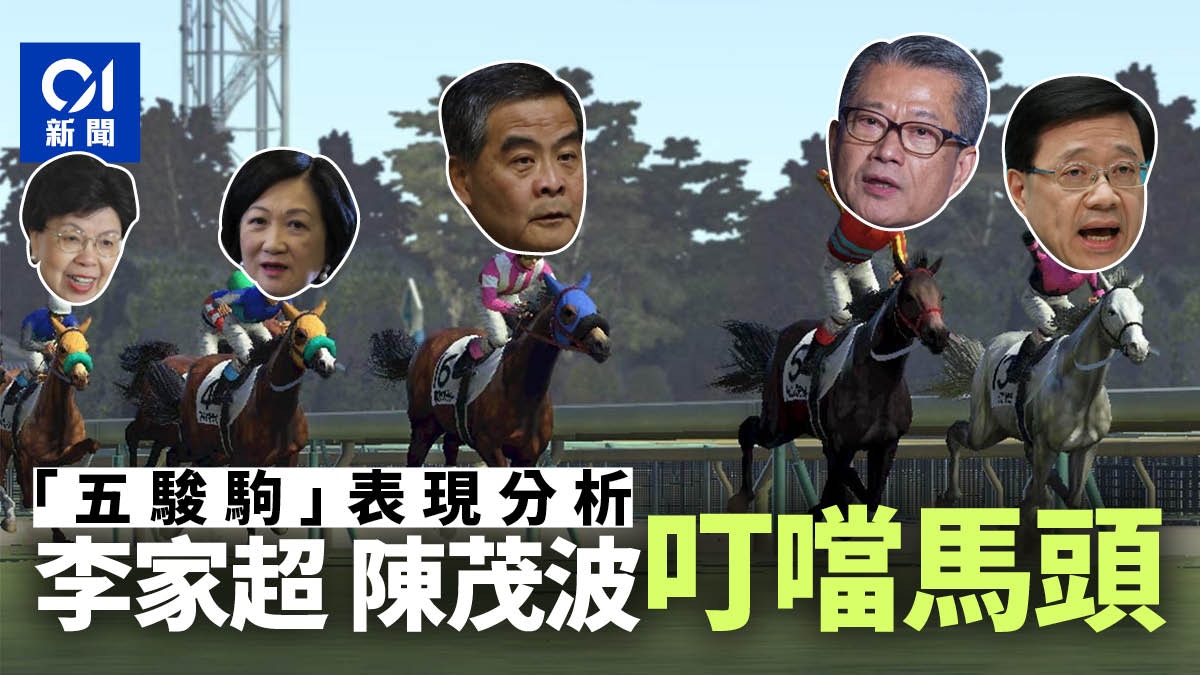 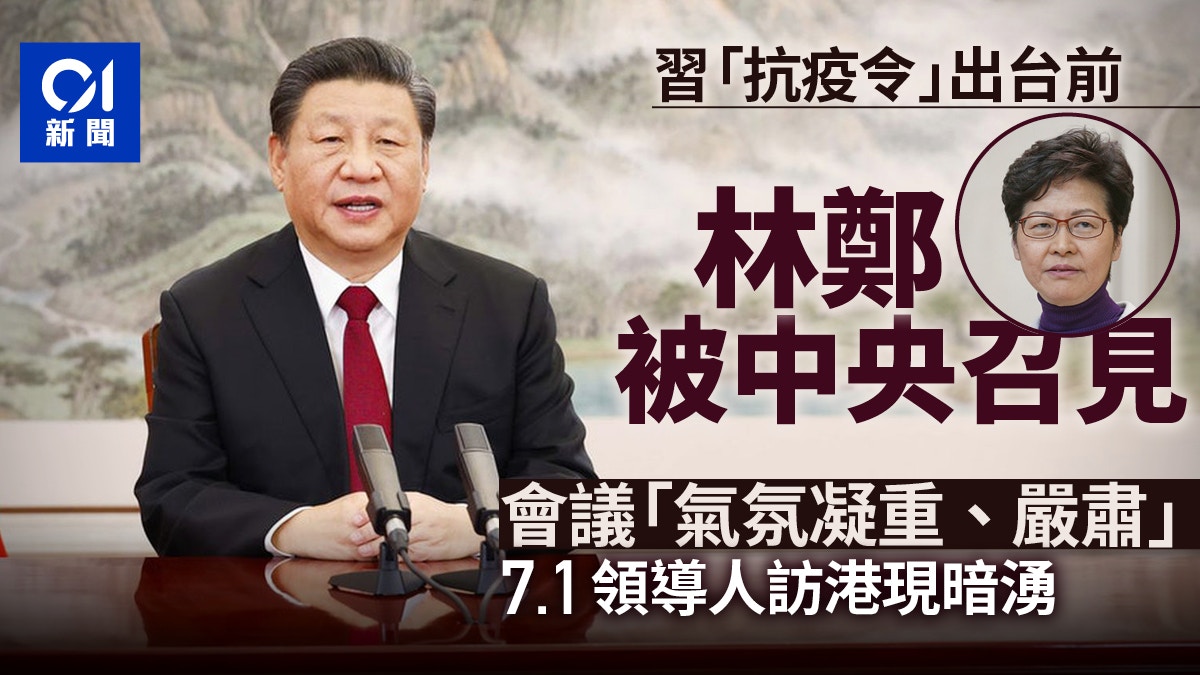 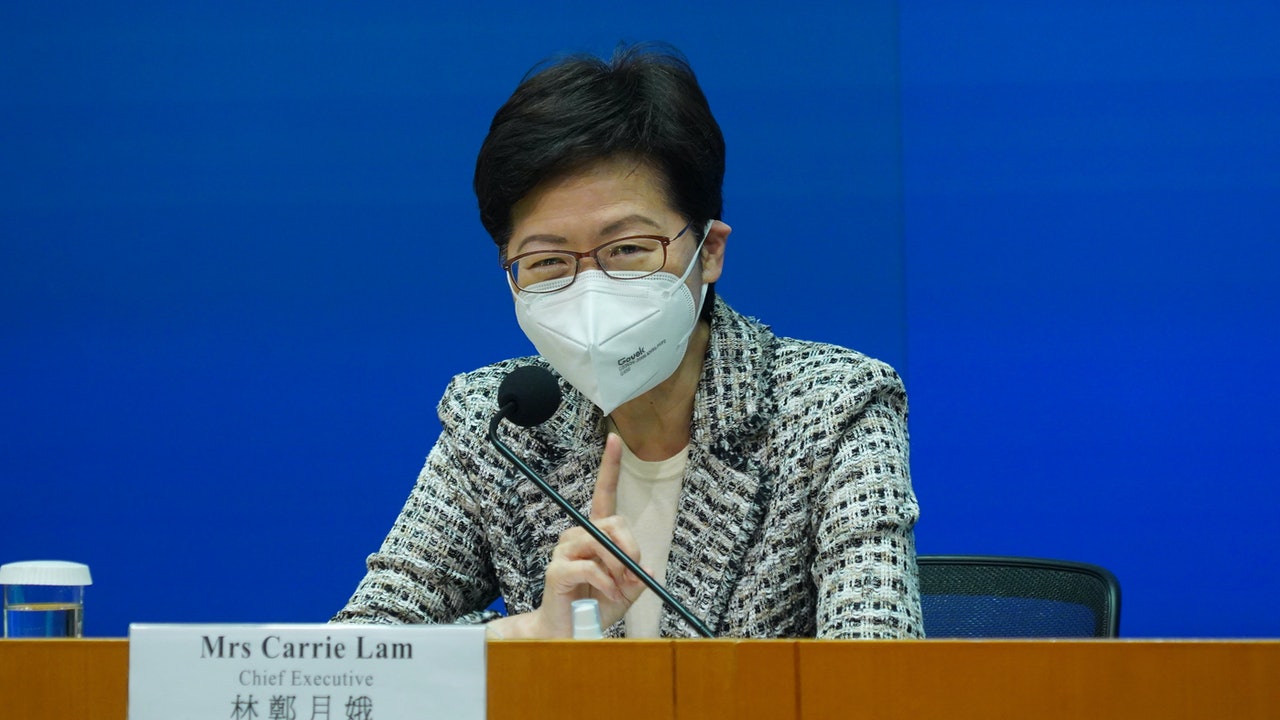 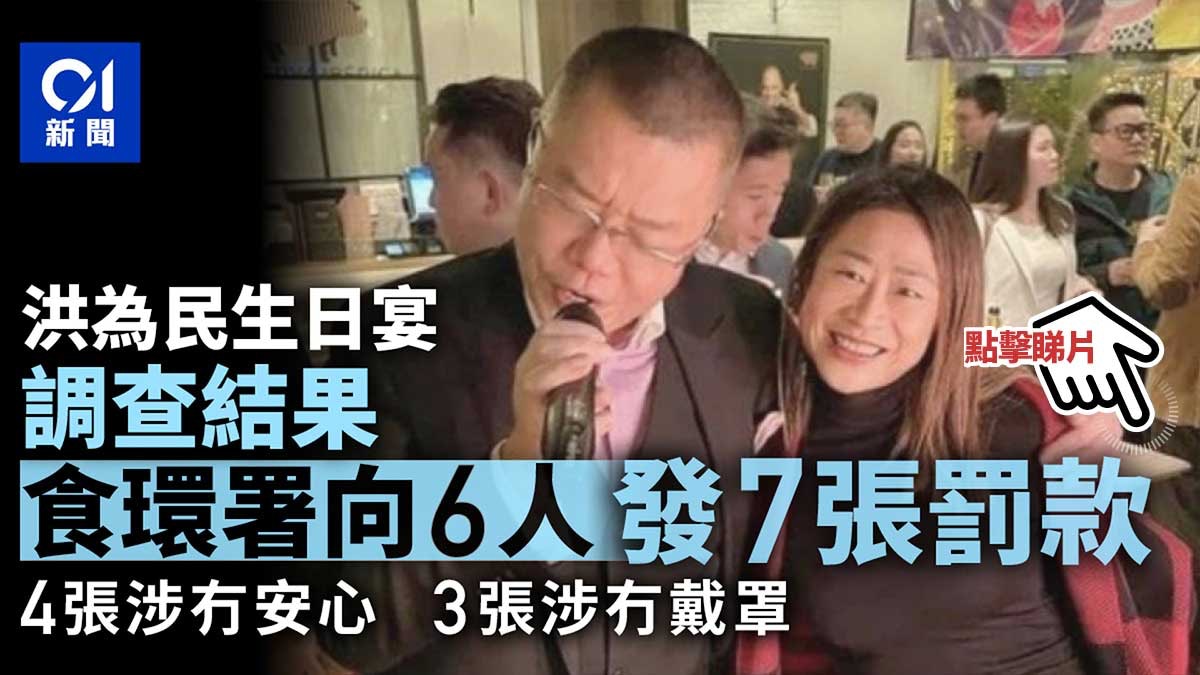 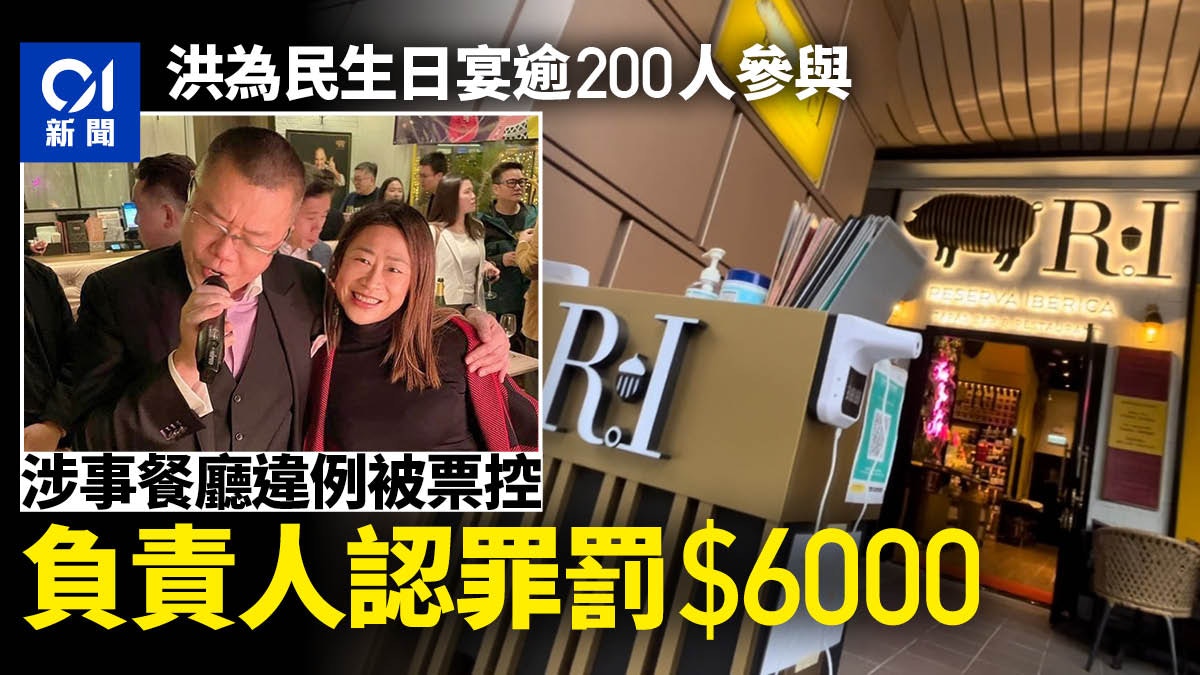 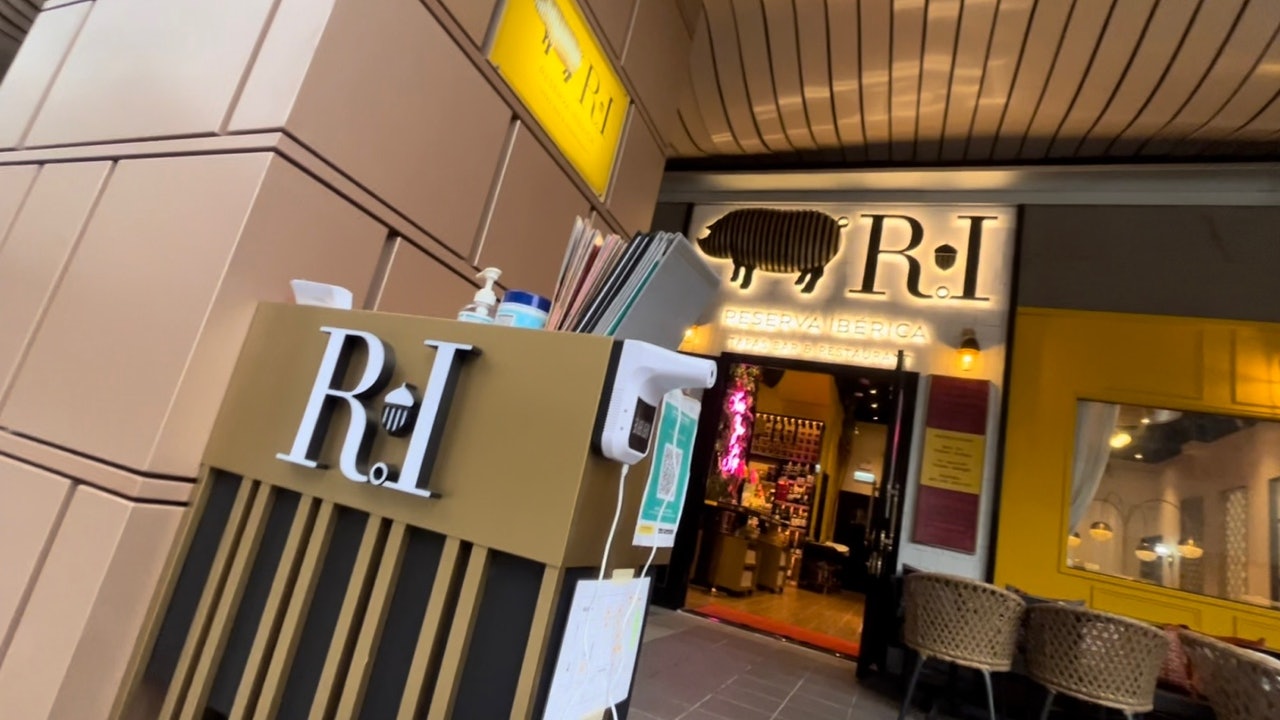 Demolition of the Bnei Brak terrorist's house on the table, these are the considerations and arguments in the High Court | Israel Today
2022-05-16T08:32:24.866Z

The head of an association that prepares teenagers for the army is suspected of sexual offenses in apprenticeships - Walla! news
2022-05-16T08:32:11.828Z