Are you cold? Drive south, where it is even colder, but warm in the heart and stomach with a variety of delicious options for tours and culinary festivals, including, as mentioned, Shabbat on the purity of the kebab • And also: new soups and spicy festival • Food news - returning from a break

Tel Aviv Asif launches Happy Hour, during which a 20 percent discount on the food and drink menu (excluding desserts) will be given between 18:00 and 19:00.

It is recommended to be precise so as not to miss.

Also, on Tuesdays-Thursdays the restaurant is open until 23:00, and there are also new dishes such as Kaunas in smoked samana butter (honey, brown egg, smoothie and grated tomato - NIS 52);

Cafe on the morning

Meet CAFÉ 99, a new breakfast restaurant from the kitchen of Chef Oved Alfia, located at the Dan Tel Aviv Hotel and open to the general public on Sundays-Thursdays from 11: 00-08: 00 (only in the morning, yes?).

The raw ingredients come from local farms and you can start the day with delicacies like poached egg with avocado, grilled tomato, dried olives, coriander, hot pepper and Abraham bread;

Pudding icing with chantilly cream and red fruit - and a variety of starters, muesli, desserts, a pastry bar and a selection of hot drinks, fresh juices, cocktails and wine.

Available at all branches of the chain, also in delivery

How does Buffalo do?

The Lounge Bistro in Tel Aviv celebrates 15 years and offers a fine buffalo meat special with a variety of dishes such as a buffalo burger (NIS 78, including fries);

And porterhouse and sirloin on bone (50 shekels per 100 grams).

The restaurant also offers a meal for two that includes four starters, a buffet of buffalo meat as a main course, and a dessert (NIS 500 per couple).

The buffalo meat menu is served Sunday-Thursday from 18:30 and Saturday noon.

Two small Thai (and one large)

The Catalan brand "Quito Chef" is expanding its product range with several new items, including Quito Noodles (noodles based on palm hearts, 5 grams of carbohydrates per 100 grams - NIS 25); Quito Granola (a mixture containing almonds, seeds, coconut and cinnamon. Sweetened with fruit concentrate, without oats and without added sugar - NIS 39); And chukito (almonds coated in dark chocolate, less than 7 grams of carbohydrates per 100 grams - 24 shekels). Available at ketochef.co.il.

It's time for the kebab to be

So turn to a winter Shabbat and drive to Rahat, where the local kebabs (Abu Hassan, Al-Turki Butchery, Balcony, Mekor Meat Butcher and Al-Hajj Kebab) offer meat dishes in the best Bedouin tradition, at uniform prices and with personal stories from restaurant owners.

For a double kebab dish, for example, which includes half a kilogram of meat, chickpeas, pickles and grilled tomatoes and onions, you will part with 80 shekels, while a family portion (a kilogram of meat plus toppings) will cost only 130 shekels.

For more details, search on Facebook "Tefdlo - The Bedouin Experience in Rahat".

Hungry in the Arava

From January 27 to 29 (Thursday to Saturday) there will be a "food stories" weekend in the southern Arava - a festival of flavors and stories for the whole family, where you can stay in the area and enjoy local delicacies such as beer, ice cream and food trucks. Along with tours, workshops and a visit to a farmers' market, in the participating institutions: Park and Lake Timna, Neot Smadar Inn, Eco Fun complex in Kibbutz Lotan, the Five Senses Greenhouse in Kibbutz Elifaz and Yotvata Inn. NIS 1,800 for a couple And all the activities and tastings.For details: 08-6616976.

Food for the soul

"Cafe Niot" is a new cafe recently opened at the Schechter Institute for Jewish Studies in Jerusalem. The place employs rehabilitated mental contestants and simulates for them a work process in which they can specialize in preparation for their integration into future workplaces. The cafe is open to the general public and offers dishes at fair prices such as sandwiches (NIS 15-8), salads (NIS 20-15), soups (NIS 12), shakshuka (NIS 20), bagel toast (NIS 15), coffee (10-8 Shekels), pastries and desserts.

, the Alta fish restaurant on the shores of the Sea of ​​Galilee is renewed with a new chef - Or Kakon - who brings an updated menu for the winter of 2022. From the selection of evening dishes: smoked trout crostini (capers aioli, chili and yogurt stone - NIS 48);

And for a whole shine (butter, fish stock and lavender, green beans, kohlrabi and roasted tomatoes, plus brioche - NIS 144).

* The Haifa branch of Greg Kitchen (110 Moriah Blvd.) has renewed its soup menu, and the results are particularly warming.

Fish kebab with tzatziki and vegetables from the oven (NIS 88);

* Shopping in Merkaza, the shopping center in Kfar Yarka, and you suddenly feel like sushi?

Good news: The complex's fish restaurant has launched a new sushi menu, offering dishes such as salmon sashimi (NIS 35), tuna tartare (NIS 49) and a variety of rolls for up to NIS 44.

* Delicacies from both raise a "spicy" festival, which will challenge your endurance with more than 30 types of peppered and burning salads.

The glass of water is on us.

* The Bread Bakery website launches a category of packages where you will find, well, packages that contain the best products of the chain.

On the occasion of the launch, a 50 percent discount will be given on the shipping fee.

* Chivito Haifa (Palmer Gate 2) offers a vegan winter menu that provides a plant-based substitute for any meat dish, so you can get all of the restaurant's South American meat sandwiches with chunks of seitan or "meat" from Redefine Meat instead of regular meat.

And there are also strictly vegan dishes like empanadas, nachos and vegetable soup. 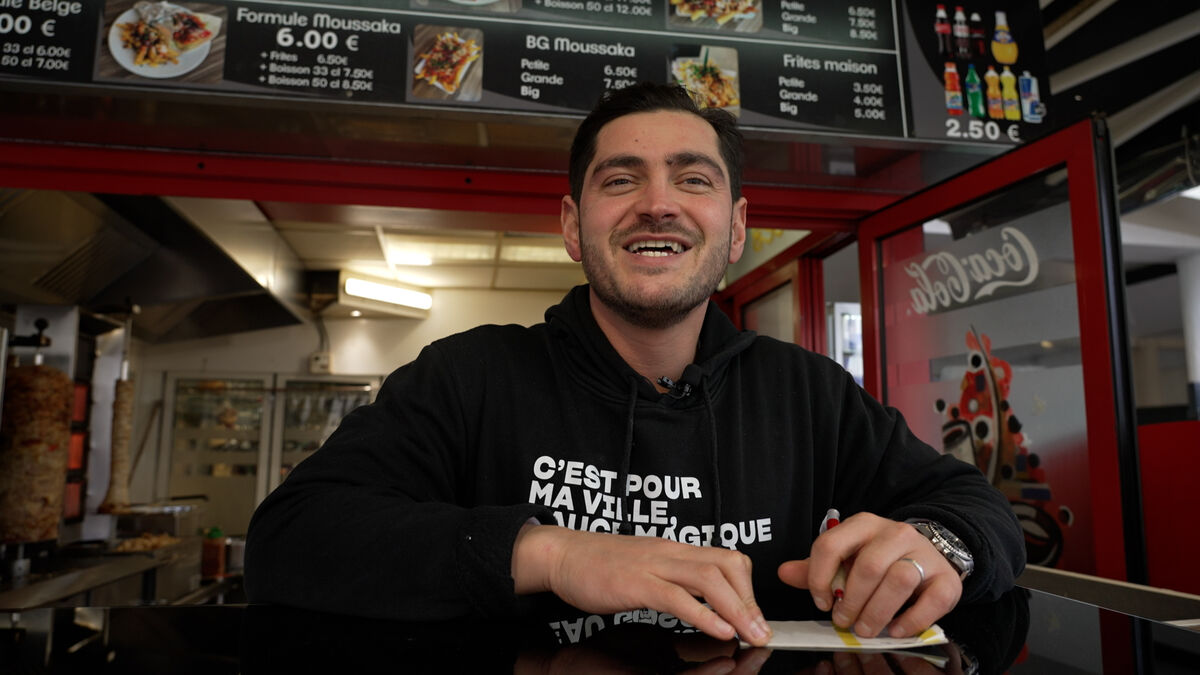 VIDEO. "We hired two people thanks to Orelsan": the "Magic Beau Gosse" has become the most famous kebab in France 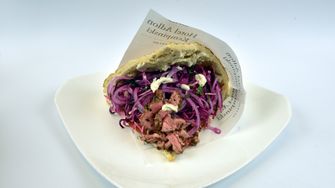 Nothing like the nineties: where can you get free frozen yogurt today? | Israel today

Not everyone manages to create a kosher version worthy of Greek cuisine, this restaurant does Israel today

A story with meat: Rhythmics are preparing for peak demand ahead of Independence Day - Walla! Of money

Just before you light the barbecue: everything you need to know about meat "on the fire" - Walla! Of money The doner kebab is celebrating its anniversary: ​​in Bad Tölz it is offered in six bistros