Bad Tölz-Wolfratshausen: Road construction measures 2022 Created: 01/24/2022, 06:30 By: Andreas Steppan Natural phenomena such as the rockfall on the B11 on Kesselberg have to be dealt with by the Weilheim State Building Authority this year. The topic characterizes the 2022 road construction calendar in the district. © Christoph Marksteiner/Feuerwehr Kochel am See/Archive These road constructi 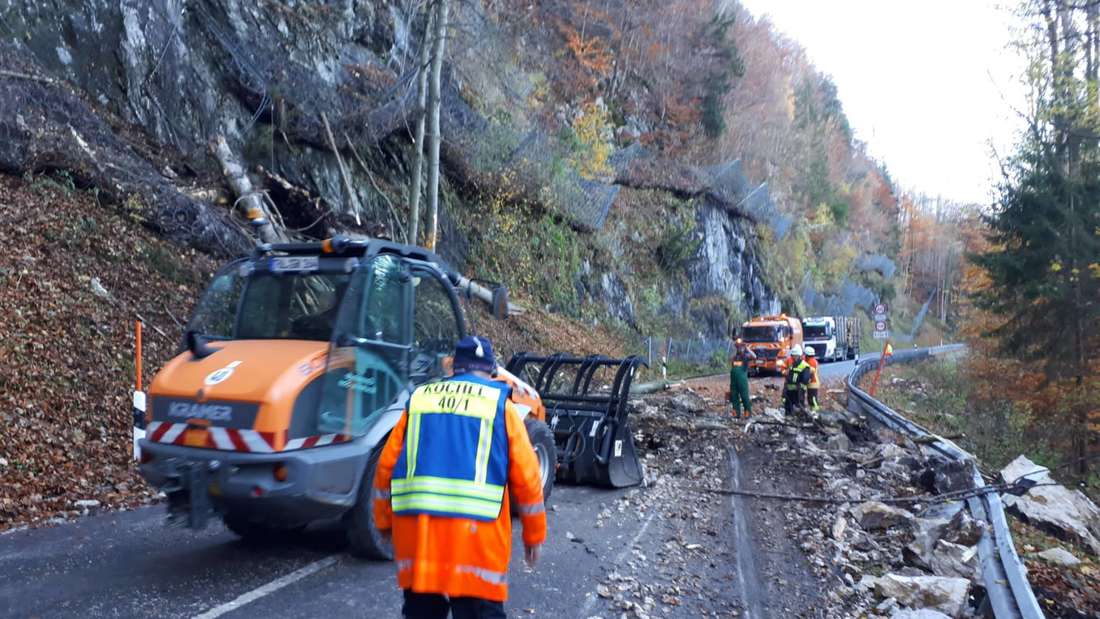 Natural phenomena such as the rockfall on the B11 on Kesselberg have to be dealt with by the Weilheim State Building Authority this year.

The topic characterizes the 2022 road construction calendar in the district.

These road construction measures are scheduled for 2022 in the district.

The work goes from the B 11 to the Nordspange.

In 2022, there will again be a number of measures on the roads in the district.

Many citizens are particularly excited about the topic of the Tölzer Nordspange, a project that has been discussed for decades and is estimated at over 47 million euros.

In addition, another topic characterizes the list of projects of the Weilheim State Building Authority: processing the consequences of natural events of the past year.

At the request of the Tölzer Kurier, Martin Herda, the department head responsible for the district, explains the most important projects.

A construction project that has been under discussion for a long time will be implemented this year at the junction of state road 2064 (Benediktbeurer Straße) and the B472 at the Bad Tölz-West entrance. Turning left here from Benediktbeurer Straße onto the main road in the direction of Tölz is risky and has already led to many accidents, including fatal ones. Instead, those turning left should now be guided through an existing underpass on the current municipal road and then after a sharp left turn on the other side of the road via a threading lane onto the B472.

Trees were felled in the crossing area, rootstocks removed and soil removed as early as autumn. According to Herda, the actual construction will begin after the winter break. "The measure will last until autumn." The traffic obstructions during the construction period are minimal, only the roadway of the federal highway would have to be narrowed a little and a speed limit would have to be imposed. The junction with state road 2064 will also be structurally modified so that drivers can no longer turn directly left. The construction costs total 1.2 million euros.

The construction of a 600-meter-long section of footpath and cycle path along the B11 between the outskirts of Ebenhausen and the northern entrance to Gut Holzen (municipality of Icking) costs 200,000 euros. Here, too, clearing work has already been carried out. However, a protected old pear tree has remained standing, although it is in the middle of the cycle path route. According to Herda, the bike path will lead past him towards the street. The start of construction is scheduled for spring. According to Herda, the cycle path will continue for another 1.8 kilometers to Icking in the coming years. "We are currently in negotiations with the community with landowners."

Around two million euros in budget funds are planned for another cycle path: It should lead along the B13 from Gaißach (junction from dm/Aldi) to Lenggries.

Construction could start in the spring.

"But we can't guarantee it yet," says Herda.

Because the nature conservation approval in the sensitive area on the edge of the FFH area "Upper Isar Valley" is still pending.

And there is also a problem with the purchase of two small plots of land.

It is not certain whether construction of the Bad Tölz northern bypass mega-project will actually start this year.

According to Herda, the first things to be done in the spring are clearing work and the removal of contaminated sites in the land south of BayWa that was acquired for road construction.

For drivers, the restrictions this year are still “manageable”.

In the background, according to the head of department, work is being done on the final trains on the detailed planning and on the tender documents.

"We are also working intensively on acquiring the outstanding areas." The aim is still to open the northern clasp to traffic around the end of 2025.

As reported, a beech tree and plenty of rock material fell from a slope on the B11 on Kesselberg in November after a storm - an event that still has to be processed in 2022.

"As soon as the weather permits," says Herda, i.e. probably in March or April, the construction of new rockfall protection fences for around 100,000 euros will begin.

Such had been destroyed by the November event.

Once the B11 has been secured again, the current one-sided closure with traffic light regulation can also be lifted.

A natural phenomenon has also affected the state road 2071 between Schäftlarn and Beigarten (Strasslach-Dingharting municipality), which runs via Eglinger Flur.

"Due to the heavy rain events in summer, the slope has started to slide," explains Herda.

The area has been under observation since 1980, when "part of the slope slid away," says Herda.

"Of course we want to prevent that at all costs." In 2021, larger slope movements were detected again.

In addition, the roadway lowered noticeably and got too steep a bank, so that it could be risky to pass, especially in wet and slippery conditions.

That's why it's unilaterally blocked.

After the first immediate measures, further so-called Schroppen support discs are to be installed in the slope this year, which will enable better drainage.

In addition, new measuring devices have to be installed after the earth has been moved, and the road is being rebuilt over a 50 meter stretch.

The expansion of state road 2065 from Holzhausen to Münsing will cost 3.2 million euros.

The road was already closed from autumn to mid-December 2021.

The same blooms for motorists from spring to autumn.

According to Herda, the reason for the work is the previously "poor condition" of the road.

In addition, in the course of the expansion, a “slight line improvement” is now planned, as well as a somewhat clearer design of one or the other crest.

After a fatal accident, a debate erupted in Geretsried about the crossing situation over state road 2369 at Breslauer Weg. As reported, a motorcyclist caught a cyclist crossing the street. Both died. "After discussions with the city and the accident commission, we see a crossing aid as the most sensible solution," says Herda. "It would cost 200,000 euros, we would like to implement it this year." However, nature conservation issues still need to be clarified, because the road borders on an FFH area to the north.

The renewal of the Dietramszell through road will be continued this year.

After two construction phases have already been implemented, the gap between the two completed areas will be closed in 2022, namely in the area around the monastery forecourt.

Again divided into two sub-sections, work is carried out here from March to September.

"Traffic will be diverted extensively via Tölz and Ascholding back to Dietramszell," says Herda.

The renovation of the district road Töl13 will be completed this year: The section from the B13 to the railway line was already expanded in 2021.

This year, the section up to the town of Reichersbeuern will be given a new top layer.

According to Herda, it is not yet clear how the Töl24 district road will continue into the Eng.

There was a bank collapse here last July.

The road was provisionally secured with armourstone protection.

In the long term, two options are up for debate: building the banks of the Rißbach river or relocating the road.

"The first could be implemented this year, the second would drag on until 2023/24."

Last but not least, according to Herda, it is planned to renew the road surface of the Töl12 in the Greiling through-road as soon as the municipality has laid its lines there. Free rides for bicycles: construction of cycle paths on the B 13 between Tölz and Lenggries 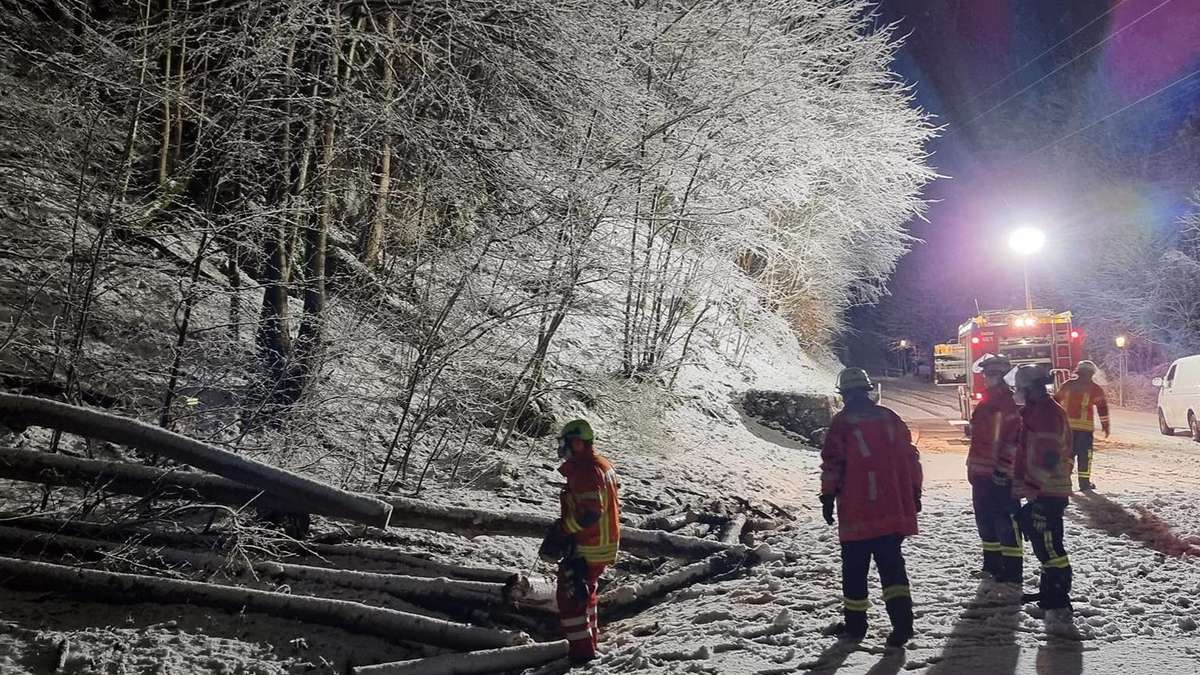 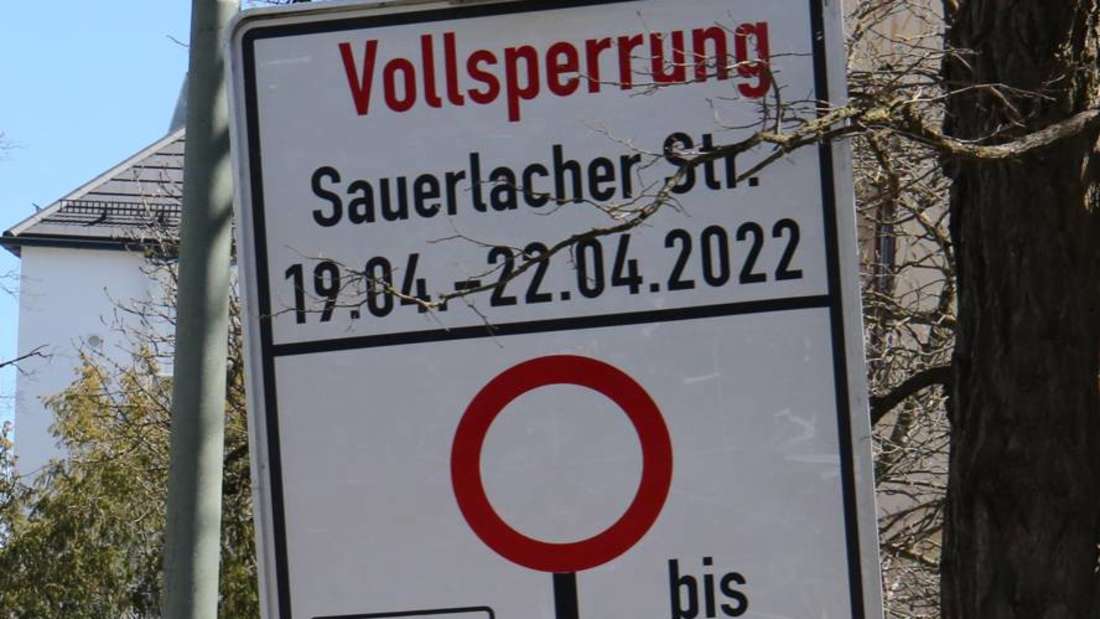 Sauerlacher Straße: Main traffic artery in Wolfratshausen will be closed 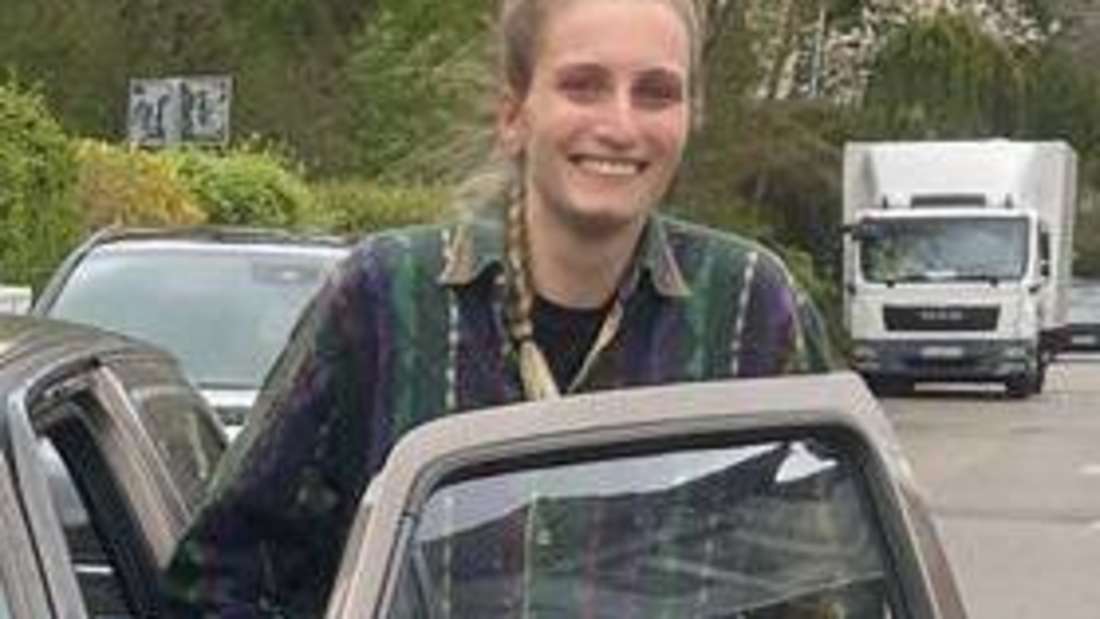 Exploding fuel prices: commuters frustrated - "A horror in the country" The couple falls with their car: that's what the police traffic expert says