Before the Corona summit: Markus Söder is on a confrontational course Created: 01/24/2022, 07:07 By: Nico Scheck The federal and state governments are meeting today for the next Corona summit. Suddenly there are calls from Bavaria for extensive easing. The next Corona* summit between federal and state governments is scheduled for today, Monday (January 24th, 2022). Chancellor Olaf Scholz* (SPD

The federal and state governments are meeting today for the next Corona summit.

Suddenly there are calls from Bavaria for extensive easing.

Shortly before the start of the next Corona summit, Markus Söder is calling for far-reaching easing.

In an interview with the Augsburger Allgemeine, the Bavarian Prime Minister demanded that people should be able to take part in cultural and sporting events again.

The omicron wave is not comparable to the delta wave, the hospitalization rate is significantly lower.

The CSU politician is thus taking a confrontational course with the federal government around Olaf Scholz.

Due to the number of cases in the Corona crisis*, which had been high for days, he had put a stop to any relaxation of the measures.

There is no need for a course correction and it is not yet the time for the restrictions to end, Scholz told the Süddeutsche Zeitung.

The draft resolution for the Corona summit leaked in advance *.

Apparently, the main focus is on expanding the vaccination campaign, prioritizing testing and maintaining the current corona measures.

Before the Corona summit: "Omicron is not Delta" - Söder calls for relaxation

While the corona incidence continues to rise*, the next federal and state consultations are scheduled for Monday (January 24th, 2022).

These also seem sorely needed, as the incidence on Sunday (January 23, 2022) is over 800. Federal Minister of Health Karl Lauterbach* recently announced that he expects the omicron wave to peak in mid-February.

So far there is no draft resolution for the Corona summit on Monday.

But even in the run-up, there are topics such as compulsory vaccination and the prioritization of PCR tests.

As the Business Insider reports, no further corona tightening should be decided at the summit.

The current measures should simply continue to exist.

However, the last word does not seem to have been spoken between the federal and state governments.

Bavaria's Prime Minister Markus Söder is on a confrontational course with the federal government in the Corona crisis.

Before the Corona summit on Monday: Markus Söder calls for relaxation

Because: CSU boss Markus Söder announced resistance to stricter measures in an interview with the Augsburger Allgemeine before the Corona summit.

"Bavaria will not support any tightening in the Prime Ministers' Conference, but will adapt the rules in individual places.

We want to enable more participation in culture, sport and youth work," he emphasized.

And: "Omicron* is not Delta*, which is why we cannot transfer the measures 1:1 from one mutation to the other."

Rather, the burden on the health system is the benchmark.

Söder explained: "Thanks to the consistent measures taken in recent weeks and the milder course at Omikron, the number of occupied intensive care beds has fortunately decreased overall."

Before the Corona summit, Söder calls for a rethink on compulsory vaccination

A rethink is now needed, explained the CSU * boss: “It would have been better from the start to introduce general vaccination for everyone instead of just for individual groups.

We don't want there to be a loss of nursing capacity in the nursing and hospital sectors."

The Tagesspiegel had already reported on Saturday that some federal states are apparently in favor of postponing the partial vaccination requirement for nursing and hospital staff.

This should actually be introduced in mid-March.

According to the report, they initially want to wait for the introduction of the new inactivated vaccine from the manufacturer Novavax*.

Olaf Scholz: No easing at the Corona summit

Chancellor Olaf Scholz (SPD) spoke out against easing before the Corona summit.

There is no need for a "course correction", as he explained to the Süddeutsche Zeitung.

"In any case, it is certainly not appropriate to relax the rules across the board in the middle of the omicron wave."

Rather, Scholz wants to “continue on the path we have taken”.

You shouldn't be naïve.

It is an illusion to think that in three months the pandemic will just miraculously be over forever."

Because without them, “it will not be possible to bring the quota to the level that is necessary so that we can put the pandemic behind us”.

Söder does not want to implement compulsory vaccination - what does Scholz do? 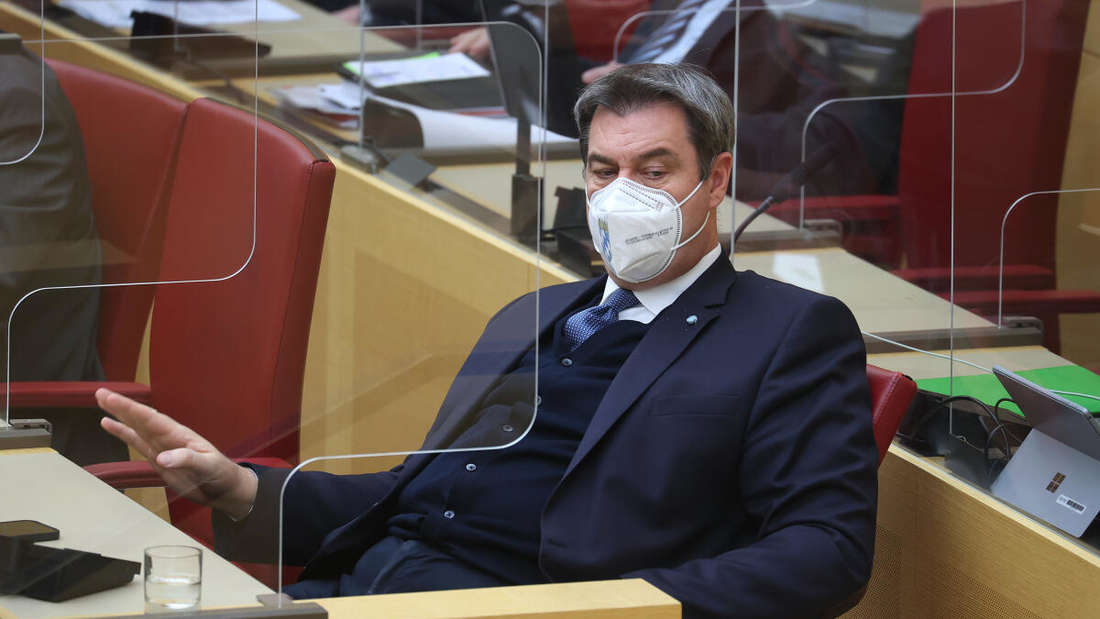 Opening debate before the Corona summit: Habeck and Lauterbach warn, Söder calls for a phased plan

Before the Corona summit: SPD federal states call for easing "Bad style": Söder criticizes the federal government after the Corona summit - announcement about refugees from Ukraine