For the autistic daughter to start a social enterprise, the restaurant owner is not afraid of losing 10 years to open a Cafe to hire more weak employees

The fifth wave of the epidemic has hit Hong Kong's economy and has caused many people to lose their jobs or take unpaid leave, not to mention a group of people with special needs who are weaker than ordinary people. Opened the social enterprise restaurant "Xile Catering" for autistic and mildly mentally handicapped daughters 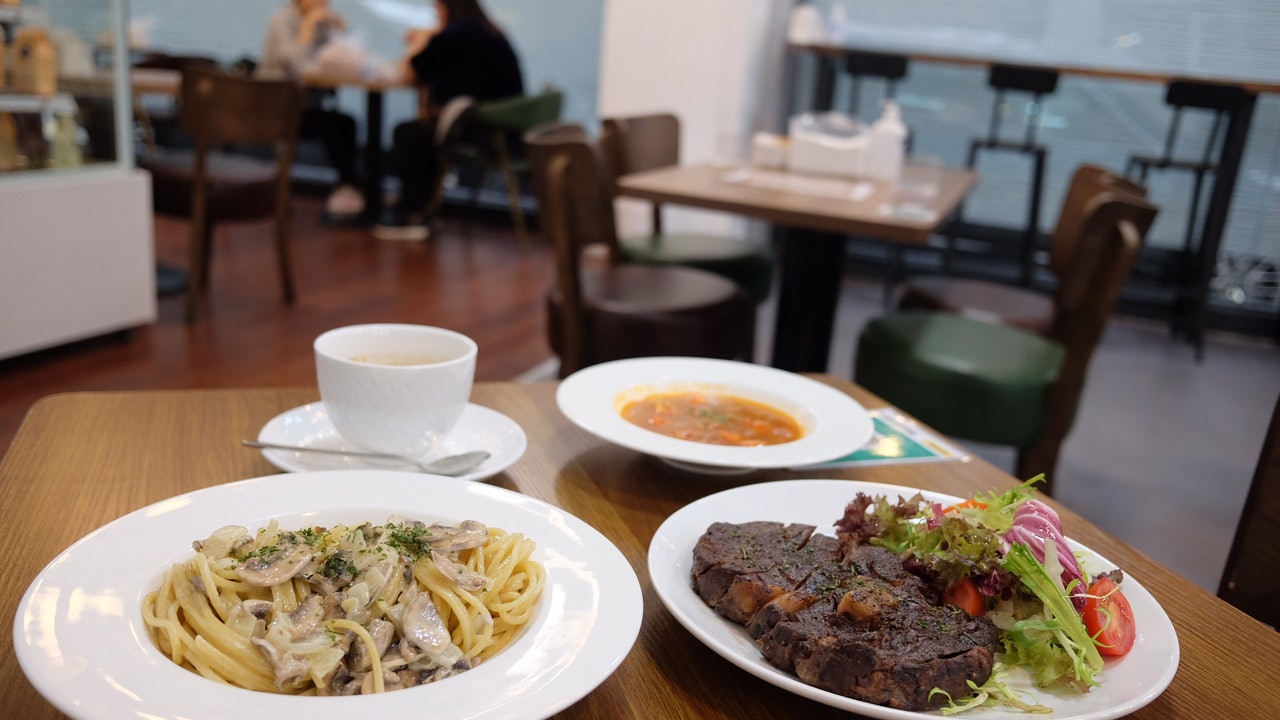 The fifth wave of the epidemic has hit Hong Kong's economy and has caused many people to lose their jobs or take unpaid leave, not to mention a group of people with special needs who are weaker than ordinary people.

Song Tai, who opened the social enterprise restaurant "Xile Catering Classroom" for her autistic and mildly mentally handicapped daughter, just passed the 10th year of operation last year. Although she faced a long-term loss and zero salary, she saw that she was weak under the epidemic. There are fewer job opportunities for people, so she decides to open a new social enterprise bakery Cafe in Cheung Sha Wan. The trial operation will be officially launched this month. She hopes to hire more disabled people and parents to work, so that they can see light and hope in the society, and also in the future. Plan to distribute meals at the new site to support low-income families and the elderly.

The newly opened "Holy Cafe" is located on the ground floor of Yongkang Factory Building, Ruzhou West Street, Cheung Sha Wan. It covers an area of ​​more than 2,000 square feet and has a large space for more than 10 benches. After the trial operation on the 10th of this month , open from 8 to 5 from Monday to Friday, with breakfast, lunch, light afternoon tea and special drinks. The restaurant holds an industrial building canteen license. Currently, the dine-in only serves employees in the building. After the takeaway department is renovated, it will accept outsiders. Customers take out food for themselves.

The head of the restaurant, Song Tai, died of her husband's illness in the early years. In order to allow her 32-year-old daughter, who suffers from autism and mild mental retardation, to have a job and have contact with the outside world, she opened a social enterprise restaurant "Xile Catering Classroom" in Changsha Bay in April 2011. "Even though he lost money for many years and did not receive any labor for many years, Song Tai insisted on running the business, and even hired other autistic and mentally handicapped people to distribute free love meals to the elderly in need. The number of registered families has increased by more than 100. After reaching 320, she was also commissioned by a social welfare organization to make instant food buns, which were distributed by the organization to low-income families and the elderly.

The new site was facilitated by the Financial Secretary

The restaurant and the ground floor shop currently operated by Fuk Wah Street was included in the affected area of ​​the redevelopment of the "Ken Shan Lane/Fuk Wah Street" in Shawan, the Secretary for Urban Development, in September last year. , Coincidentally, the Financial Secretary, Chen Maobo, paid a visit to facilitate the operation of the new site.

Director Chen visited the Happy Dining Room in July last year and personally delivered meals to the elders with helpers. He praised Song Tai's contribution to the society in running a social enterprise. During the conversation between the two parties, they mentioned that they wanted to expand the business. Chen Maobo said at the time, "The helpers are the same Please pay attention.” Until half a year later, the Urban Redevelopment Authority settled in the Yongkang Factory Building as an office building, and actively invited Song Tai to negotiate the lease of the ground floor shop to operate the cafe. Rent-free period, "Actually, I'm very grateful. You have given me a lot of time to prepare. First, you can have time to buffer and mobilize funds to reduce financial pressure. When the old site is running at the same time as the new site, you can then gradually decorate and invite people."

She revealed that this time she spent 2.5 million yuan to open a new store. One third of the funds were drawn from the operating reserve of Xile Restaurant, and the remaining two thirds were raised by herself and her relatives and friends. The liquidity was relatively tight. But we will try our best to let our employees learn.

"In the beginning, the kitchen ordered a dishwasher, but I didn't know what to say. I should give the children (mentally handicapped employees) a try to wash dishes and learn more work skills. In the end, everyone agreed with the decision. After all, the children in the class are waiting for us. Delay the opening for a few months before joining the job.” Originally, the renovation was completed at the end of last year, and she planned to open it as soon as possible, but she was expected to encounter the fifth wave of the epidemic, so Song Tai decided to start the trial operation on the 10th of this month, and then consider whether the epidemic situation stabilized. Extended hours of operation.

The new cafe has hired 11 disabled employees, mainly the mentally retarded or disabled. Delegate the floor to communicate with diners and make good use of their skills to improve social communication skills.

Among them, David, a 16-year-old employee, was born with poor thumb development. His right thumb was missing, and his left thumb only had muscles and no bones. He used to study at the school run by his parents and self-study at home. He rarely had contact with the outside world. Later, friends of his parents knew Song Tai, I was introduced to work as a cook in Xile about a month ago, and became the first job in my life. I usually help to open the stall before opening. Now I am learning how to knead flour through a baker, and then make it into pineapple buns or cakes. , although he can't use his thumb to force, but he's trying to use his index finger to overcome the difficulty.

He pointed out that he rarely met new friends in the past, but in the new job, he not only learned new skills, but also met many colleagues and customers. He hopes to make a pineapple oil or special cake independently in the future, which will be praised by customers.

Song Tai said that in addition to the employment of the weak, their family members also got job opportunities. The restaurant manager of the new Cafe was originally one of the parent volunteers in the Happy Dining Room, and she also helped to deliver meals. It happened that she wanted to hire a patient, High-level executives who are inclusive and know how to get along with the underprivileged invited her to join the job. The 200 scalloped radish cakes and ginger red bean rice cakes made this year were also made by the family of a disabled person, and they will be delivered to the tribe in the future. After the success, we look forward to more cooperation opportunities.

"𠵱The place is big enough. Unlike the previous dining room, it was difficult to rush for lunch or dinner. The cafe has more space at the same time, allowing children to learn and hone in time. 𠵱 Let me run the dining room and hire more The original intention of the mentally handicapped.”

Netizens praise the countermeasures: return to the price before SARS 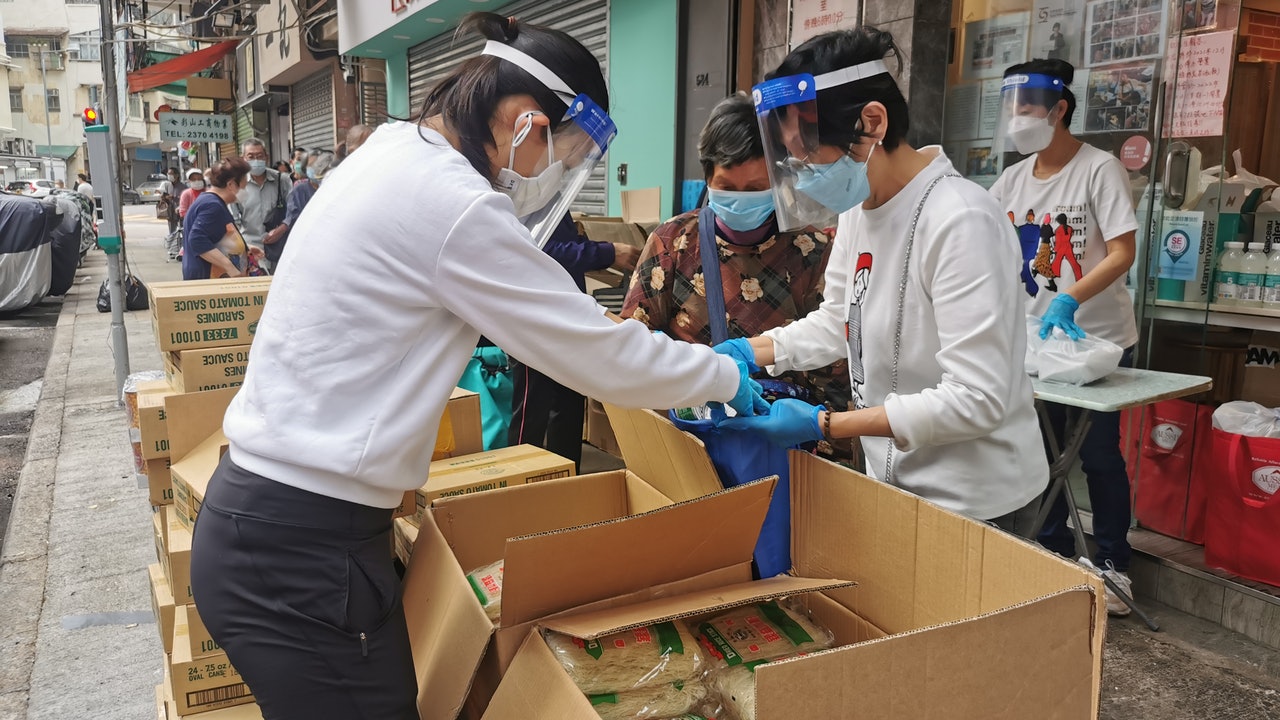 Epidemic ｜ The owner of a social enterprise restaurant has been closed for 10 years, insisting on increasing the number of meals and delivering supplies 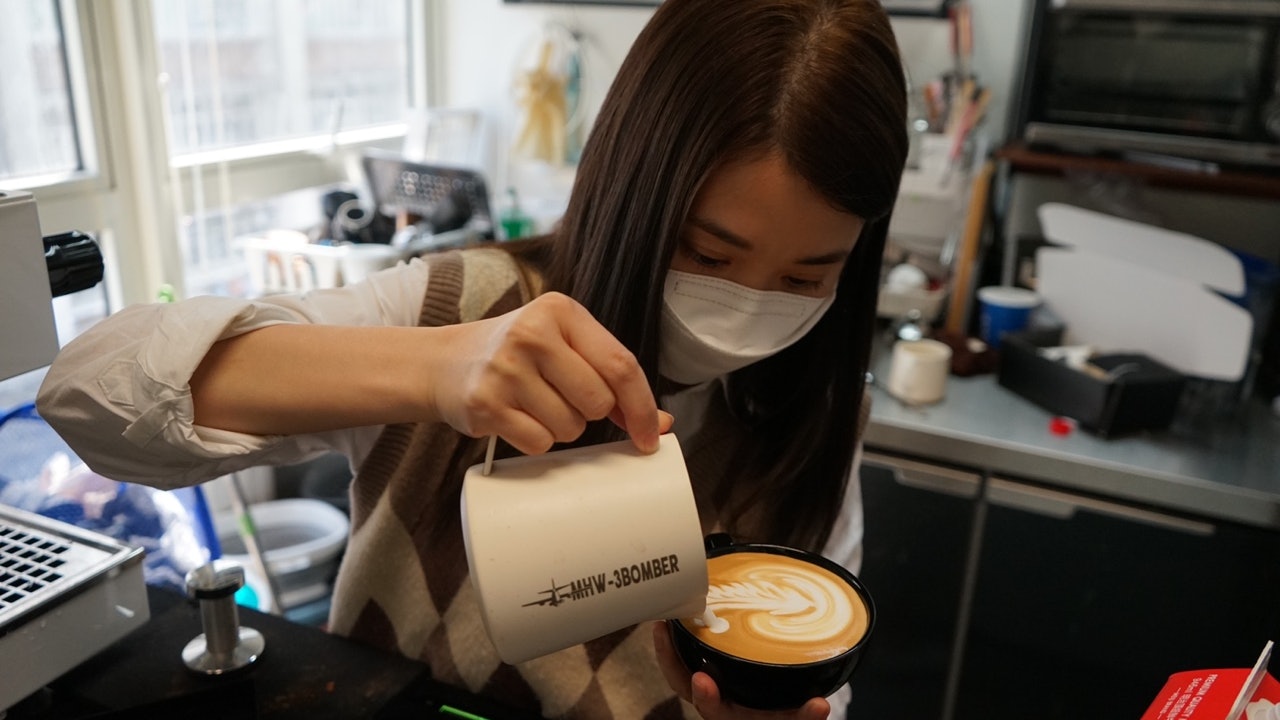 The founder of the Coffee Education Center has trained more than 1,000 students, including the disabled and the depressed students. 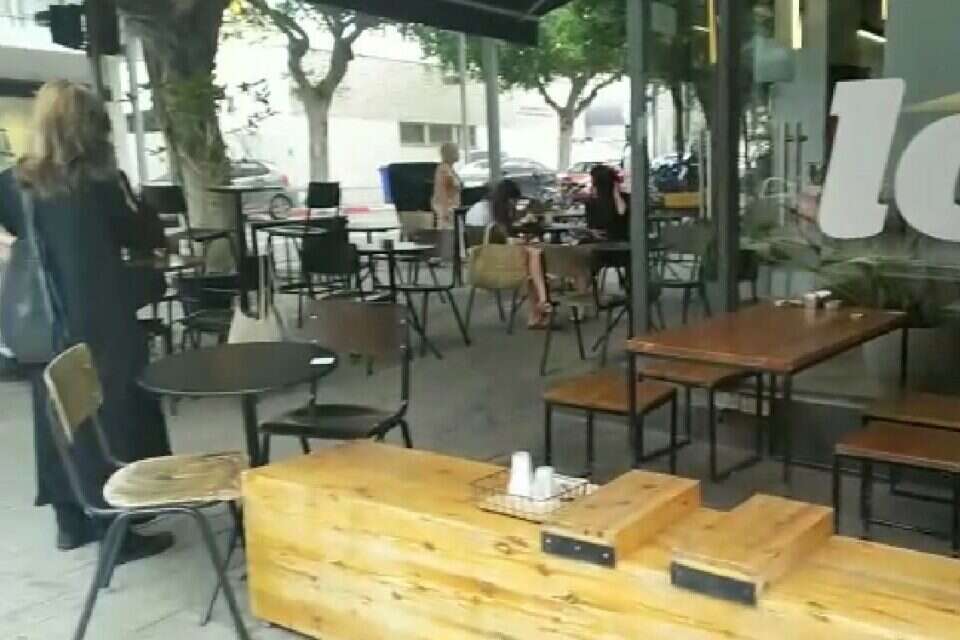 "Committed to producing a routine even when difficult": Owners of restaurants and cafes in Tel Aviv are trying to recover | Israel Today

This is the most magical time to travel to the Valley of the Springs - Walla! Food 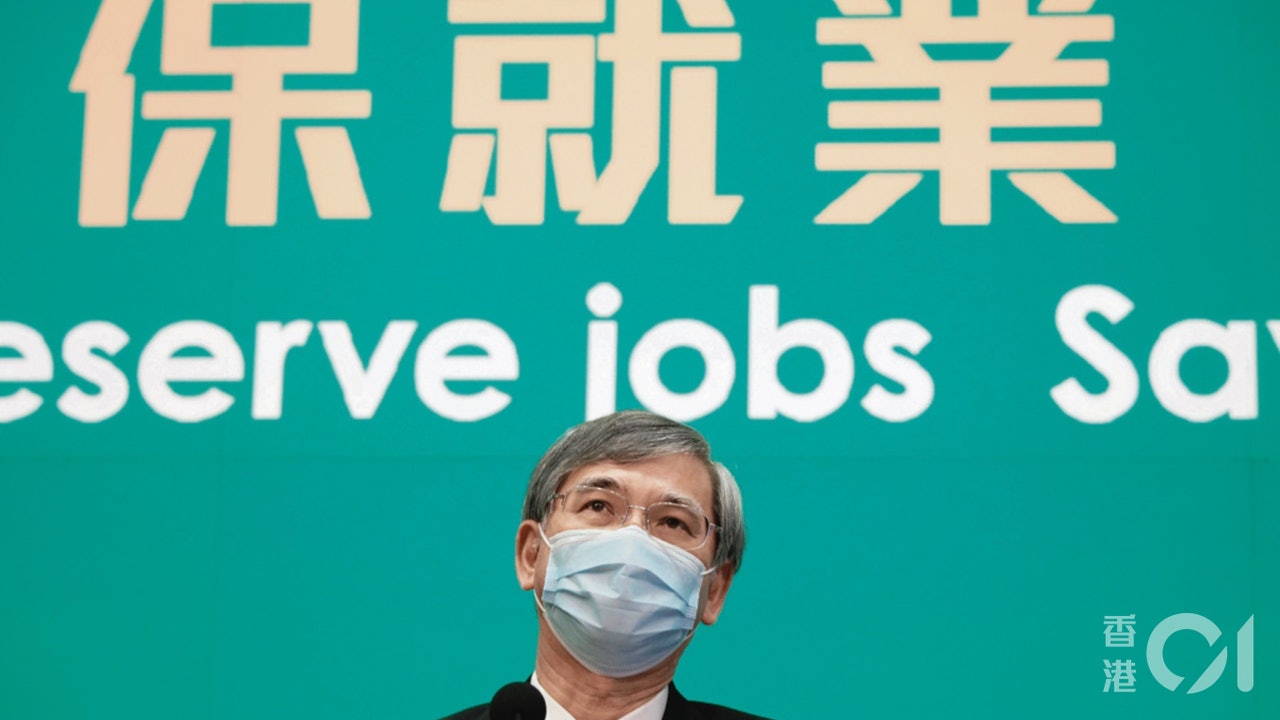 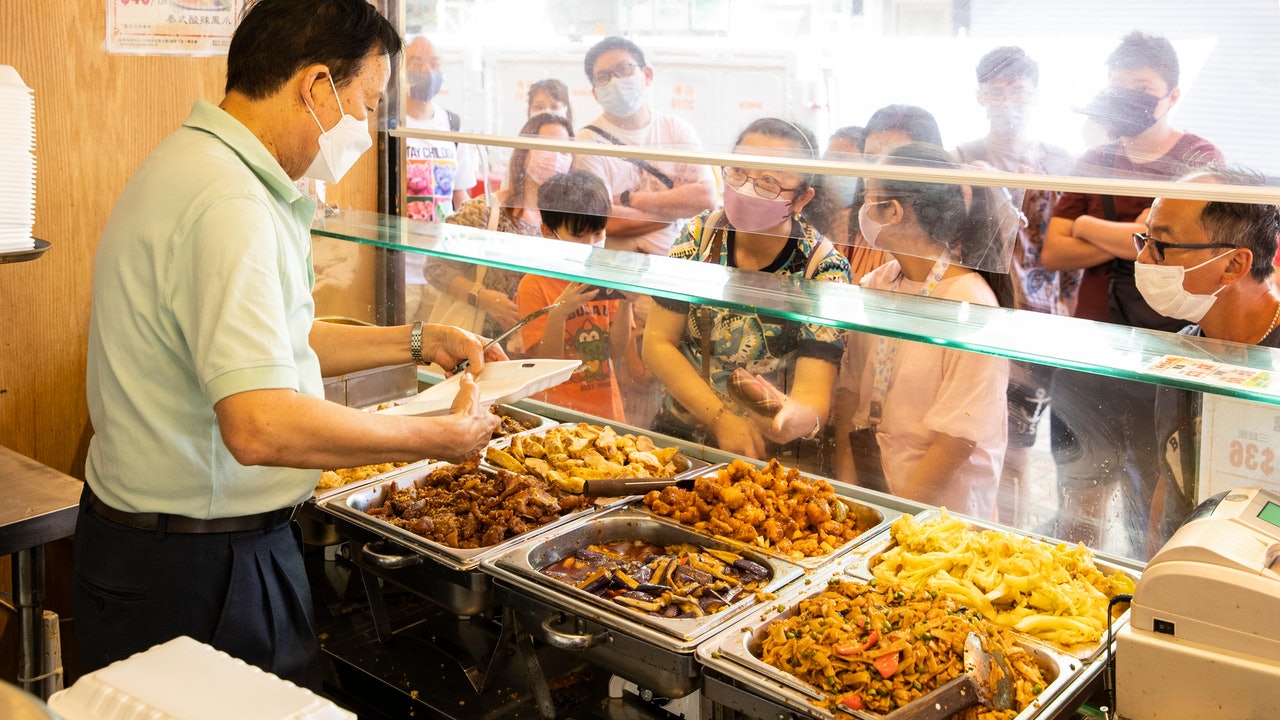 Thai restaurant does not lay off staff during the epidemic and pushes two meals to save itself with 14 yuan meal coupons to help grass-roots bosses: no hesitation

Restaurants are having a hard time getting back to routine - and not because of a shortage of diners - Walla! Of money 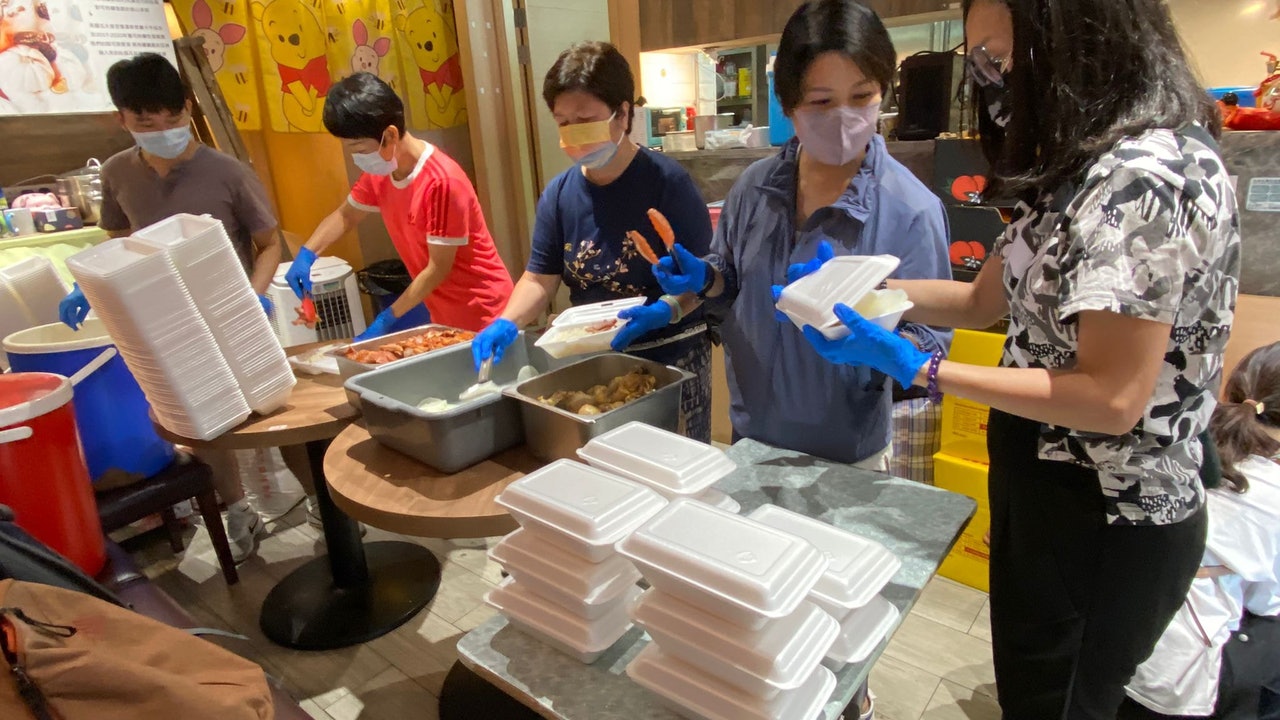