How the federal government makes a fool of itself with its policy towards Putin. How the state surrenders to Omicron. And how an ex-Pope admits his fallibility. This is the situation on Monday evening. 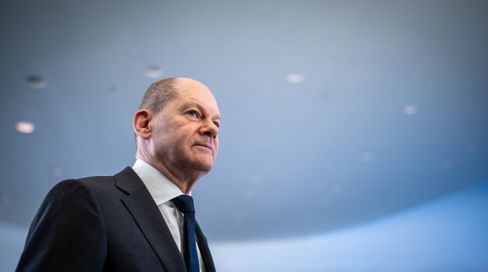 Who ended the Cold War against the Soviet Union a good three decades ago?

No, dear Federal Government, unfortunately it wasn't the German Easter marchers in their Jesus slippers, not the doctors against nuclear war and not Joseph Beuys either.

The Russians probably laughed heartily at all of them.

The Cold War ended because politicians like US President Ronald Reagan, who were accused of being warmongers, put economic and military pressure on the Soviet Union until the regime collapsed.

And then there was David Hasselhoff.

So much for »making peace without weapons«.

Seen in this way, it seems somewhat ridiculous the means with which German politicians want to influence Russia's aggressor today. While Vladimir Putin has more than 100,000 soldiers with heavy weapons deployed on the border with Ukraine, the federal government under Scholz continues to walk around like Jesus' slippers. She rejects a possible exclusion of Russia from the international payment system Swift. The Nord Stream 2 pipeline project does not fundamentally call into question them. Arms deliveries to Ukraine? Peace Germany says no. Peace, Putin! It's not just Kiev's Mayor Vitali Klitschko who believes this is a failure to provide assistance.

According to SPIEGEL information, the federal government decided today to give up its resistance to some additional EU measures because of the annexation of Crimea. Five other people or organizations could end up on the EU sanctions list with Germany's approval. Foreign Minister Annalena Baerbock (Greens) issued a corresponding instruction, as DER SPIEGEL learned.

Will that be enough to stop Putin from invading Ukraine?

Hardly anyone outside of Germany seems to believe that.

NATO announced this morning that it would increase its military presence in Eastern Europe;

Denmark and Spain are in, the US and France are considering it.

According to a report in the New York Times, US President Joe Biden is considering sending up to 5,000 soldiers, planes and warships.

British Prime Minister Boris Johnson threatened Putin that an invasion would also be a “painful, violent and bloody affair from a Russian perspective.”

One might think of Johnson as an odd character.

But unlike Scholz, he speaks a language that Putin understands.

Germany surrenders to the Omicron Wall

The federal and state governments met again today for the Corona summit.

Officially, it is about proving the ability to act.

In fact, it is a declaration of surrender.

Omicron is just too strong.

A seven-day incidence of more than 800 is forcing the government to back away from its own guidelines.

There aren't enough for everyone.

According to research by our capital office, several CDU state leaders accuse Health Minister Karl Lauterbach of not having organized enough supplies in time.

The SPD, on the other hand, says it is a legacy from predecessor Jens Spahn.

In addition, according to the draft resolution, the health authorities should in future concentrate on contact tracing in certain corona cases: in the clinic and care sector as well as in integration assistance facilities for people with disabilities.

So I'm ahead of the curve again.

The health department didn't get in touch with me last week, even though half our family (vaccinated and boosted!) fell ill with Corona.

It's a good thing that there are private messenger services, so we were able to quickly warn our contacts.

I have to admit that my trust in the ability of state institutions to act has suffered over the past two years.

Is the impression misleading or is the government still flying blindly through the crisis?

My colleague Claus Hecking researched how the World Health Organization (WHO) gets its data on the course of the pandemic.

He found out that she copies parts of the donation-financed web portal Our World in Data (OWID).

This in turn is essentially the work of a single person named Edouard Mathieu, who has to collect some of his data from social networks.

'So he decided to keep his own accounts.

Because no one else did and because the world health bureaucracy was preoccupied with itself.”

The Pope - but not infallible

It's about how he dealt with cases of sexual abuse during his time as Archbishop of the Archdiocese of Munich-Freising from 1977 to 1982.

The specific case revolves around priest Peter H. The clergyman is said to have repeatedly abused boys, was reinstated as a pastor and years later was convicted of child abuse.

He is said to have relapsed again and again.

A decision was made at a meeting in January 1980 about the admission of the priest to Munich. Benedict XVI had indicated that he was not present at that meeting. That was wrong, as he now corrected in a statement reported by several media. So he did attend the meeting. Small mistake. He is "very sorry" for this and he apologizes. He would like to explain in a further statement how the mistake came about.

Priest H. is one of 235 alleged perpetrators identified in the abuse report by a law firm for the Archdiocese of Munich.

As external auditors, the lawyers evaluated dozens of personnel files, minutes of meetings and estate records and interviewed eyewitnesses.

Your report names a total of 247 male and 182 female victims.

Most of them were children and teenagers when the incidents happened.

Near the small Finnish town of Eurajoki, a kilometer-long tunnel leads into the earth's interior.

The locals call it »Onkalo«, in English: »cave«.

Old fuel rods from Finnish nuclear power plants are to be buried here from 2025, for at least 100,000 years.

My colleague Uwe Buse was there at the time. He wrote: »The first tunnels already exist. You can reach them after a ten-minute drive through the access tunnel, which spirals down like a gigantic spiral staircase.

Work is done in shifts at the repository, from Friday around 3 p.m. everything rests here.

There's no need to rush, you're right on schedule.«

Adit in the future Onkalo repository

How did the Finns manage what Germany is still failing to do today? Uwe quotes the small town's head of administration as saying: "We Finns are pragmatists, we need a repository because we can't export the nuclear waste, so let's build one." So clear, so logical. The municipal council of Eurajoki could have rejected the construction with a simple majority. But there was a large majority in favour. The spokesman for the few repository opponents is now retired and has apparently given up his resistance. Incidentally, the Greens in Finland are no longer staunch opponents of nuclear power. For reasons of climate protection, they have come to terms with the limited use.

Uwe describes how the Finns place great trust in their state and its institutions.

The nuclear debate is less emotional than in Germany.

No Finn chains himself to railroad tracks.

Uwe writes: »It doesn't matter who you talk to in Eurajoki about the nuclear power plant, the repository, sooner or later it's always about trust.

Trust in the state, in experts, in technology and science.

And this trust is surprisingly often present.«

One wishes for something of the trust and Finnish pragmatism for Germany.

After all, we also need a repository, if not in Gorleben, then somewhere else in Germany.

Scene from »The Wannsee Conference«:

My family is meeting in front of the television at 8:15 p.m. today and tunes in to ZDF.

"The Wannsee Conference" is running there.

Director Matti Geschonneck describes the meeting of leading representatives of the Nazi state on January 20, 1942 for the so-called "final solution to the Jewish question", i.e. the systematic murder of millions of Jews in Europe.

The basis for the screenplay is the protocol of Adolf Eichmann, the senior employee of Reinhard Heydrich, then head of the security police and deputy "Reichsprotektor" in Bohemia and Moravia.

"Matti Geschonneck's ›The Wannsee Conference‹ is a strict, sinisterly determined masterpiece," writes my colleague Wolfgang Höbel, who has already seen the film.

»With maximum concentration he reveals the prosaic and cruel of an almost ordinary meeting of officials.

In a group that is sometimes stressed, sometimes relaxed for joking, his protagonists talk with German thoroughness about the technical details of the annihilation of people, as if it were a matter of building permits.«

It would be inappropriate to wish you a "nice evening" on such a program.

Nevertheless, get through the night well

Here you can order »Situation in the Evening« by e-mail. 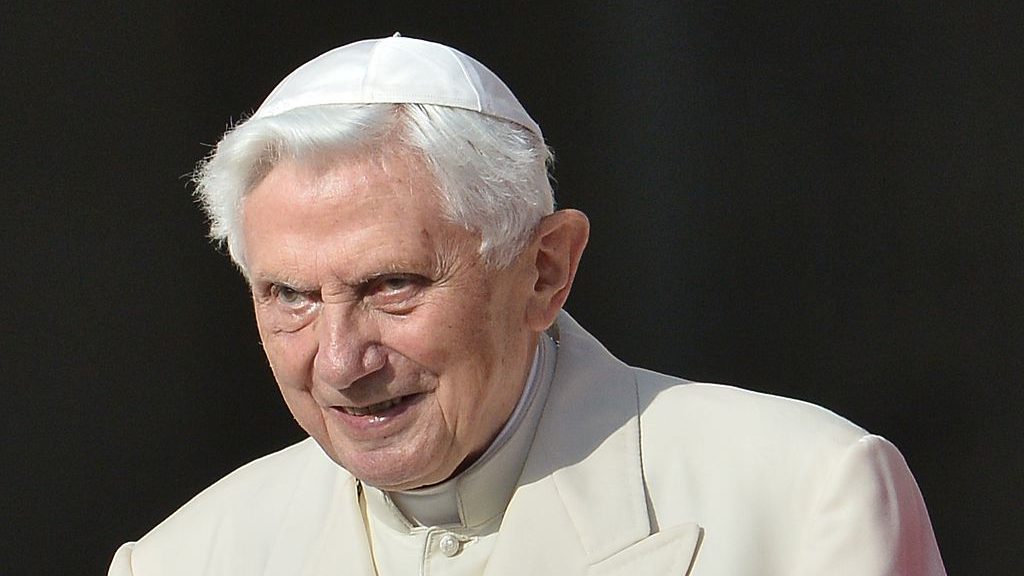 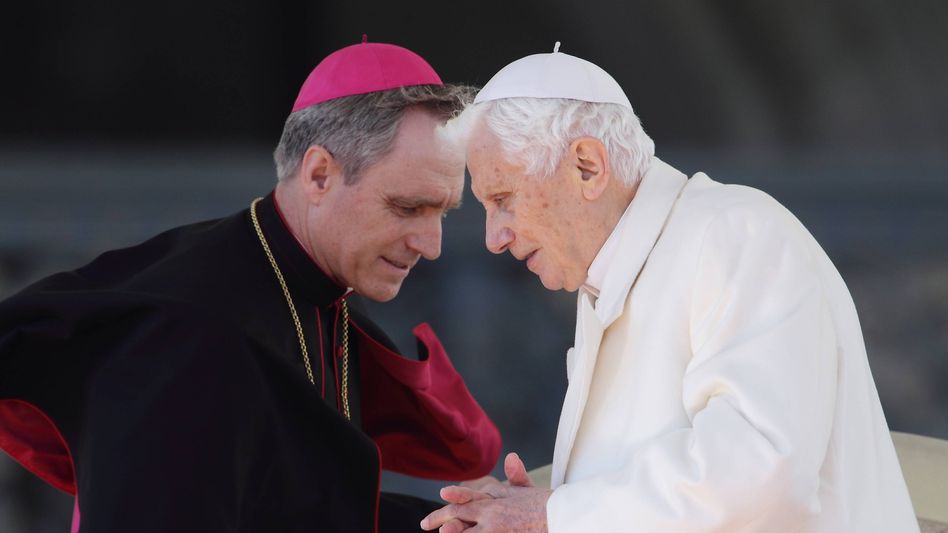 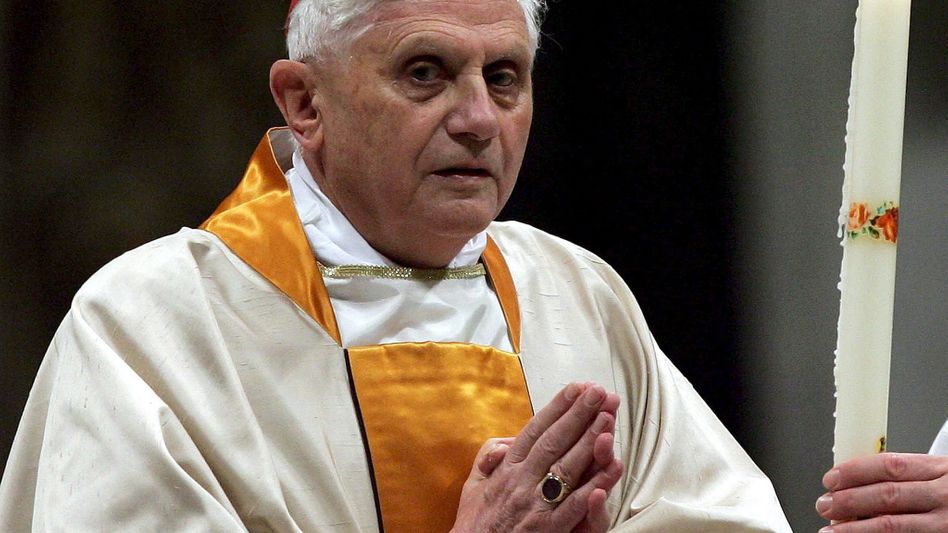 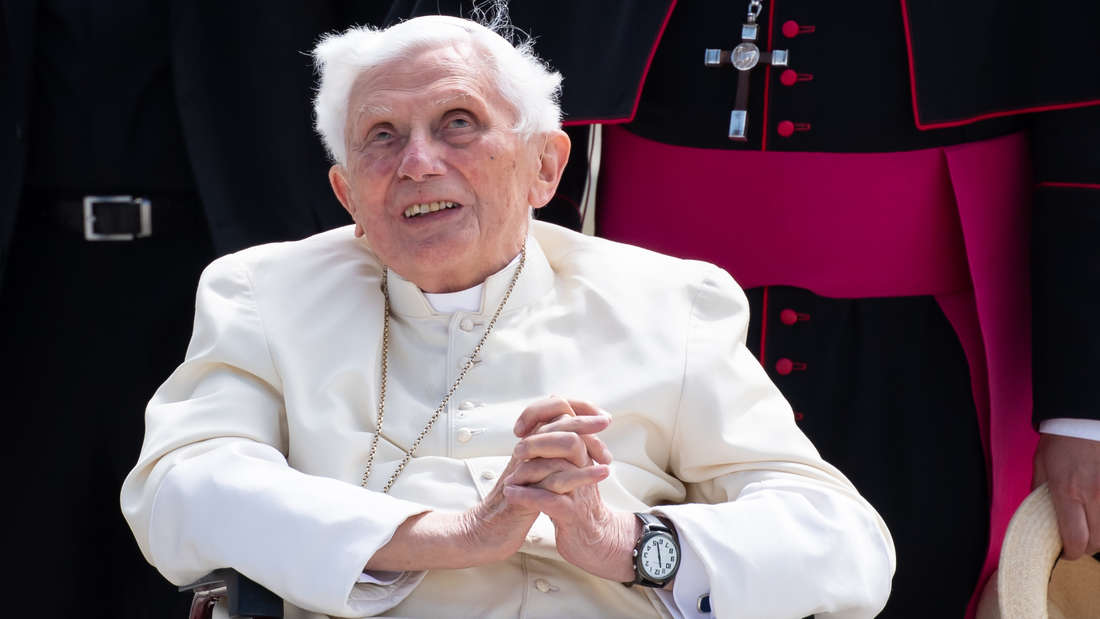 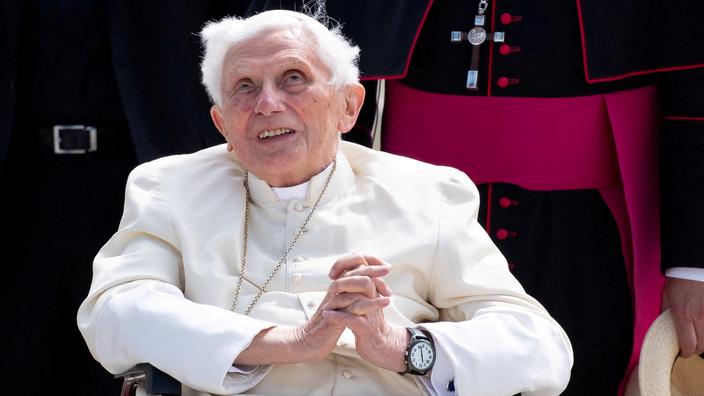 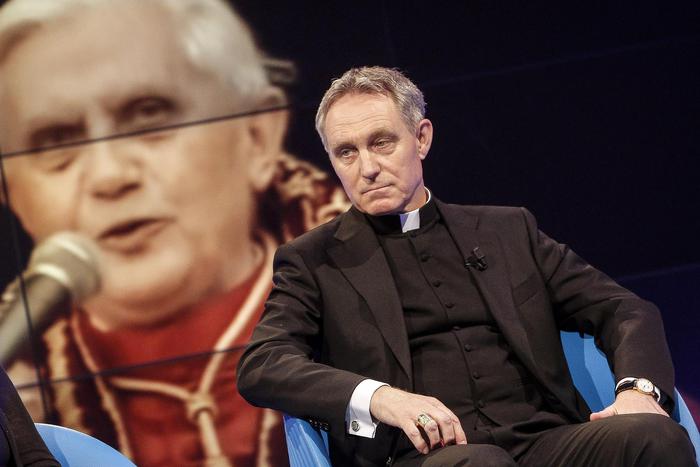 Gaenswein, message of support from Pope Francis to Ratzinger 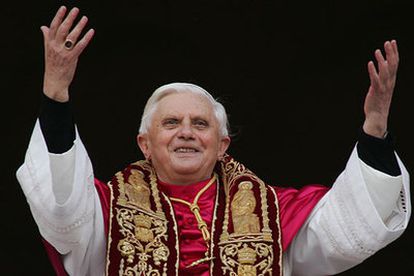