President of the Ukrainian Parliament for the Israeli Media: "Hopefully it makes common sense not to start a world war" - Walla! news

Ruslan Stepanchuk said in a conversation with Israeli journalists in Kiev that a war with Russia depends on it. "I think Ukraine and all the countries of the world are doing what can be prevented by war." Stepanchuk added that "Ukraine is ready for any development"

President of the Ukrainian Parliament for the Israeli Media: "Hopefully it makes common sense not to start a world war"

Ruslan Stepanchuk said in a conversation with Israeli journalists in Kiev that a war with Russia depends on it.

"I think Ukraine and all the countries of the world are doing what can be prevented by war."

Stepanchuk added that "Ukraine is ready for any development"

In the video: The head of the Ukrainian parliament tells the Israeli media that Ukraine is doing everything to prevent war (Photo: Yaki Adamkar)

The President of the Ukrainian Parliament, Ruslan Stepanchuk, today (Monday) in a conversation with Israeli journalists in Kiev referred to tensions with Russia, after being asked "Are we on the eve of a war with Russia?", And replied: "It depends on Russia, I think Ukraine and all countries What can be prevented is war. "

Stepanchuk, who attended a conference of the Association of Jewish Organizations in Europe held in the country, said that "Ukraine is ready for any development, but we hope that everyone will have a common sense not to start a third world war."

"I met with the Israeli ambassador to Ukraine and told him that I was very grateful for Israel's support for Ukraine's right to preserve its territories. I also hope that this position will remain as it is in the future."

Units of the Ukrainian army in training, this month (Photo: AP)

In answer to the Walla! On US President Joe Biden's remarks about making a distinction between widespread invasion or "small invasion," Stepanchuk said he supported Ukrainian President Volodymyr Zalanski's statement that there is no such thing as petty invasions. He added that "like in the Holocaust not talking about numbers, there are facts, and we do not want anything to happen."

At a conference held as part of the fight against anti-Semitism and Holocaust denial ahead of the International Holocaust Remembrance Day in Babi Yar in Kiev, the president of the Association of Jewish Organizations, Rabbi Menachem Margolin, said, "It can not remain history lessons because it is not history. "It still exists but continues to grow from year to year. There are still people today who hate Jews no less than Hitler hated us then."

Margolin, a well-known rabbinical figure in European countries, added that "there are countries in Europe today that because of the rise in anti-Semitism and laws against kosher food or circumcision, Jewish life in them becomes impossible."

He argued that "this must not be allowed to happen."

Margolin added that "many ask why it is not enough to learn a little about the Holocaust in history classes in schools. Why memorial events are needed, and that is the answer to that."

Ukrainian official on talks with Russia: "Do not accept the terms of the Kremlin" - Walla! News

To present the position of Ukraine: Zalansky asked to address the Knesset plenum - Walla! news

The speech of the President of Ukraine showed that Israel's support is more important to him than useless mediation - Walla! news

After the publication in Walla !: Zlansky will address Knesset members Bezom - Walla! news 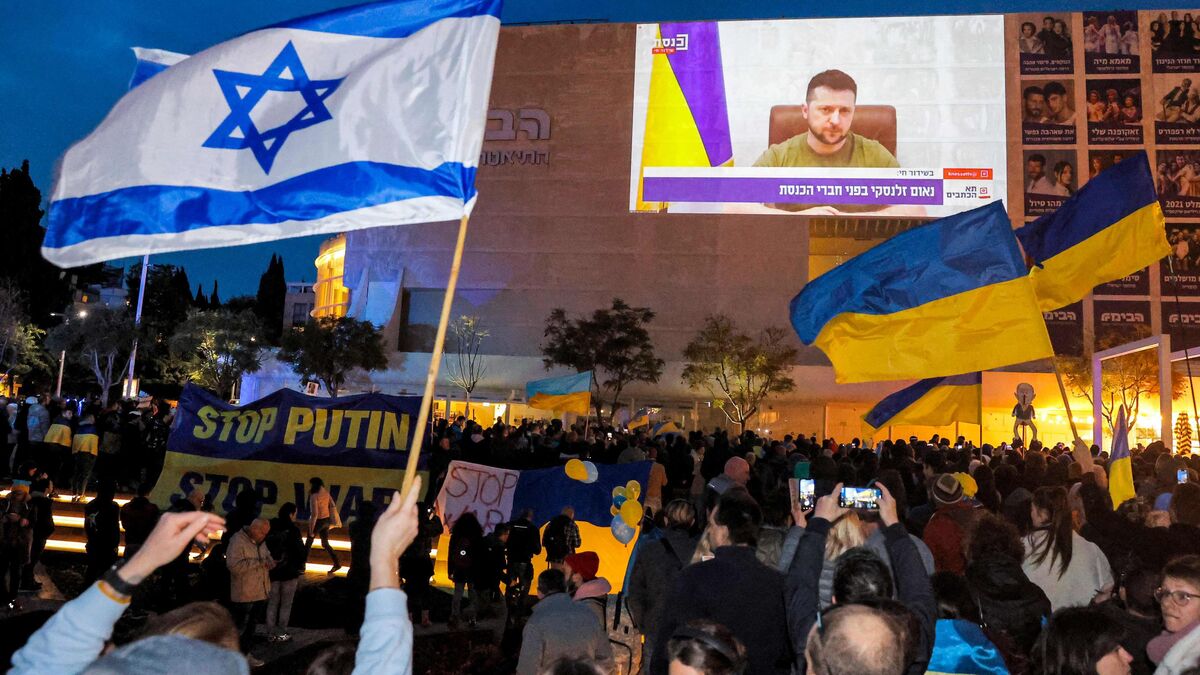