Tens of thousands are demonstrating again because of corona measures

Tens of thousands are demonstrating again because of corona measures Created: 2022-01-24Updated: 2022-01-24, 11:10 p.m Participants in a demonstration against the Corona measures and police officers face each other in the city center. © Thomas Schulz/dpa-Zentralbild/dpa Again many people are taking to the streets to protest against the Corona policy. But the influx doesn't seem to be growing an

Tens of thousands are demonstrating again because of corona measures

Participants in a demonstration against the Corona measures and police officers face each other in the city center.

Again many people are taking to the streets to protest against the Corona policy.

But the influx doesn't seem to be growing anymore.

Berlin – In various cities in Germany, tens of thousands of people demonstrated again on Monday evening against compulsory vaccination and the corona measures.

In many places, counter-demonstrators held their own events or vigils for the dead of the pandemic.

In some cases, the police used strong forces to stop prohibited elevators.

Again and again there were violations of the mask requirement or other requirements.

Larger incidents or clashes were initially not known in the evening.

In Thuringia alone, around 22,000 people took to the streets.

The largest gatherings were in Gera with around 3,000 participants, Hermsdorf with around 1,000 and Jena with 800, the police reported.

In the past few weeks, there have been repeated unannounced and sometimes violent protest marches against the Corona measures in Thuringia, often organized by the right-wing extremist spectrum.

Fewer people than in previous weeks

According to the police, around 10,000 people protested in more than 25 cities across the country in Mecklenburg-Western Pomerania.

But that was again less than in previous weeks, when it had been 15,000.

The largest actions were reported this time with 2000 participants from Schwerin and Neubrandenburg with about 1700 protesters.

According to the police, more than a thousand opponents of the Corona policy demonstrated in Lübeck under the motto “When injustice becomes right, resistance becomes a duty”.

According to the organizing alliance of churches, trade unions and social groups, around 700 people took part in a counter-demonstration “For compliance with the rules and recognition of scientific facts”.

In Saxony and Saxony-Anhalt, too, there were several thousand each.

In Saxony, there is an upper limit of 1,000 participants per meeting, which, according to the police's initial findings in the evening, was not exceeded.

According to the police, around 2,000 people took part in several meetings in Bautzen, "several hundred" in Dresden and 950 in Zwickau.

In Saxony-Anhalt, according to the police, there were almost 2,400 at the largest demonstration in Halle. After press representatives were attacked by isolated demo participants on Monday last week, the police had significantly increased their contingent.

Corona protesters also took to the streets in various cities in the Ruhr area, but no demonstrations with more than 1000 participants were reported.

A demonstration with 1,200 participants was reported from Lower Saxony, for example from Braunschweig.

In Baden-Württemberg, which had also experienced many corona protests at times, counter-demonstrators became active again.

This was the case in Karlsruhe and in Rottweil, where 600 people stood up for corona solidarity and against conspiracy theories.

In many places, the actions were planned as so-called walks, as in the past few weeks, because the organizers do not register their meetings as events with the authorities.

In some cases, however, the courts overturned such blanket orders because there were milder means.

In Potsdam, strong police forces enforced the ban on an alleged "light walk".

It was similar in Bernau, Brandenburg.

In Rostock, where there had recently been violent protests, a meeting was dissolved by its leader himself.

Opponents of the Corona measures in particular have been protesting regularly for weeks.

In the meantime, however, counter-protests are increasingly forming to promote more solidarity.

About 24,000 people on the streets because of Corona policy

According to surveys, the vast majority of citizens also support the Corona measures or even consider them too lax.

According to a YouGov survey for the German Press Agency, only around 24 percent think they are going too far. 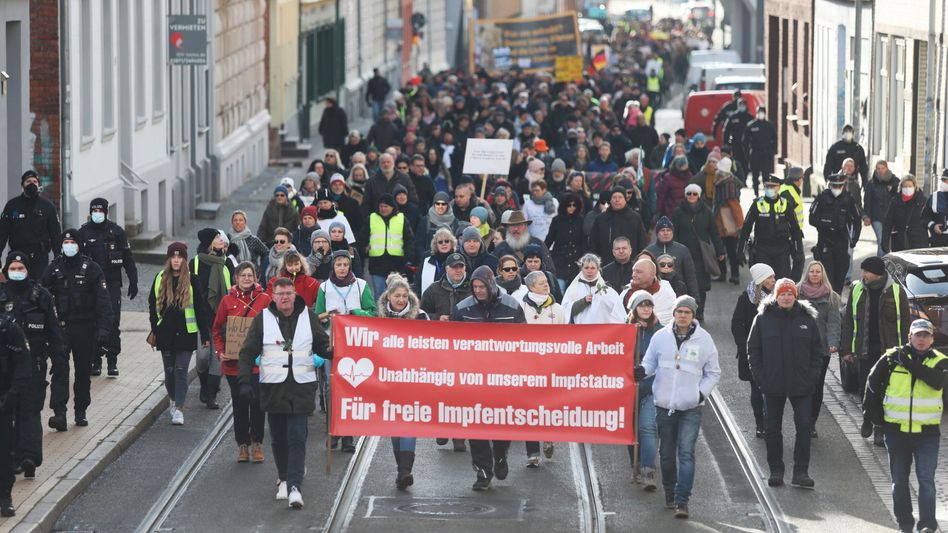 China: Corona pandemic is again becoming a danger for the global economy 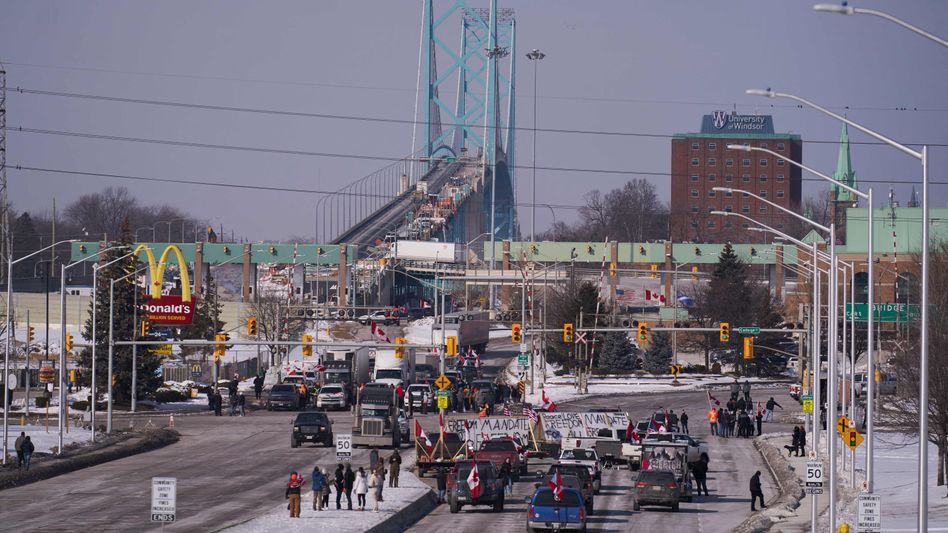 Protest against corona rules: Canadian truckers block the most important bridge to the USA 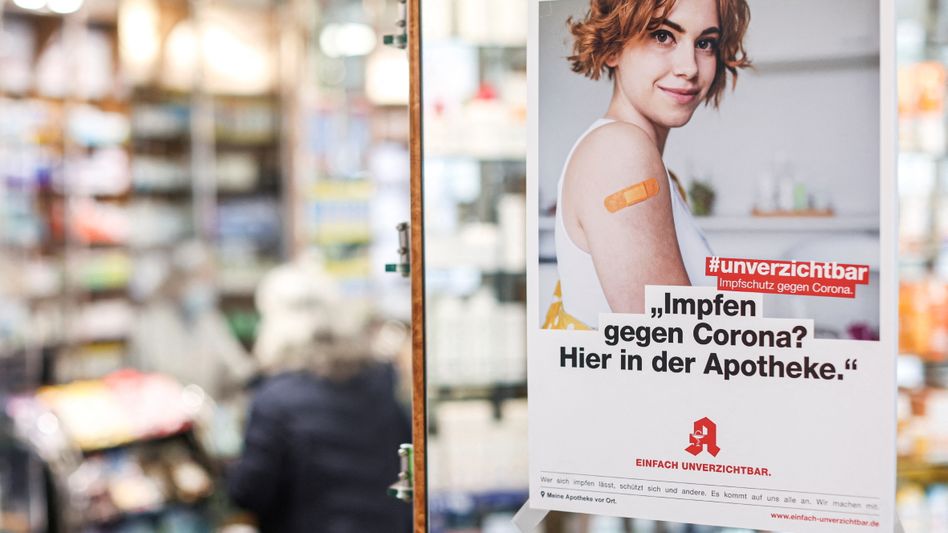 Corona news on Tuesday: The most important developments regarding Sars-CoV