Echings Mayor Thaler: "I've never had such a situation in my life"

Echings Mayor Thaler: "I've never had such a situation in my life" Created: 01/25/2022, 12:00 p.m Don't stick your head in the sand now: the mayor of Eching, Sebastian Thaler. © Lehmann It was not an easy year for Eching's mayor Thaler, as the FT interview shows. And in 2022, too, some challenges await the community leader. Mr. Thaler, what almost got lost in the course of the many other Echin 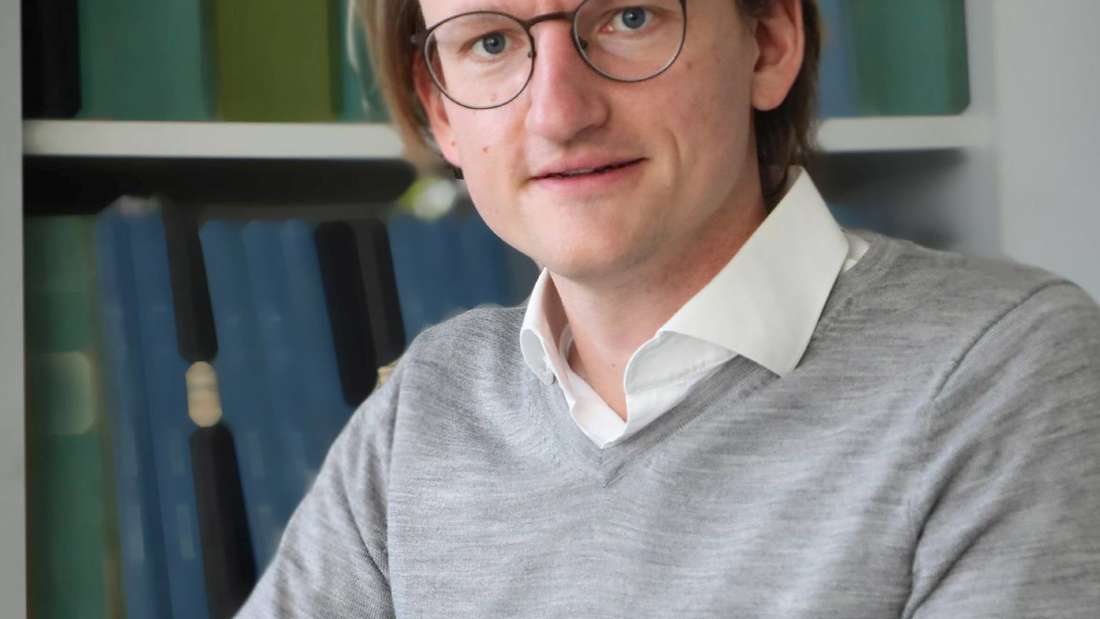 Echings Mayor Thaler: "I've never had such a situation in my life"

Don't stick your head in the sand now: the mayor of Eching, Sebastian Thaler.

It was not an easy year for Eching's mayor Thaler, as the FT interview shows.

And in 2022, too, some challenges await the community leader.

Mr. Thaler, what almost got lost in the course of the many other Echinger topics is the almost freshly renovated town hall.

How well have you settled in there over the past year?

Our employees are happy about the height-adjustable desks and modern IT equipment.

This also enabled us to be reachable from home during the pandemic.

It was the municipality's largest construction project - and the budget was kept to a level that is completely untypical for a public building project.

It's just a pity that we haven't been able to hold a municipal council meeting in the new meeting room because of the pandemic.

The people of Günzenhausen would also be very happy about a certain new building. Key word: community hall. After an almost euphoric vote in the municipal council, however, noise reports - similar to those in Dietersheim - seem to thwart the plans. Can you still give people hope?

The fact is, unfortunately, that if we now take the money into our hands and build the hall as decided, it will not be as usable as the Günzenhausen clubs in particular imagine it to be.

More than ten events a year are not possible due to the noise emissions.

Especially the arriving and departing cars in the town center are a problem.

I was afraid of something like that and therefore always favored a room in the new fire station.

It would have been much cheaper to accommodate him there.

In any case, we'll be getting together with the clubs soon to find a solution.

The main topic in Dietersheim is the bypass that has been put on hold.

After the most recent, sobering findings in terms of feasibility, are the plans now starting from scratch again?

In terms of the magnitude of the route that was last planned, the project is clearly oversized - although of course Garching's wishes also have to be taken into account.

Dietersheim should continue to grow, but that's only possible in a westerly direction.

And the implementation of these plans would entail the loss of development areas.

It's also a pity that the hoped-for trough solution for the road ultimately didn't stand a chance because of the drainage problems.

From my point of view, it is overdue that the existing through road with footpaths and cycle paths is renovated with the State Building Authority.

The (heavy) through traffic in Eching itself has recently become quieter...

The trial of the truck night driving ban expired in 2019.

We had applied for an extension and a permanent order in good time, including during the day, and had all the required reports drawn up.

According to the current status of discussions with the district office, a Tempo 30 order could also be an issue because, according to experts, this would be more effective in terms of emissions.

Let's stay in the town center and come to the integrated urban development concept ISEK.

I am glad that the municipality has acquired the Huberwirt.

Before Corona, the plan was to continue the house as an inn and hotel.

The building between Wirt, ASZ and Bürgerplatz could be used as a meeting place - above it with different apartments.

In any case, we hope that there will also be grants for the "Huberwirt 2.0".

Perhaps the most important role in the ISEK plans is the Bürgerplatz, for which we are already expecting funding of up to 60 percent.

Instead of a large empty area, I imagine a zoned meeting place that invites people to linger, for example with a playground and seating.

There was good news for the Echinger, who prefer an apartment to a house - and are now benefiting from the expansion of the building land model.

What are the advantages?

In the municipal council, we decided on a discount of 1000 euros per square meter for apartments - specifically in the new development area on Böhmerwaldstraße.

We are about to sign the contract with the property developer.

A third of the apartments will be awarded to the applicants for 1,000 euros per square meter below the list price.

From two to five room apartments, all sizes are on offer.

The decisive award criteria will be very similar to those of the building land model.

Unavoidable topic: the public prosecutor's investigations into the legal consequences of the incidents at Echinger See and your apartment purchase.

How well do you deal with the current situation?

I've never had a situation like this in my life. I understand that the citizens expect an explanation from me. I would have liked to give this up too. But the fact is that for a long time I didn't know what I was specifically accused of - apart from the two buzzwords. It was not until mid-November, four months after the allegations became known, that my lawyer was granted access to the files. It is impossible to comment without knowing the exact allegations. I would also have liked to have made a much more explanatory legal opinion and two non-public municipal council resolutions public without my participation. However, this was denied to me by the legal supervision of the district office. I respect the ongoing investigations and do not wish to influence them through public statements. I can only emphasize again and againthat I have always acted to the best of my knowledge and belief.

How much do these things affect your work in the town hall or council?

I'm conscientious enough not to let my work suffer.

That's the really sad thing, that things are going really well in our community.

My credo to all colleagues in City Hall is that we must not bury our heads in the sand, especially in this situation, but must be all the more committed to our work.

The best example: this year we were the first municipality in the district to complete its budget.

Nevertheless, we were asked an unusually large number of questions about this, for example whether the purchase of an expensive company car was planned for me.

Neither I nor the administration (with the exception of the building yard) have a company car - but two "company e-bikes". 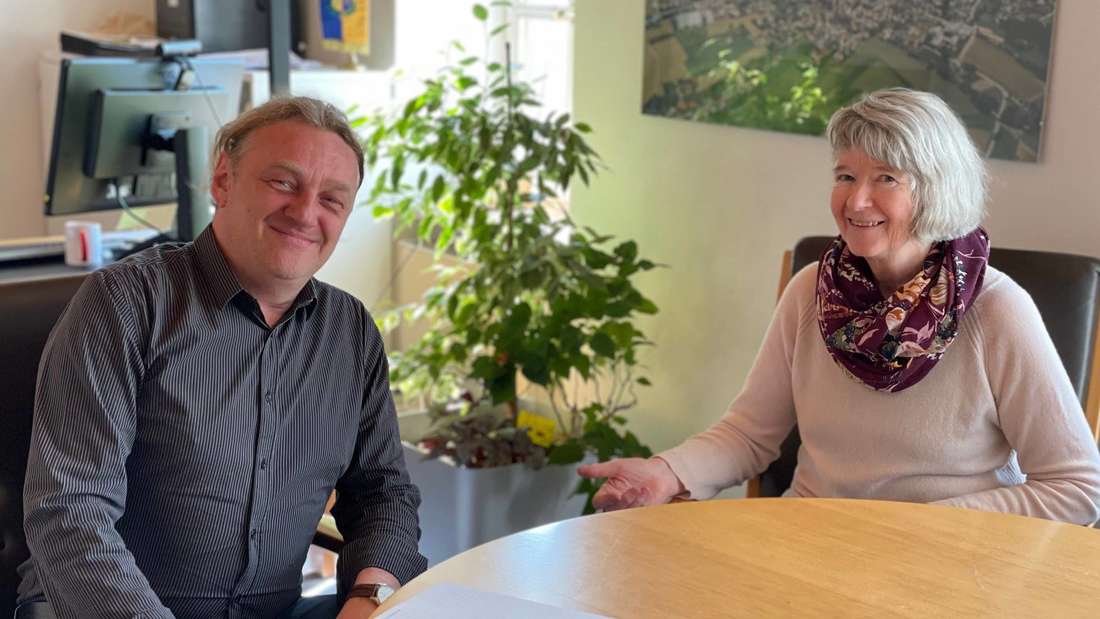 New team at the Asylum Working Group in Nandlstadt: the work will be continued after the death of Gisela Kurkowiak 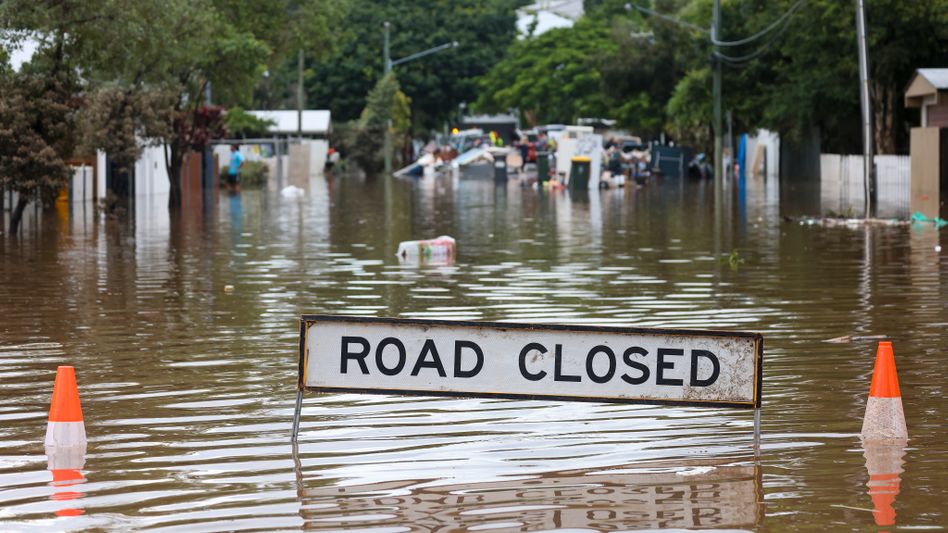 Australia: Authorities are calling on 200,000 people to evacuate because of the storm 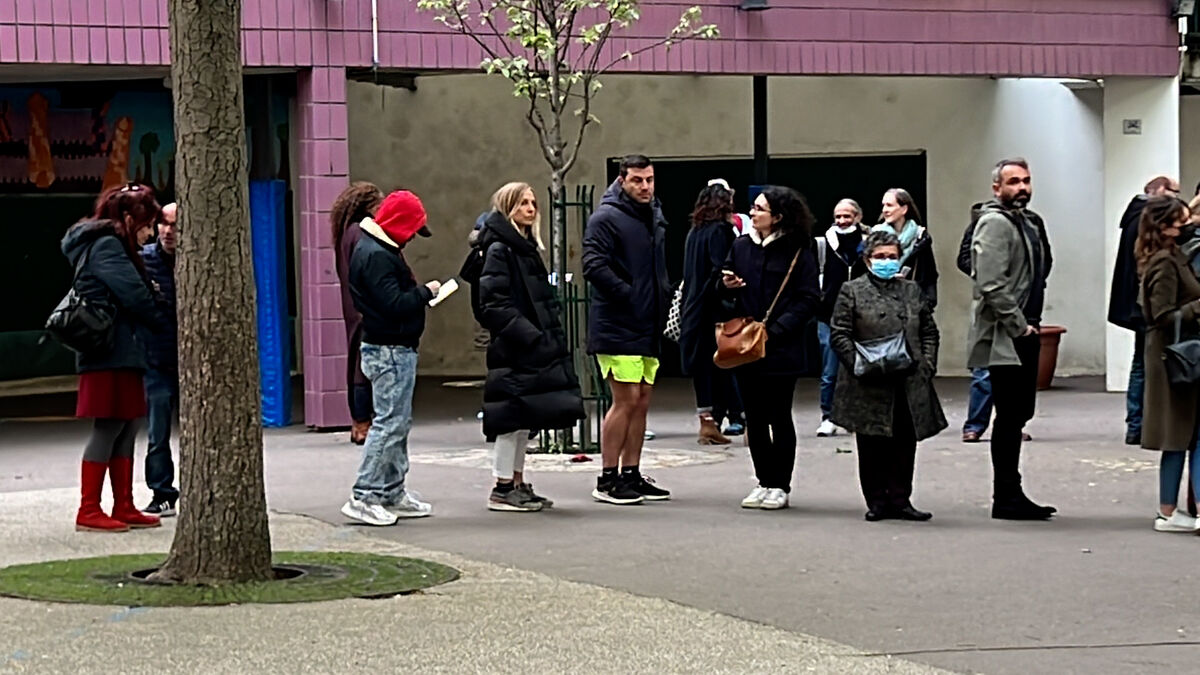 VIDEO. "It's scandalous": in Paris, the wait in front of the polling stations discouraged more than one 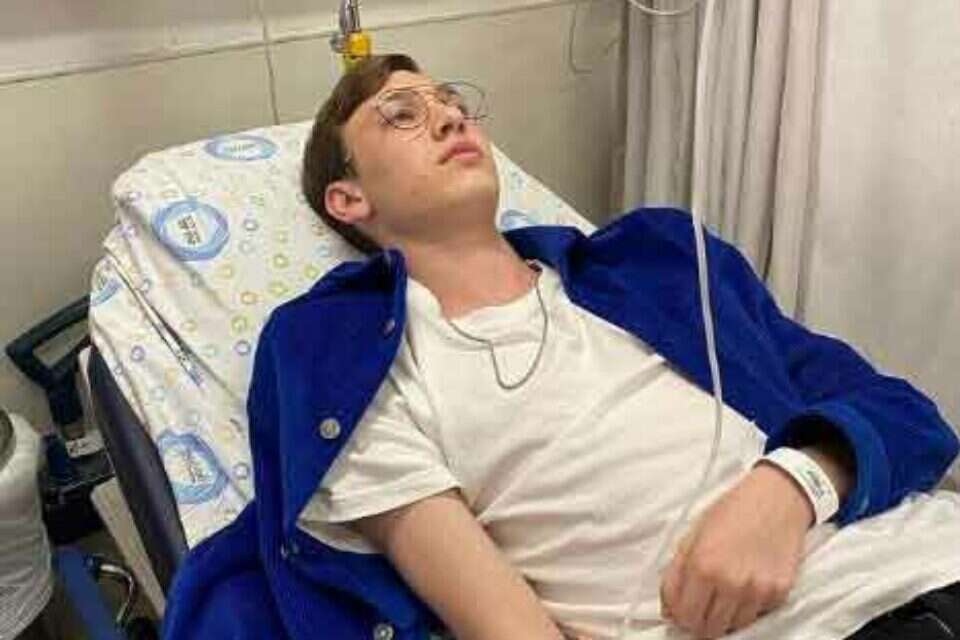 "I was never scared like that": The network star was violently attacked for his sexual orientation | Israel today 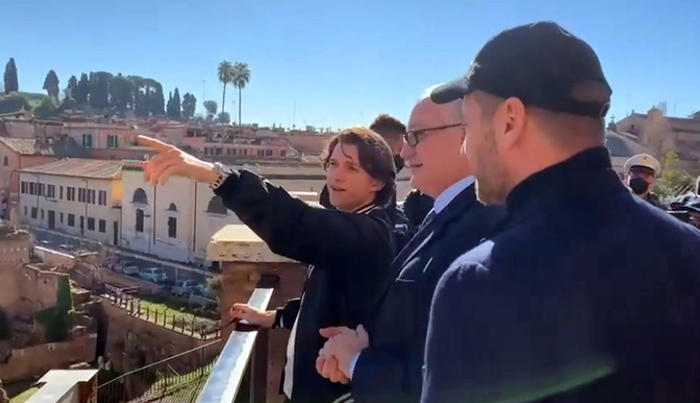 Tom Holland in Rome, with Gualtieri and Totti on the Forum: 'Incredible place' 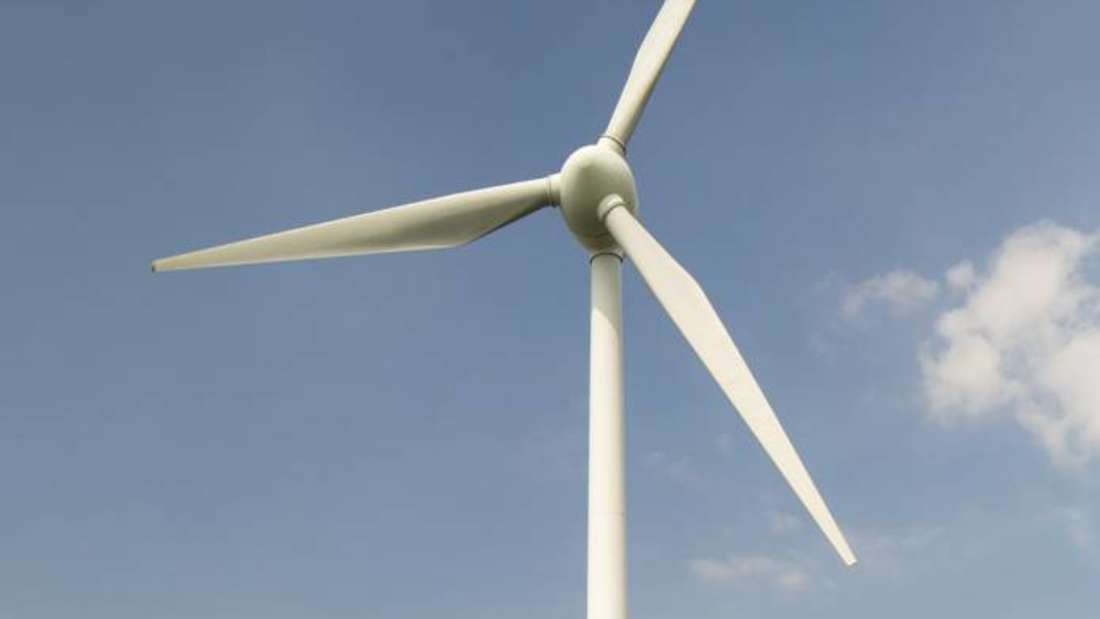 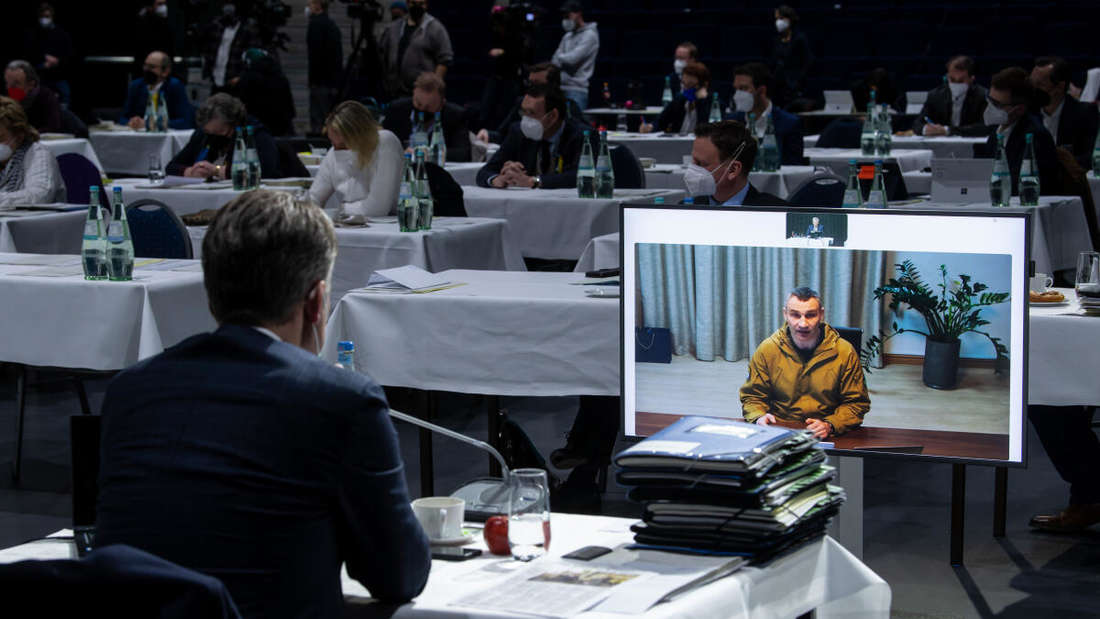