Energy price talk on "Hart aber Fair": TV celebrity Lesch amazed - "Crazy! What did they take?!"  Created: 01/25/2022, 11:27 am The talk show at "Hart aber fair" (ARD). © ARD (Screenshot) Electricity and gas prices are rising, the ecological transition is becoming more expensive than expected and the poker game over energy exports is causing conflicts. What's the strategy? Berlin - When it com 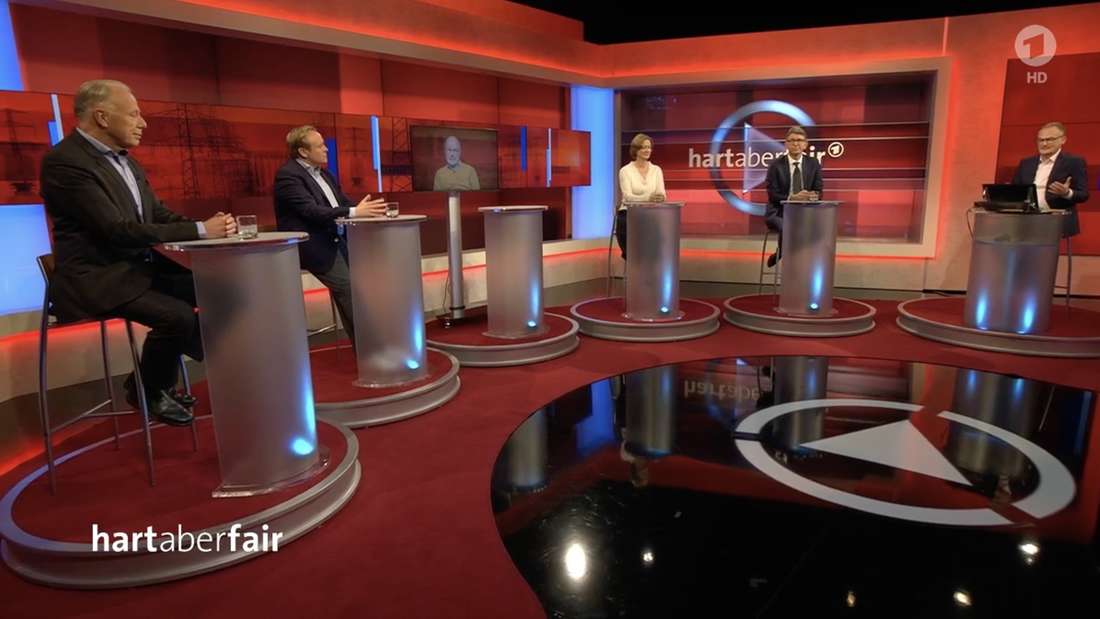 What did they take?!"

Electricity and gas prices are rising, the ecological transition is becoming more expensive than expected and the poker game over energy exports is causing conflicts.

Berlin - When it comes to the subject of France's return to nuclear energy, ZDF science presenter Harald Lesch is blown away: "They're crazy!" he says.

Apart from the perpetual costs incurred by storing the nuclear waste that has been radiating for thousands of years, there is also an absurd schedule: "The French would now have to build up to 20 new reactors." By the time things were up and running, global warming would actually be over.

Lesch: "I really thought: What did they take?"

Frank Plasberg's "Hard but fair" political talk on ARD* is about the energy transition.

It feels like the first change of topic after almost two years of continuous corona debates - and the moderator, known for provocative questions, leaves no doubt about which core question his discussion should be about: "Warm and bright at home: who can still imagine these energy prices afford?”, in short: costs vs. climate protection.

"Hard but fair" - these guests discussed with:

The viewers, who thought that the energy transition - away from fossil and nuclear carriers to sustainable energy production - was "for all", according to Plasberg succinctly, the program teaches them better.

Lesch makes his point of view clear: "We just didn't understand how expensive energy actually is," says the fundamental accusation of the professor for astrophysics at the LMU Munich.

By "we" he means politics, business, but also end consumers.

"Hard but fair": ZDF science moderator pulls from the leather - "We are energetically fat!"

"Energy," says Lesch, who is also a ZDF science presenter, has been made into a "commodity" by the market, but also by politics, which has a "price" but no "value".

The professor believes that it is completely wrong to conduct the energy debate without climate protection.

The country is downright “energetically obese”, the sense of entitlement that energy prices must fall is fundamentally wrong: “Has anything become cheaper in recent years?

Why does energy of all things have to become cheaper?”

But it is also becoming “more difficult to take people with you when prices are rising” for the redesign, Plasberg points out and promptly receives support from the economically oriented camp of his guests.

The JU chairman and CDU member of parliament Tilman Kuban criticizes the pace of the energy price increase - ten percent for electricity, 25 percent for gas - and points to the 40 percent taxes and duties on the final price.

Kuban states that the additional costs for a family of four are up to 2,500 euros a year, which is “a summer holiday”, which then has to be cancelled.

In the case of “low earners” it is “a question of existence”.

He could not reconcile this price increase with “his conscience”.

Kuban thinks it's not okay to say it has to be "accepted".

Habeck now also wants to act at least in a partial aspect*.

Rise in energy prices: publisher Weimer warns of the consequences - industry is migrating to China

The publisher Wolfram Weimer sees the situation even more extreme: "We have two million people in Germany who are freezing because they can't heat their homes for fear of no longer being able to afford it," says the entrepreneur and publicist.

He relies on information from the Federal Statistical Office.

Germany as an industrial location is also threatened by the price increase.

"Then industrial cores will simply be taken from us by other countries," first and foremost by China*, Unkt Weimer.

In terms of air conditioning, nothing is gained if there continues to be cheap and “dirty production”.

Weimer spitz: "Climate policy is dear to us" - but in the end it's just "expensive".

Germany already has the highest energy costs worldwide, as compared to other EU countries.

For his quote from the

- "the Germans are making the most stupid energy policy in the world" - Weimer, on the other hand, gets laughs from Lesch and the former Federal Environment Minister Jürgen Trittin.

Grüner Trittin admits to having misjudged the energy transition costs

Lesch finds humorously that the Wall Street Journal has to write it that way because of its clientele from the financial sector. RWE is currently building wind turbines in Texas - the conservative oil state. Trittin: "In international competition, more renewables than fossils have been connected to the grid for years." This is due to the energy transition "made in Germany", which now makes green electricity look better than conventional energy sources: "We were able to reduce the prices for renewables by 90 percent!”, Trittin announces proudly.

But the ex-minister also admits that the EEG surcharge introduced under his ministerial post in 2005 was more expensive than expected, but Trittin sees the buck primarily in his successors.

Weimer is stricter: The subsidy program for the expansion of renewable energies cost taxpayers "over 200 billion" and is growing by another billion every month.

Conclusion of the "hard but fair" talk

Anyone who thought - after a light streak on the horizon of the pandemic is currently announced - now it would be time to breathe a sigh of relief can - in line with the topic - dress warmly. A whole host of problems are dawning. Frank Plasberg* chose the energy transition and left no doubt about it in his show: That's right, but it's a lot of work and creates a lot of problems. Uncertainties and price increases are to be expected, which will affect people in different ways, but which are unavoidable in the massive restructuring phase to save the planet. The program offered a good overview of the difficult situation, pricing, competition on the world market and the foreign policy dimensions that the struggle for energy and market power also makes visible on the border with Ukraine. "Hard but fair": Blume affords a rough athlete's foot comparison to the vaccination campaign - Green drives to the Bavarian "Hard but fair": Nuclear strike in Russia permanent topic? "Whether Putin pushes the button doesn't depend on us" Refugee from Ukraine fights back tears at "hard but fair" - journalist reprimands the traffic light: everything "chilled"? "Everything was in vain": Putin accuses Ukraine of bizarre plans - the shocking angry speech in the video At Plasberg: Spahn no longer rules out the speed limit – Lindner insists on a tank discount