More than 30 garbage cans continue to be piled up in Kwai Chung Village, and even the furniture has been approved by the residents as a landfill

The outbreak of the epidemic in Kwai Chung Village. As of 0:00 today (25th), there have been 276 confirmed cases and preliminary confirmed cases in the whole village. Yak Kwai House, Ying Kwai House and Xia Kwai House have to be enclosed for multiple days for forced inspection. Due to the cleaning of the original cleaning contractor All workers sent 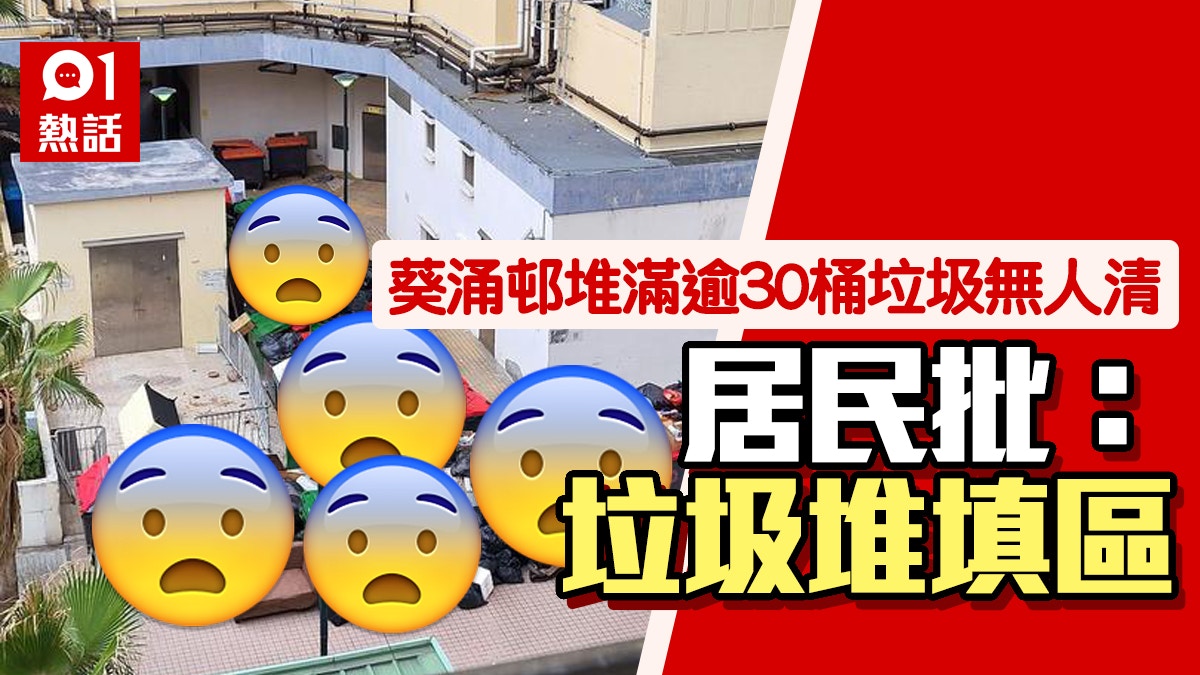 The outbreak of the epidemic in Kwai Chung Village. As of 0:00 today (25th), there have been 276 confirmed cases and preliminary confirmed cases in the whole village. Yak Kwai House, Ying Kwai House and Xia Kwai House have to be enclosed for multiple days for forced inspection. Due to the cleaning of the original cleaning contractor All the workers were sent to Penny's Bay for quarantine, which caused some residents of Yak Kwai Building to be dissatisfied that the garbage on each floor had not been cleaned up, causing public grievances.

Today, another resident posted on the Internet a photo of more than 30 large trash cans piled up in the garbage room on the platform of the building, but no one has cleaned it up, and there are even large furniture such as sofas and massage chairs. The criticism is like a "garbage landfill".

A cleaner in Kwai Chung Village, the worst-hit area of ​​Hong Kong's fifth wave of the epidemic, contracted the virus due to work. More than 40 cleaners from "Zhenhui Kee", the contractor responsible for the cleaning work of Kwai Chung Village, were sent to Penny's Bay for quarantine, causing many of them in Yat Kwai House. The trash cans on the floor were full and no one was cleaned, and the rubbish piled up like a mountain, causing dissatisfaction among the residents.

DAB Legislative Council member Chen Heng-pin said recently that the Housing Department has arranged for another cleaning company to send staff to clean up the rubbish in the estate.

Only a resident posted a photo on the Liandeng discussion forum today, and saw more than 30 full-sized garbage cans piled up in the garbage room on the platform of the building, and more than 30 bags of garbage piled on the ground, as well as large furniture such as sofas and massage chairs. The passage is full, and the hygiene situation is worrying, but there are no cleaners cleaning up the garbage in the photos. He criticized it as a "garbage landfill".

According to the location where the photo was taken, it is believed to be the garbage room of Zhi Kui Building.

A resident of Kwai Chung Village, Yu Liandeng, posted a photo in the discussion forum, expressing dissatisfaction that the garbage room on the podium of the building was filled with more than 30 full-sized trash cans, but no one cleaned it up.

Some netizens commented that they noticed that there were blue objects in the garbage cans, and speculated that they were medical protective clothing worn by the personnel responsible for testing the residents of the village. "Hey", "vertical transmission", "look at the pictures have taste", some people say "hard work cleaning aunts and uncles".

Others criticized the fact that some residents threw out the furniture and garbage in their homes during this extraordinary period, which made the accumulation of garbage more serious. It was a selfish act. However, some netizens retorted that the residents had been trapped for a long time. Roof truss."

The deliveryman is making fun of it with three words, making the job easier. Kwai Chung Village has added more than 30 cases of newly confirmed residents drying bacon: hoarding food for self-help Self: I am surprised that 170 people in Kwai Chung Village have been diagnosed or initially confirmed | Hong Kong mothers are discussing the arrangement of meals: Do you want to send food to cook by yourself?

↓↓↓ That is to see the symptoms of cold, flu, new coronary pneumonia ↓↓↓ 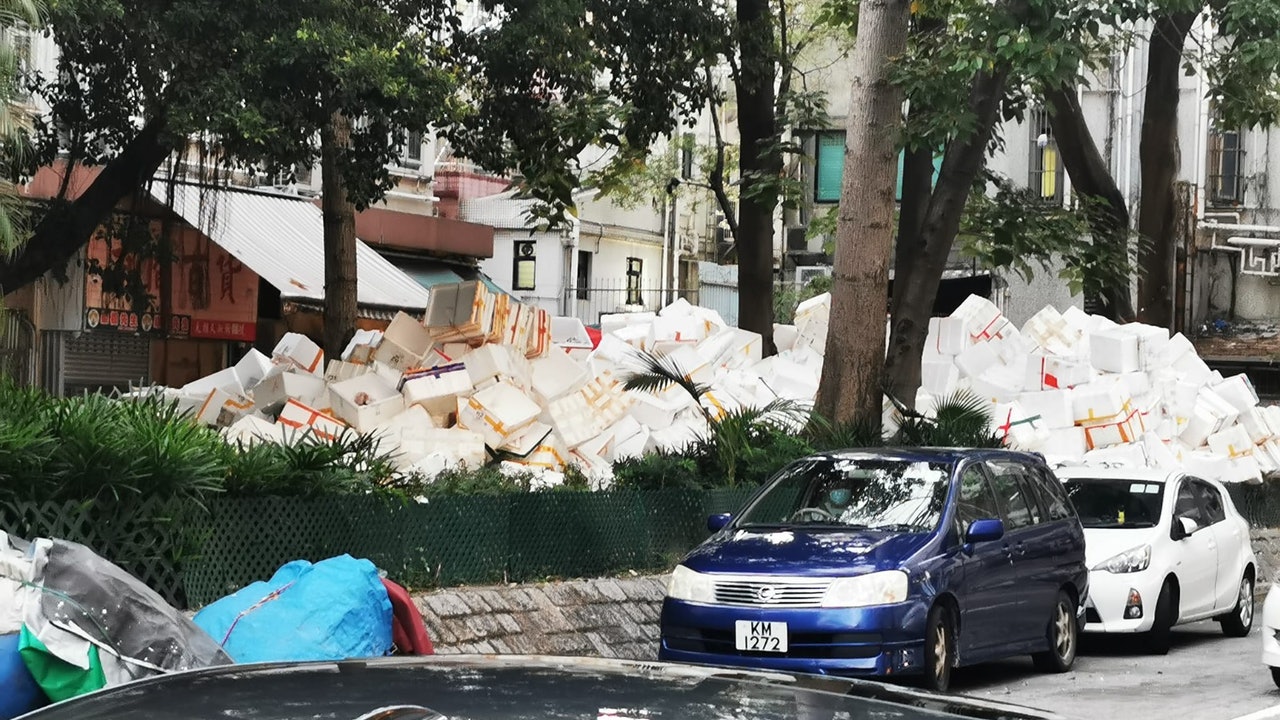 Styrofoam boxes are piled up in mountainous areas, and residents of White Hills are threatened by fire and poisoning 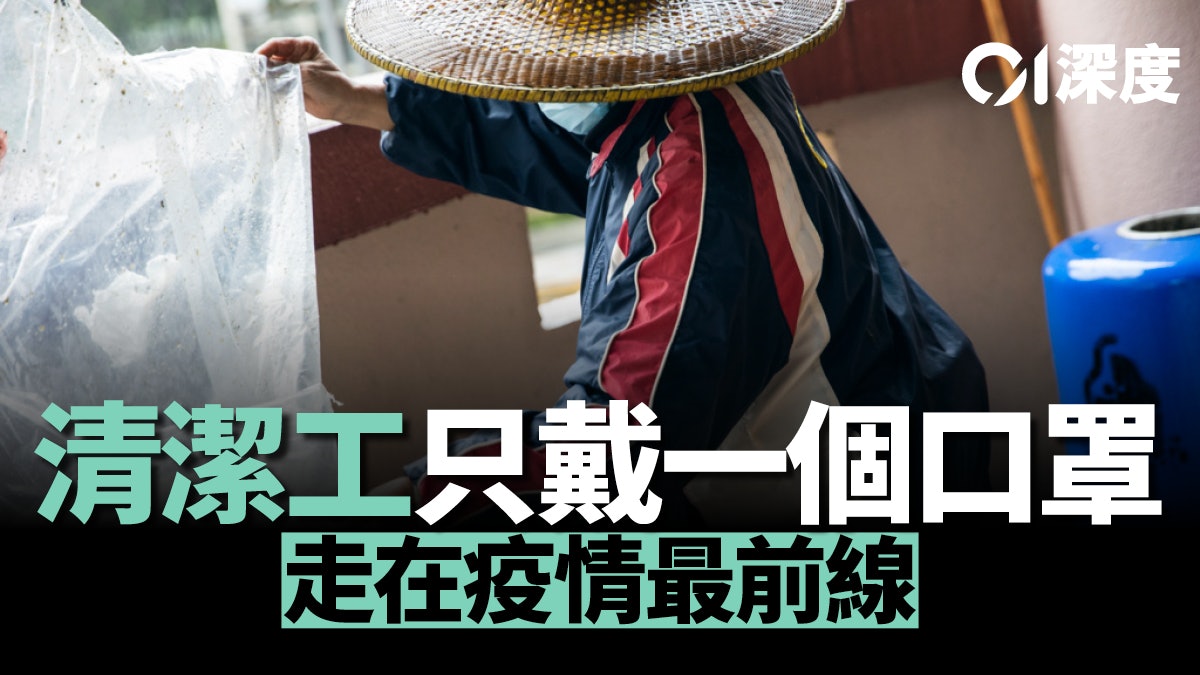 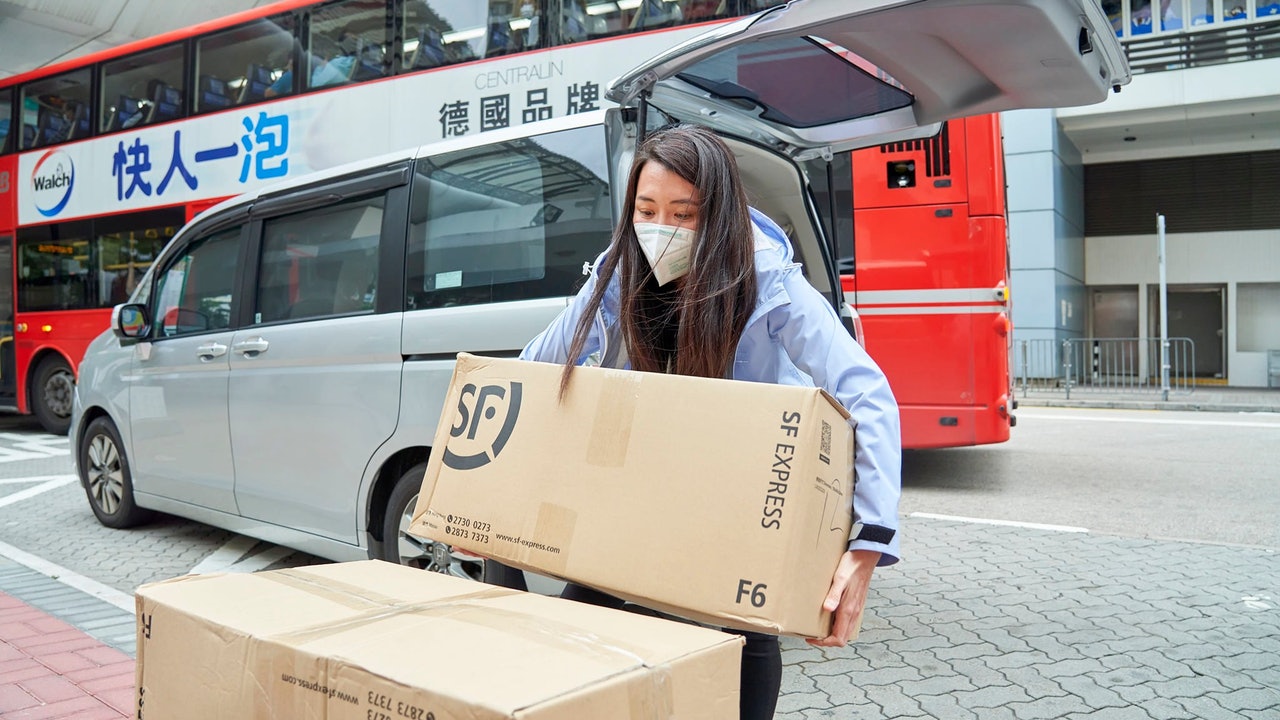 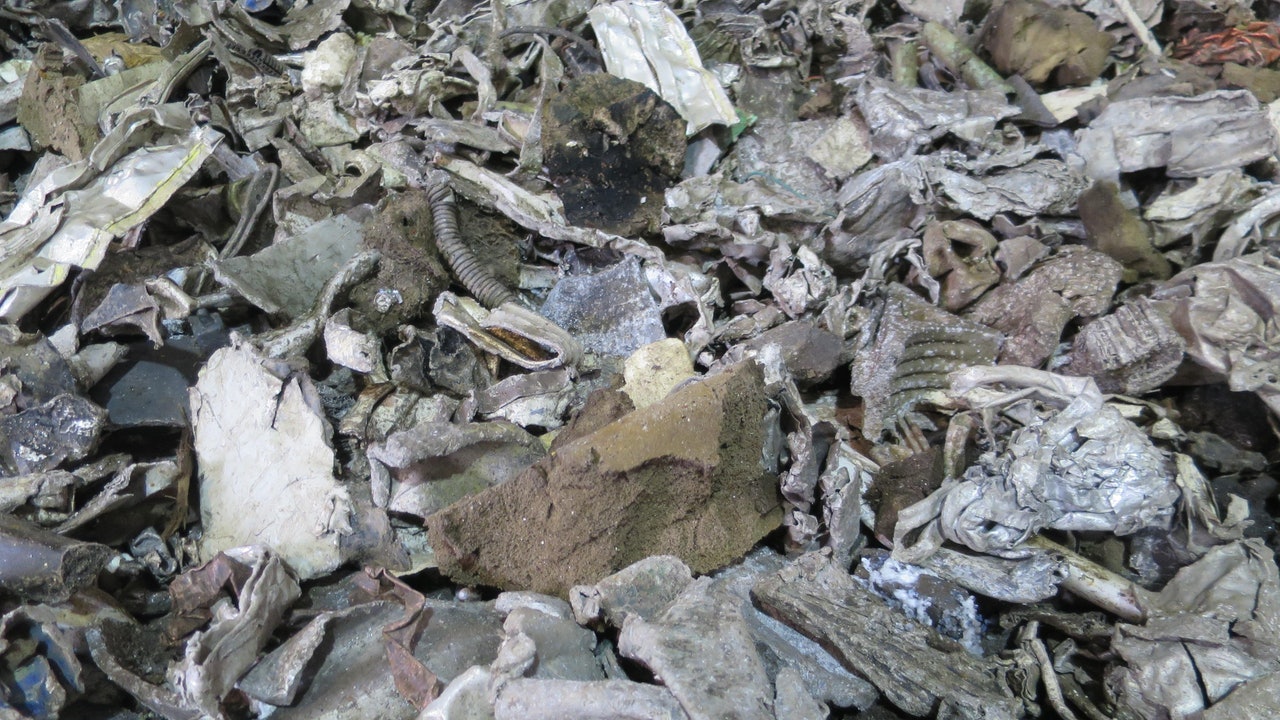 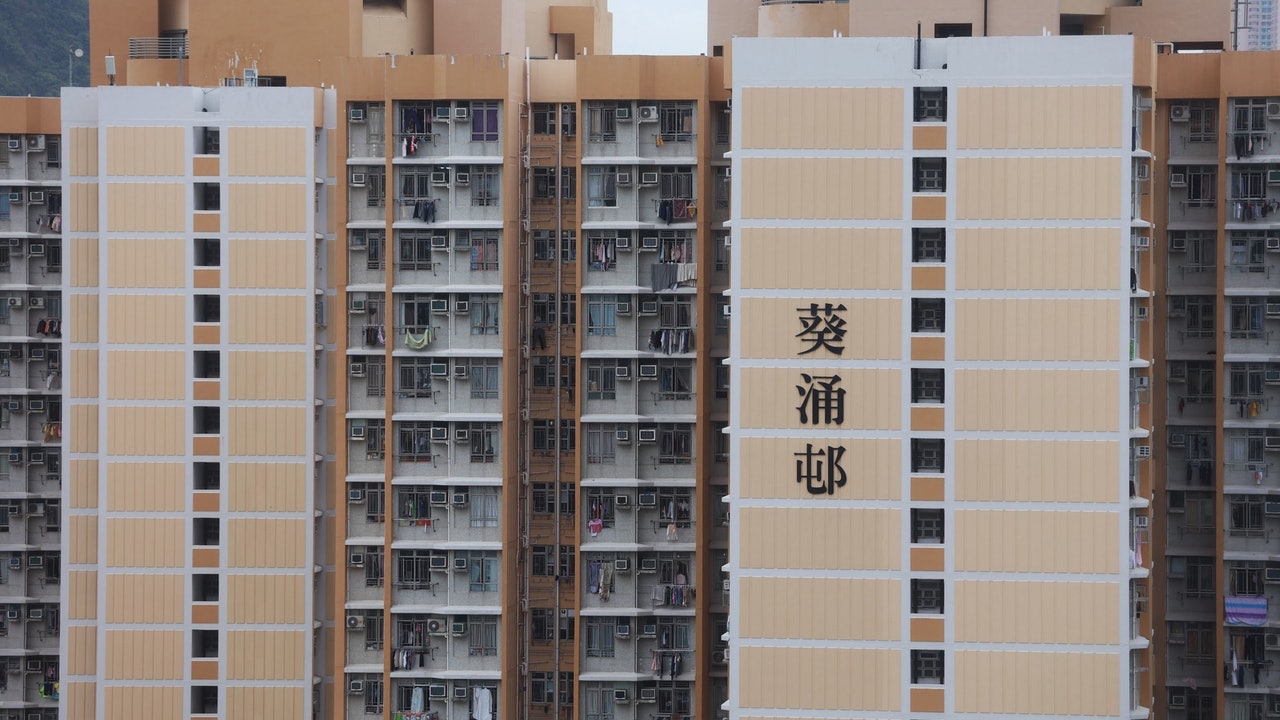