The Nord Stream 2 gas pipeline passes through Ukraine and is especially valuable for Russia. Doubts about the political use that Putin could make. 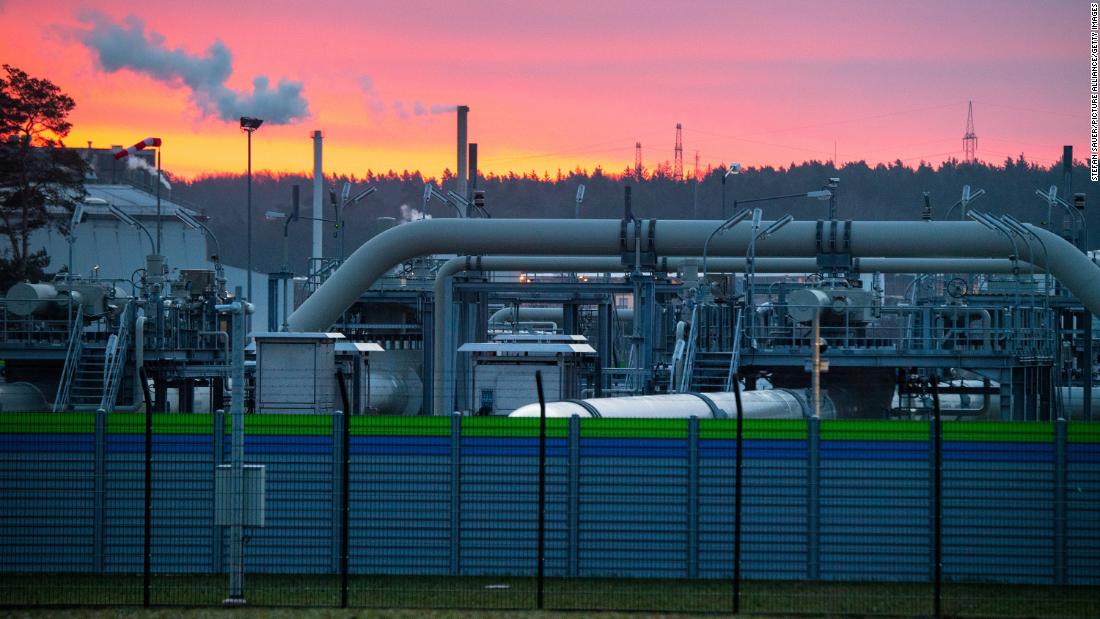 Sbarbi: It is not convenient for NATO to add Ukraine to the bloc 1:58

An underwater pipeline intended to supply gas from Russia to Germany has become exactly what the two countries have always insisted it would never be: a weapon in a geopolitical crisis.

The United States, the United Kingdom, Ukraine and several European Union member states have fiercely opposed the pipeline since it was first announced in 2015, warning that the project would boost Moscow's influence in Europe.

The 1,200km pipeline was completed in September and is now awaiting final certification.

But while the pipeline is not yet operational, it has already acted as a huge wedge between traditional allies at a time of heightened tensions between Russia and the West.

According to experts, that alone is a victory for Russian President Vladimir Putin.

Kristine Berzina, a fellow at the German Marshall Fund of the United States, a nonpartisan think tank, said Moscow has benefited from the pipeline drama.

"Everything related to the Nord Stream 2 pipeline has been a victory for Russia," he told CNN.

"Since Russia's goal is to divide the whole world, if they seek to break the unity in the European Union and NATO, this pipeline has been a wonderful vessel."

For years, both Russia and Germany have argued that the pipeline is a purely commercial undertaking and has nothing to do with politics.

What are Putin's two main strategies?

But in Central and Eastern Europe, where gas supplies from Russia play a vital role in electricity generation and home heating, few issues are more political than energy security.

With natural gas prices already near a record high, many fear further stress could cause more pain for European consumers.

And while Russia has denied using energy to pressure Europe, the International Energy Agency blamed Moscow for contributing to Europe's gas price crisis by cutting off supply.

The US and Europe are bracing for the possibility that Russia may weaponize its gas exports to Europe in retaliation for possible sanctions.

The Biden administration has held regular talks with several countries in Europe, the Middle East and Asia about the possibility of increasing its production of liquefied natural gas to Europe in the event that a Russian invasion of Ukraine causes a gas shortage, several officials told CNN. Americans familiar with the conversations.

As Russia's largest gas customer, Germany had been reluctant to use the pipeline to pressure Moscow.

However, as tensions rose between Russia and the West over Ukraine, the Germans quietly dropped this claim.

Under pressure from the United States, Foreign Minister Annalena Baerbock acknowledged last week that the Nord Stream 2 pipeline could be included in a package of sanctions against Russia for its involvement in Ukraine.

At the same time, the US has somewhat reduced its opposition to the pipeline.

Earlier this month, the US Senate voted against legislation by Republican Senator Ted Cruz of Texas to sanction entities associated with Nord Stream 2. The main argument of the Biden administration was that pipeline sanctions they would undermine US efforts to deter the Russian threat by giving the West less leverage.

"Putin wants to see Nord Stream 2. If he is somehow killed before a possible invasion, he will have one less reason not to invade Ukraine," said Senate Foreign Relations Chairman Bob Menendez.

Ukraine and other eastern European countries have warned that the new pipeline could make the region more vulnerable to the whims of Russia.

Disputes over energy prices have plagued the relationship between Russia and Ukraine since the collapse of the Soviet Union in 1991, with Russia cutting off its gas supplies to Ukraine on several occasions.

Russia needs Ukraine right now, because much of the gas it sells to Europe continues to flow to the rest of the continent through Ukrainian territory.

By passing over Ukraine, the Nord Stream 2 would facilitate the isolation of this country by Russia.

Germany's decision not to supply weapons to Ukraine further complicates the situation.

While other NATO countries including the US, UK and the Czech Republic have said they would send weapons to the country, Germany has so far refused, drawing criticism from Ukrainian officials.

The controversial statements by the head of the German navy, Vice Admiral Kay-Achim Schönbach, that Putin "probably" deserves respect and that he suggested that Ukraine had definitively lost the Crimean peninsula, in the Black Sea, to Russia, have not done more than increase tensions. While Schönbach resigned over the comments, Ukraine's ambassador to Germany, Andrij Melnyk, said on Sunday that the German government "has to change its course towards Kiev" to "restore full confidence in German politics."

The pipeline is especially valuable to Russia, which relies on oil and gas exports for more than 40% of its public revenue.

If it comes online, it will supply 55 billion cubic meters of gas a year directly from Russia to Europe.

Gazprom, the Russian state-owned company that owns the pipeline, said its average export price was $280 per 1,000 cubic meters of gas in 2021, meaning the new pipeline could be worth more than $15 billion a year.

Gazprom has already invested some US$11 billion in the project.

"The West needs every possible form of influence it can get to deter Russia from invading Ukraine," Berzina said, adding that not sanctioning the pipeline now means it could be used as leverage in the future.

"Russia's ambitions at the moment are huge and the explicit requests it made to the West to bring troops back to where they were in the early 1990s and to close the door on NATO expansion are not in line with the Western values, so the West can't really give Russia what it wants there.

Andrey Kortunov, director general of the Russian International Affairs Council, said Moscow sees the Nord Stream project as a test of the EU's strategic autonomy from the United States.

"If the Nord Stream 2 project goes to waste, which is possible, it would serve to confirm this perception that Europe is not a reliable partner and you can't work with the European Union because they can't agree on anything and they can't make any decision. So if you want to achieve something, you have to go to Washington," he said.

Russia has repeatedly warned the West not to drag Nord Stream 2 into political crisis.

But while the pipeline is very valuable to Putin, it is doubtful that it can play a decisive role in persuading him to scale back his plans to cross the Ukraine border.

"If it fails, it will be a huge loss for Gazprom and the Russian economy, but it's not like the Russians are going to say okay, you can go ahead with NATO enlargement, but as long as Nord Stream 2 is operational, nothing happens." Kortunov said.

"The question is what is [Putin's] ultimate goal? He has the money, the foreign exchange reserves that Russia has saved, he can afford to lose money right now... is the economic relationship, the pipeline, a cost that are you willing to pay?" 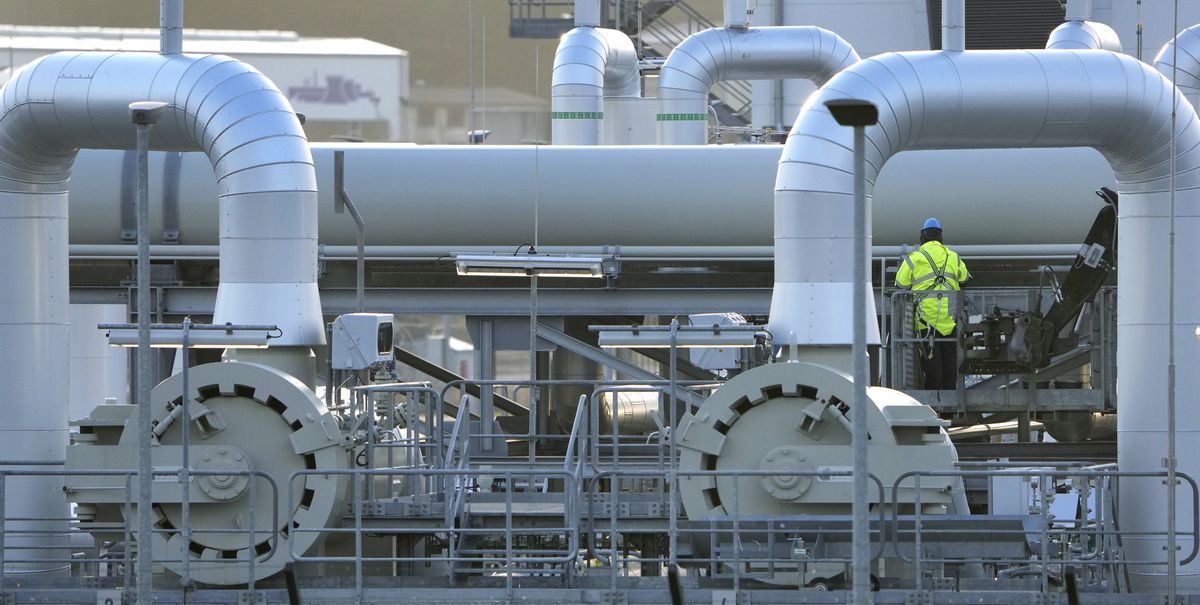 Could there be a world conflict to dispute the sun? 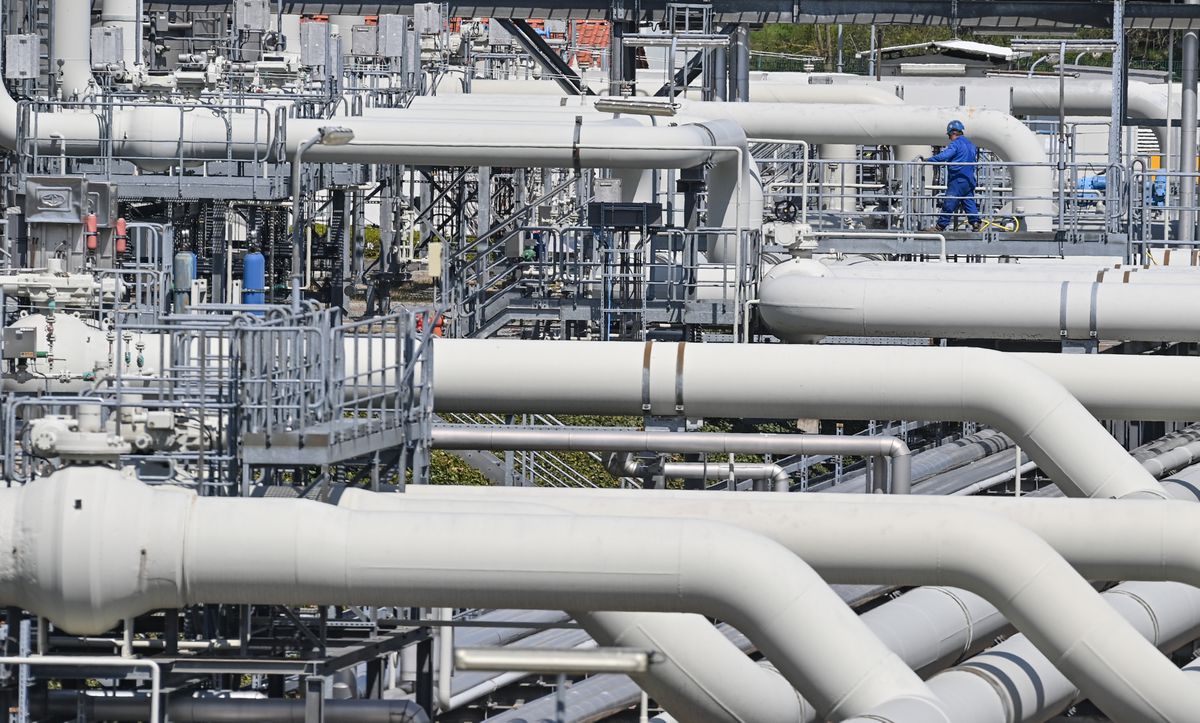 The 'gas war' worsens with Gazprom cuts in Eastern Europe Germany and Ukraine clash over gas supply and NATO entry 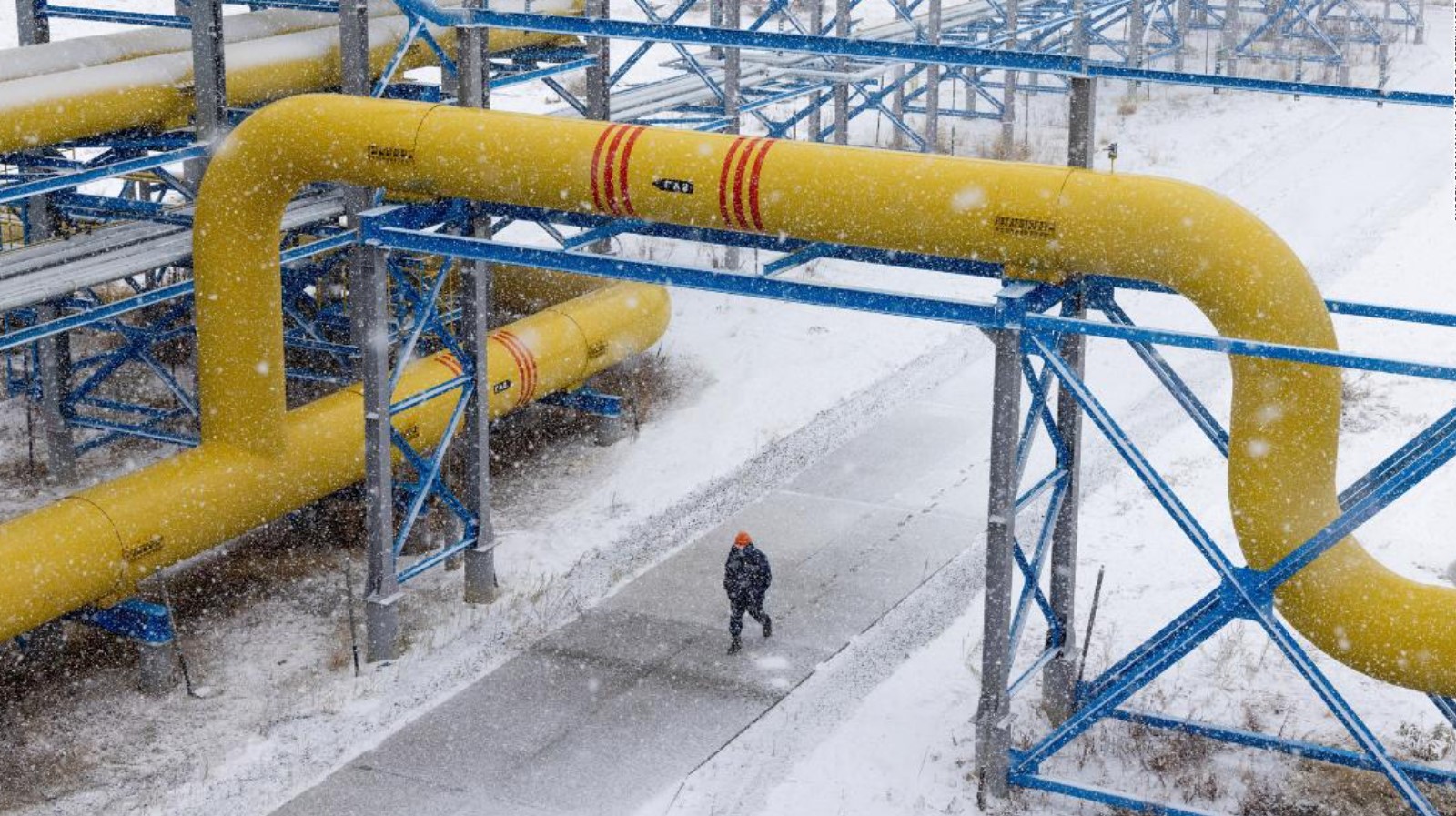 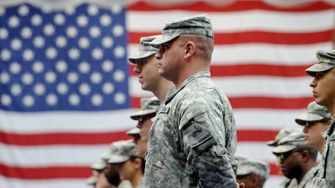 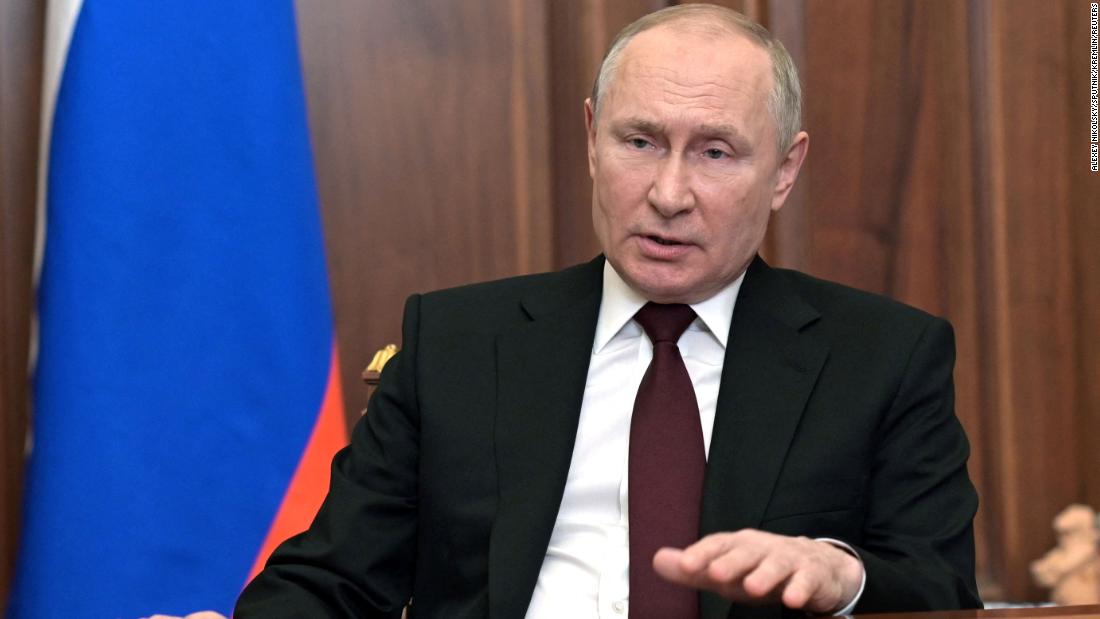 If Putin undermines Ukraine, he probably won't stop there 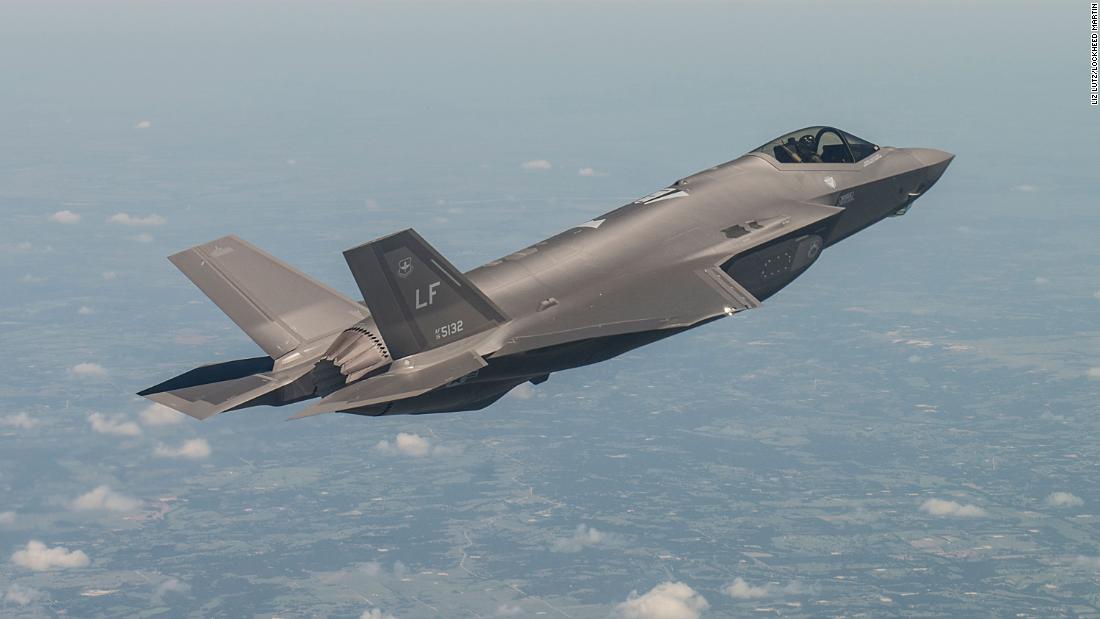 Germany to acquire F-35 fighter jets and increase its defense Austrian Freedom Party: Sanctions against Russia harm the interests of Europe and Austria