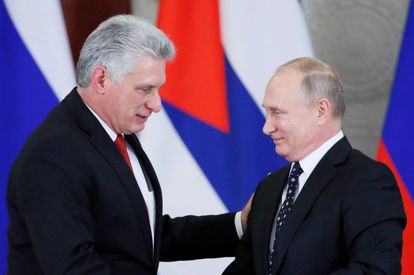 The Cuban president, Miguel Díaz-Canel, and the Russian, Vladimir Putin, in the Kremlin, in an image from 2018. MAXIM SHEMETOV

Despite the fact that relations between Moscow and Havana will never be as before, when the island carried out 70% of its commercial exchanges with the former USSR —which until the beginning of the 1990s maintained a listening and espionage base on the island and a military brigade—, these days Russia is staging a notable rapprochement with its former ally at a time when international tensions are growing due to the conflict in Ukraine.

On Monday, Russian President Vladimir Putin spoke by telephone with his Cuban counterpart, Miguel Díaz-Canel, and during the conversation both leaders expressed their willingness to deepen "strategic cooperation" and "the willingness to work closely to strengthen relations bilateral”,

agreeing to "intensify contacts at various levels with the aim of expanding cooperation in trade, economy and investment," according to official versions of both governments.

That same Monday night, the Russian ambassador to Cuba, Andrei Guskov, received a plane at the Havana airport with 20 tons of humanitarian aid for the health sector, the fifth shipment of this type to arrive on the island since on December 31, and there have already been 83 tons of donations in less than a month, to which must be added the more than 200 tons of humanitarian aid from last year.

"Russia will continue to offer its help to Cuba, we will not stop being by its side in these difficult times," Guskov said during the reception of the cargo. “We hope that this material requested by the Cuban side will serve as strong support for the national specialists who are fighting the covid-19 pandemic, who are fighting in complicated conditions due to the economic, commercial and financial blockade imposed by the United States,” assured the official. ambassador, who announced that a ship with a donation of 19,500 tons of wheat is ready to sail from his country.

The telephone exchange between Putin and Diaz-Canel drew attention for taking place in the midst of Moscow's tensions with the United States and the European Union, a few days after the declarations of the Russian deputy foreign minister, Serguei Riabkov, who did not rule out a military deployment in Cuba and Venezuela as a response to the US policy in Ukraine, which Moscow considers a threat to its security.

US National Security Adviser Jake Sullkivan immediately responded that if Russia moved "in that direction", the US would "deal" with it "decisively".

Some analysts minimized the danger and considered the exchange of declarations and intentions part of the geostrategic chess between both countries —“bragging”, a high-ranking State Department official went so far as to say—,

the missile crisis of

1962, when Moscow deployed nuclear rockets in Cuba and the world was on the brink of an atomic war.

None of this seems likely at present, but it is obvious that, in the midst of a horse crisis like the one Cuba is going through, with the intensified US embargo, the bankrupt economy and the throes of the social upheaval caused by the demonstrations 11-J protest, Havana lets itself be loved by Moscow, although it is aware that Russian aid is limited and incapable of resolving Cuba's serious economic situation.

In the mid-eighties of the last century, annual economic exchanges between Cuba and the former Soviet Union reached 8,000 million dollars.

Actual Russian investment is currently scarce, although major plans have been announced in the recent past,

After the disappearance of the USSR, Moscow and Havana went through a period of great tension. Russia ended subsidies and exchanges —Cuban GDP fell by 35% in just three years—, took its soldiers, deactivated the Lourdes espionage base —today the University of Information Sciences, which during the pandemic has functioned as Covid-19 patient care center—and paralyzed the construction process of an atomic power plant in Cienfuegos. Little by little, both countries rebuilt their relations on the basis of how the real economy works in the world, and in 2014 Moscow canceled 90% of the Cuban debt, valued at more than 30,000 million dollars, signing new cooperation agreements. economic.

Politically, on the other hand, relations are more solid, almost allied, and Russian support for Havana is absolute against the United States. The Kremlin has criticized the US sanctions on Cuban officials for the repression during the demonstrations of the 11-J, and considers the trials that are currently taking place on the island - hundreds of protesters have already been tried, and some of them sentenced to up to 30 years in prison for sedition - an "internal matter" in which there is no room for interference, despite international criticism.

Donations of food, medicine and health supplies at this time of crisis are now one of the pillars of the bilateral relationship, but we must never forget Russia's geostrategic interest in Cuba (and vice versa) while the confrontation between both countries with the United States persists. USA 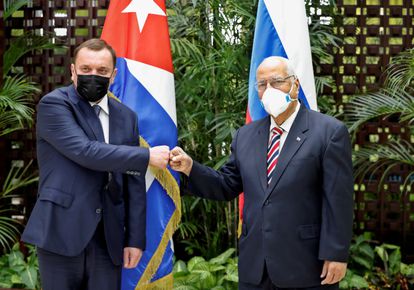 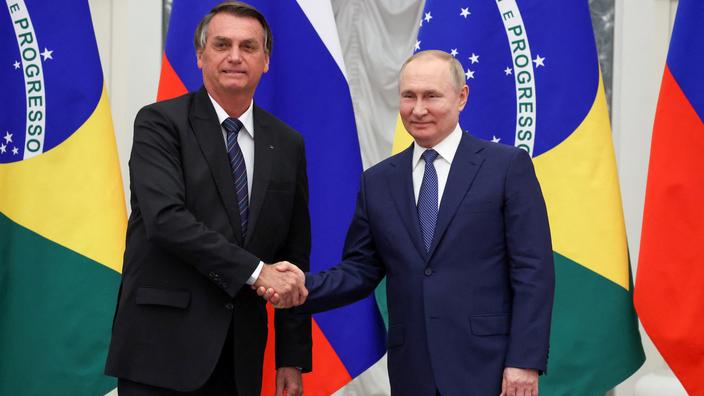 Abdullahian: Tehran and Havana should exchange experiences to thwart the US embargo 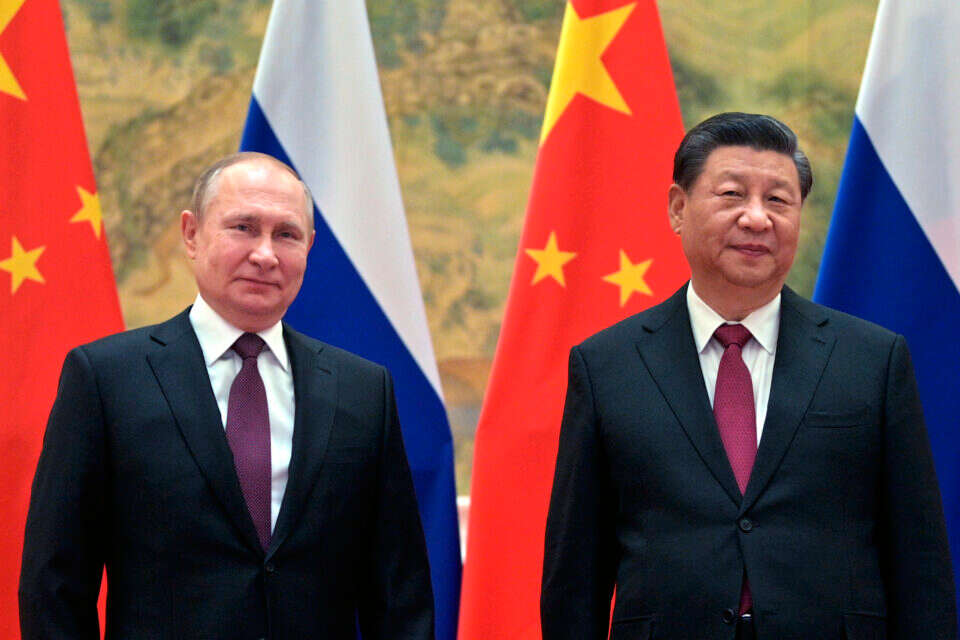 Opinion | The crisis in Ukraine: a new world order on the horizon? | Israel today Maduro: The strong relations between Venezuela and Cuba played a major role in confronting the American aggressions 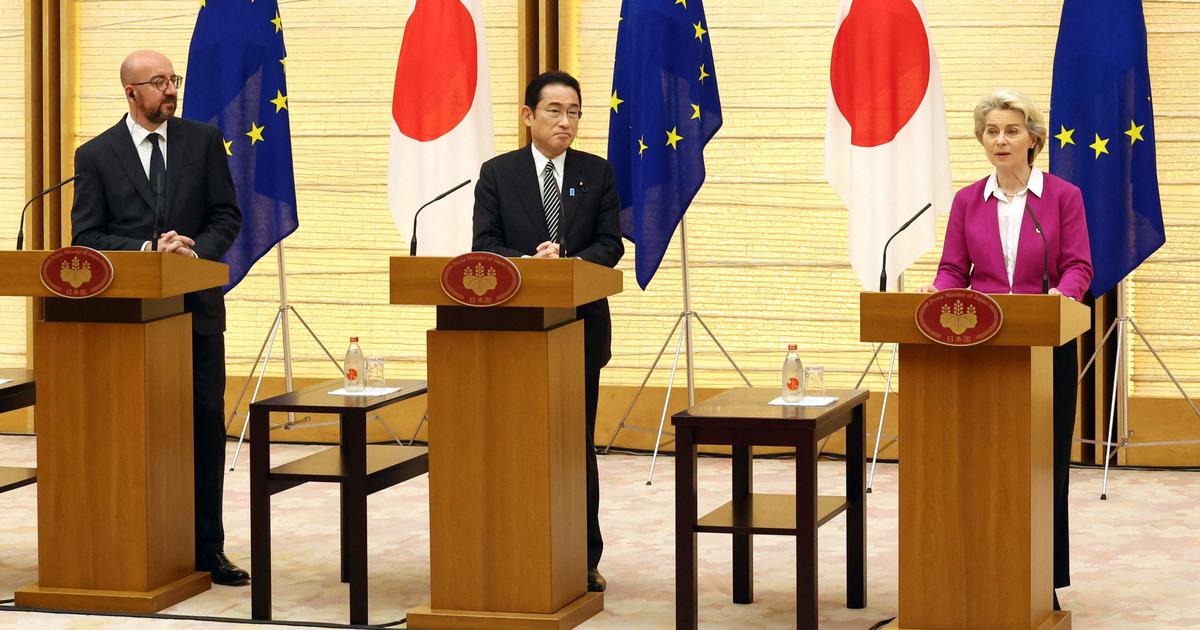 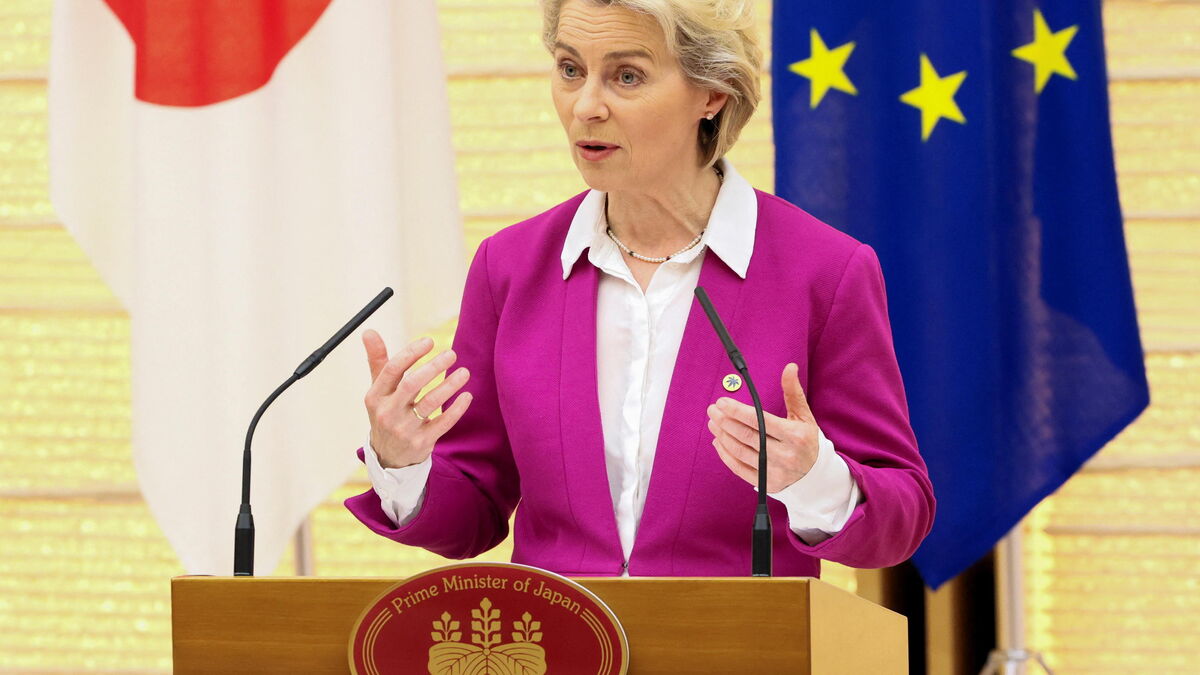 War in Ukraine: Russia is 'the most direct threat' to the world order, says von der Leyen