Corona-News: District swerves when vaccination is compulsory - FC Cologne boss bursts his collar - "Do they roll dice?" Created: 01/26/2022 05:41 The incidence in Germany is almost 900. The occupational vaccination requirement is not implemented in some cases. And professional sport is also struggling with the current regulations. The news ticker. The corona numbers are reaching new records. A

The incidence in Germany is almost 900. The occupational vaccination requirement is not implemented in some cases.

And professional sport is also struggling with the current regulations.

The federal and state governments met for the Corona summit on Monday.

Many changes did not come out of it.

This is met with great disappointment, especially in professional sports.

The return of fans to the stadiums has been postponed until February 9th.

This means that the Bundesliga and other German professional leagues will continue to play in front of few or no spectators for the time being.

"There have always been complaints that football has special rights in Germany," said Borussia Dortmund's managing director Hans-Joachim Watzke on Monday evening in the

newspaper: "The opposite is exactly the case.

Football is falling victim to symbolic politics.” The BVB boss announced that he was considering legal action.

Cologne's Vice President Eckhard Sauren made his opinion clear before the MPK: "750 spectators in a 50,000 stadium has nothing to do with sensible protection against infection," he said

"Now we lose 1.7 million euros in every game with 750 spectators due to this symbolic policy," says Sauren - and that despite open-air stadiums.

“Now that is absolutely not proportionate at all.

It can no longer be explained rationally," he said angrily to

Wehrle is also annoyed that the regulations are not uniform: "It is incomprehensible at all if 2,000 of the 2,100 possible spectators in the Elbphilharmonie in Hamburg are in a closed room, and a few kilometers further in the Hamburg stadium also 2,000, because that is just the limit.

And who is the 1000 in Mainz?” And again clearly: “Do they actually roll dice?” Wehrle asks sarcastically.

The last few months have shown that no chains of infection have emerged at major events.

And the professional clubs have proven the functionality of their hygiene concepts.

"In the open air, digital traceability of the chain of infection, keeping your distance, masks, time slots upon entry and the 2G rule that we had at FC in August," Wehrle lists all the measures.

Corona in Germany: district gives up on job-related corona vaccination

For mid-March, the federal government is planning compulsory vaccination for employees of nursing homes and hospitals. But one district is already giving up. Vorpommern-Greifswald has announced that it will not apply the regulation. You can see that “with all the other corona-related measures that we have been taking for two years, the health department and also large parts of the administration are completely busy,” said district spokesman Achim Froitzheim on Tuesday evening. "We can therefore not fulfill the control and enforcement of this facility-related vaccination requirement."

“If tasks are now added on top, we simply can no longer do them.” The district is not entitled to assess the corresponding vaccination obligation with a view to a possible shortage of nursing staff.

"That has to be clarified at the federal and state level," said Froitzheim.

According to feedback from old people's and nursing homes, which are subject to the home supervision of the district, it is assumed that around 20 percent of the employees have not yet been vaccinated against the corona virus.

Travel should become easier across the EU

But alongside this decision, today's EU agreement has unleashed chaos around the recovered status.

The RKI decided just a week ago to reduce the validity of proof after a corona infection to three months.

Does Lauterbach have to row back now?

.: In Baden-Württemberg and Lower Saxony, the 2G rule was partially overturned.

EU-wide there are now also relaxations when traveling.

In the future, a valid EU Corona certificate for travel in the EU should be more important than the infection process in the country of departure.

The EU states agreed on Tuesday that from February 1st it should no longer be decisive where a trip starts from - but whether there is a valid vaccination, test or recovery certificate.

It could soon be possible for those who have been vaccinated and those who have recovered to travel across the EU without an additional test (symbolic image).

A PCR test should be carried out no earlier than 72 hours before the trip, and a rapid test 24 hours.

A recovery certificate should be valid for 180 days.

Anyone who does not have a certificate should take a test upon arrival.

There are exceptions for children.

There shouldn't be any additional restrictions.

A spokesman for the EU Commission emphasized: "The least we can all expect is that the member states will implement this recommendation."

Corona in Germany: No additional test when traveling in the EU?

There are currently additional regulations in some countries.

To enter Italy from Austria, a negative test is also required for basic immunization.

"Travellers who are in possession of a valid EU digital corona certificate should not be subject to additional restrictions on their freedom to travel," the 27 member states said in a statement.

An additional test should be omitted.

In view of the Omicron variant, which is widespread throughout Europe, this step is appropriate.

The Baden-Württemberg Administrative Court overturned the 2G rule for retail.

The VGH announced on Tuesday in Mannheim that the freezing of alarm level II by the Corona regulation of the state government is likely to be illegal.

This means that in retail, people with a current test can shop in stores again, in addition to those who have been vaccinated and those who have recovered.

In Baden-Württemberg, the 2G rule in retail has now also been overturned.

In Lower Saxony, the Lüneburg Higher Administrative Court (OVG) suspended the 2G regulation for the use of outdoor sports facilities. As the court announced on Tuesday, the 14th Senate granted an urgent request from a golfer who has not been vaccinated or recovered. The regulation in the Corona Ordinance is not compatible with the general principle of equality. The decision is final. Although this means that the regulation for team sports has also been repealed, the judges decided that it could be prescribed.

The 2G rule for the use of outdoor sports facilities is inappropriate and a constitutionally unjustified encroachment on the general freedom of action.

According to the court, when practicing sports with a large number of physically strenuous people in closed rooms, there is a significantly increased risk of infection, which justifies restricting access to vaccinated and recovered people.

When using sports facilities in the open air, such a significantly increased risk of infection cannot always be identified.

Without a doubt, it exists where team sports are practiced that cannot be expected to comply with a distance requirement or a mask requirement - for example football, basketball.

.: Biontech/Pfizer starts a first clinical study for its Omicron vaccine.

The pharmaceutical company from Mainz and its US partner announced on Tuesday that the safety, tolerability and effectiveness of the vaccine candidate should be tested.

The study will include up to 1,420 test subjects, who will be divided into three groups.

Bayern again allows up to 10,000 spectators in the football stadium

.: Bavaria again allows up to 10,000 spectators in the Bundesliga and at other sporting events.

There is also an absolute upper limit of 10,000 spectators for concerts.

The 2G-plus rules and an FFP2 mask requirement continue to apply.

In addition, twice as many spectators will be allowed to attend cultural events in Bavaria as before.

In theatres, cinemas and other cultural events, audience occupancy rates of up to 50 percent will be allowed again from Thursday – previously it was 25 percent.

The cabinet decided on Tuesday.

a.m .: The delivery date for the Novavax vaccine doses has been set.

The first 1.4 million doses are scheduled to ship in the week beginning February 21.

and refers to the Federal Ministry of Health.

Germany is expected to receive 3.8 million doses of Nuvaxovid by March 20th.

The protein vaccine from Novavax* is considered an alternative to the mRNA vaccines from Moderna and Biontech/Pfizer.

Unvaccinated employees in clinics or in care should be offered the Novavax vaccine “preferably”.

Vaccination is mandatory for staff in hospitals and nursing homes from March 15th.

Because: PCR prioritization could take weeks

.: According to the Prime Minister of Lower Saxony, Stephan Weil (SPD), the prioritization of clinical staff and risk patients for PCR tests decided at the Corona summit could still take “a few weeks”.

In order to be able to assess the infection process despite the new test strategy, other factors must be taken into account, Weil told NDR.

In an interview with the NDR, Weil referred to the antigen tests that are carried out at test stations.

These too must be included in the test strategy, he demanded.

But this had to “first be discussed calmly and in detail,” Weil continued.

Corona summit: Söder dissatisfied with the federal-state round

.: The prioritization of the PCR tests that has now been decided means that from this point on the government has “no idea” “how high the number of infections really is,” said Bavarian Prime Minister Markus Söder (CSU) on Monday evenings in the ARD “Tagesthemen”.

"We were surprised and annoyed," Söder continued.

The impending test shortage is "not a strong sign for logistics and material procurement in Germany".

In his opinion, the discussions with the state colleagues and Chancellor Olaf Scholz (SPD) were overall “unsatisfactory because we only postponed it again”.

Omicron wave is picking up speed: Incidence in Germany at almost 900

Berlin - The omicron wave in Germany is picking up speed.

In the past 24 hours, 126,955 new corona infections and 214 further deaths have been recorded at the Robert Koch Institute (RKI).

This emerges from the data of the Covid 19 dashboard of the RKI.

Experts assume that the number of unreported cases of corona is large.

The test capacities in Germany are increasingly reaching their limit and the health authorities can hardly keep up with their work.

RKI: Incidence in Berlin just under 1,600

PCR tests are still considered the "gold standard" for detecting a corona infection.

But the laboratory capacities are becoming scarce in view of the exploding number of infections.

The test strategy should therefore be adjusted.

There should be a prioritization for PCR tests.

In the future, they will primarily be used for people from corona risk groups and employees who care for and treat them.

According to the currently applicable test regulation, for example, anyone with a positive rapid test is still entitled to a post-PCR test.

Certified rapid antigen tests should be sufficient for free testing from contact person quarantine or infected isolation, but they are considered less reliable.

Lauterbach said on Monday evening in the ARD: "If two antigen tests are positive in a row, then that's almost as safe as a PCR test." It only happens "very rarely" that they deliver a wrong result. 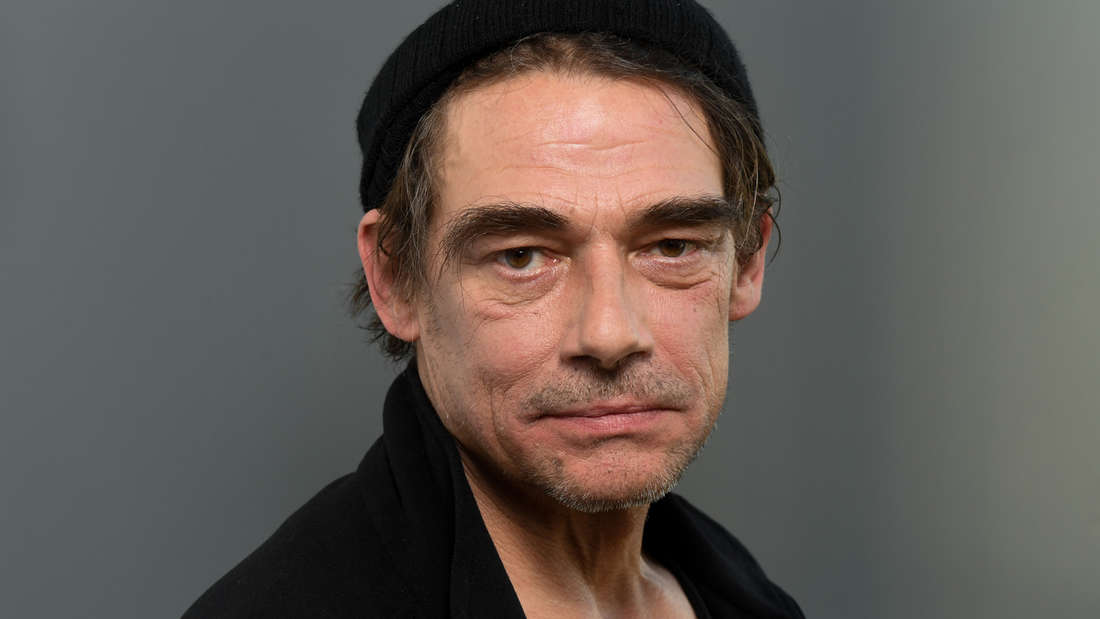 "Tatort" actor angry! He only earns half - "State aid is a joke" 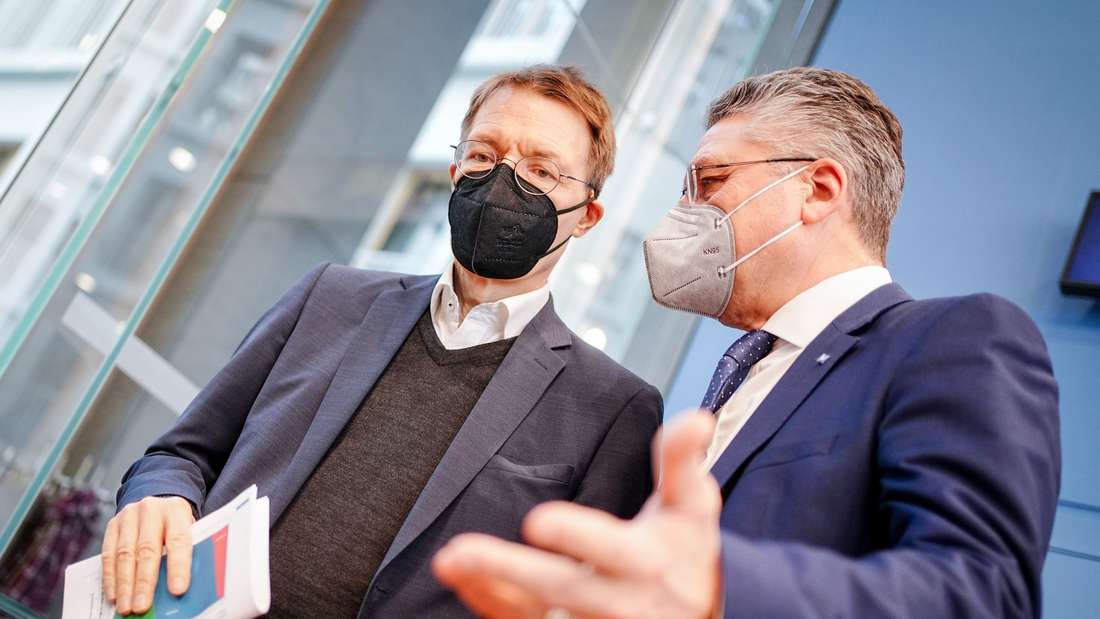 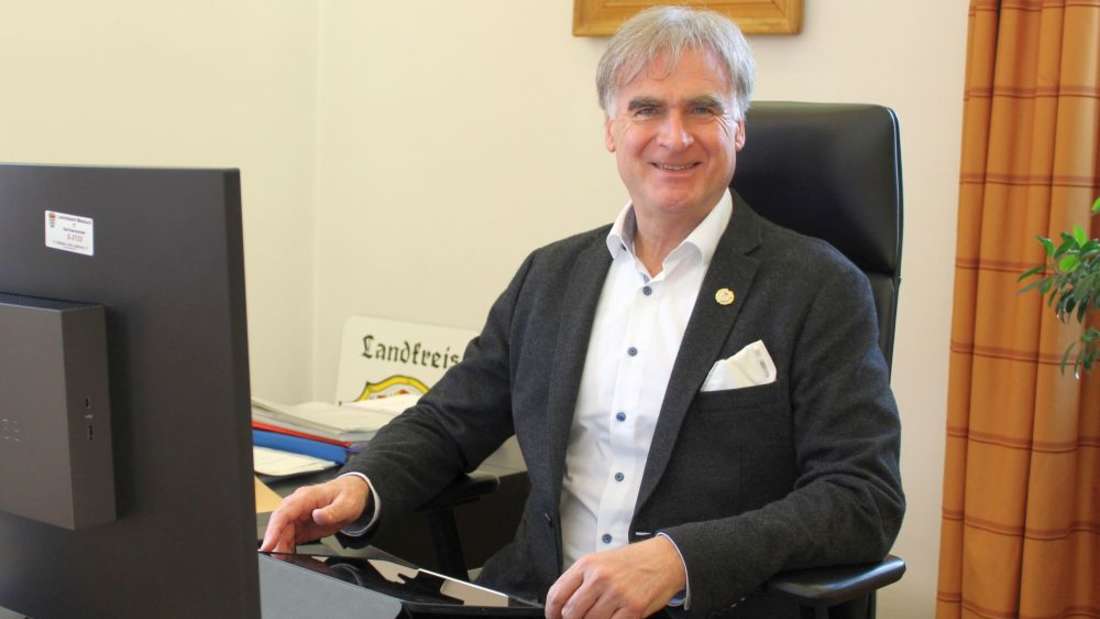 District administrator after two years of Corona in the district of Miesbach: "The start was tough"