From dream vacation to nightmare: Holzkirchner is stuck in cruise quarantine

From dream vacation to nightmare: Holzkirchner is stuck in cruise quarantine Created: 2022-01-26Updated: 2022-01-26, 6:10 p.m On the deck of the "Seaview" we celebrated on a Caribbean night. © Private Celebrating Christmas and New Year's Eve on a cruise ship in the Caribbean: that's what a family from Holzkirchen wanted. After a corona infection, the dream vacation turned into a nightmare. Hol 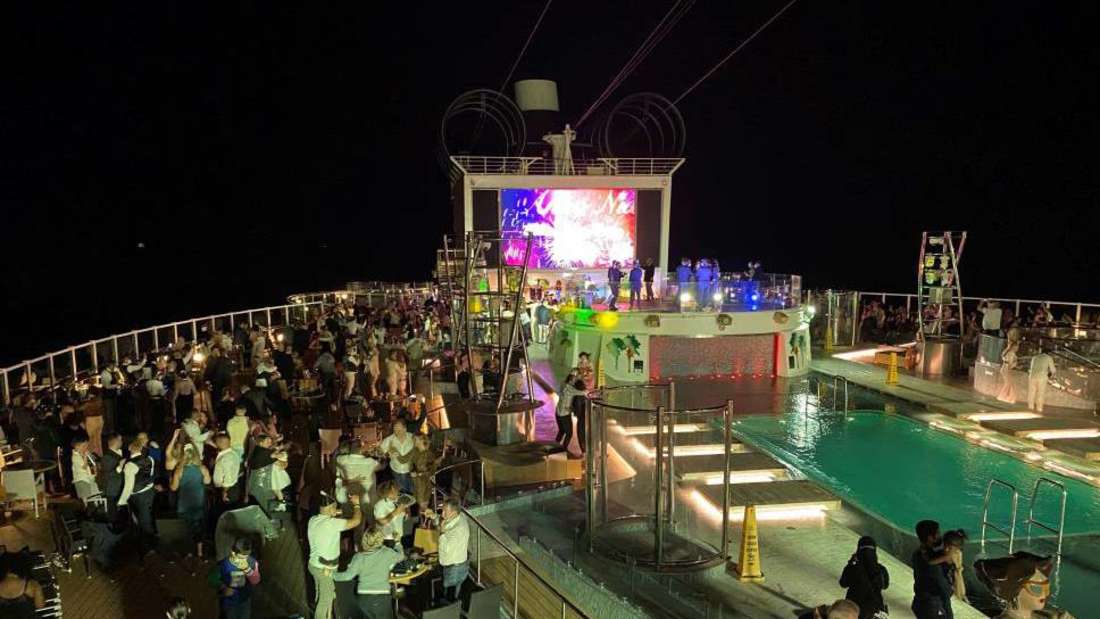 From dream vacation to nightmare: Holzkirchner is stuck in cruise quarantine

On the deck of the "Seaview" we celebrated on a Caribbean night.

Celebrating Christmas and New Year's Eve on a cruise ship in the Caribbean: that's what a family from Holzkirchen wanted.

After a corona infection, the dream vacation turned into a nightmare.

Holzkirchen – "If we had known that, we would not have started this journey," says Wolfgang B. (name known to the editors).

The 63-year-old, his wife and child are now back in Holzkirchen.

A nerve-racking time lies behind them, first on the MSC Seaview, then in a quarantine hotel on the Caribbean island of St. Maarten.

The family paid more than 10,000 euros for the two-week cruise including flights to and from Frankfurt.

"I was convinced that the organizer's hygiene concept, including the reduced number of passengers, would work," says B., who is boosted like wife and child.

That's why he wants to make his experience public now: "I want to warn others not to embark on a cruise at the moment to spare them such an experience." At the same time, he wants to remain anonymous - he fears possible ridicule.

The first week on the "Seaview" is actually fantastic: "Friendly staff, beautiful islands, great atmosphere," remembers B. The hygiene measures include daily fever measurements and the obligation to wear masks.

The “bubble concept” applies to excursions: vacationers are not allowed to leave their group, no contact with locals.

"We could live with that," says B. He estimates that the huge ship is only 25 to 30 percent full.

But after the Christmas celebrations with banquets and parties on all decks, things get crowded: families with small children from Great Britain, France and Spain come on board in St. Maarten.

B. estimates that the ship is now 30 to 50 percent occupied.

"The guests crowded, it got tight in the pools." On top of that, the guests are starting to take the mask requirement less seriously.

On New Year's Eve morning, the family has to take a routine corona test - and in the afternoon they get the result: their child is positive.

It's not the only one: B. estimates the number of corona positives on board at 400 to 500 people.

A Holzkirchner family had to starve in the ship's quarantine zone because their child had caught the corona virus.

For them, the fun is over now.

Packing their bags, they are transferred to the ship's quarantine area by a team in white hazmat suits and sprayers.

You are not allowed to leave your cabin.

"The food was placed in plastic dishes in front of the cabin door." No one says what's next.

"Among those affected, a feeling of anxiety, even panic, spread," recalls B.

After all, none of those affected have severe symptoms.

“But I wonder how people would have been helped if they had severe shortness of breath?” B. thinks the cruise should have been canceled after more than ten percent of the passengers were in quarantine.

He also finds it incomprehensible that the positives and negatives of a family are housed together in one cubicle.

While the Corona positives are starving in quarantine, the others are celebrating a lavish New Year's Eve party - without masks and distances.

"Those who didn't have a bed slept on the floor"

Nothing will come of the return flight on January 2nd.

Although B. and his wife are still negative, they cannot leave their child alone.

A troop in white protective suits comes, accompanies the family ashore via a separate tailboard – and crammed them into a minibus.

He's going to a quarantine hotel run by the local health department.

"It was more of a third-class flophouse," says B.

He is most outraged that the care of MSC Cruises - one of the largest cruise operators on the market - ended here.

"There was no information on how to proceed.

We booked a trip from Frankfurt to Frankfurt.” Families of four sometimes have to share two-bed rooms.

"Those who didn't have a bed slept on the floor."

The family writes an email to the MSC customer center in Germany.

"It can take up to eight weeks to process your request," the response said.

After a long eight days, the child of the family can test himself freely.

B. manages to book a return flight to Germany on your own and to organize transport to the airport.

“We hope to get part of the cost of the scheduled flight reimbursed by the Covid insurance,” says the Holzkirchner.

Holzkirchen-Newsletter: Everything from your region!

Our Holzkirchen newsletter informs you regularly about all the important stories from the Holzkirchen region - including all the news about the Corona crisis in your community. waste of money? A cruise insider advises against this when booking 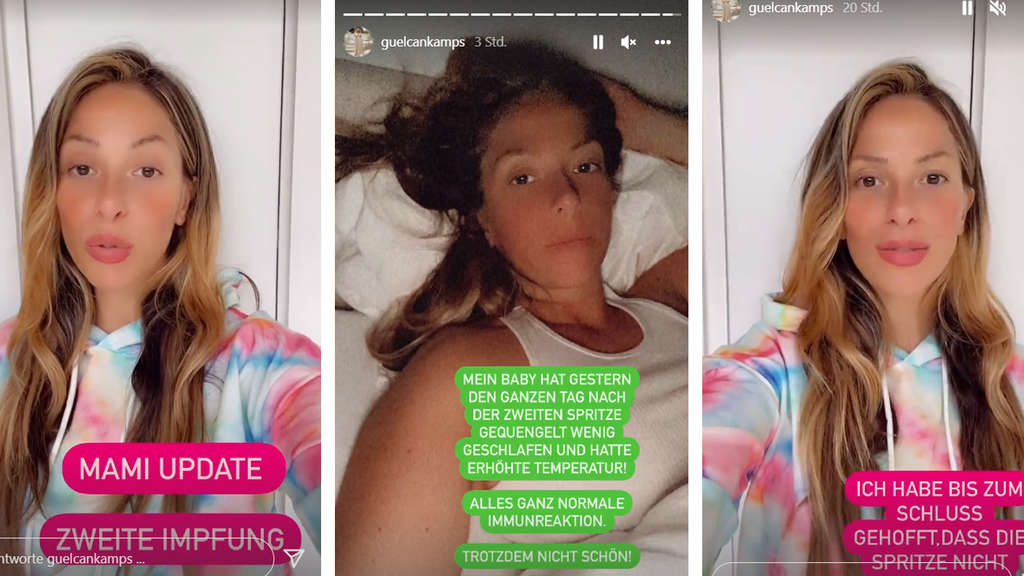 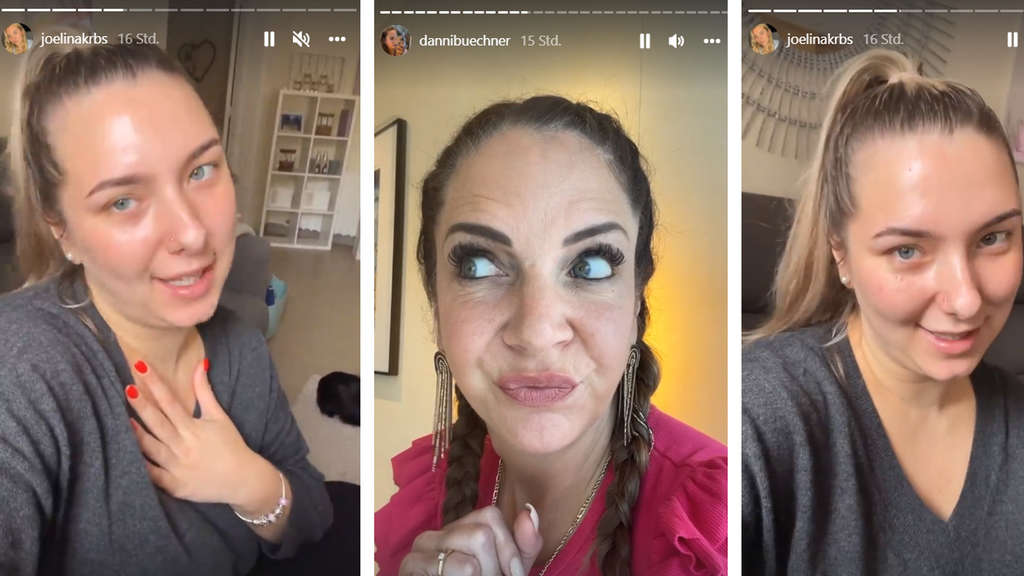 The sentence was aggravated: 13 months in prison for a southern resident who was convicted of threatening Netanyahu on the Internet - Walla! news
2022-05-18T14:57:34.718Z