Meat Loaf family speaks out about his death: Condition deteriorated rapidly - wife was next to him when he died Created: 01/26/2022, 04:45 am By: Armin T. Linder Rock singer Meat Loaf is dead. He was 74 years old. The suspicion of the cause of death is confirmed. His family commented on the circumstances. Update from January 25, 2022, 9:37 a.m .: Meat Loaf’s widow has now also commented. “The

Rock singer Meat Loaf is dead. He was 74 years old.

The suspicion of the cause of death is confirmed.

His family commented on the circumstances.

Meat Loaf’s widow has now also commented. “The grief over the loss of my husband is heartbreaking.

I was lying close to Michael as he breathed his last, my grief is indescribable," Deborah was quoted as saying by

She always called him by his real name, "because I didn't see him as 'Meat'."

She was very grateful "for the love I received from all over the world".

, the death of the rock legend was preceded by a corona infection.

This was not officially confirmed at first, so no cause of death is certain.

Meat Loaf died: Daughter comments on the circumstances of his death - His condition deteriorated rapidly

After the death of Meat Loaf, his daughter Amanda Aday spoke up, the 41-year-old gave

The cause of death or the reported alleged corona infection is not discussed, but the dramatic circumstances are.

Accordingly, as mentioned in media reports, he actually died in a clinic in Nashville.

They got a call, the daughter said, that his health was "deteriorating rapidly, more rapidly than expected."

Aday continued: "As fast as we could, we drove to his bedside in the hospital and just sat with him and held his hand." She said she was very grateful that she and her sister were able to see their father before he died.

Even his closest friends were able to say goodbye, having flown in from all over the country.

There were still "sweet and funny confessions".

"He gave a pair of us the finger, which is very dad, very appropriate," she says.

And her own with him.

"He was a complex man with a lot of passion who wore his heart on his sleeve," she characterizes him.

They would have experienced a lot together - but back home, the rock star turned into a private person.

When they came home, "it was just home, he was just dad," says Amanda Aday.

"He wasn't Meat Loaf anymore." It was important to him that his family was grounded at home.

If the two daughters wanted any fancy new piece, he would say: "Don't be trendy.

Be cool, cool is always possible.” That's how he was.

Amanda Aday also shared memories on Instagram with the words "I love you Daddy, always and forever" (swipe/click the arrows for more photos):

But there was another reason for this.

The suspicion that Meat Loaf died as a result of a corona infection is confirmed: the celebrity portal

After he canceled a planned business lunch because of a serious corona disease, his condition quickly deteriorated.

This had "quickly become critical",

An official confirmation of a cause of death or corona infection is not yet available.

Also no details on how his family and closest friends were able to say goodbye to him, which would have been difficult but not impossible against this background.

Meat Loaf, seen here on the sidelines of a radio morning show in New York in January 2014.

The grief is also great in the USA.

Singer Boy George sent "love and prayers to his family and close friends."

“He was smart, talented, open and warm.

His success was huge - we all loved him.” Meat Loaf was one of the few US musicians outside of the country genre to be actively involved in the Republican Party.

In 2012, the singer campaigned for presidential candidate Mitt Romney, who was defeated by Democratic incumbent Barack Obama.

Referring to his 2016 album, Braver Than We Are, Meat Loaf said it was "explicitly and politically incorrect (I hate political correctness)."

Meat Loaf died: He probably had Corona – Statement contains details of the circumstances of death

There are new details about the cause of death, which the large portal

According to the report, Meat Loaf was preceded by a corona infection.

He had an appointment for a business dinner, but had to cancel it because he was seriously ill with Corona.

Whether Meat Loaf was vaccinated is unclear.

He had recently scolded people in Australia about vaccination requirements.

There is initially no official confirmation of the corona infection as a background.

has often been right with big celebrity reports in the past, when it reported Michael Jackson's death.

And the information fits the report of a small portal called

, which was apparently published before the news of the death.

It said that the singer was on his deathbed and that he didn't have much time after a corona infection.

The official statement from the family (see below) does not address the cause of Meat Loaf's death, but the circumstances: Both his wife, daughters and close friends were able to say goodbye to him.

How did the singer actually get his stage name Meat Loaf?

There is an insane, reasonably probable explanation for this.

You don’t have to read beyond the borders of Germany to find a lot of shocked reactions on Twitter after the death of Meat Loaf (see first report). There you can see how many fans Meat Loaf had in this country. "Rest in peace and rock the place up there," writes one. "Thanks for everything Marvin!", "RIP Meat Loaf, who taught me to do anything for love except that", "You will always be in our hearts Meat Loaf" and "His songs are just wonderful, always enjoy listening to them, a journey to infinity,” write other users. "What a good musician. RIP,” tweeted NDR presenter Sascha Sommer.

Even the new Federal Justice Minister Marco Buschmann (FDP) is a big fan and publicly expresses his sadness.

"The great Meat Loaf has died.

The 'Bat out of hell' is sure to go to heaven.

Because his charisma on stage and his great voice have inspired so many people,” writes Buschmann on Twitter.

Many associate great memories with the bombast rocker.

"Carried through the worst lovesickness.

Thank you” and “In 'I'd Do Anything for Love' the stage in the Eissporthalle Münster always belonged to me.

Meat Loaf is dead - singer died at the age of 74

Now his voice has been silenced forever: Meat Loaf has died at the age of 74.

The sad news was confirmed to Deadline.com

by his longtime manager Michael Green on behalf of his family

and was also shared on his official Facebook page.

Meat Loaf is dead: his family was able to say goodbye to him

Apparently, the death of Marvin Lee Aday - his real name - Thursday night did not come suddenly.

He died alongside his wife Deborah.

The daughters and close friends also had the opportunity to say goodbye to him in the 24 hours before his death.

A statement from the family said: "We know how much he has meant to so many of you and we truly appreciate all of the love and support as we move through this time of sorrow at having such an inspiring... artist and handsome man." It continues: "From his heart to your souls... never stop rocking!"

Meat Loaf is dead: He stood for bombast rock like no other

He stood - often in cooperation with the recently deceased Jim Steinman - like no other for bombast rock: Pompous long songs, epic intros, theatrical singing and lavish use of instruments characterized his music.

It had two main phases: the "Bat Out Of Hell" released around 1977 with songs like "You Took The Words Right Out Of My Mouth".

And the "Bat Out Of Hell II: Back Into Hell" that followed around 1993, which includes the world hit "I'd Do Anything For Love".

Meat Loaf was also active as an actor, in more than 65 films - his role as Eddie in "The Rocky Horror Picture Show" is particularly legendary.

Meat Loaf as Eddie in The Rocky Horror Picture Show.

Meat Loaf is dead – many fans are shocked

Meat Loaf had many fans in Germany, not only his music was unforgettable, but also his performances - just as little as the "Wetten, dass..?" kiss with Thomas Gottschalk.

German supporters are shocked by the news of Meat Loaf's death.

"I can not believe it.

It says so on Meat Loaf's official FB page and I'm stunned," one follower commented on a screenshot.

The cause of death was not disclosed, but Meat Loaf had been struggling with health issues, including heart disease and knee problems.

Already in 2013 he spoke about his complaints.

"Looks like I've had 18 concussions in my life," Meat Loaf said at the time.

"It didn't really bother me until a few years ago.

But now it affects me. My balance is disturbed.

The room is constantly revolving around me.” At the time, he had announced that the 2013 tour would be his last, but he still did a few gigs in 2016.

He collapsed at a concert. 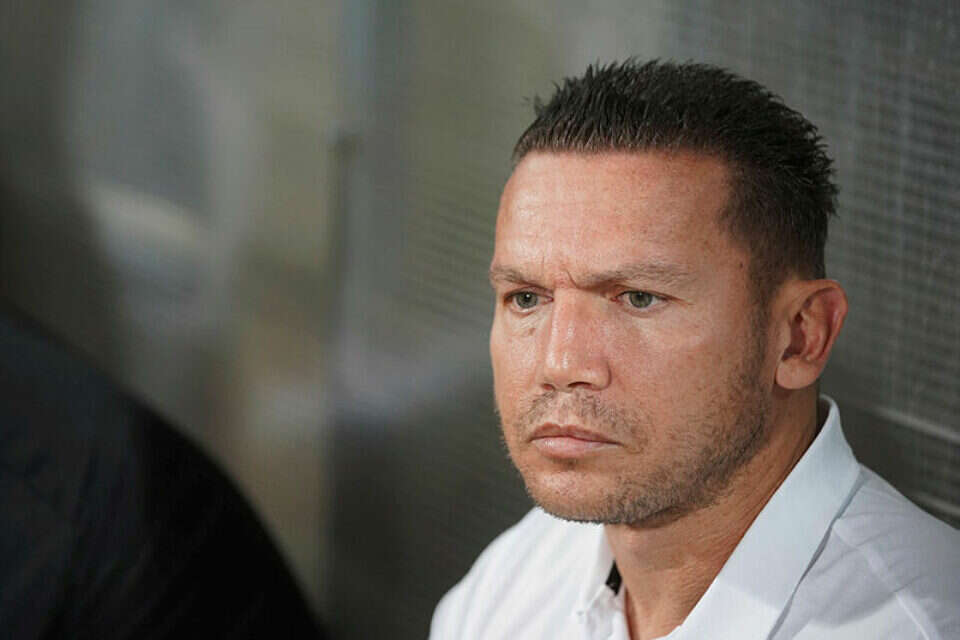 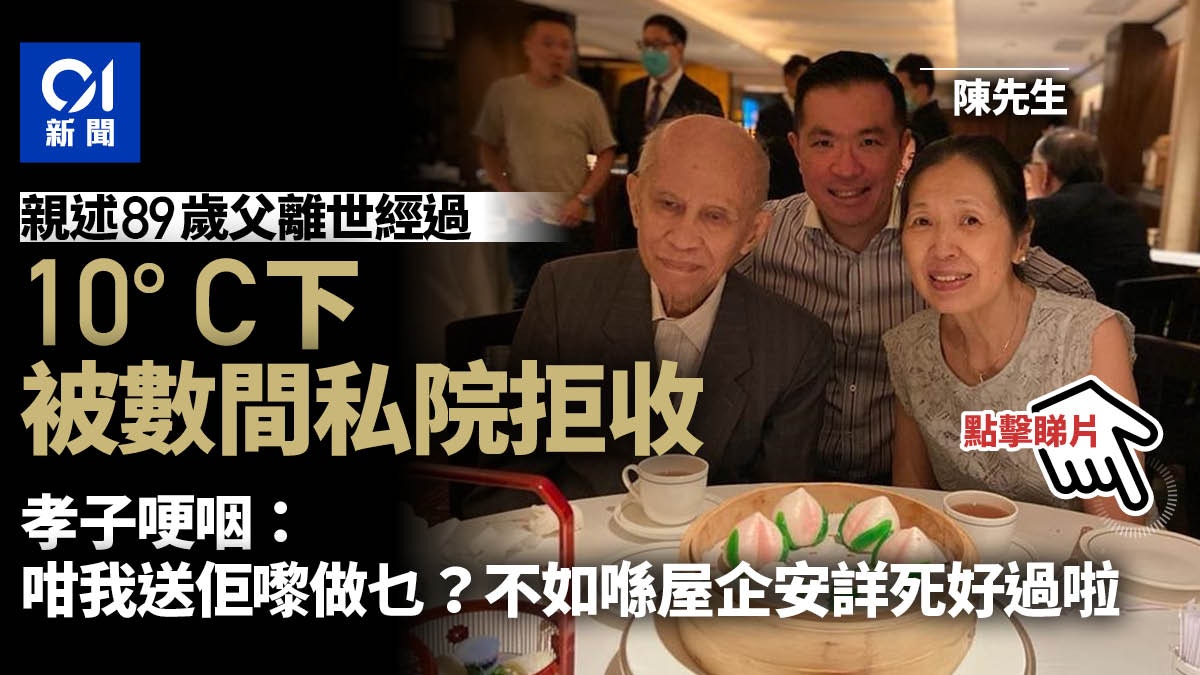 Elegy under the epidemic｜A dutiful son tells the story of his 89-year-old father's death and was rejected by several hospitals. Ning went on the road at home

10,000 dead from Corona in Israel: The story of the people behind the numbers - Walla! news

Epidemic | 139 more deaths, including three-year-old girl with severe brain lesions, will be referred to the coroner

Two months after his death: Subliminal releases a song in memory of his father Israel today