"She tried to hide behind her daughter and was shot": The murder in the village of Ma'ar | Israel today

An indictment has been filed against Nidal Dagar, 32, from Kfar Rama, for the murder of 30-year-old Rasha Sitawi at the end of November • It is estimated that the woman's divorced family ordered the assassination 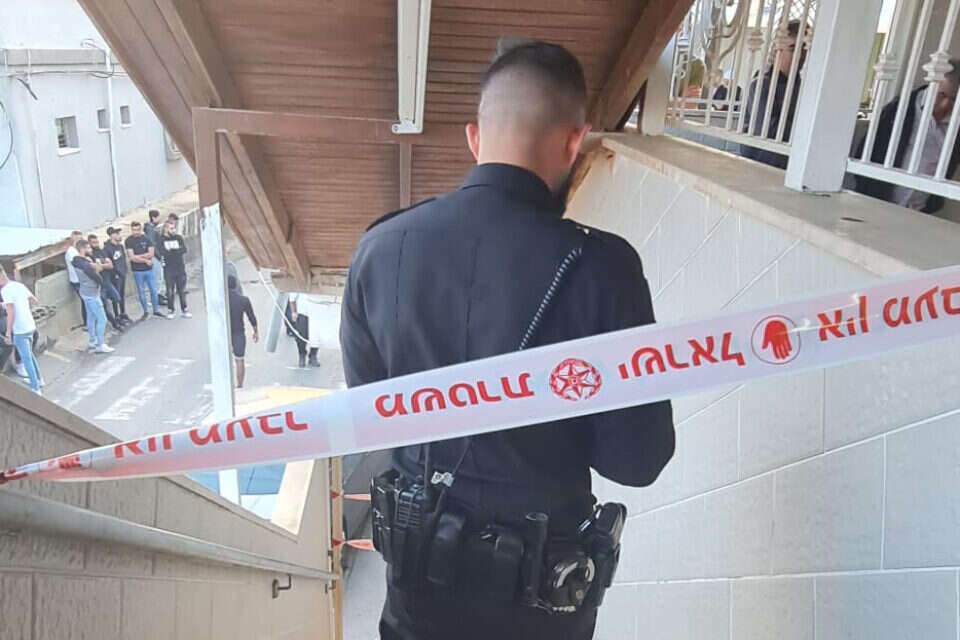 The central unit of the Northern District Police today (Thursday) deciphered the brutal murder of Rasha Sitawi in the village of Maghar, who was killed in three gunshots from range 0 in front of her 10-year-old daughter on the day of the international fight against violence against women.

The Central District Attorney's Office this morning filed a serious indictment against the suspect, 32-year-old Nidal Dagar from Kfar Rama.

It is estimated that Sitawi's divorced family is behind the murder order.

According to the assassin, Nidal Dagar, 32, from the village of Rama, surprised 30-year-old Sitawi, who at the time was sitting with her daughter in their home, shot at rest and even confirmed killing afterwards.

Dagar is a soldier of the Abu Latif crime family, he was previously convicted of trafficking in weapons and received 14 months in prison.

The investigation began after a report was received of a woman who was fatally wounded by gunfire at her home in the village of Maghar.

After resuscitation attempts the medical staff was forced to determine the death of the deceased in her home.

Police forces arrived at the scene, closed the arena and began carrying out preliminary investigative actions, at the same time special police forces, a mobile laboratory, the identification units and the Northern District Command were called to the scene.

A team of investigators from the Northern District Police homicide unit collected cameras and collected dozens of testimonies, from which it emerged that the killer arrived in the village of Maghar riding a scooter he had purchased the day before, stopped near his mother's house, climbed the stairs and entered with a gun.

The deceased begged for her life and tried to hide behind her 10-year-old daughter thinking that the killer would not hit the girl, but he shot the mother three shots from short range and killed her.

A killer fled the scene to a hiding place until he was captured and arrested by Northern Sgt. Detectives about a week after the murder.

About a week after the murder in the evening, Northern District Police detectives captured Dagar at a wooded exit in the village of Maghar after collecting his scooter which he apparently hid there immediately after the murder.

The 32-year-old Dagar was arrested and after intensive investigative work, police investigators gathered enough evidence which he passed to the Northern District Attorney's Office who this morning filed a serious indictment for murder through the prosecution Idit Amir and Marina Rosenfeld in the Nazareth District Court.

Northern District Commander, Superintendent Shimon Lavie: "The success of Central Unit investigators in gathering enough evidence today leads to a serious indictment against a brutal murderer who kills her mother in front of her little daughter, proving once again our hard work and commitment to solving crimes in Arab society using all available means. ".

Following a dispute over renovations: A 51-year-old suspect who tried to electrocute and strangle his partner - Walla! news

Shock and heavy mourning in the village of Cana following the death of the girl from stray gunfire: "She was shot while studying for the test" - Walla! news

The attack in Haifa: "The girl went out to stab following her partner, who was shot in a similar attempt" - Walla! news

The detention of the suspect in the attempted murder of his sister in Lod has been extended: "He was with another person" - Walla! news

Suspected murder: The nephew of retired Chief of Staff Jamal Khachrush was shot dead in the village of Kanna - Walla! news