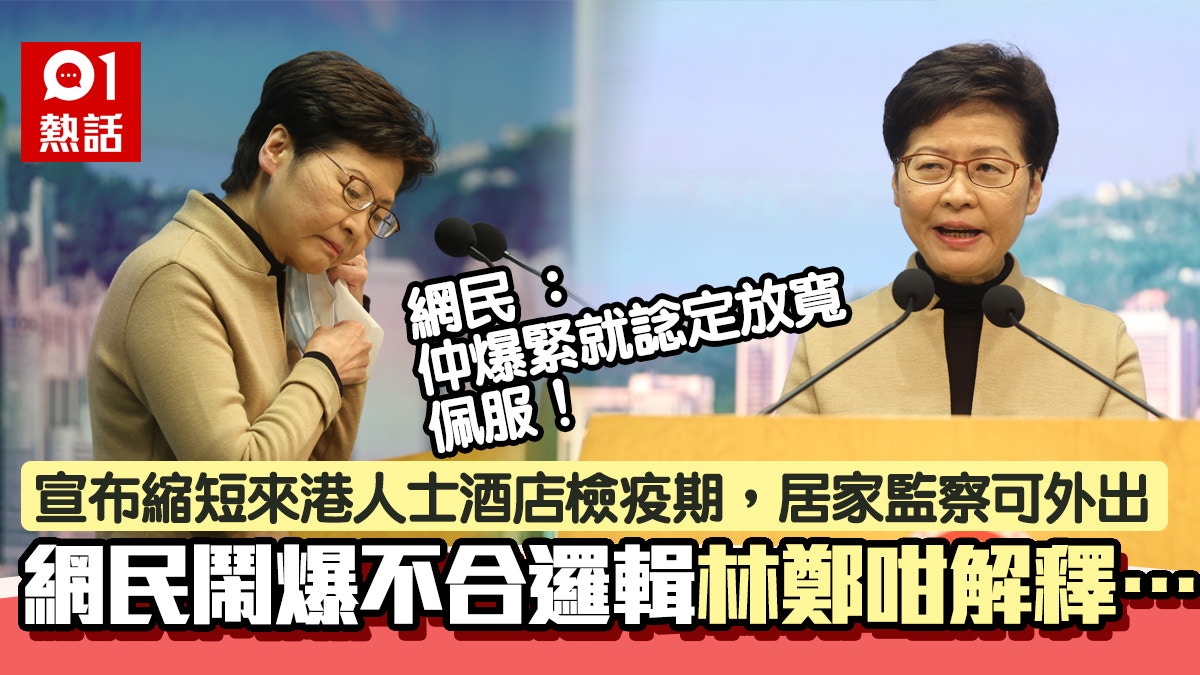 [Epidemic Prevention Measures/Social Distancing Measures/Omicron/Hong Kong Epidemic] The COVID-19 situation in Hong Kong is severe. Today (January 27), there were 164 new confirmed cases in Hong Kong, a single-day high since the epidemic in 2020. Among them, 116 were local cases, 12 The source of the case has not been found, and about 100 other cases have been initially confirmed.

At 5:30 p.m., Chief Executive Carrie Lam announced the latest epidemic prevention measures. In addition to the ban on dine-in at restaurants, social distancing measures and the suspension of face-to-face classes in all schools for two weeks, he also announced the expansion of the "vaccine passport" and shortened the number of people coming to Hong Kong. The hotel quarantine days, and the closure of Zou Yat Kwai House, Ying Kwai House and Xia Kwai House in Kwai Chung will be released as scheduled.

As soon as the news came out, it caused a heated discussion. Many netizens criticized the illogical approach of reducing the hotel quarantine period for those who came to Hong Kong for a short period of time.

However, Lam Cheng Yuet-ngor added that she hoped that residents in the "next 10 days and 8 days" could stay at home and reduce going out. She also thanked the residents of Kwai Chung Village for their efforts. If you have any special difficulties, you can make inquiries to the government, such as labor issues from the Labour Department.

Carrie Lam said that the current ban on dine-in and social distancing in the evening market has been extended to February 17. During this period, all large-scale and crowd gathering activities will be suspended. The Sixth Council will extend the suspension of face-to-face teaching in all schools in Hong Kong for two weeks until February 21.

Carrie Lam said that the current entry restriction measures for 8 countries will be extended for two weeks to February 18, and starting from February 5, the number of quarantine days for arrivals in hotels in hotels will be adjusted from the current 21 days to 14 days plus 7 days. Home self-monitoring, during the period of home self-monitoring, "you can go out", and mandatory virus testing is required for two days.

Lam Cheng Yuet-ngor said that the scope of application of the "Vaccine Pass" will be expanded, and an updated version for safe travel was also launched today, showing the vaccination record.

Netizens criticized: Zhongbao decided to relax when he was tight, and admired

Many netizens have watched the live broadcast of the press conference, in order to pay attention to the extension of the epidemic prevention measures for 14 days. Customs clearance?", "Breakthrough = shortened isolation", "It will take 14 days if the explosion is colorful, and it will take 21 days if you only need to import cases earlier", "When it's very tight, I will relax and admire it."

In response to reporters' questions, Carrie Lam explained that the decision was made based on science, "because the incubation period of omicron is relatively short."

However, some netizens questioned, "Hong Kong and the family are very tight on Delta, so we should extend the first time."

Do not wear a mask Carrie Lam: Citizens want to feel my emotions Netizens 11-character criticism: Does the chief executive have privileges?

Study reveals how high the mortality rate is for the flu!

6 Sequelae can affect work at any time Kwai Chung Village Lian Dengzai diagnosed with Omicron sighs that it is much more serious than a fever and a cold: sore throat, an increase of 164 confirmed cases, a single-day high, 20 major symptoms of Omicron infection!

Be careful with pain in 2 parts 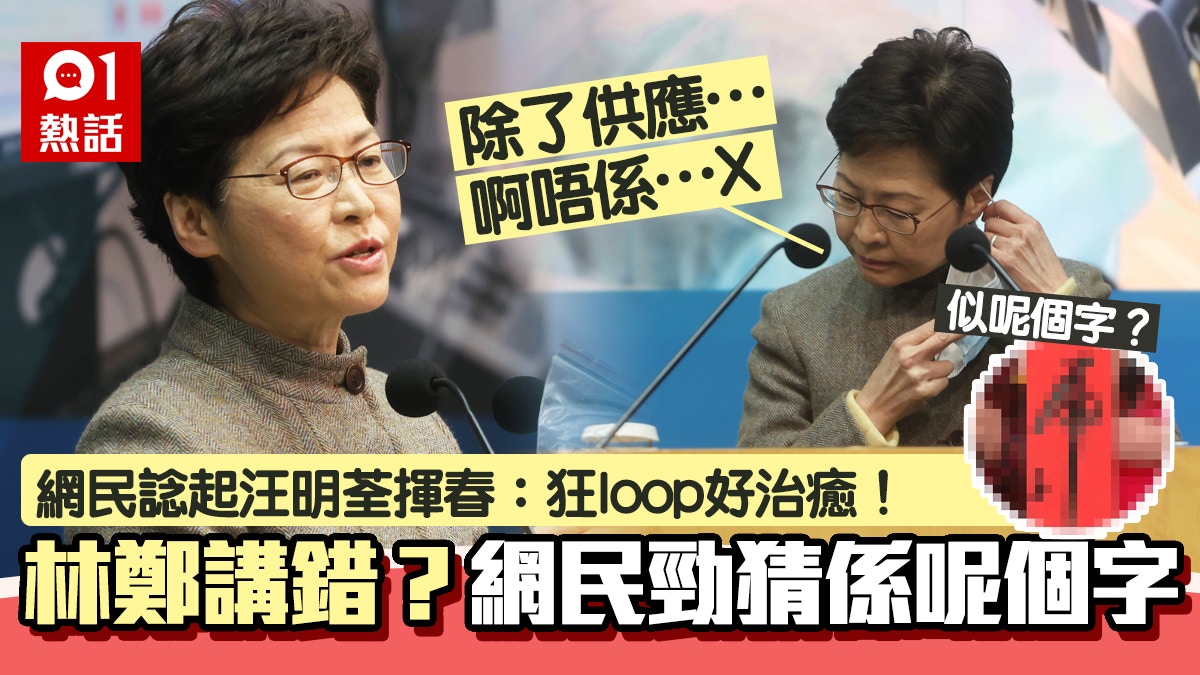 Carrie Lam's press conference suspected of misrepresenting the word "X". Netizens heard it as foul language: Wang Mingquan is the word for "tiger"? 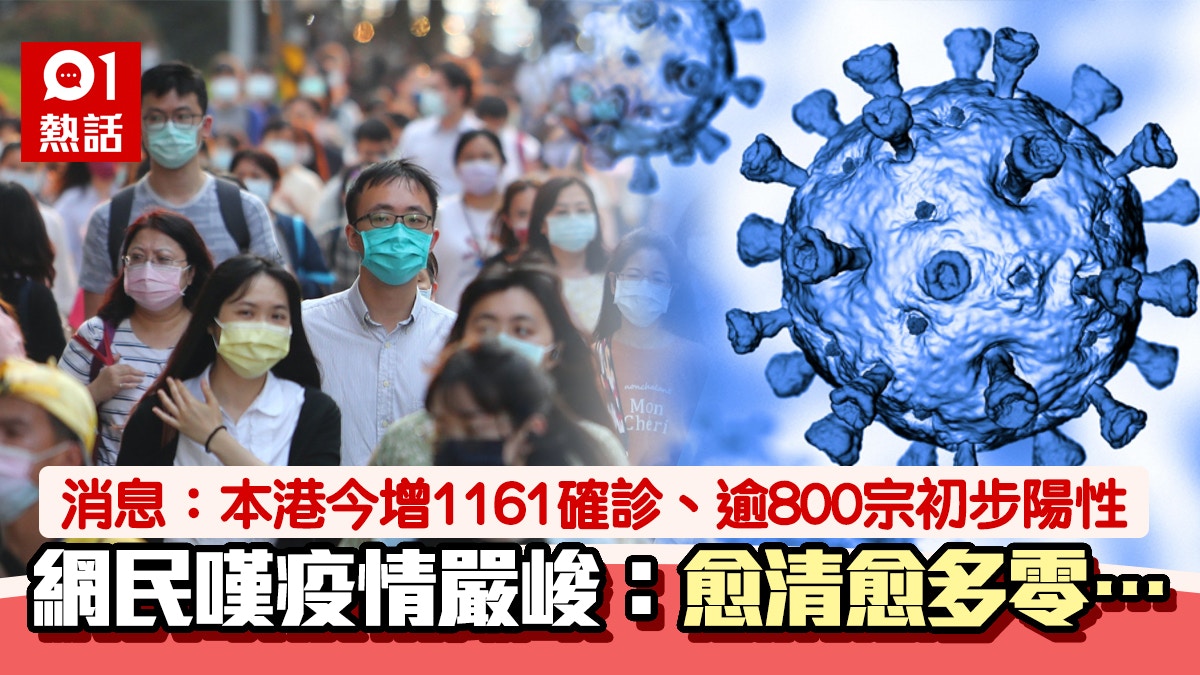 The news indicates that today's increase of 1161 confirmed diagnoses hit a new high in a single day! Netizens lament the seriousness of the epidemic: the clearer the more 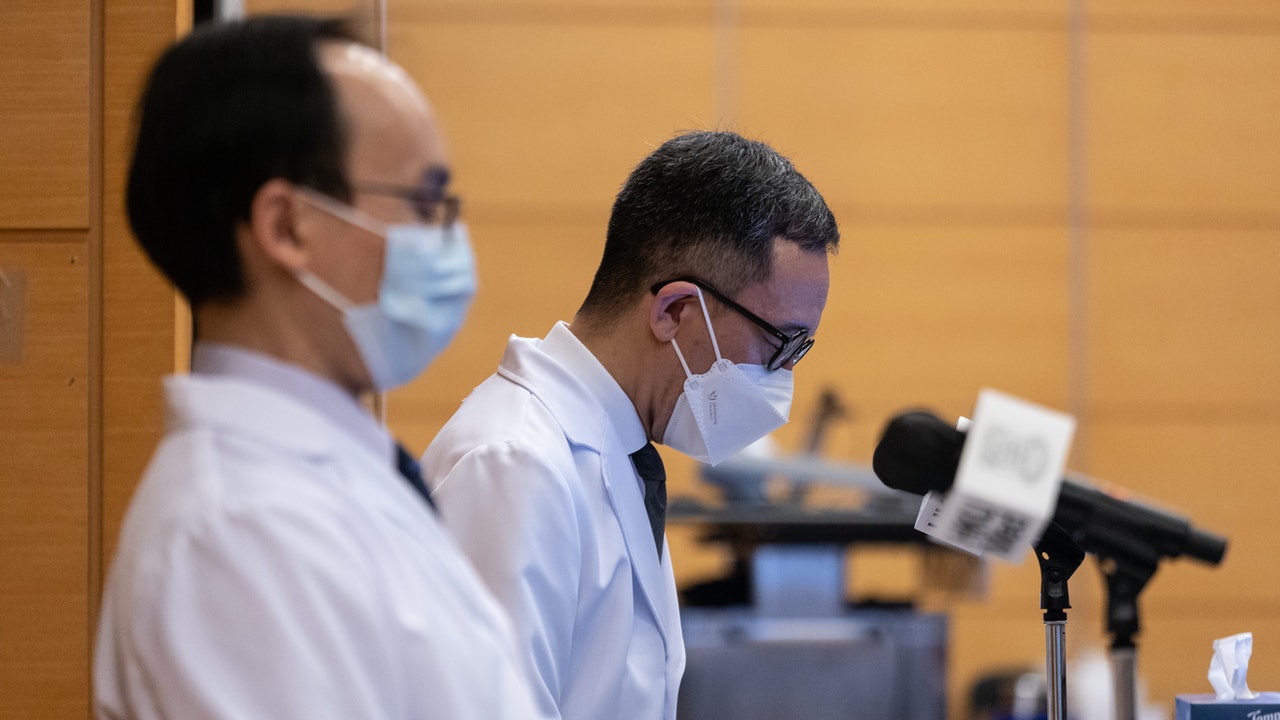 epidemic. Live | The University of Hong Kong estimates that 4.4 million people have been infected and should choose to clear or go to endemic diseases 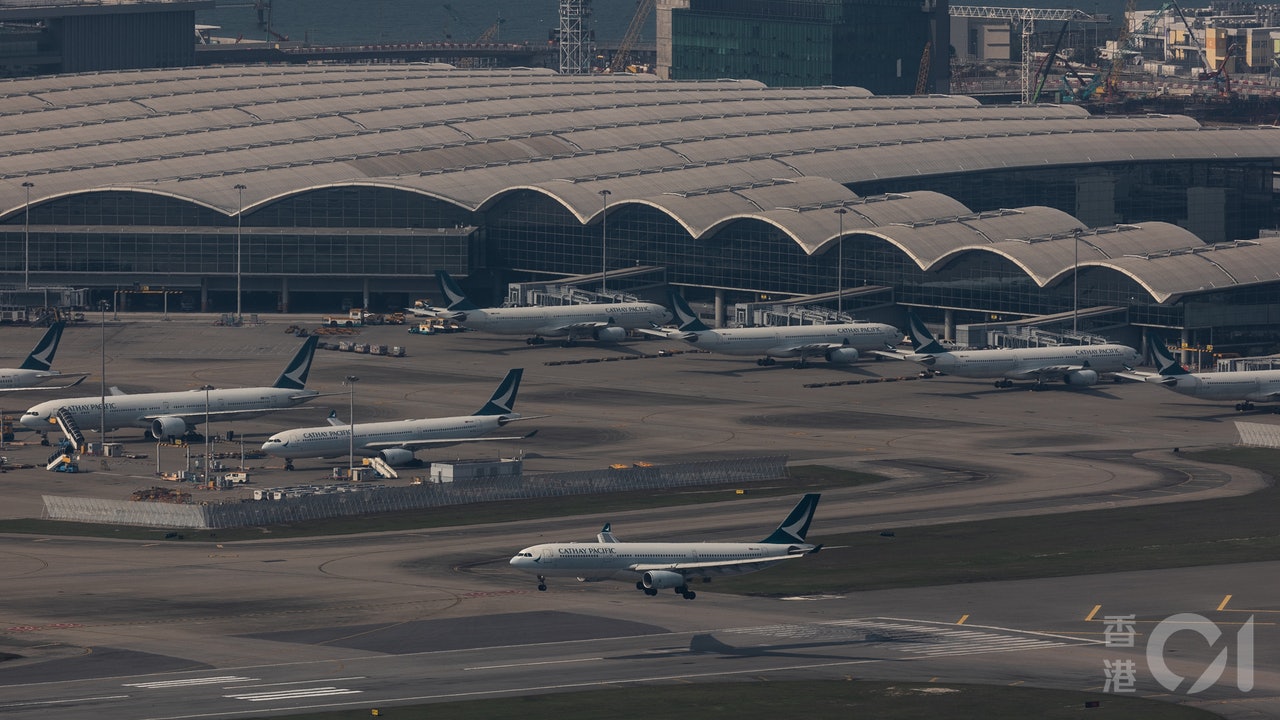 Test pending｜Arriving in Hong Kong from 5.9, take a quick test at the airport and return to the hotel to wait for the nucleic acid result 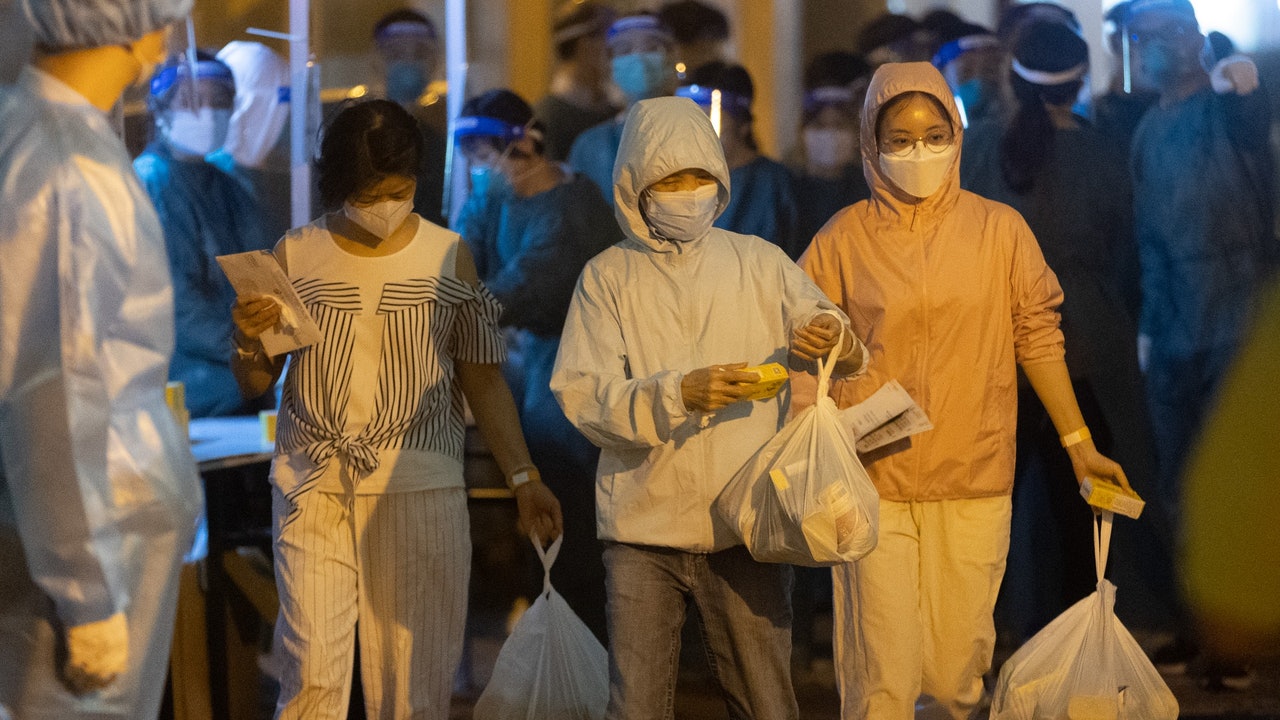 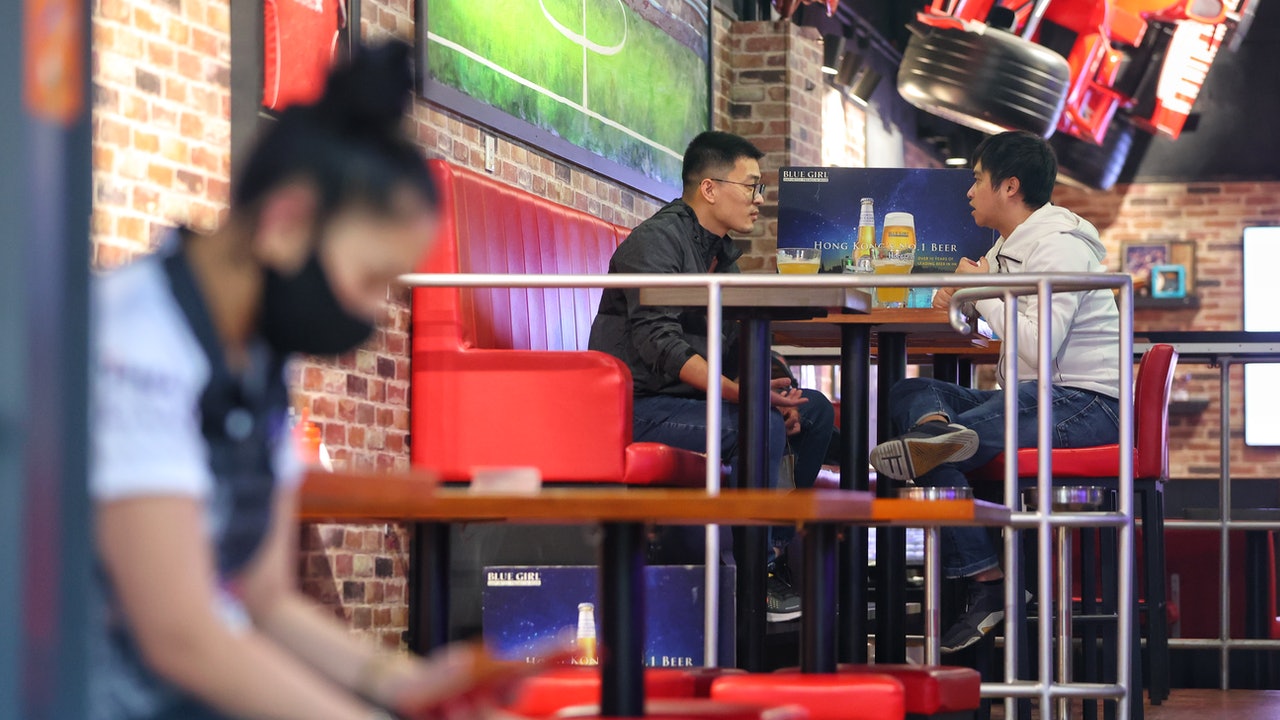 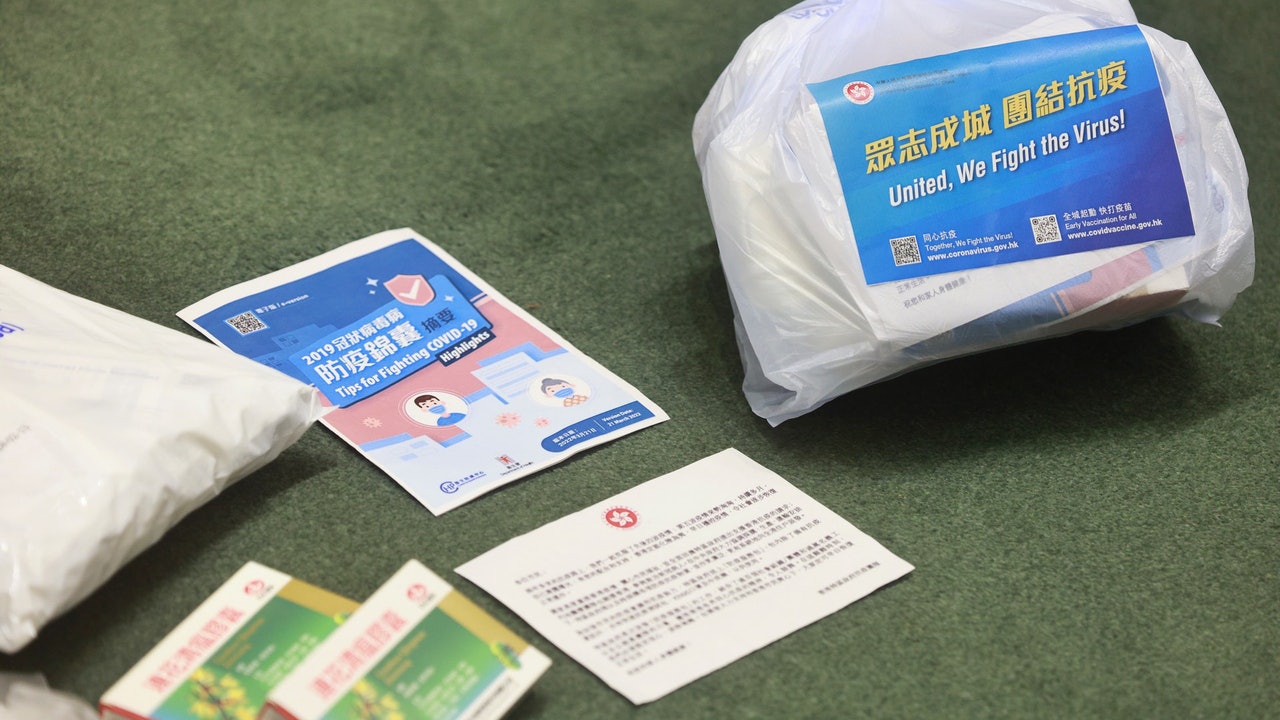 epidemic. Latest | The government will send epidemic prevention kits from now on, Sanwu buildings and subdivided housing households will be the first to receive them