Mad cow disease (BSE) and the resulting Creutzfeldt-Jakob disease in humans were a big topic in the 1990s.

Creutzfeldt-Jakob disease, which has also been rampant in Bavaria since 2000, was first discovered in Forchheim.

Without treatment, it always leads to death.

Forchheim – The first cases of Creutzfeldt-Jakob disease (CJK) were confirmed in the Upper Franconian city of Forchheim, reports

CJD can be diagnosed by sudden onset of dementia or restricted mobility.

This is what happened in November 2021 in the case of illness by the health department of the Forchheim district.

According to the Robert Koch Institute (RKI), 78 people in Germany were affected by the rare brain disease in 2018.

Converted, this would correspond to one person per million inhabitants.

For these people, the diagnosis was a death sentence, because there are neither treatment nor vaccination options - "the disease always leads to death," according to the RKI.

Creutzfeldt-Jakob in Forchheim: There are several possibilities of infection

There are three possible forms of transmission, including contagion and inheritance.

According to the RKI, infection is extremely rare.

In the present case there is nothing to suggest either of those two possibilities.

Cases have also been documented during brain surgery with insufficiently prepared materials, treatments with growth hormones or through the transplantation of human meninges or cornea.

Since 1985, however, the production of growth hormones has no longer been a risk because they are genetically produced.

Stricter requirements were also created for the processing of human meninges and corneas.

In addition, according to the RKI, safety recommendations for the processing of medical devices have been developed.

In the Forchheim case, the assumption is classic CJD and a connection with the BSE cattle disease in Great Britain is ruled out.

The disease appeared to be accidental.

According to the district office, a final diagnosis can only be given after a brain biopsy.

The new variant vCJD is due to the consumption of BSE-contaminated meat.

According to the RKI, the disease can only occur years or even decades later.

The deadly protein accumulates in the brain and spinal cord of the animals and is thus transferred to food – milk and milk products are excluded.

"Cases of vCJD cannot be ruled out in Germany either".

As of summer 2018, according to the RKI, there has not been a vCJD case in Germany.

In Great Britain, on the other hand, the risk is significantly higher.

Most of the 200 registered cases worldwide (since 1995) have been recorded in Great Britain.

The BSE variant is nevertheless rare and, according to the current state of knowledge, several parameters must be available for the outbreak.

According to the RKI, all those affected have died in the meantime.

People who stayed in Great Britain for a total of more than six months between 1980 and 1996 or who have had an operation or blood transfusion there since 1980 are currently excluded from donating blood in Germany.

The reason is that transmission through blood transfusions is conceivable and has already occurred in individual cases.

The trigger for the disease is believed to be feeding animal meal from contaminated cattle and sheep carcasses.

The first BSE case in Bavaria was only confirmed in 2000, while in Great Britain the epidemic was particularly rampant in the late 1980s and early 1990s.

"Since 2001, there have been special requirements for the processing of cattle so that potentially contaminated parts of the animal do not get into the food chain.

This led to a drastic reduction in BSE cases in the EU.

The last BSE case to date was detected in Germany in 2009,” according to the RKI. 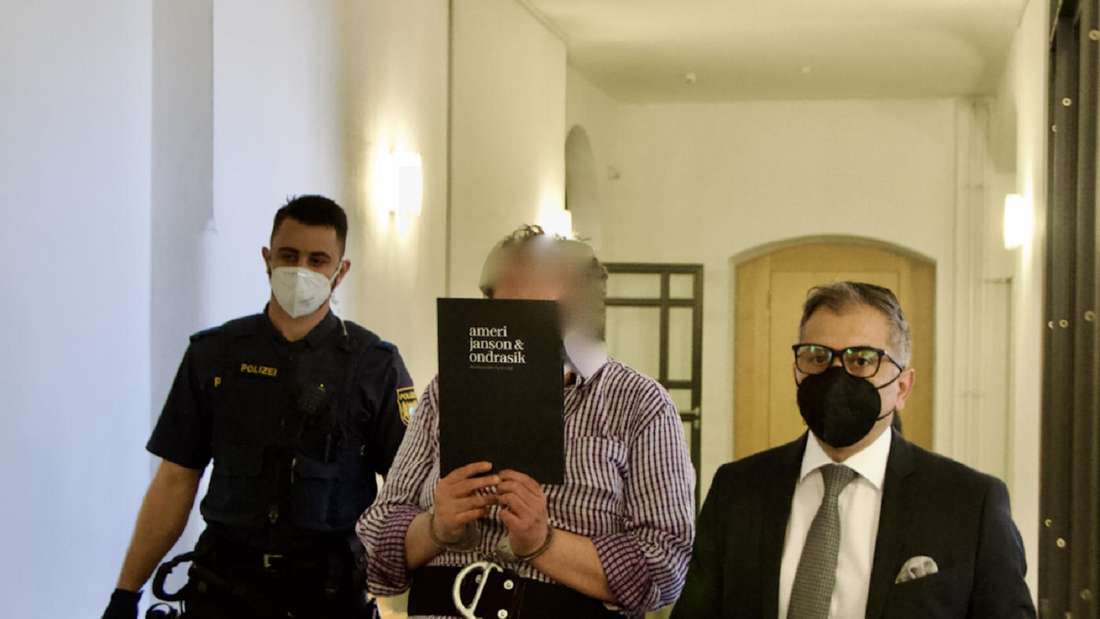 Suspended sentences for Bromme and Kreidl Convicted Wiesn host: Does he have to give up his gastro license? The city is announcing the first details

Convicted Oktoberfest host: Does he have to give up his gastro license? The city is announcing the first details Savings bank affair: Will the penalties for Bromme and Kreidl remain?