Holocaust: What Happened at Auschwitz

On January 27, 1945, Red Army soldiers reached the death camp. Gradually, the dimension of horror opened up to them. 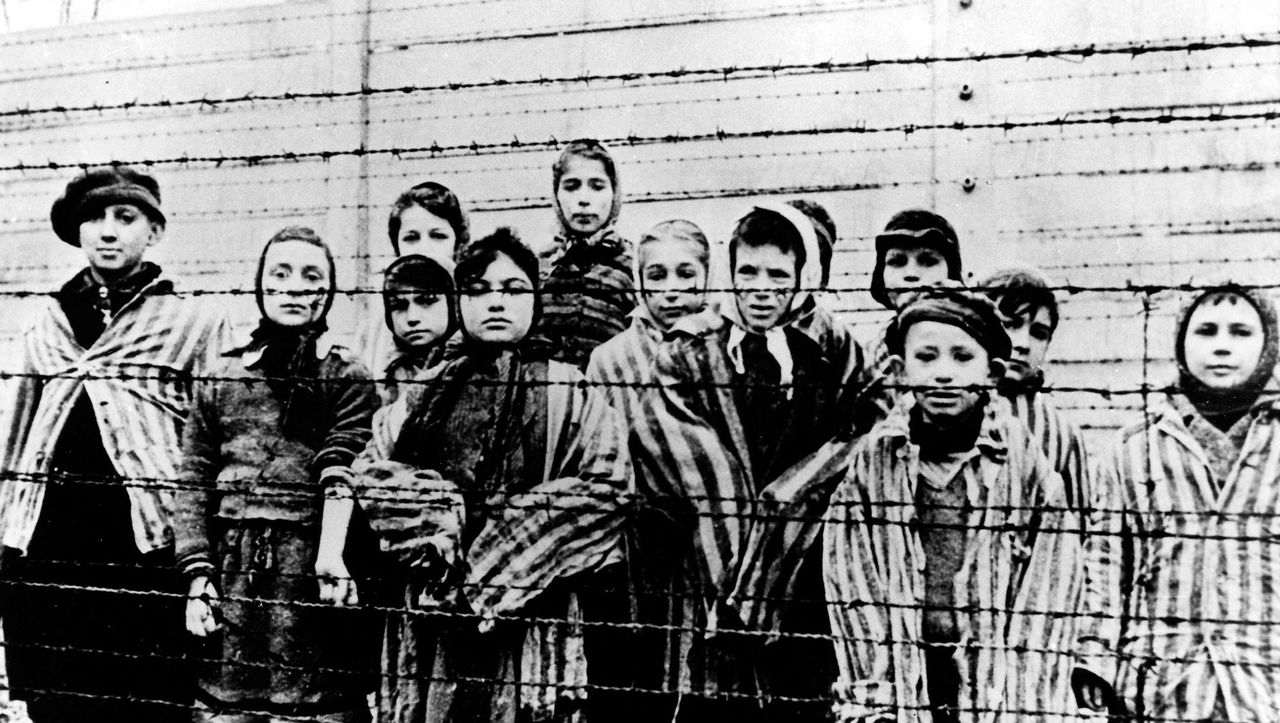 Synonymous with the Holocaust.

A unit of the Red Army, coming from Kraków, reached Auschwitz in the early afternoon of January 27, 1945.

The first pictures of the Soviet air reconnaissance showed them that there was an important target here.

It was well known that the National Socialists operated concentration camps.

However, the soldiers were not prepared.

The soldiers found about 7,000 survivors, emaciated prisoners and 600 bodies.

The survivors were completely exhausted.

Only a few were left behind by the SS to flee.

Auschwitz was evacuated only days before the liberation.

About 58,000 prisoners were forced west on death marches.

Thousands died in the cold or were shot.

The SS wanted to remove the traces of mass murder.

Months beforehand, barracks had been set on fire, camp documents destroyed, and the gas chambers and crematoria in Birkenau blown up.

After the liberation there was no time to bury the dead.

It was about rescuing the survivors, the sick, the nearly starved and nearly frozen to death.

The Polish Red Cross and the Soviet medical service took care of it for weeks and months.

Even in the weeks after the liberation, many emaciated prisoners died.

The victims were political prisoners, prisoners of war, homosexuals, Sinti and Roma and above all Jews from almost all over Europe. They were deported to Auschwitz by train. The selections took place at this ramp directly after arrival. Here it was decided - forced labor or immediate death. Old people, children, the sick, pregnant women and mothers with small children were murdered in the gas chambers.

"The worst was when we heard rumours. When we asked why we couldn't see anyone from our family that the Germans had separated us from after our arrival. And then we found out the truth. We were told "Don't you see the smoke rising?" What should we think? Maybe it's from the kitchen, maybe from the laundry. We didn't think for a moment about crematoria. And then I said to myself: "What else is worth living for? even if the war were over?"

Auschwitz consisted of the main camp Auschwitz I, Birkenau (Auschwitz II) and Monowitz (Auschwitz III). The liberators only gradually became aware of the dimension of this death machine. They found supplies of Zyklon B, which was used to kill in the gas chambers - and the gas masks that the killers wore. The first experiments with Zyklon B were carried out as early as 1941 - the systematic gassing began in Birkenau in 1942 - at the same time a master plan by the SS leadership and high-ranking government officials for the extermination of European Jews was being discussed in Berlin.

The blueprints showed the architecture of evil.

The repulsive perfectionist planning of the gas chambers and crematoria.

The Nazis forced Jewish prisoners to break out the gold teeth of the corpses immediately after the gas chamber.

The dental gold was melted down directly in the crematorium and sent to the Reichsbank in Berlin.

"I remember that one of them was an SS corporal who worked as a dentist in Auschwitz, where there was a dentist's station. He worked there. He was killed at the German-Swiss border at 15 kilos caught gold."

In February 1945, the Soviet special commission in Auschwitz began gathering evidence for the war crimes trials.

Also with documents such as the construction plans.

The concentration camp facilities had been continuously expanded.

In order to be able to murder even more Jews, they developed special crematoria with increased incineration capacity.

Until the very end, the SS murdered so frequently that the gas chambers and crematoria were overloaded.

Many corpses were additionally cremated in pits.

Prisoners from the so-called special units had to burn the corpses in the ovens of the crematoria.

One of the most terrible tasks in the concentration camp.

"You put the corpse on the stretcher, then on the rollers and push it into the oven. And there was a guy who had a kind of fork, but a long one, this thick - like this wire . She ended up being parted and he slipped her through the crotch. Why? So the legs don't stick out so you can close the doors."

The killing happened day after day.

Behind the number of deaths people disappeared, their dignity, their history, their uniqueness, their right to live.

In the eyes of the SS, Auschwitz was the model for concentration camps: exterminating people and exploiting them to the maximum.

Those who were not immediately gassed were registered, showered, shaved, tattooed with numbers, put in barracks and had to do 12 hours of hard labor every day in the industrial complex.

The German group IG Farben had built a factory here.

Auschwitz was a slave labor market.

The Nazis collected the wages for this.

The concept was "annihilation through work".

Those who were too weak were gassed and replaced by newly arriving prisoners.

Those who survived here for three or four months were already among the older prisoners.

Every victim was consequently exploited to the last.

Their suitcases and belongings, which were taken away from the people as soon as they arrived, were found in the magazines.

The things were sorted and then recycled in Germany.

The legacy of the victims.

Most of those who arrived in Auschwitz had their hair shaved.

The living and also the dead.

Seven tons of human hair were also found, sorted and packaged, estimated to come from 140,000 women.

The women's hair was processed into yarn or into industrial felts.

There were precise instructions for this from the SS Economic and Administrative Main Office.

Deadly barbed wire fences charged with high currents of up to 2,000 volts secured the hell of Auschwitz.

There was only one major prisoner uprising in October 1944, in which a crematorium was partially destroyed, but it failed.

Everyone involved was killed.

It later became clear that only a very few survived.

Because the SS immediately murdered the children who arrived in Auschwitz in the gas chambers.

With the exception of the children who Dr.

The "Angel of Death of Auschwitz" particularly tormented twins.

Soviet doctors found the number stamps, extra small ones for the children.

Among the surviving tortured children of Auschwitz was Vera Kriegel Grossman.

"At the end of the barracks there was a cage, like an animal cage, in which monkeys, rabbits, I don't know, animals were put. Undress, sit down". My mother, we - my sister and I - and another pair of identical twins, a little older than us - maybe ten years old. For about two weeks Mengele and his team came by to give us injections in the back and injections in the spine. From those injections we got terrible symptoms, vomiting and high fever, and of course it was terribly painful. And it was forbidden to cry. Whoever cried was beaten. No crying. You become a stone."

Soviet coroners, on behalf of the prosecutor's office, examined many of the bodies to determine the causes of death for the prosecution.

After the crematoria and gas chambers had been blown up, the SS dug mass graves.

Instead of gassing, they were shot, hanged, and poison injected.

Most, however, starved to death.

The faces of the survivors reflected the immeasurable suffering.

Much later, survivors describe that although they left Auschwitz, Auschwitz never left them.

In all, the Germans killed about six million Jews in the Shoah.

Despite the threats to their lives, Muslims from Israel will participate in the "March of Life" | Israel today

President of the Bundestag in the Knesset: "We will not be perceived how much we have destroyed and murdered" - Walla! news

Live: The March of Life in Poland Israel today

Experts: The stamps offered for auction were not used to tattoo Jews in Auschwitz - Walla! news 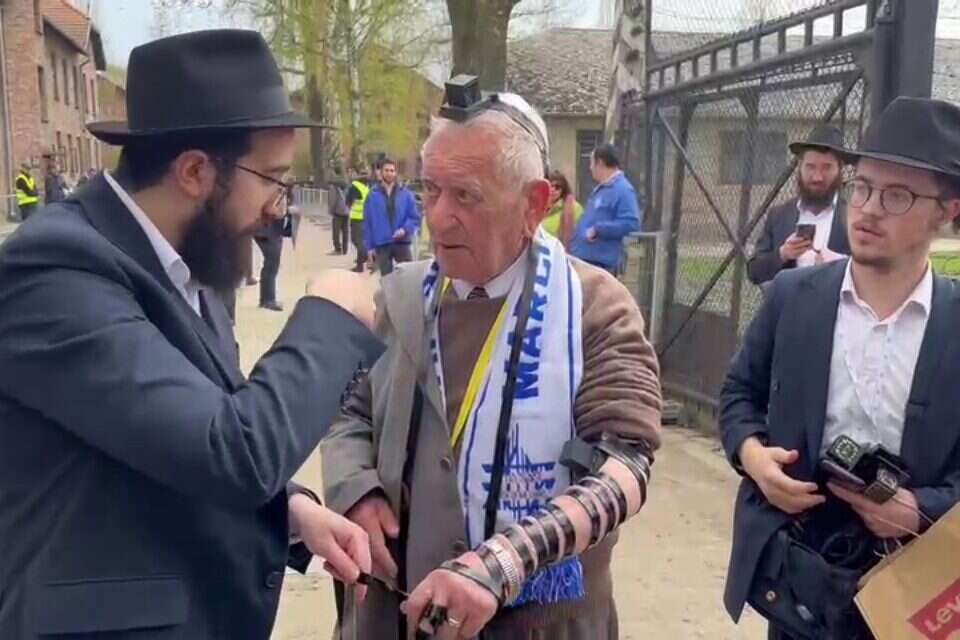 This film tells the story of the heroism of inmates in Auschwitz, but it is also very brave - Walla! culture 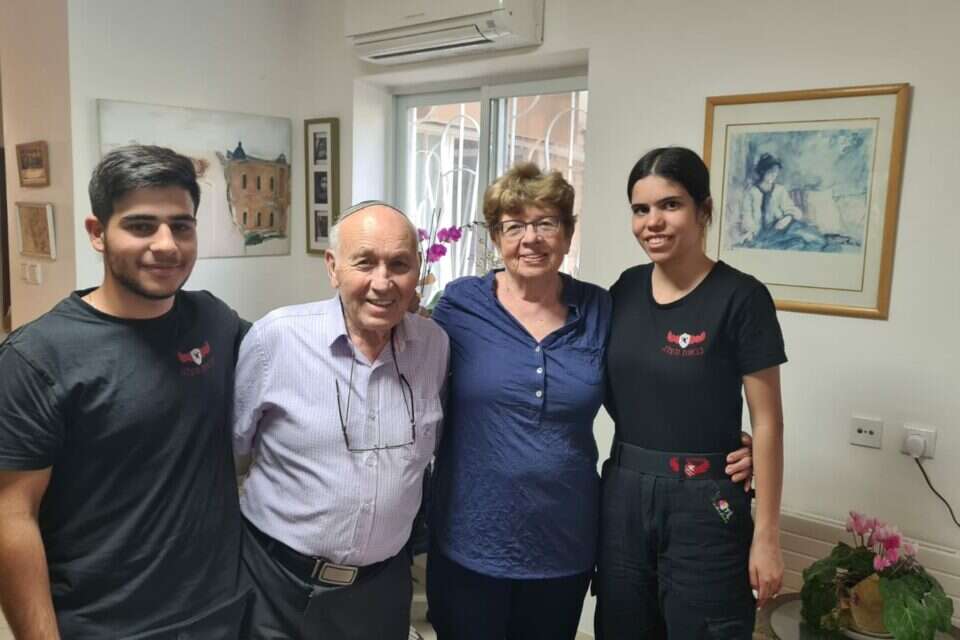