Russian and Ukrainian negotiators agreed that a permanent ceasefire in eastern Ukraine should be observed "unconditionally". 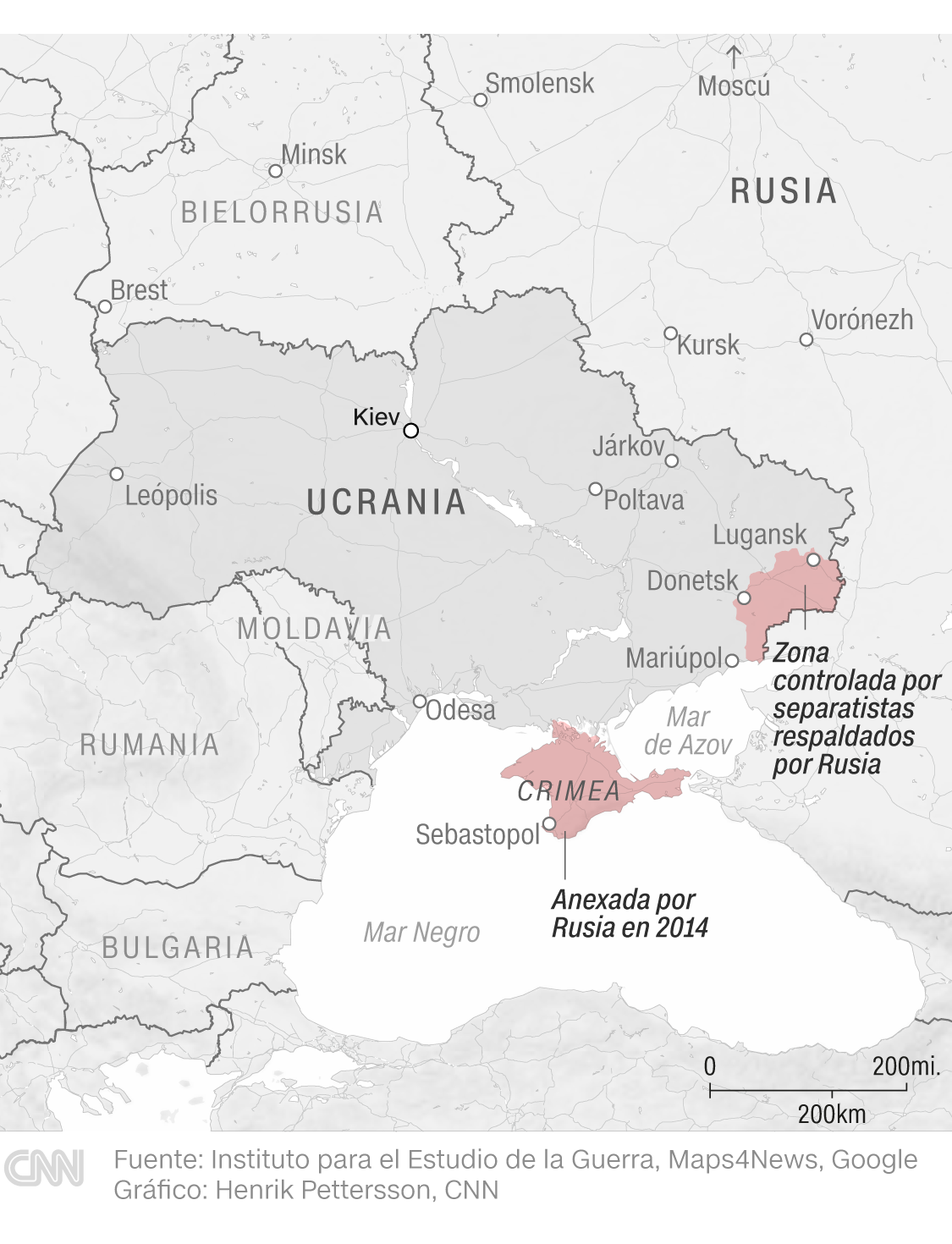 Blinken confirms that the US gives diplomatic document to Russia 7:09

Russian and Ukrainian negotiators have agreed that a permanent ceasefire in eastern Ukraine should be observed "unconditionally" after hours-long talks in Paris on Wednesday.

The announcement came after a meeting at the Elysee Palace of the so-called Normandy Format -- a four-way talk between representatives of Ukraine, Russia, Germany and France -- which has been trying to broker peace in eastern Ukraine. since 2014.

Tensions between Moscow and Kiev are at their highest in years, with a large Russian troop build-up near the shared borders of the two former Soviet republics, raising fears Russia could launch an invasion.

After Wednesday's meeting, Moscow's chief negotiator Dmitry Kozak said the ceasefire must be respected "unconditionally" but that many other issues in eastern Ukraine remain unresolved.

Western officials continue to push for a diplomatic solution to tensions by fully implementing the Minsk accords, a ceasefire protocol signed by Ukraine and Russia in 2015.

"We agreed that, regardless of the various discrepancies in the Minsk agreements that exist between Ukraine and the Donetsk and Luhansk regions, the truce in Donbas must be unconditionally observed," Kozak said.

Ukrainian negotiator Andriy Yermak said that all sides were in favor of a permanent ceasefire and that Ukraine was ready to negotiate at all hours to avoid war and reduce tensions on the border.

Yermak called the resumption of the Normandy Format talks -- first held after Russia's invasion of Crimea in 2014 -- a "very positive sign" and the first such substantive agreement since late 2019.

He called the talks "really substantive, but it's not an easy discussion" and while there are still disagreements, there is interest in working on them.

"The work continues and I can tell you that Ukraine, as always, is ready to negotiate, to meet 24 hours a day. Because for us, for the president (of Ukraine, Volodymyr) Zelensky, for the whole team, the goal of stopping the war, to end the war and to return our territories -- and today that this also includes easing tensions -- de-escalation around the Ukrainian border is the priority," Yermak said.

Kozak and Yermak said talks will resume in about two weeks in Berlin.

Up to 100,000 Russian troops have remained huddled on the Ukrainian border, despite warnings from US President Joe Biden and European leaders about the dire consequences of an invasion ordered by Vladimir Putin.

Russia has repeatedly denied that it is planning an invasion, but has argued that NATO support for Ukraine -- including increased arms supplies and military training -- constitutes a growing threat on its western flank.

Medvedev said that a process of negotiations on security guarantees is the only way to resolve the current tensions between Russia, Ukraine and the West.

"They promised not to expand NATO, but they did not keep the promise," Medvedev said, according to TASS.

"They say that 'we haven't signed anything'. But we all know well who and when gave whom such promises, such guarantees."

Medvedev added: "Everything must be done to avoid any war."

On Wednesday, as the Normandy format began, the United States delivered a written response to Russia's concerns about Ukraine.

Putin's central demand is that the United States and NATO commit never to admit Ukraine to the 30-member defense alliance.

What does Russia require to resolve the crisis with Ukraine?

US Secretary of State Antony Blinken declined to reveal the details presented to Moscow, but said he reiterated the West's public response to maintain NATO's "open door policy".

"There is no change. There will be no change," Blinken said of US and NATO support for the alliance's open-door policy.

"We make it clear that there are basic principles that we are committed to uphold and uphold, including the sovereignty and territorial integrity of Ukraine, and the right of states to choose their own security agreements and alliances," he added.

Blinken said the US response to Russia "lays out a serious diplomatic path forward if Russia so chooses" and outlines areas where the US has said it sees potential for progress with Russia: arms control , transparency and stability. 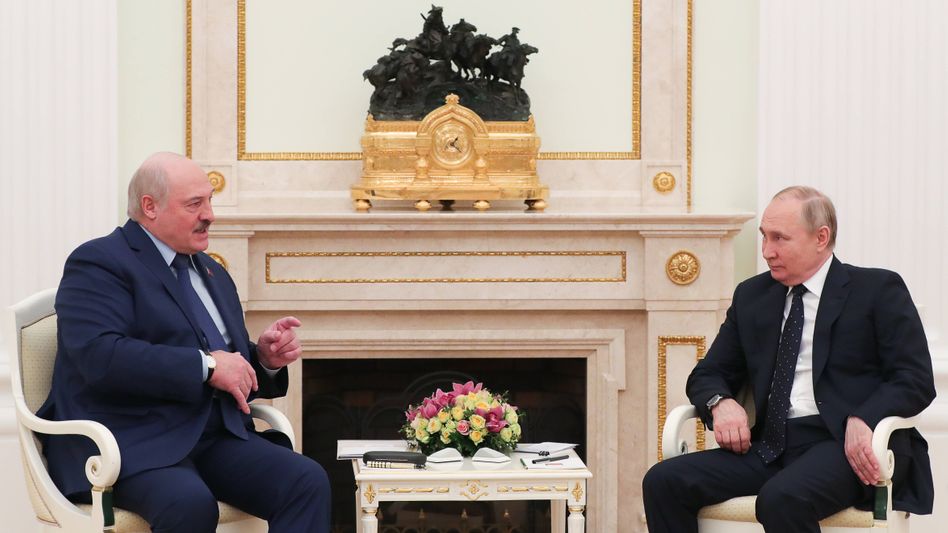 Vladimir Putin speaks of "positive changes" in talks with Ukraine 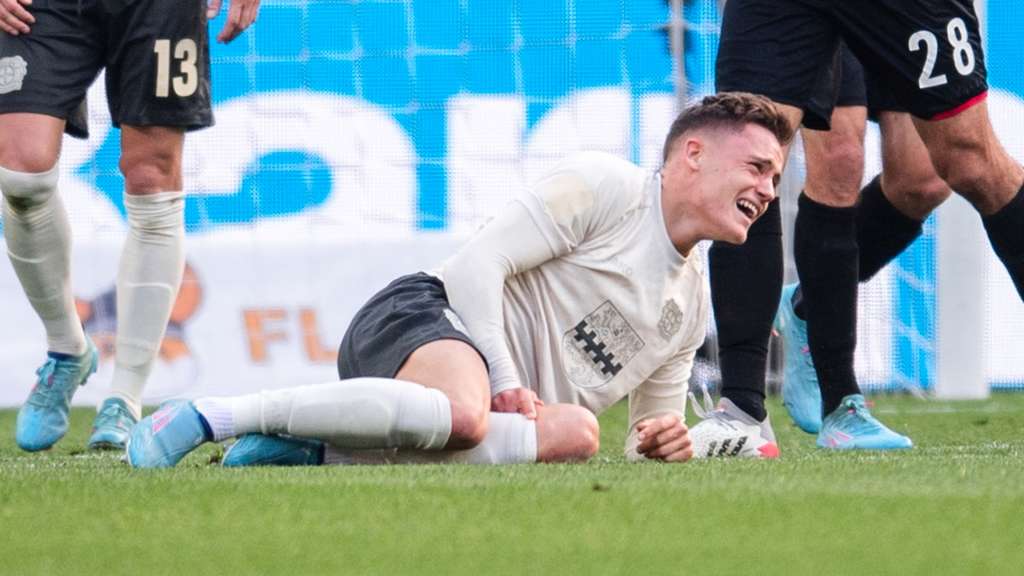 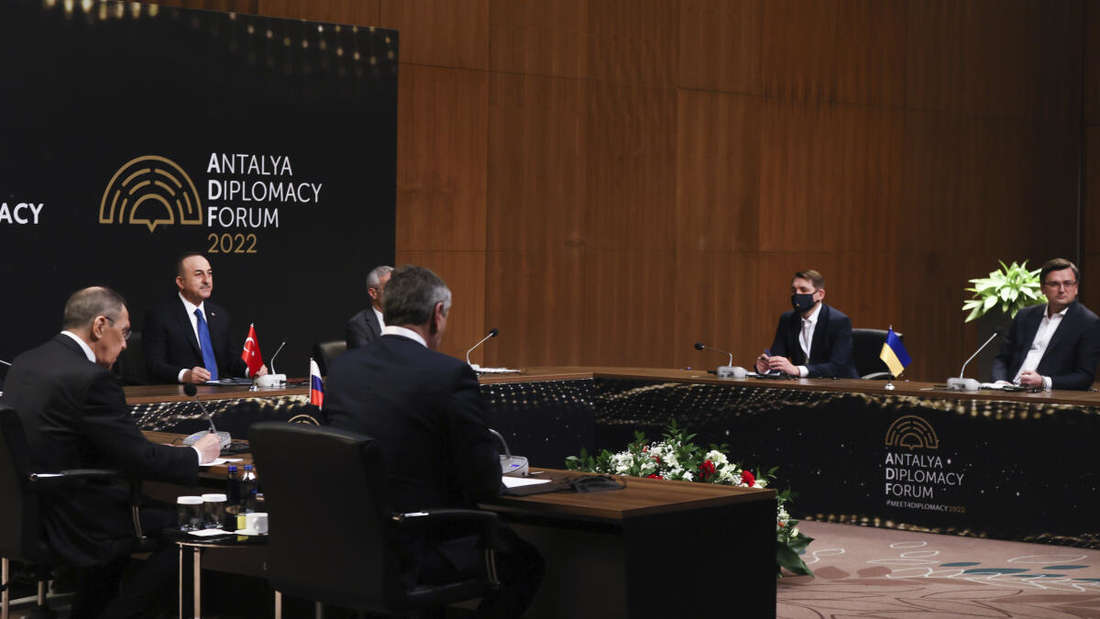 Hopes for peace disappointed: Ukraine and Russia negotiate - but with only one result

Hopes for peace disappointed: Ukraine and Russia negotiate - but with only one result 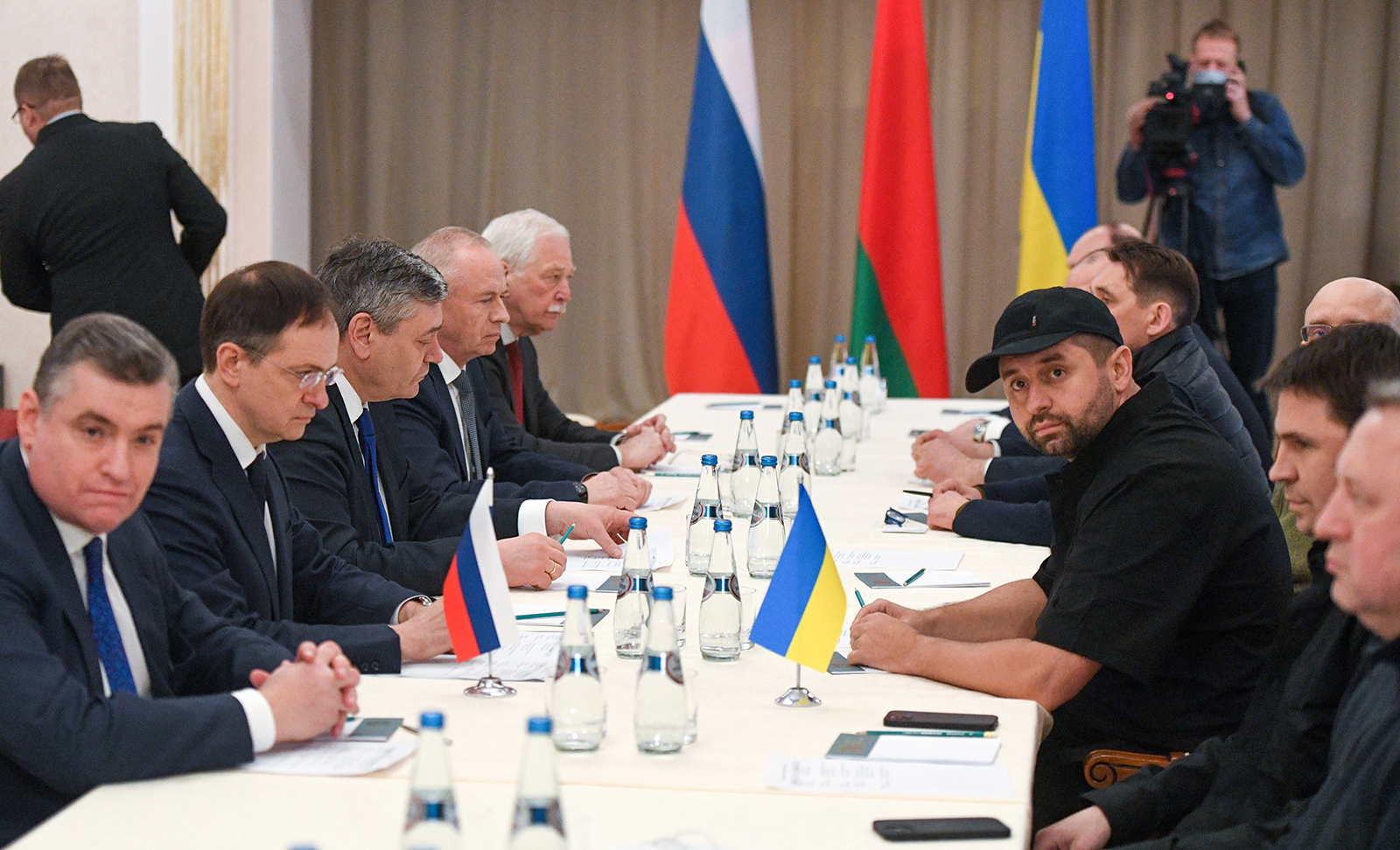 What you should know about the Ukraine-Russia talks so far Ceasefire a long way off: Ukraine negotiations in Turkey without result

Negotiations in the Ukraine War: Personal Conversations in Turkey 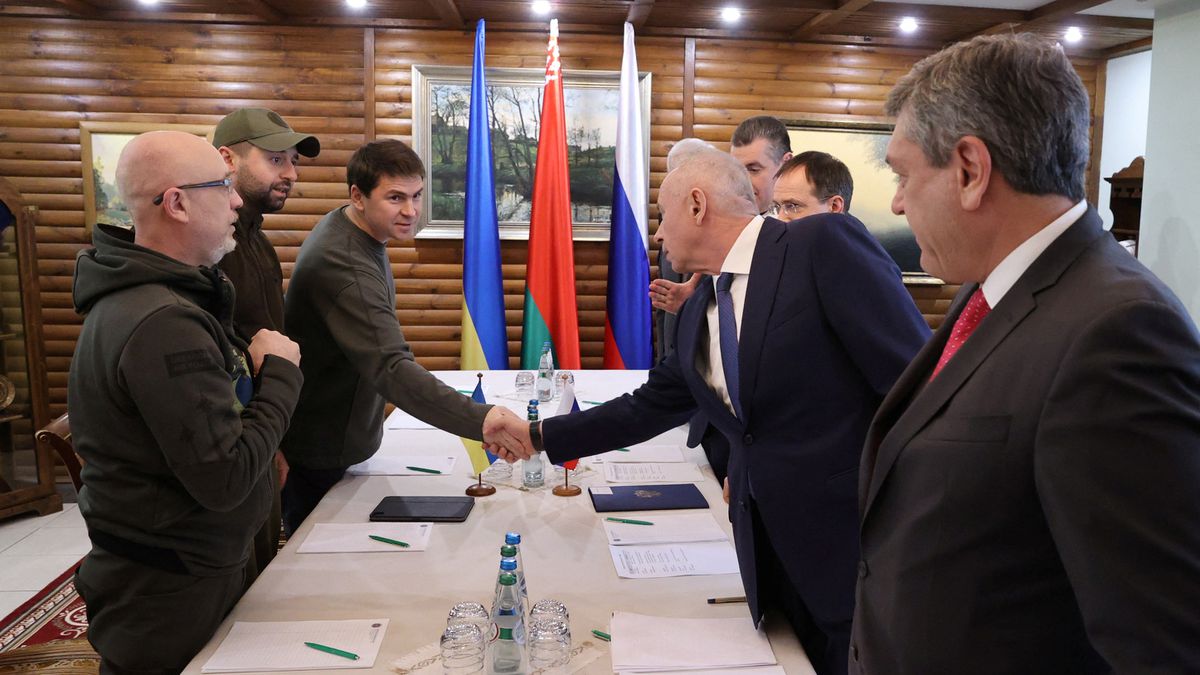