Vaccine Pass｜Lam Cheng: It will cover all indoor places and deny the real-name system for safe travel 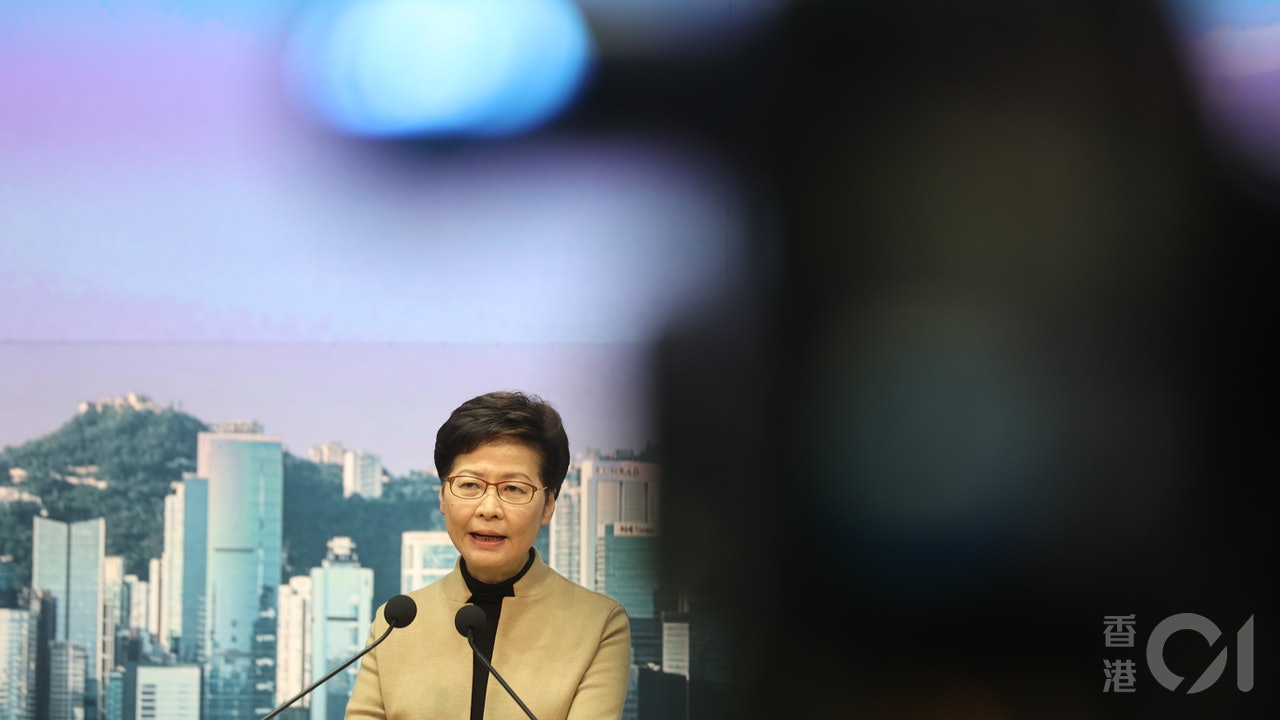 Chief Executive Carrie Lam Cheng Yuet-ngor announced today (27th) evening that starting from February 24th, the vaccine bubble will be greatly expanded and renamed the "Vaccine Pass". To have a "vaccine pass", each bureau is studying the scope of application, and the direction is "covering all indoor premises", and has launched an updated version of safe travel, which will be combined with the injection records and will be processed at the same time when scanning the QR code at the premises.

When asked if Anxin travel is a real-name system in disguise?

Lam Zhengyue-ngor pointed out that the relevant records will only be kept in the mobile phone holder. In the future, if everyone in one location is diagnosed, they will need to follow up. In addition to traveling with peace of mind, they will also follow the vaccination records of the guests provided by the premises.

As for whether the practice is like forcing citizens to get injections, Lam does not agree, explaining that it is only to give those who do not get vaccinated less choice.

The introduction of "vaccine passports" by a large margin does not mean forcing people to get injections, but it will make people who do not get injections, less choices, there is a clear difference... You are choosing under this epidemic situation, for the public interest , you don't have an injection, so you have to accept the consequences, that is, you have a lot of places to go to. There is a big difference between this and forcing people to have an injection.

"Anyway, what can be done indoors, I will do it this time."

Carrie Lam pointed out that increasing the vaccination rate is "our way out", and mentioned that the roadmap and timetable that some people hope to see must be based on a high vaccination rate.

It was announced earlier that starting from February 24th, the vaccine bubble will be greatly expanded, and the name will be changed to "Vaccine Pass". Details will be announced later. The guild will pass amendments to Chapter 599F to expand the listed premises. All people must have it before entering. "Vaccine Pass", currently listed premises cover food and more than ten types of premises, each bureau is studying the scope of application, "but in short, what can be done indoors, this time I will do it." It means that it takes more decisiveness and determination to improve Citizens' willingness to inoculate.

In order to cooperate with the "Vaccine Pass", an updated version of Safe Travel has been launched today, "I have downloaded it myself", which will be combined with the injection record or exemption record, so that when entering the premises, the Safe Travel can be processed at the same time.

Lam Cheng Yuet-ngor explained, "It is not directly related to the real-name system for Anxin travel, because to achieve a practical system, first of all, a real-name system is required for mobile phones."

She pointed out that the relevant records will only be kept in the mobile phone holder, and the Innovation and Technology Bureau explained in the Legislative Council that vaccination records have more personal information than travel with peace of mind. The inoculation records of the guests will be provided through the premises, "It's a form of help, but it's not about turning all safe travel into a real-name system, because it's more complicated."

When asked whether the vaccine pass is compulsory for injections, Lam said, "The introduction of a 'vaccine pass' by a large margin does not mean forcing people to get injections, but it will make people who are not vaccinated and have fewer choices, which is a very obvious difference. "

Carrie Lam: For the public interest, don't give injections, and you have to accept the consequences.

She continued, "I remember someone saying, 'If a person has a choice, you have to accept that there is a consequence', the consequence follows the choice, so you don't do it for medical reasons, you choose it because of the epidemic Now, for the sake of the public interest, you don't want to have injections, and you have to accept the consequences, so you have a lot of places you can't go to. This is the same as coercion and the use of laws to force people to get injections. There's a big difference."

▼1.7 The first night of the ban on dine-in in the restaurant "Jitai"▼

Vaccine Pass｜Lam Cheng predicts that applications for residential care homes for the elderly without injections will not be accepted, hoping that the vaccination rate will reach 90%. The fifth wave of the epidemic has accumulated 30 cases so far. Kwai Building will be "released from prison" the day after tomorrow. Carrie Lam urges residents to stay at home and ban food and drink | Social distancing measures are extended for two more weeks until 2.17. All schools in Hong Kong are closed until 2.21. There are 12 more cases of no-source infection. 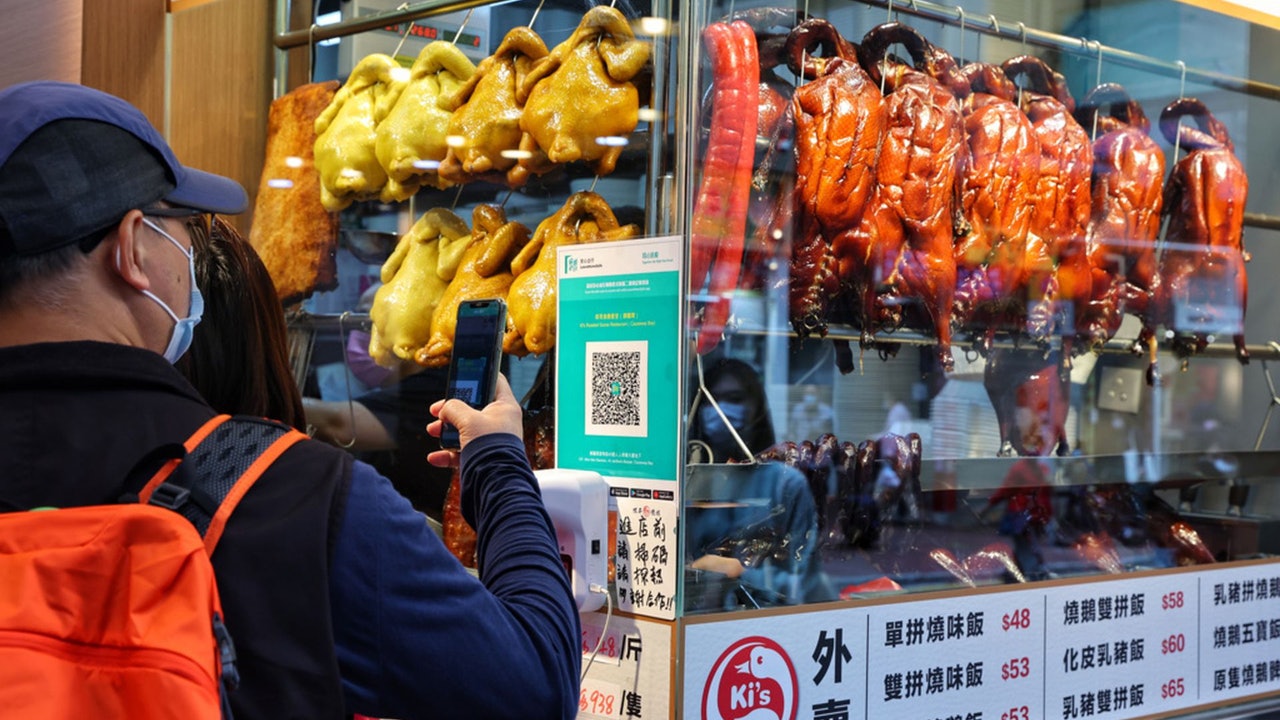 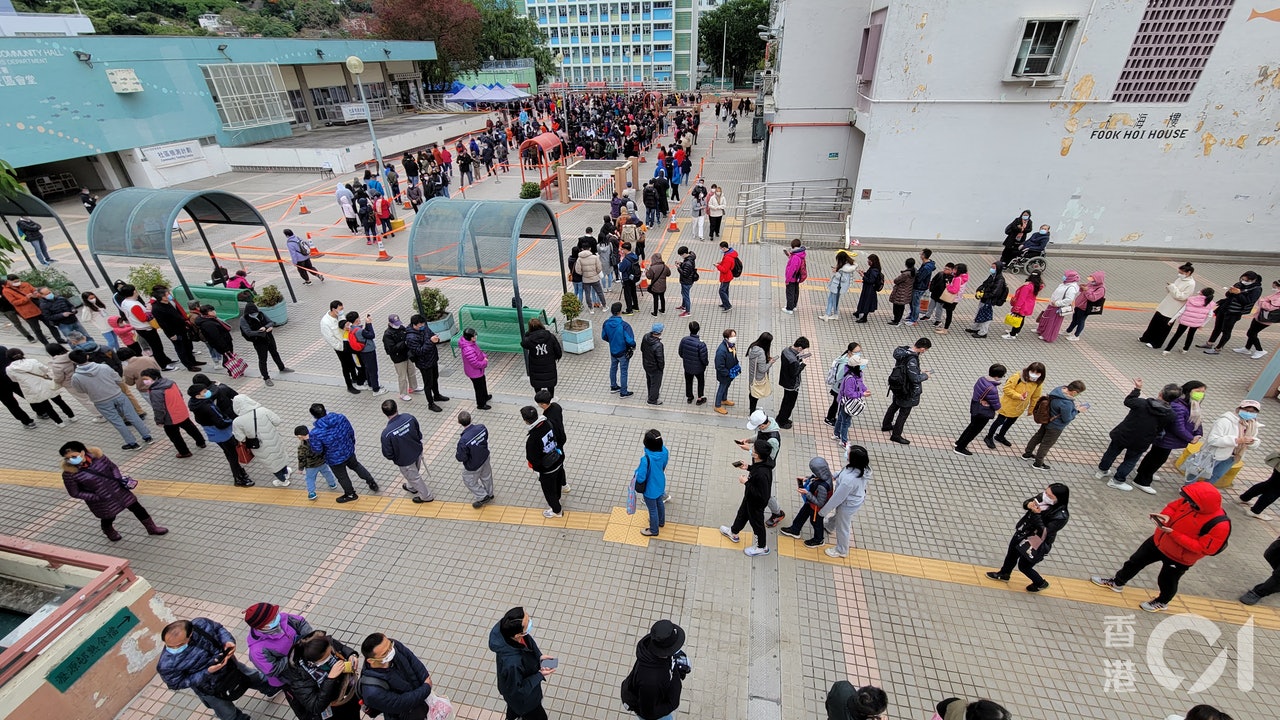 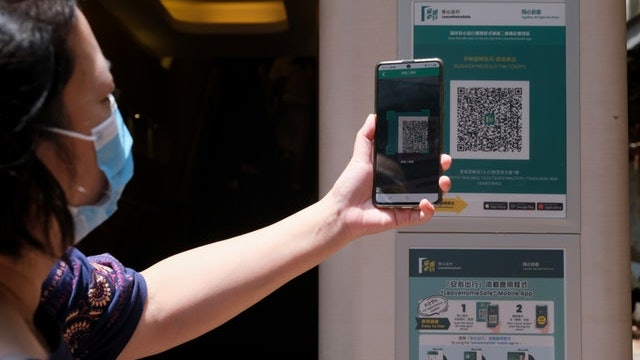 Entering the mall from February 10, it has been necessary to use the Anxin government press release and Lam Cheng's statement

Need to use peace of mind since entering the mall on February 10? The public has doubts about the understanding of the execution date

Travel with peace of mind｜From the 24th, you must show the needle card Tian Beichen to enter the designated place: two birds with one stone 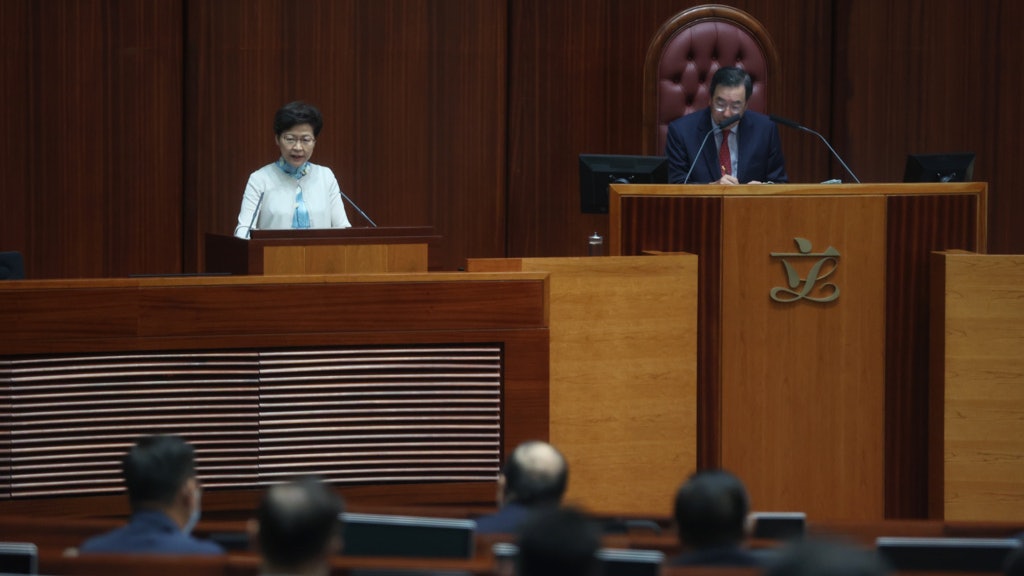 Live｜Lam Cheng attends the Q&amp;A session: There is no timetable for customs clearance, and enough oral medicines for the new crown have been purchased 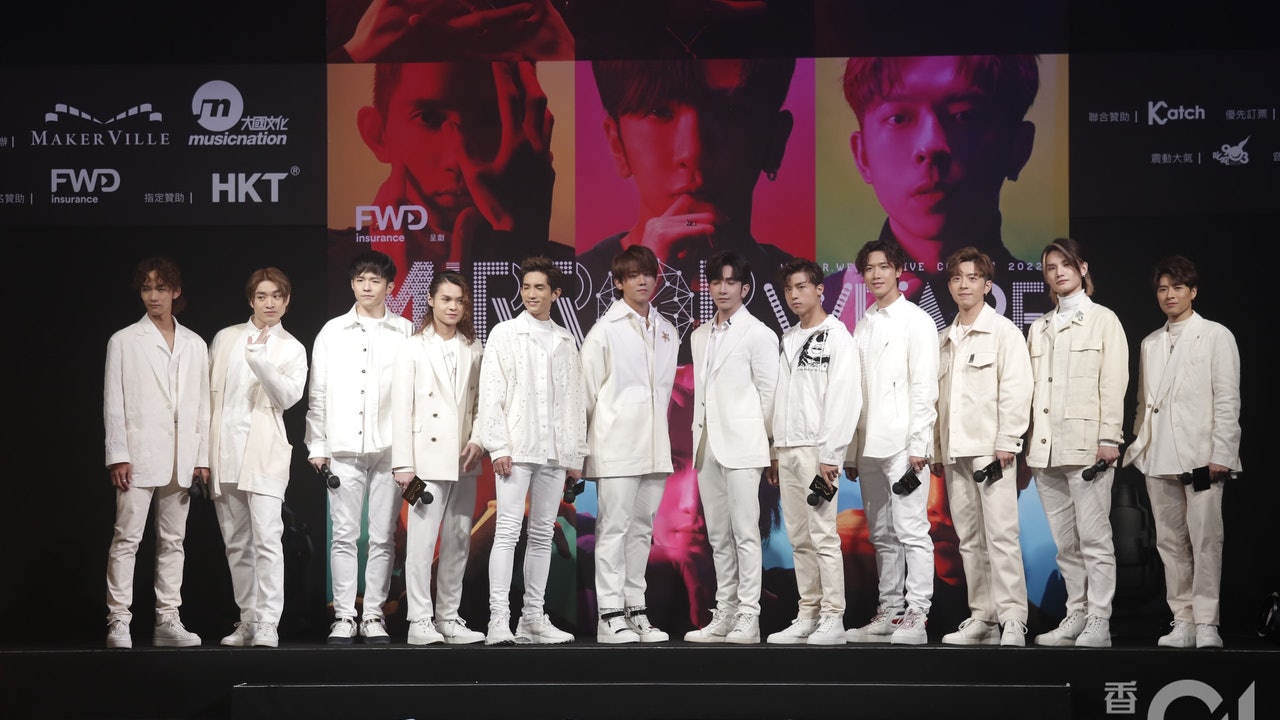 The MIRROR concert benefits scalpers Tian Beichen urges the real-name system as soon as possible: anyway, there will be a round of duo-pin cards 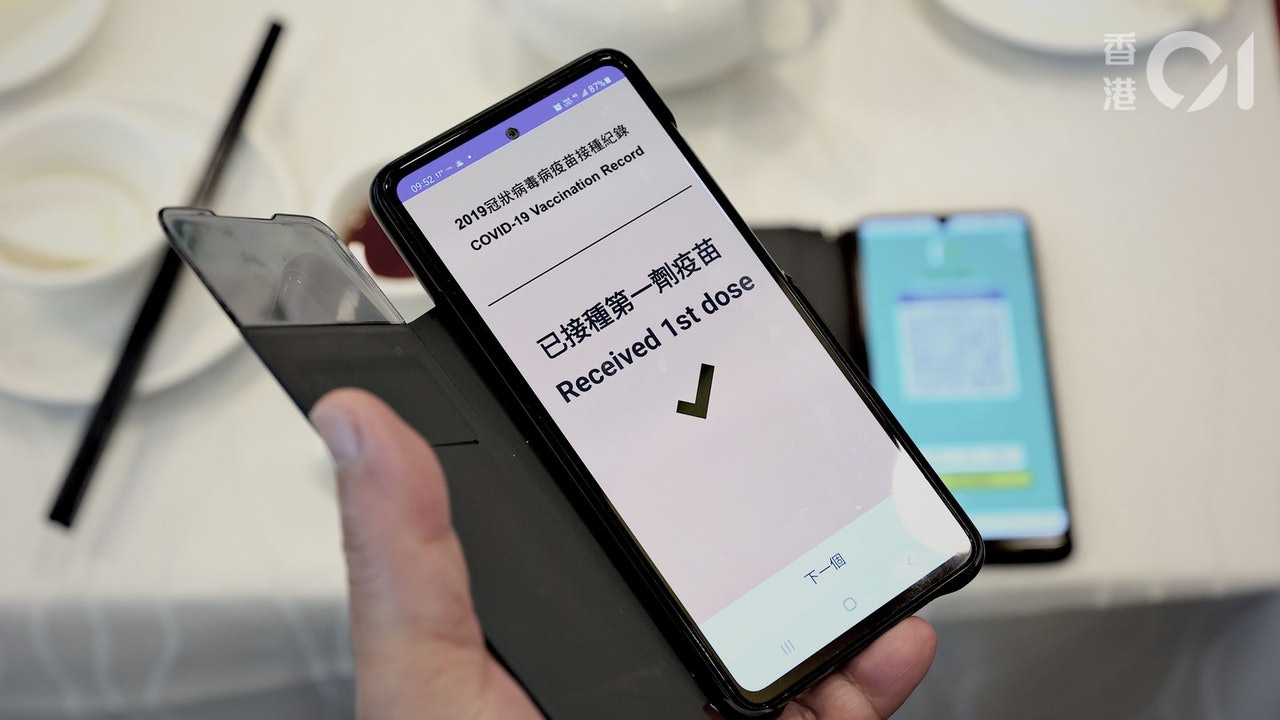