Ukraine War: Russia in retreat – Several cities recaptured Created: 05/07/2022Updated: 05/07/2022 12:59 p.m By: Daniel Dillman Ukraine recaptures areas in the north. The Battle of Mariupol is raging in the south-east. All developments of the night and the situation in the morning in the Ukraine war. Appeal to the West:The government of President Volodymyr Zelenskyj is demanding further militar

Ukraine recaptures areas in the north.

The Battle of Mariupol is raging in the south-east.

All developments of the night and the situation in the morning in the Ukraine war.

Ukrainian forces have recaptured the towns of Oleksandrivka, Fedorivka, Ukrainka, Shestakovo, Peremoha and part of the village of Cherkaski Tyshky in eastern Ukraine.

This emerges from a Facebook post by the General Staff of the Ukrainian Armed Forces on Friday (05/06/2022).

There it says that "units of the Defense Forces of Ukraine" were able to regain "control" over said areas after an "offensive".

This would be another success for the Ukrainian military after yesterday's withdrawal of Russian troops in northern Ukraine (see 9:33 update).

The army of Ukraine seems to be gaining territory in the north of the country.

According to the military leadership, their own units managed to push back the attackers from Russia in the region around the city of Kharkiv.

During their retreat, the Russian troops are said to have started blowing up bridges for the first time.

"The occupiers blew up three road bridges to slow down the advance of the counter-offensive by our defense forces," the Ukrainian military leadership said in a statement.

Kyiv - After more than two months of war, concerns are growing in Ukraine that they will no longer be able to win the fight against Russia.

The government of President Volodymyr Zelenskyj therefore appealed again to the West to support the country.

"Russia is in no hurry to end this war," Olha Stefanishyna, Deputy Prime Minister and Minister for European Integration, told Politico.

The further development of the war therefore depends heavily on the "military support" of Ukraine by the West.

Pictures from the Ukraine war: A destroyed Russian tank near Kyiv.

At the same time, US President Joe Biden announced on Saturday night (07 May) that he intends to equip Ukraine with state-of-the-art weapons in the war with Russia.

The Washington Post reports that the Pentagon will buy laser-guided missiles and pass them directly to Ukraine.

The latest generation of reconnaissance drones are also to be delivered to Kyiv.

In addition, the US would provide artillery ammunition, radars and other equipment.

According to the US State Department, the package of measures already approved for Ukraine amounts to 150 million dollars.

The United States has shipped more than $3.8 billion worth of arms and ammunition to Ukraine since the war began.

In the Ukraine itself, the bitter fighting in the east of the country continued into the night on Saturday.

Above all, the battle for Mariupol rages on.

The center of the fighting is still the Azovstal Steel Works.

The aim of the Russian troops is said to be to conquer the factory site, which is heavily fortified with bunkers and tunnels, by May 9th.

In the previous evacuations, only civilians, mostly women, children or the elderly, were allowed to leave the plant in the direction of Ukrainian-controlled areas.

On Friday, according to Kiev, there were 50 people.

On Saturday there should be another escape option.

"We are also working on diplomatic options to save our military, which still remains on Azovstal," Zelenskyy said.

In the middle of the Ukraine war, the United Nations campaigned for the reopening of the port of Odessa on Saturday night.

The UN World Food Program said in a statement "mountains" of wheat are rotting in Ukraine because they cannot be exported due to the war with Russia.

At the same time, 44 million people around the world are starving to death,” the statement said.

War in Ukraine: Russia in retreat – “There will be no People’s Republic of Kherson” 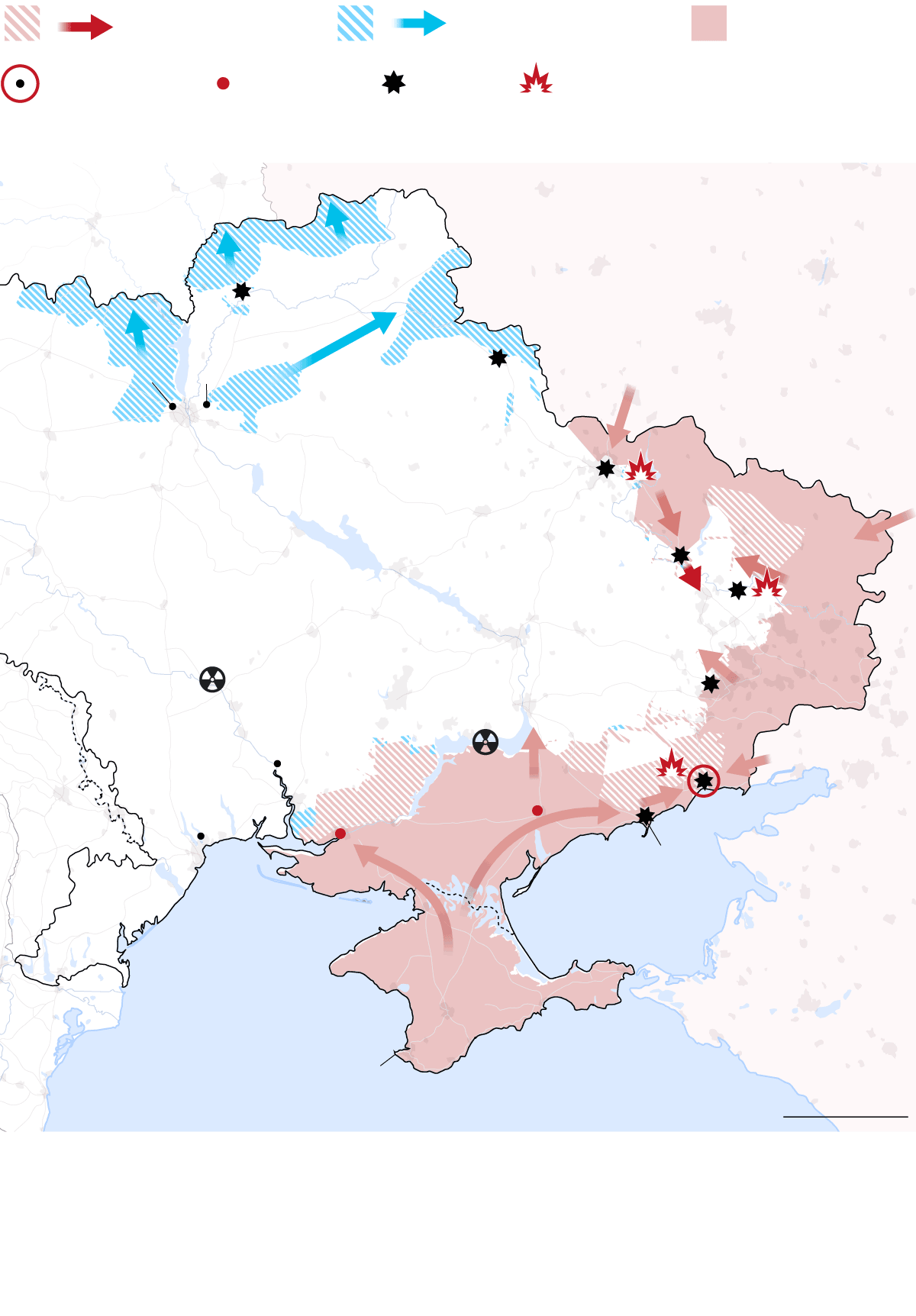 The Ukraine war in maps: Russians completely withdraw from Kyiv and Chernihiv 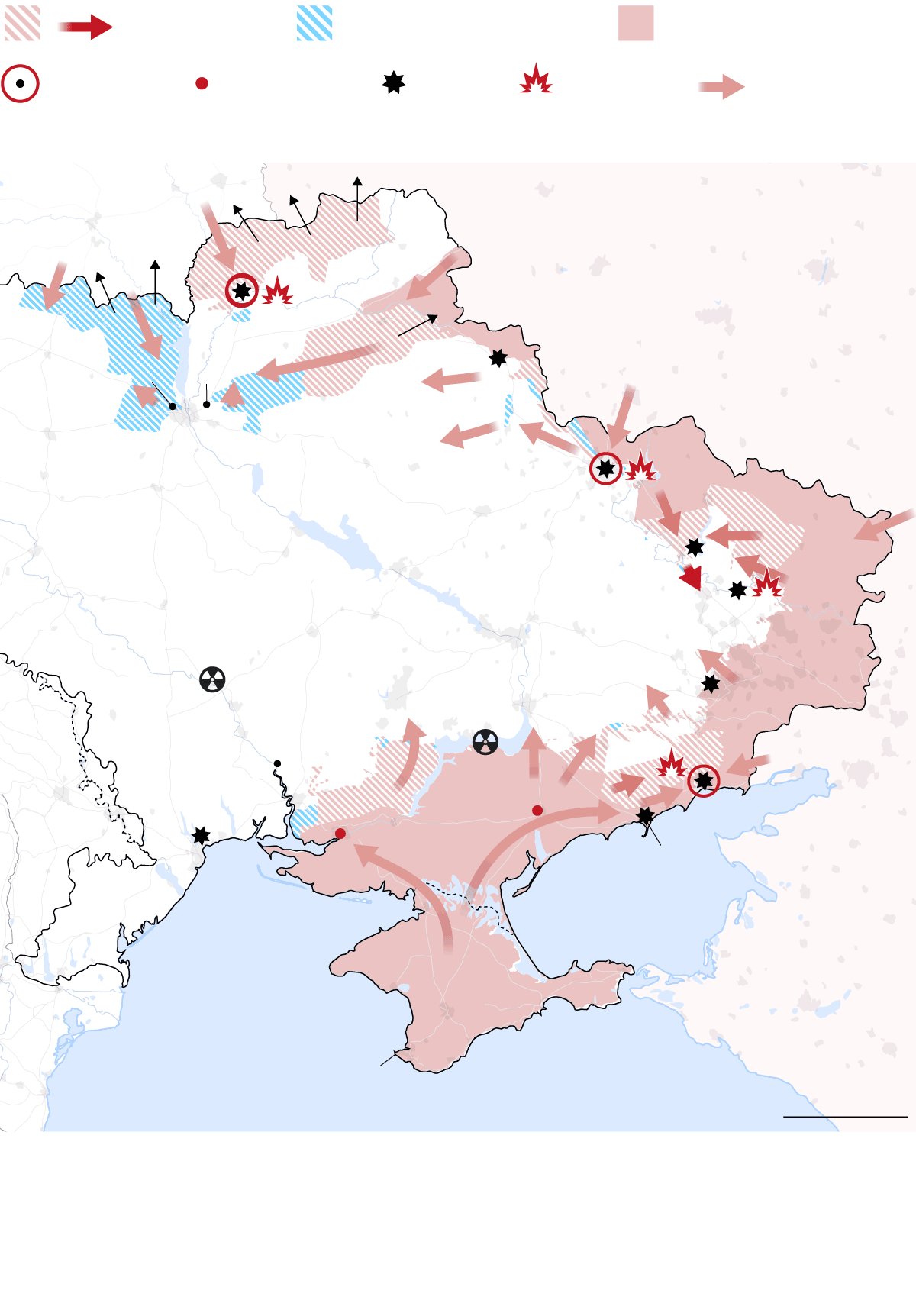 The Ukraine war in maps: Russian troops withdraw from Kyiv area to focus on east

No “Afghanization” but withdrawal: According to Zelenskyi adviser, Russians will “dig in” in two areas