9 euro ticket: when and where is it valid? This is how the monthly ticket works Created: 05/09/2022, 05:05 By: Jens Kiffmeier The 9-euro ticket is intended to attract Germans to the bus and train. The starting signal for the offer from the 2022 relief package will be given in June. How does it work? Update from April 27 at 12:25 p.m.: In a cabinet meeting on April 27, the federal cabinet decid

9 euro ticket: when and where is it valid?

This is how the monthly ticket works

The 9-euro ticket is intended to attract Germans to the bus and train.

The starting signal for the offer from the 2022 relief package will be given in June. How does it work?

In a cabinet meeting on April 27, the federal cabinet decided on the planned measures from the 2022 relief package.

With an aid package worth billions, which also includes the 9-euro ticket, the citizens of Germany are to be helped during the Ukraine war.

Among other things, an energy price flat rate of 300 euros, a fuel discount, a Hartz IV subsidy or a child benefit bonus are planned.

Which measures from the relief package come when: an overview.

Berlin – cheap offer for summer: Just in time for the holiday season, the federal government wants to motivate German drivers to switch to bus and train with a 9-euro ticket.

The discount campaign from the 2022 relief package should start on June 1st.

Baden-Württemberg's Transport Minister Winfried Hermann (Greens) was certain that the federal states would do everything possible to implement the measure despite all the difficulties.

But which bus and which train can you use?

And where can I buy the ticket?

There are still many questions for customers in local public transport (ÖPNV) and regional transport.

But here are the answers.

The 9-euro ticket for bus and train is a central component of the 2022 relief package with which the federal government of Chancellor Olaf Scholz (SPD) is reacting to the increased energy costs for petrol and diesel.

Prices had already come under enormous pressure at the turn of the year.

In addition, the Ukraine crisis caused a further surge in prices, which is now putting an enormous strain on many households in Germany.

Low earners in particular feel the effects at the petrol pump, but also at the supermarket checkout.

In order to free commuters from the cost pressure, at least temporarily, the 9-euro ticket is now being introduced.

When is the 9-euro ticket for bus and train valid?

The introduction was originally planned for May.

But because the legislative package still has to clear the parliamentary hurdles in the Bundestag and Bundesrat, the start date has been delayed, as has the 300 euro energy flat rate and the tank discount for diesel and petrol.

Then the ticket for bus and train can be purchased for three months, i.e. also in July and August - which is why transport experts expect that many holidaymakers will also use the offer for their summer trip across Germany.

Will the 9-euro ticket from the 2022 relief package motivate Germans to switch to buses and trains?

The ticket is always valid for the entire month, but then ends automatically.

In other words: If you buy the 9-euro ticket in June, it is valid for the whole of June, and you have to buy a new one in July.

If you want to use the offer for the entire three months, you end up paying 27 euros – significantly less than usual for monthly tickets.

Where is the 9 euro ticket valid?

Whether IC, EC or ICE - can you use all Deutsche Bahn trains with it?

After a debate between the federal and state governments, the 9-euro monthly ticket should now apply nationwide.

The ticket is valid for all local public transport (ÖPNV), i.e. for buses, trams or underground trains as well as regional transport.

The validity does not end at the national borders.

For example, if you take the regional express from Hamburg to Berlin despite the transfer marathon, you can also get on the tram in the capital.

But: ICE, IC and EC – i.e. the long-distance traffic of Deutsche Bahn – are not included in the 9-euro offer.

How and where can I buy the 9 euro ticket?

According to the information, the sale of the cheap tickets should primarily run through the local companies.

The 9-euro tickets will be available online or via the Deutsche Bahn Navigator app and at the counter.

In addition to the customer centers, it can also be purchased from ticket machines, contrary to initial information.

Transport Minister Volker Wissing (FDP) only ruled that out two weeks ago because he thought the effort for the regional providers was too great.

But it is now clear that transport companies such as the HVV in Hamburg are able to do this without any problems.

According to information from the dpa news agency, it should also be possible to purchase the ticket in advance in May.

In rural areas, unlike in cities, the 9-euro ticket should also be available directly on the bus.

Overall, the extraordinary campaign will be offered in the summer months of June, July and August - what happens after that remains to be seen.

"The campaign should not remain a flash in the pan," says Oliver Wolff, Managing Director of the Association of German Transport Companies (VDV).

What applies to subscription customers and their season tickets?

Will they have advantages despite the 9 euro ticket?

While the advantages of the cheap offer are obvious for new customers, many existing customers ask themselves the question: What happens to my existing monthly pass.

The offer should be credited to monthly tickets in the annual subscription, it was said again and again.

The regional transport companies should ensure that customers can easily receive a bill for the three months.

However, so far many subscription customers have enjoyed small benefits.

For example, they can take their partner or children with them free of charge at weekends or on public holidays.

According to the information, this should continue to be possible, but the regional providers have to regulate it themselves.

Is there criticism of the 9-euro ticket?

Basically, the 9-euro ticket meets with a lot of approval in politics.

However, some voices warn that it takes more staying power to persuade people to switch from road to rail in the long term.

"The campaign should not remain a flash in the pan," demanded Oliver Wolff, general manager of the Association of German Transport Companies (VDV) last week in Berlin.

And the Pro Bahn passenger association also noted that accompanying measures were needed.

Full trains threatened in the three months of June, July and August.

This can act as a deterrent, especially for new customers.

If the federal government is serious, then it should make more money available so that the railways can provide additional capacity, the association said in a statement.

So far, the discount campaign costs up to 2,

Apart from the 9-euro ticket: what else is the federal government planning in the 2022 relief package?

The 9-euro ticket is just one of many individual measures with which the federal government wants to cushion the rise in energy costs for Germans as a result of the Ukraine crisis.

In addition to the cheap offer for bus and train, the Scholz coalition is also planning to introduce a flat-rate energy cost allowance of 300 euros for all employees, a child bonus, a subsidy for Hartz IV recipients and a fuel discount. 9-Euro-Ticket: Area of ​​validity, purchase and monthly tickets - What applies from June 1st 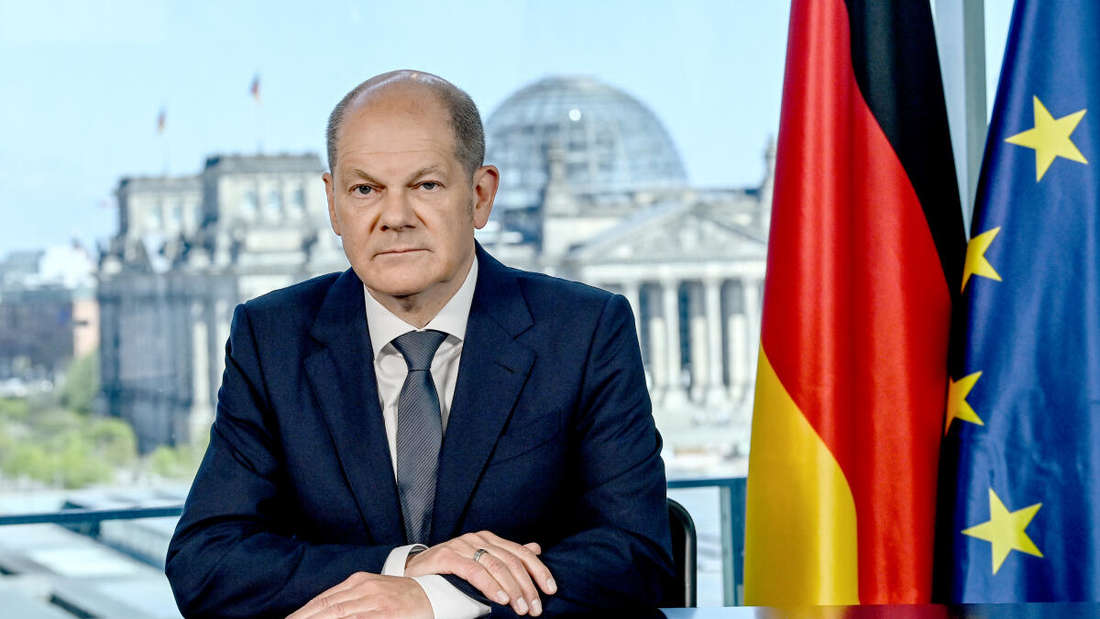 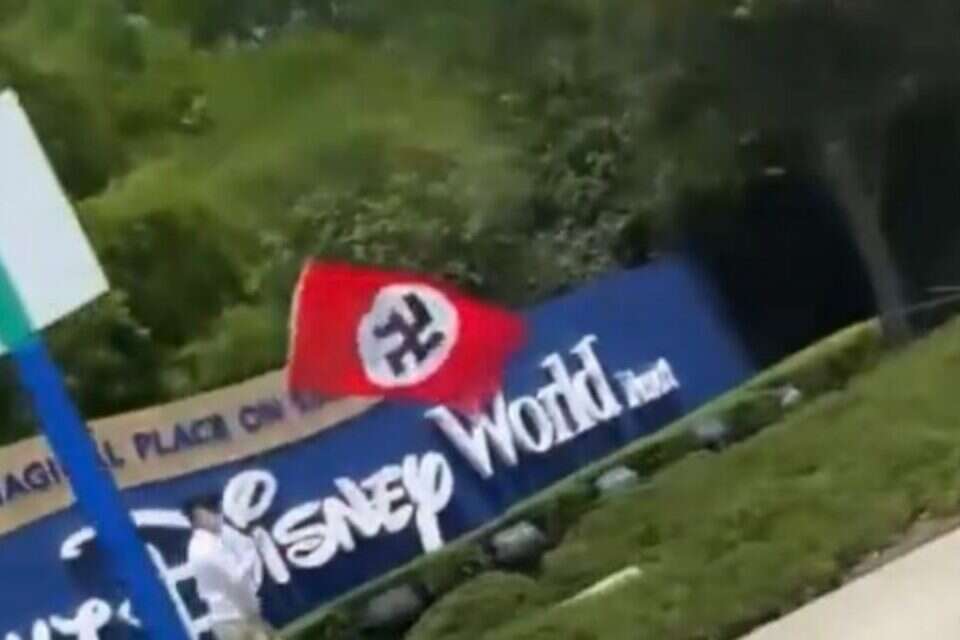 Captured Ukrainian officer: Our government failed us in Mariupol 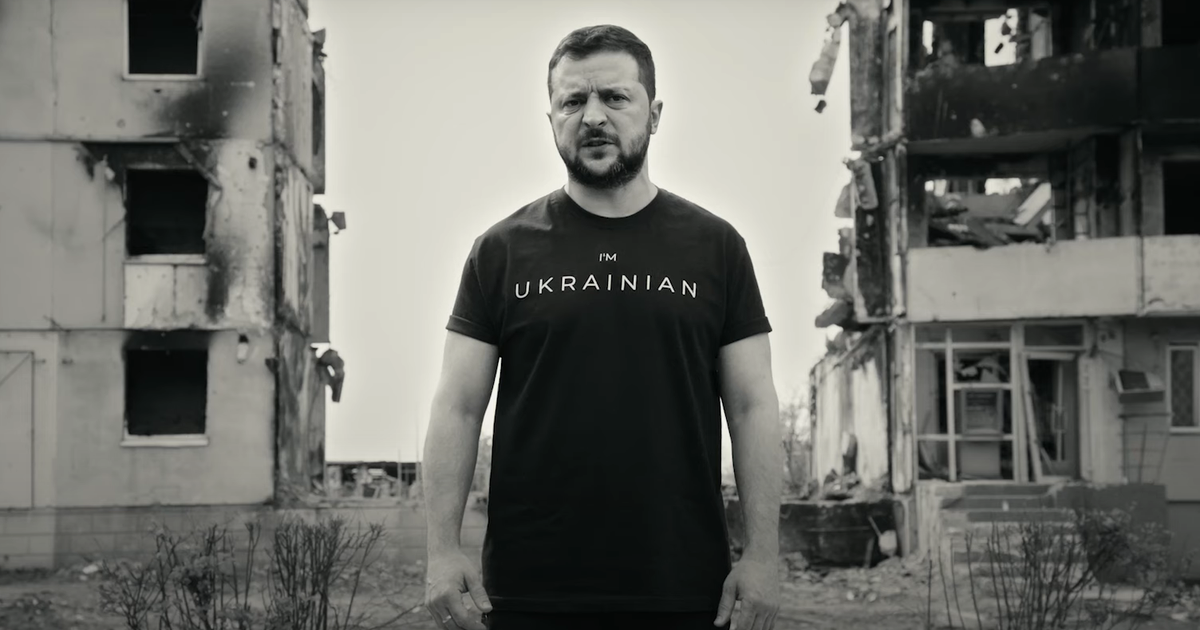 War in Ukraine: Volodymyr Zelensky's poignant speech to commemorate May 8, 1945 Kadyrov: Russian forces liberated the city of Popasnaya in the Luhansk Republic

(S+) Ukraine: "It would be a mistake to write off Russia," says military expert Michael Kofman

Carrie Lam: Complete the restructuring process as soon as possible. Li Jiachao visited the four agencies in Hong Kong in the afternoon
2022-05-09T03:06:25.411Z

"Normal citizens are really fooled": restaurateurs in the Freising district are struggling with inflation
2022-05-09T03:00:11.851Z

Interior Minister Faeser advises Germans to stock up on emergency supplies – but they are unaffordable for Hartz IV recipients
2022-05-09T02:53:17.549Z

Live broadcast ︱ Lam Cheng and Li Jiachao met with reporters after the meeting to discuss the handover work and structural reorganization
2022-05-09T02:40:43.821Z