The professor of medicine has been studying the effects of chemical substances on the human body for 30 years and calling for them to be removed from the market, which the European Commission is now looking into The European Commission recently set a process in motion to restrict the use of thousands of chemical substances used in everyday products, among which are several endocrine disruptors, which alter hormonal balances.

Nicolás Olea has spent more than three decades studying the effect of these compounds on the body, which range from obesity and diabetes to infertility and learning difficulties.

A professor of medicine at the University of Granada in Spain, Olea points out that future bans on these products will have to be agreed by EU member states and that could take years, but he also believes there will be no turning back from the current course .

“We have been denouncing this for 30 years and now it seems finally governments are starting to listen,” he says.

Many day-to-day objects have them, above all plastic packaging, but also cosmetics, clothes and some foodstuffs.

What effects do they have on health?

Endocrine disruptors “hack” the hormonal message and produce effects such as neurobehavioral deficits, learning difficulties and they have even been linked with syndromes like Asperger's and autism.

Other effects are endometriosis and poor sperm quality, which results in increased infertility.

There are more and more infertility clinics in our cities.

They also produce metabolic disruption, which leads to obesity, hypertension and Type 2 diabetes, which can cause a lot of health problems and a huge public health expenditure.

Is this exposure the same for everyone?

The most damaging effects occur from early exposure to endocrine disruptors during the early stages of life (embryo, fetus and infancy).

Exposures that occur during this timeframe have delayed consequences, with young people the most exposed.

The childhood environment of the 1950s and 1960s was made of wood, marble and glass, but since then it has been plastic and this is having negative effects.

Furthermore, safety testing on these substances have never taken into account the combined effect of endocrine disruptors.

What would you recommend pregnant women and babies should avoid?

Many cosmetics and perfumes contain endocrine disruptors, so they should avoid all of them that have them: you have to look for products without dimethicone, camphene and phenoxyethanol.

The latter is also found in hydroalcoholic hand gel.

It is also best to avoid products containing benzophenones, parabens and ultraviolet filters.

In terms of food, they shouldn't eat tuna, grouper and other large fish that contain a lot of mercury, and prawn heads, which contain cadmium.

If possible, you should eat local, seasonal, unprocessed and organic food: that way processed products and also the packaging, which tends to contain endocrine disruptors, can be avoided.

Cosmetic and dietary exposures need to be carefully watched, because they can reach breast milk within 12 hours.

What do you think of the EU's roadmap to prohibit these substances?

It's a very good initiative because the European Commission has finally accepted that endocrine disruption exists.

It means the end of the line for perfluorinated products, which make paper and cardboard greaseproof and waterproof and which are used in a lot of food packaging.

Around 800 such products have direct access to the body, so they have to be removed from the market when the ban is agreed upon.

The document also mentions PVC, which are very contaminating plastics with a terrible recycling system.

They also use phthalates to make hard PVC into flexible elements like vinyl and these are also endocrine disruptors.

The roadmap also mentions banning bisphenols, and not just bisphenol A, which contains 43 endocrine disruptors.

Have any of these substances been banned already?

Products for babies containing bisphenol A were banned in 2011 on a precautionary basis, but before it was used in baby bottles.

In 2020, the EU regulated the use of bisphenol A in boxed packages, which many young women handle, but other bisphenols that have the same effect on the body are still used.

Furthermore, in the last few months bans have been put in place on the use of nonylphenols in cleaning products, chlorpyrifos (used in insecticides) and mancozeb (used in fungicides).

Toys containing phthalates have also been banned, but it is also present in kindergarten floors made of PVC, plastic gloves and shower curtains.

In terms of perfluorides, which are also used in thermal isolators like Gore-Tex, the EC has banned seven, but the catalog contains around 4,700.

All of these products have been on the market for more than 30 years and suddenly one day they are considered bad.

Who will take responsibility for all those years of exposure?

What products remain in need of regulation?

The European Food Safety Authority hit the nail on the head in February by putting forward a proposal for consultation on a 100,000-fold reduction of bisphenol A in food products, which it is hoped will go through before the end of the year.

The evidence that these products need to be removed from human application products, but it is unforgivable that it has taken 30 years to make it happen.

The EC roadmap, for its part, talks a lot about industrial products but much less about cosmetics and perfumes, so it does not mention benzophenones, parabens and ultraviolet filters.

There are some 1,500 endocrine disruptors and there is still a lot to be done.

It is a courageous move, but a very slow one.

In what way will we notice these changes in our everyday lives?

plastic water bottles, phthalates… so in the future there will be considerably fewer plastics in packaging and food applications, which will reduce human exposure to endocrine disruptors and also reduce waste.

Restaurants will have to go back to reusable containers.

The new laws [in Spain] regarding waste state that plastics have to be eliminated and the use of tap water encouraged.

In terms of epoxy resins, which are a source of bisphenol A, these are present inside food cans, so it will be necessary to find another material to make those. 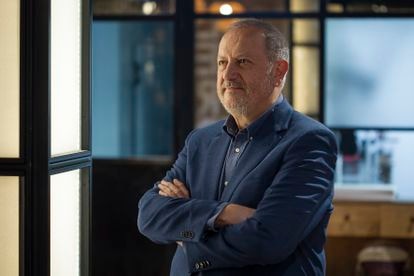 Nicolás Olea: "Pregnant women should not use cosmetics with parabens" 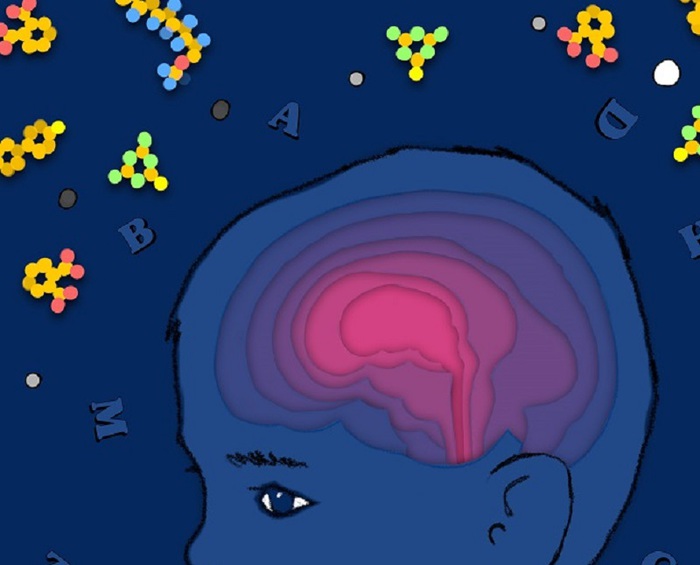 Risks for Babies Exposed to Chemical Mix in Uterus VIDEO 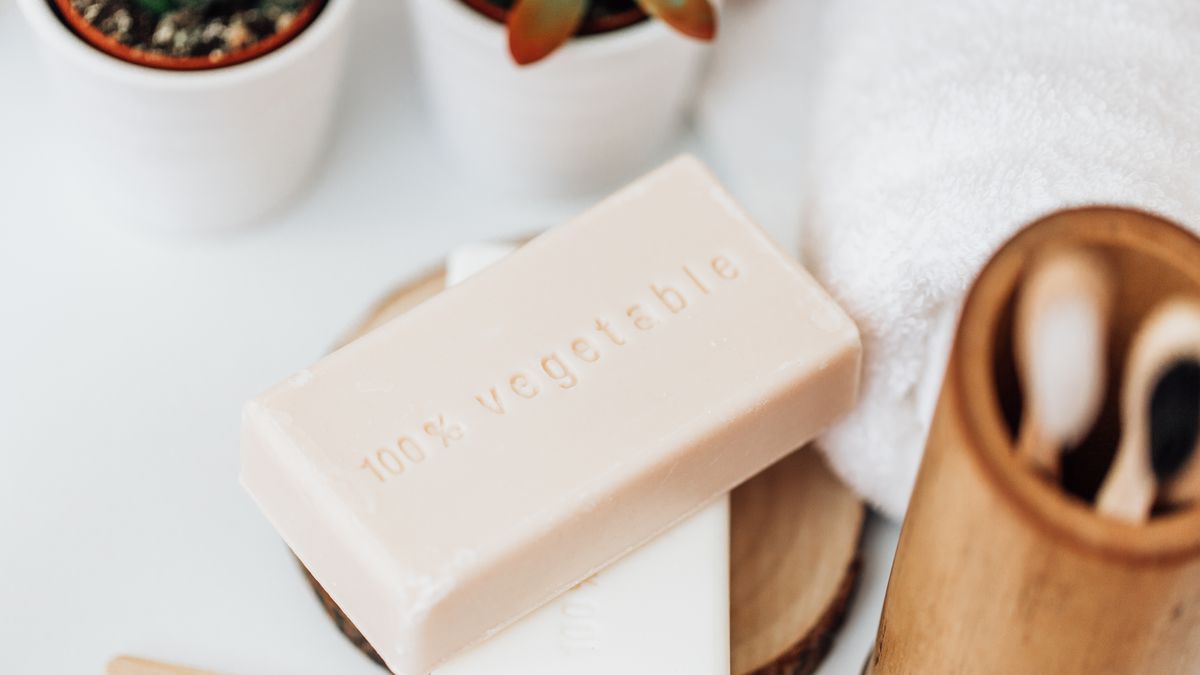 The best solid soaps for an eco-responsible bathroom 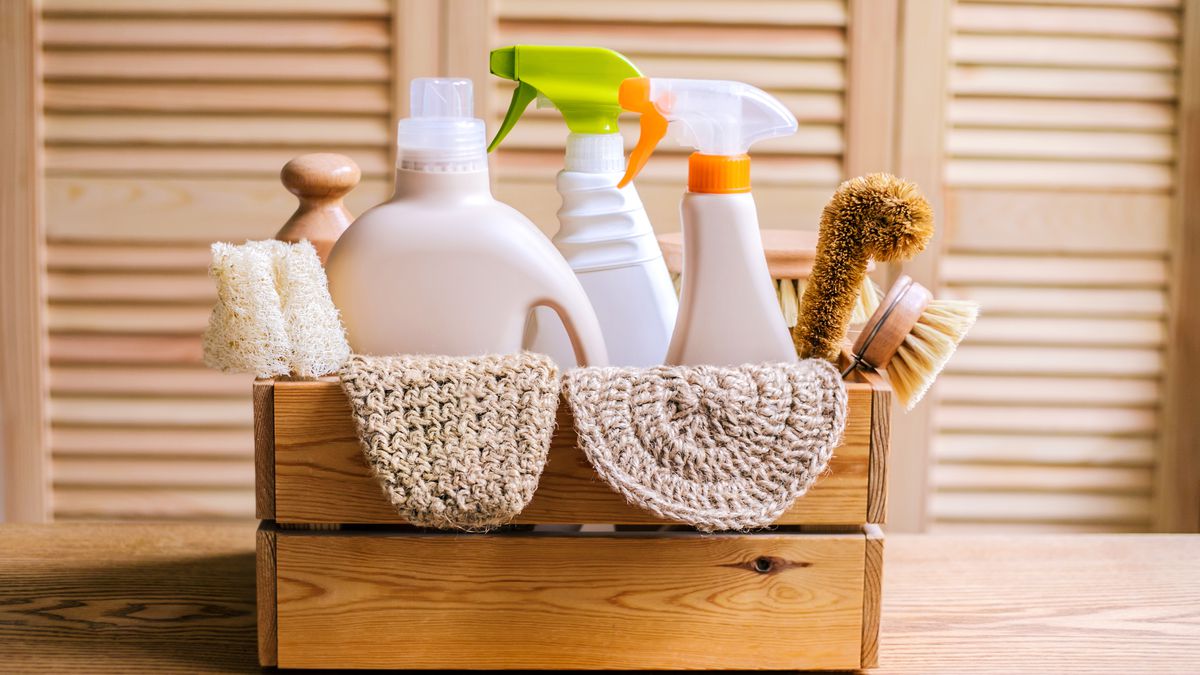 The rechargeable and ecological household products of PurePills 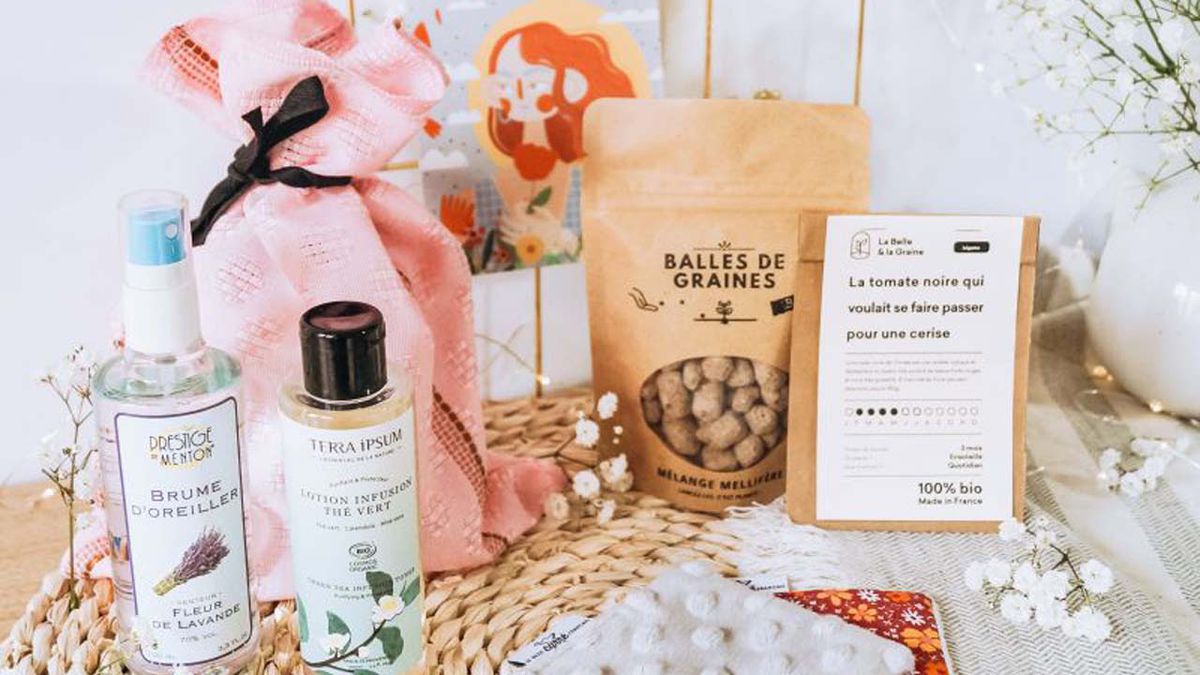 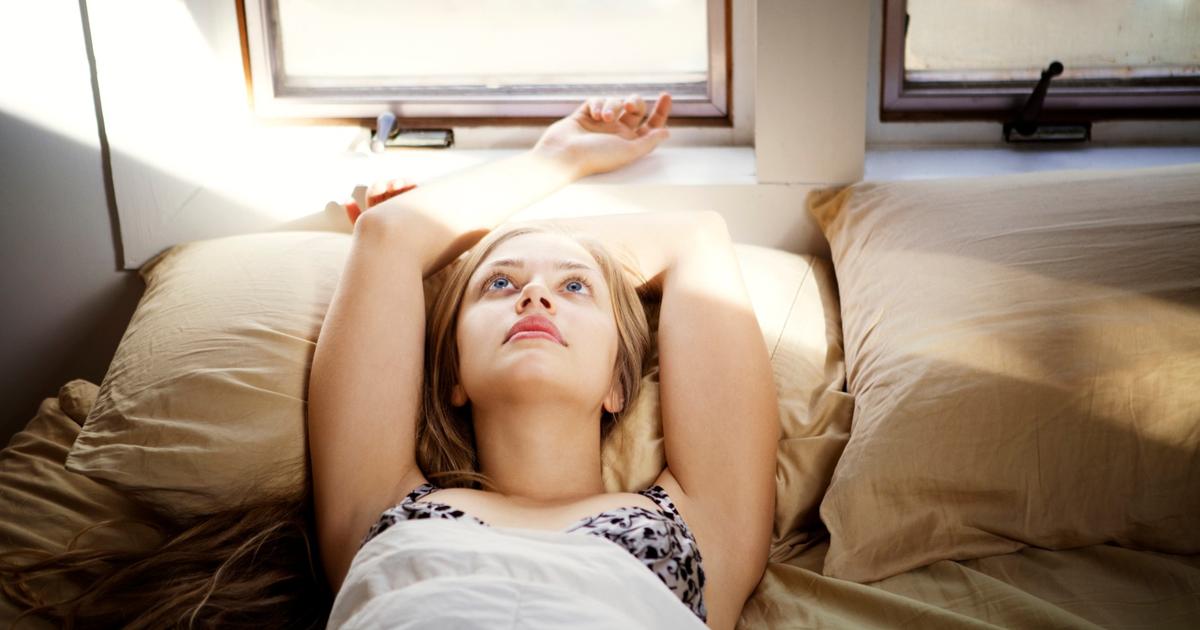 Here is the female sex toy that gives the most pleasure, according to “60 million consumers” 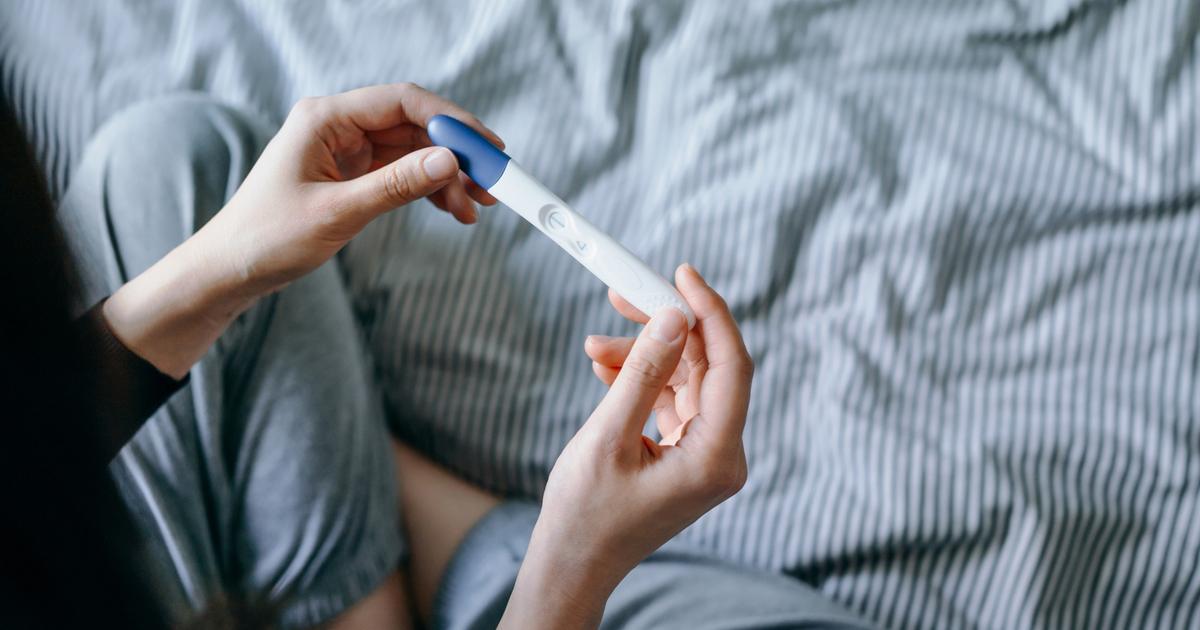 Infertility: in two centuries, the human species could disappear, according to a medical biologist 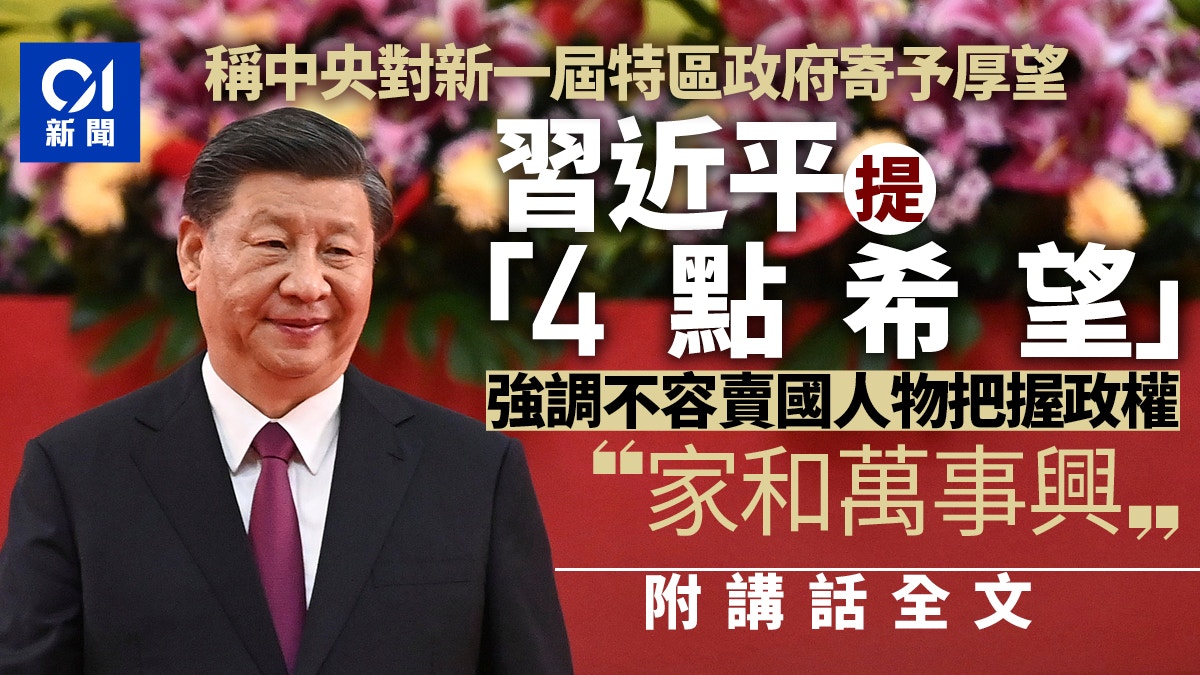 Pedro Castillo consummates his break with Cerrón and formally departs from the party that led him to the presidency of Peru
2022-07-02T02:51:35.494Z