The epidemic has been hovering at a low triple-digit level in recent days. Today (14th), Hong Kong recorded an additional 284 confirmed cases, including 33 imported cases. Among them, a 31-year-old Thai man arrived in Hong Kong on the 12th day. Community 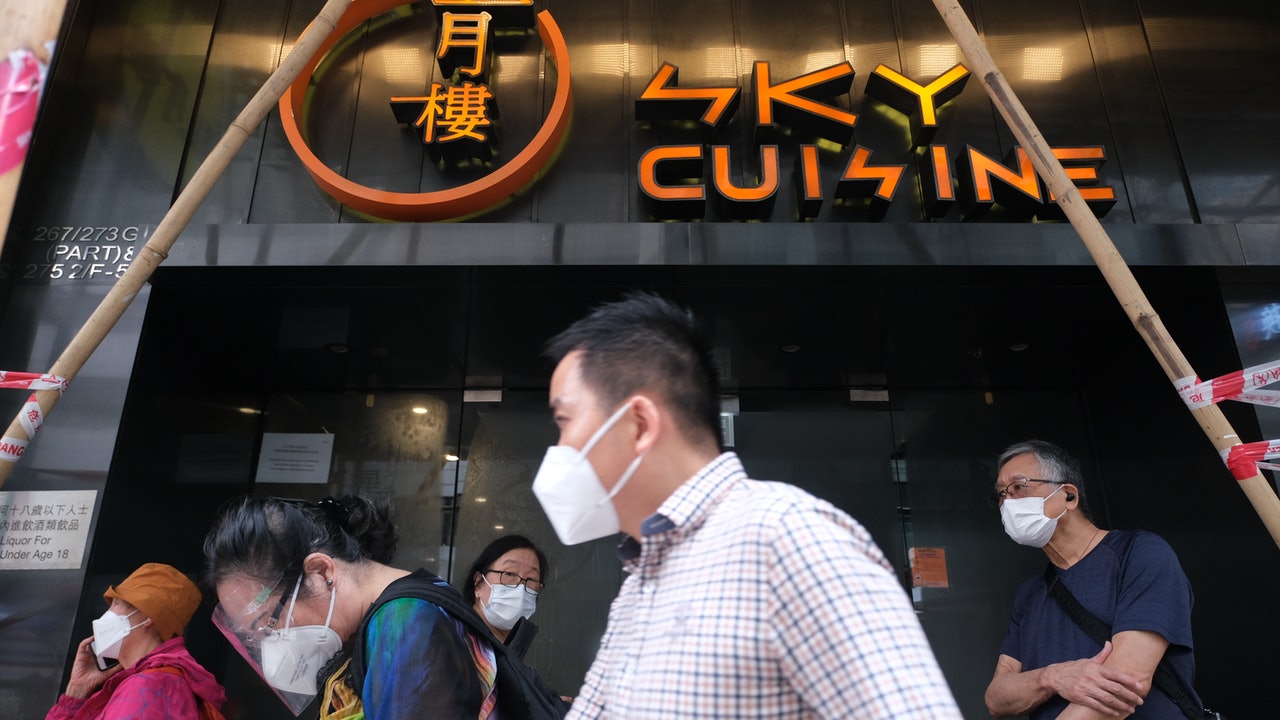 The epidemic has been hovering at a low triple-digit level in recent days. Today (14th), Hong Kong recorded an additional 284 confirmed cases, including 33 imported cases. Among them, a 31-year-old Thai man arrived in Hong Kong on the 12th day. The infection was discovered after community activities, but it is estimated that the infection was local due to the high viral load.

As for the Xingyue Building in Sheung Wan, where the epidemic broke out on the eve of Mother's Day, the Centre for Health Protection said that a total of 41 people have been diagnosed with the virus so far, an increase of 11 people from yesterday. meal.

At least half of the dining tables on this floor have diners who were "stricken", and even families in Taiwan were diagnosed with the disease.

The remaining two infected staff are also working on the third floor. One of them lives in Xiyuan Terrace, Xihuan Village, where the outbreak has occurred. She was found to be positive for the virus during Thursday's forced inspection of the village. (9th) Feeling unwell, the center is investigating whether Xiyuantai is the source of the outbreak of Xingyuelou.

However, the staff involved became ill at a later date, and it is difficult to say whether it is a "super spreader" at this stage.

Zhang Zhujun, director of the Infectious Diseases Division of the Center for Health Protection, said at a press conference on the epidemic that on the eve of Mother's Day (7th, last Saturday), the Xingyue Building in Sheung Wan, where the epidemic broke out, has so far had a total of 39 diners and two staff members.

At yesterday's press conference on the epidemic, Zhang Zhujun once said that a 117-year-old person in the restaurant was infected with the epidemic. Zhang corrected it today, saying that the staff made a mistake in entering the information, resulting in the wrong report of the patient's information, and apologized for the incident.

She continued to point out that the data of 39 diners are still under investigation, and it is temporarily known that the patients involved more than 15 families, all of whom dined on the third floor of the restaurant. There are about 29 tables on this floor, and 17 of them were "hit", which means that More than half of the dining tables have cases, and all eight members of individual families have been diagnosed.

The remaining two patients were both waiters on the third floor. One of them lived in Xiyuan Terrace, Xihuan Village, which was enclosed by the whole village the day before yesterday (12th).

Of the two family members who lived with him, one of them felt unwell as early as Monday (9th).

Zhang Zhujun said that genetic analysis will be carried out for the patients to investigate whether Xiyuan Terrace in Xihuan Village is related to the outbreak of Xingyuelou.

Zhang Zhujun said that most of the people tested have completed the test and are waiting for the results. Of the 48 environmental samples collected yesterday, two were positive, and they were in the exhaust fans of the men's and women's toilets.

She believes that the virus was found in the exhaust fan of the women's toilet, which shows that the virus is highly contagious and can be transmitted through the air. At present, the restaurant has been advised to thoroughly clean and disinfect the relevant area, including the ventilation system.

As for the overall epidemic situation, there were 116 nucleic acid positive cases and 168 rapid test positive cases today, with a total of 284 new confirmed cases.

Among the confirmed cases yesterday, 33 were imported cases, and 10 of them were found by sampling at the airport after arriving in Hong Kong yesterday and were scattered on multiple flights, including:

The remaining five flights recorded one case each at the airport:

Another 22 cases were found in quarantine hotels, all of which were samples from the third to sixth days.

The remaining imported case was found after completing quarantine. The patient was a 31-year-old man who arrived in Hong Kong from Thailand via Singapore on May 1, and tested positive for the virus on Thursday (12).

He had no previous confirmed record, and no other residents on the same floor of the quarantine hotel where he stayed were infected.

The Center for Health Protection believes that he has been out for activities after returning to the community, and it is estimated that it is a local case, but the source of the infection can be determined only after the results of genetic analysis.

▼From May 1st, the mandatory inspection announcement will be listed on the list▼

The cumulative BA.4 cases increased to 3

Zhang Zhujun also pointed out that there is another BA.4 case in Hong Kong. The patient is a 60-year-old woman who arrived in Hong Kong from the United States via Switzerland on Monday (9th) and had a sore throat that day. The test at the airport has been intercepted. Three BA.4 cases were obtained.

In terms of death cases, the hospital administrator reported another death case. The patient was a 77-year-old woman who passed away yesterday. She did not come from a hospital and had no record of injections.

Dozens of citizens are excited about the reopening of the water park. From now until the end of next month, three preferential anti-epidemic measures will be introduced. The catering and retail industries will be recovered. amnesia, insomnia 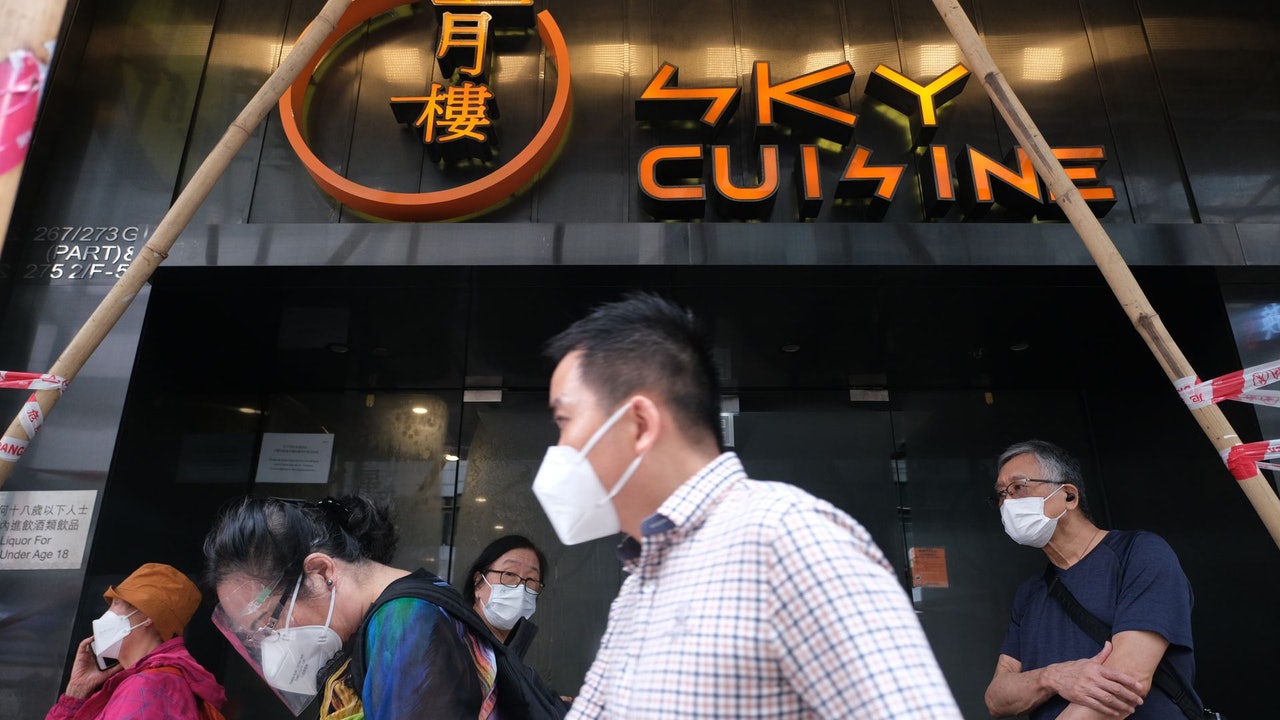 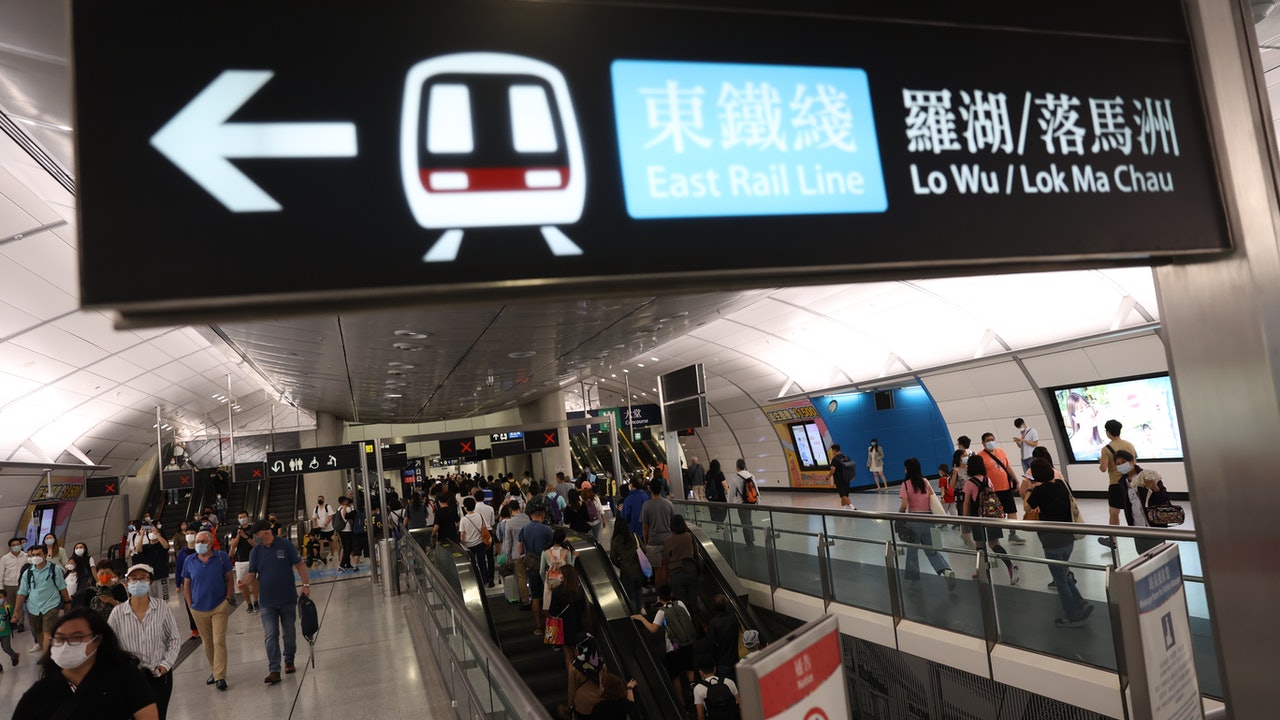 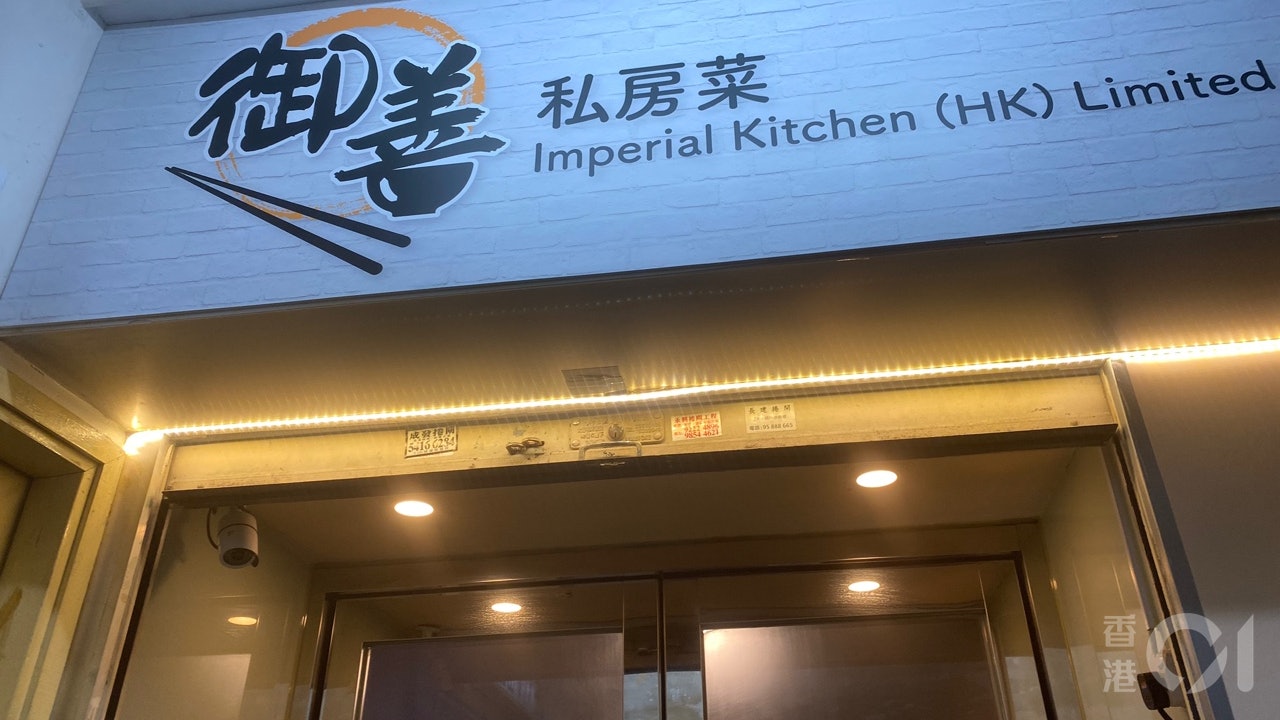 Epidemic・5.15｜An outbreak of the outbreak of Yushan's private kitchen in Kwun Tong, Zhang Zhujun: There are hundreds of transmission chains in the community 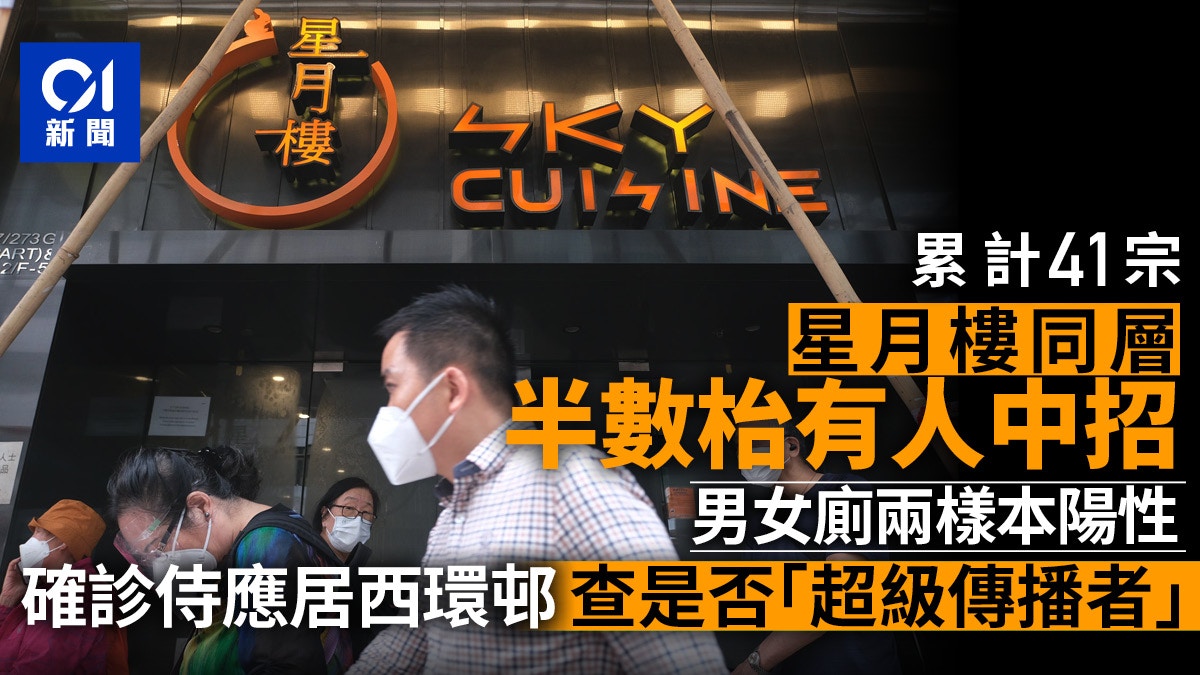 A total of 41 cases in Xingyuelou, half of the tables on the third floor had diners recruited and diagnosed waiters went to Sai Wan Village to check the connection 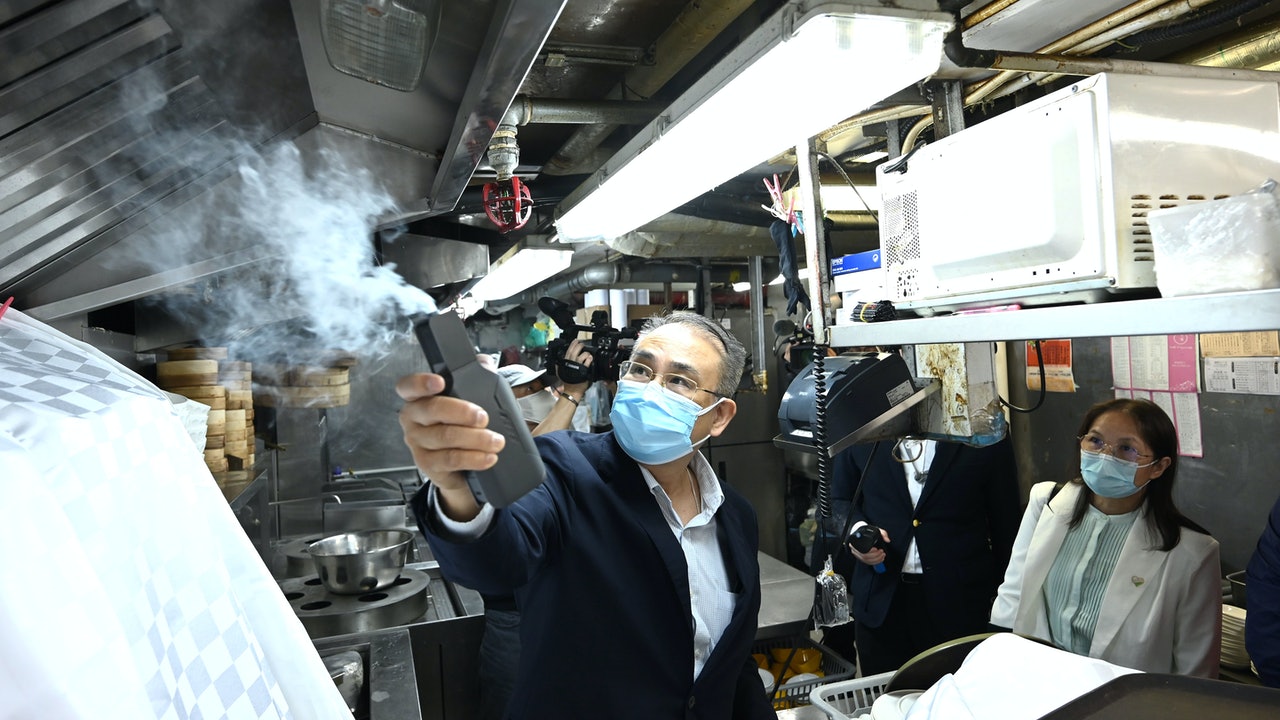 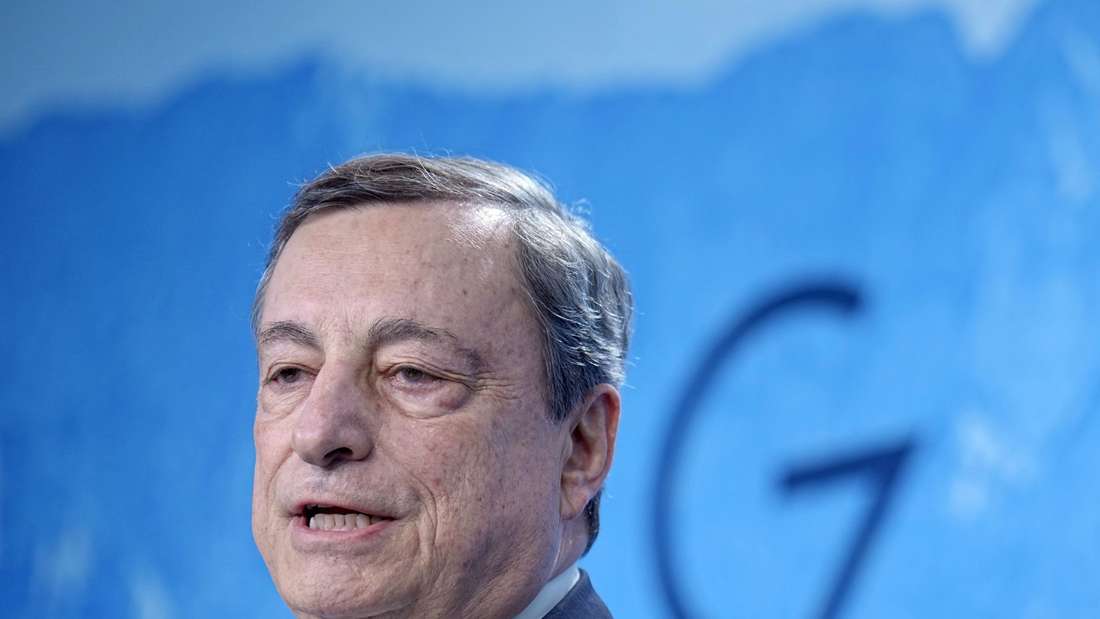 Syria decides to recognize the independence and sovereignty of the Lugansk and Donetsk People's Republics
2022-06-29T13:33:46.255Z