Citizens' meeting in Berglern: Affordable housing is a "huge task" Created: 05/14/2022, 12:00 p.m By: Klaus Kuhn A full hall at the citizens' meeting: There hadn't been anything like this in Berglern for two years. For Mayor Anton Scherer and District Administrator Martin Bayerstorfer (at the desk) a big step towards normality. © Klaus Kuhn Finally a full house again at the town hall meeting i A full hall at the citizens' meeting: There hadn't been anything like this in Berglern for two years.

For Mayor Anton Scherer and District Administrator Martin Bayerstorfer (at the desk) a big step towards normality.

Finally a full house again at the town hall meeting in Berglern.

Mayor Anton Scherer sees a lot to do in terms of housing.

The fiber optic network is in place, the new apartment building is on schedule.

– The first citizens' meeting of the new legislative period of the Berglern municipal council in the sports home was well attended.

Mayor Anton Scherer made it clear in his welcome speech that he was very happy about that.

He spoke of a big step back to normality.

In his report, it was necessary to cover two years - with the figures from 2020 being central to the financial report, because those from 2021 can only be finally adopted once the 2022 budget has been completed.

That will only happen at the upcoming council meeting.

The financial situation is tense.

"There are no signs that we will be able to handle all the upcoming tasks financially," said the mayor.

"The desirable must be reconciled with the feasible," he demanded.

The household must be able to be "cleanly presented".

This also affects the revenue side of the budget.

In fact, the figures as far as the forecast debt is concerned are still rising at an alarmingly steep rate.

"I'm proud of the troops," said the mayor to the address of the municipal council.

It is impressive how he has managed the past two years.

Eight referent offices were created to relieve the honorary mayor, as reported by Scherer.

The municipality currently has a total of 3063 inhabitants, which means a significant jump compared to the previous year.

The day-care centers are not only a large item in the budget, but of course also in the reports.

A total of 23 young mountain learners go to daycare, 105 children are in kindergarten.

There are 50 places here, so that there is still some room for childcare.

109 children are currently attending the Berglerner school in a total of six classes.

That number has decreased.

Last year there were 125 children in seven classes.

The school's lunchtime care is attended by 24 children.

Here the municipality works together with the Josefsheim in Wartenberg.

he holiday program 2021 could take place.

"They had a colorful program for the children," reported the mayor.

Scherer rattled off the other topics in a hurry: "The fiber optics was a huge construction site," said the mayor.

But this is done: "We are now on the grid." And then of course it was about the other big things like the scratch innkeeper, the citizens' energy cooperative, the supermarket and the apartment building, which is on schedule and on budget.

The Corona test center is to remain open until June, but the location will be changed by the sports club due to the anniversary.

Regarding the outlook for the coming year, the mayor said that the planning for the new fire station will continue.

There is already a rough draft.

"The creation of affordable housing remains a huge task," postulated the mayor, who also admitted that this would remain a real issue in view of the problems under European law.

(By the way: everything from the region is now also available in our regular Erding newsletter.) Great demand for social housing in Poing: 449 applicants for 60 apartments 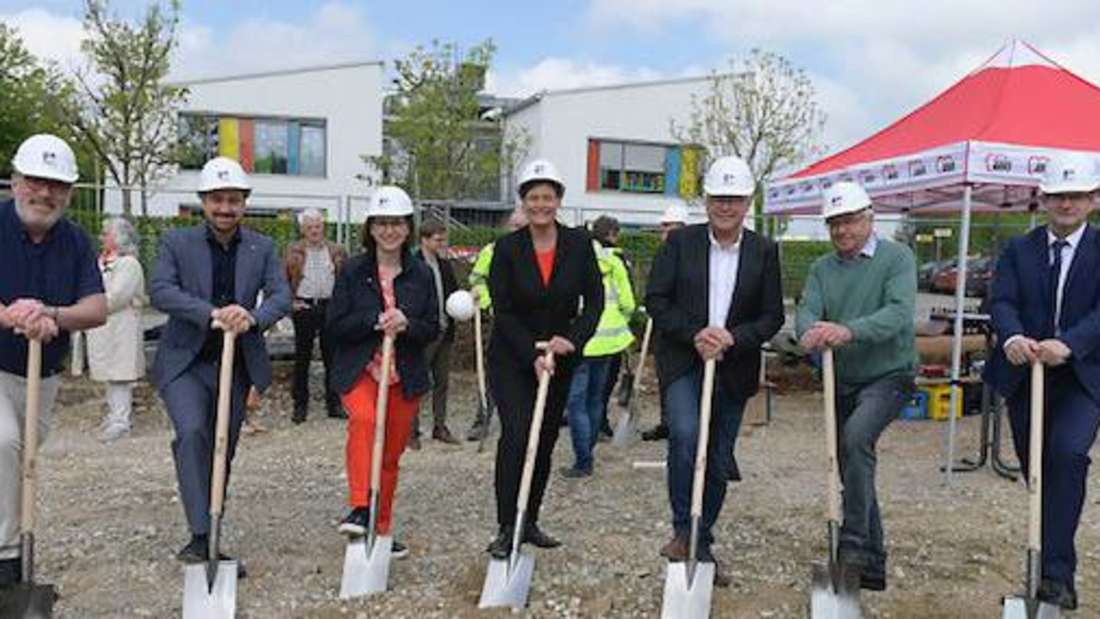 Affordable apartments are being built here