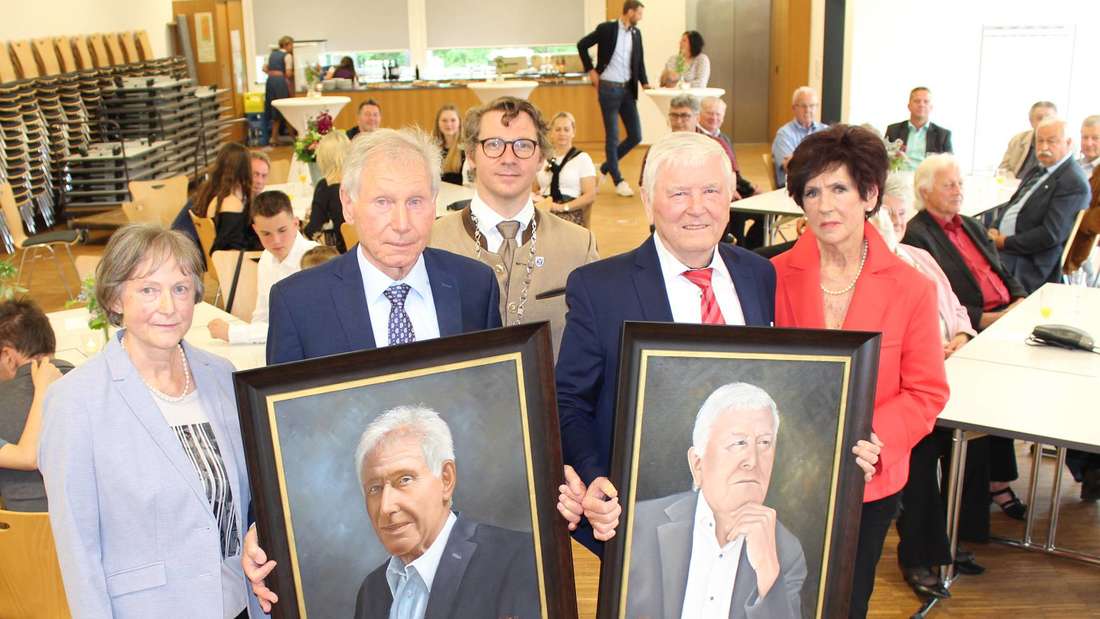 Celebration moment (from left): Leni and Rudi Ways, Mayor Georg Nagler as well as Anton and Helga Hofer with the painted portraits of the honorary citizens, which are hung up in the town hall.

Anton Hofer and Rudi Ways were made honorary citizens of the municipality of Moosinning.

A maximum of five living persons may wear this dignity.

– They were proud and visibly moved: Anton Hofer and Rudi Ways were made honorary citizens of the Moosinning community at a ceremony in the Eichenried community hall.

"This is the highest award that a community can bestow on its citizens," said Georg Nagler at the award ceremony.

The mayor explained that a maximum of five living people could wear the honorary citizenship, and he emphasized: "Up to now, only five citizens of the municipality of Moosinning have received this honor": Main teacher Max Vogl (1932), Pastor Karl Herdegen (1950), Mayor Andreas Kaiser (1964), Pastor Josef Forster (1978) and Mayor Rudi Bayerl (1990).

"Two personalities will now receive this honor, which should express the due recognition of their outstanding achievements in the community of Moosinning," said Nagler.

He called Hofer and Ways "men of honour," quoting Italian writer Luigi Pirandello who once wrote, "It is easier to be a hero than a man of honour."

You only have to be a hero once, a man of honor always.”

A man of honor is characterized by "that he always treats his fellow human beings with respect, that he presents his points of view politely and objectively and that he is always honest even in the face of adversity," the mayor stated.

"According to the statements of companions, you both always lived these qualities, and I can confirm them myself."

The 81-year-old former tax officer Hofer had been active in local politics for a long time, including as 2nd and 3rd mayor, Nagler said in the laudatory speech.

He was a founding member of SV Eichenried in 1967 and was a member of the board for more than 20 years.

Among other things, he was a founding member of the Eichenried citizenship and chairman of the parish council there for almost 20 years.

In addition to these activities, "his great passion is genealogical research and the history of the community - especially the Eichenried district".

From this interest, the "Chronicle of Eichenried" was created in 2020, in which Hofer "invested a lot of work and passion".

Nagler described former mayor Ways, who received the honor one day before his 79th birthday, as “a political person with body and soul – and that is downright an understatement”.

Among other things, Ways sat in the district council for 40 years, was SPD local chairman for over a quarter of a century and from 1996 to 2008 1st mayor.

He was also on the board of FC Moosinning for 13 years, and since 2002 he has been the chairman of the VdK Moosinning-Neuching local association.

During his tenure, the number of members almost doubled to over 400.

"To do justice to your incredible commitment to our community in such a laudatory speech - you have simply done too much for that," praised Nagler.

“Without you, Moosinning would not be the community it is today.

And without you and your commitment in the social field for older and socially weaker citizens, social interaction would be a lot colder."

After thanking the wives of the two honorees, Hofer and Ways were presented with the certificate of honorary citizenship and a painted portrait that is to be hung up in the meeting room.

Hofer called the appointment "a great honor for me" and said proudly, "I'm happy!" Ways said he wasn't used to so much praise.

"It was a long, outstanding time, there would be a lot to tell," he stated, adding with a grin: "Normally there's something like that at the obituary at the grave - that's how it's anticipated."

To the sounds of the Moosinning brass band, the new honorary citizens signed the community's golden book.

By the way: Everything from the region is now also available in our regular Erding newsletter. Dawdle for a good cause The young decision-makers: new municipal councils in the district of Erding Lots of luck for Moosinning 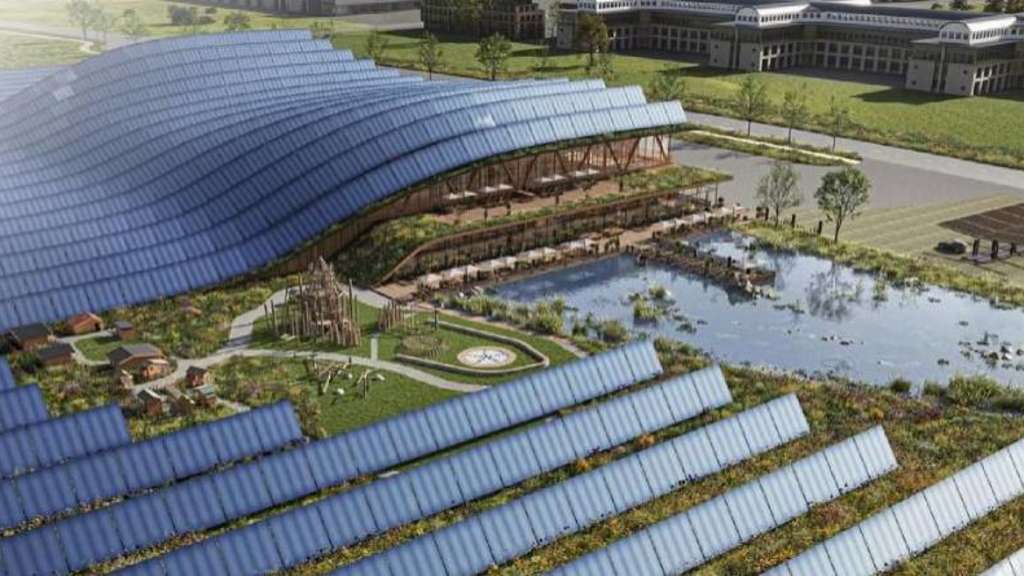 Does a roundabout endanger the bypass? "No way, it's about nothing anymore"