"Everyone cried": Two Upper Bavarians fulfill their desire to have children with surrogacy in the USA Created: 05/15/2022, 06:24 By: Tanja Kipke Manuel and Horst Pfister on May 1, 2021 at the birth of their daughter. © Horst and Manuel Pfister An agency, a camera team, a surrogate mother: two men from Bavaria fulfill their desire to have children in the USA. The journey was very emotional for 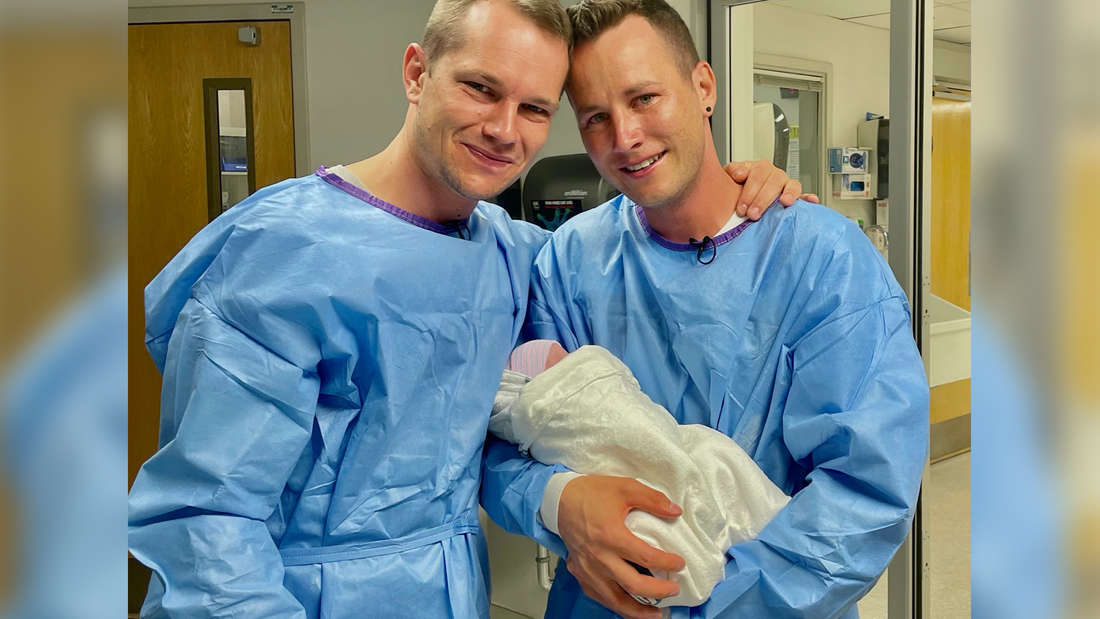 Manuel and Horst Pfister on May 1, 2021 at the birth of their daughter.

An agency, a camera team, a surrogate mother: two men from Bavaria fulfill their desire to have children in the USA.

The journey was very emotional for the couple.

Eichstätt – “Everyone was so emotional.

The camera and sound people, including the director, all howled like crazy.

So do we, of course.” Horst Pfister smiles as he looks back on the moment his daughter was born in an American clinic.

He and his husband Manuel fulfilled their desire to have children through surrogacy in the United States.

A camera team accompanied their journey.

In Germany, surrogacy is forbidden, in the USA there are numerous agencies that help couples to have their own family.

It was a long way before the two men from Upper Bavaria could hold their little daughter in their arms.

It was clear to both of them very early on that they would like to have a child one day.

As a homosexual couple in Germany, it's not that easy.

In their mid-twenties, the two asked the youth welfare office about an adoption.

"The youth welfare office made adoption super difficult for us," says Horst in an interview with

"We weren't promised any chance of success." In their circle of acquaintances, the two have noticed how an adoption can end despite mediation.

"A friend of ours had a child on Thursday, and then on Monday the birth mother changed her mind."

That would not be something that Horst and Manuel could have lived with.

By chance, the two Bavarians came across surrogacy.

At least since the German court recognized the American court ruling in 2017 that two men are considered single parents.

"We got the German passport for the little one in the USA."

Since she was born there, her daughter also has an American passport.

In Germany, recognition was then only a short trip to the court.

The costs for such a surrogacy are individually very different.

First attempt at surrogacy fails: "It was emotionally very difficult"

The surrogate mother gets the fertilized egg cell implanted on the so-called “transfer day”.

It is important that the egg cell does not come from the surrogate mother herself, but from a donor.

In this case, the sperm came from one of the two Upper Bavarians, but they do not reveal who exactly.

At the first attempt to insert the surrogate mother's embryos, her body did not accept the egg.

"It was dramatic for us," explains Horst.

Apparently this is not medically unusual, but the two men were not prepared for it.

"It was very difficult emotionally."

The couple then decide to take a three-month break before trying again.

Horst and Manuel with their "belly mom" in the USA.

Featuring the same "belly mom," as the two affectionately call the surrogate.

They had already established a personal relationship with her, Horst explains the decision.

At least once a week, the men from Bavaria phoned their "belly mom", so the two could be close to the pregnancy.

Two weeks before the birth, Horst and Manuel fly to the USA – together with the RTL camera team.

They were allowed to live with the surrogate mother and stayed there for three weeks after the birth.

However, such a close relationship is not common, you can tell the agency exactly how you want the relationship with the surrogate mother.

Video: Surrogacy: how it works and what (legal) hurdles there are

The RTL camera team was with Horst and Manuel from the start: "We didn't notice them"

The RTL camera team was there from the start, the first few months "secretly" because nobody knew about the surrogacy.

When asked if it wasn't funny having the television with us everywhere, Horst says: "We didn't even notice it.

It was always the same team.

We also talked to each other outside of filming.” When the baby was born, everyone cried with us, Horst remembers.

"It's nice to have this on video now."

On their Instagram channel "2.be.good.dads" the two give insights into their everyday life with their daughter "Littleone".

Horst and Manuel get a lot of support from all corners

With their step into the public they want to help other people.

On their Instagram profile "2.be.good.dads" the couple gives an insight into everyday life with a child, around 57,500 people are already following the three.

The couple receives a lot of messages, especially from heterogeneous couples who also want a child.

From the beginning, the two have received a lot of support, whether online or in their personal environment.

Even in the small village where the two live, the "support" is always there.

And this despite the fact that the topic is new territory for many there.

On May 1, 2022, her daughter "Littleone", as she calls the little one on Instagram, turned one year old.

“Now when we are out and about with the little one, we are often spoken to.

It's unusual, but also nice.” They are still in contact with the “belly mom” almost every day.

"It all welded us together!" 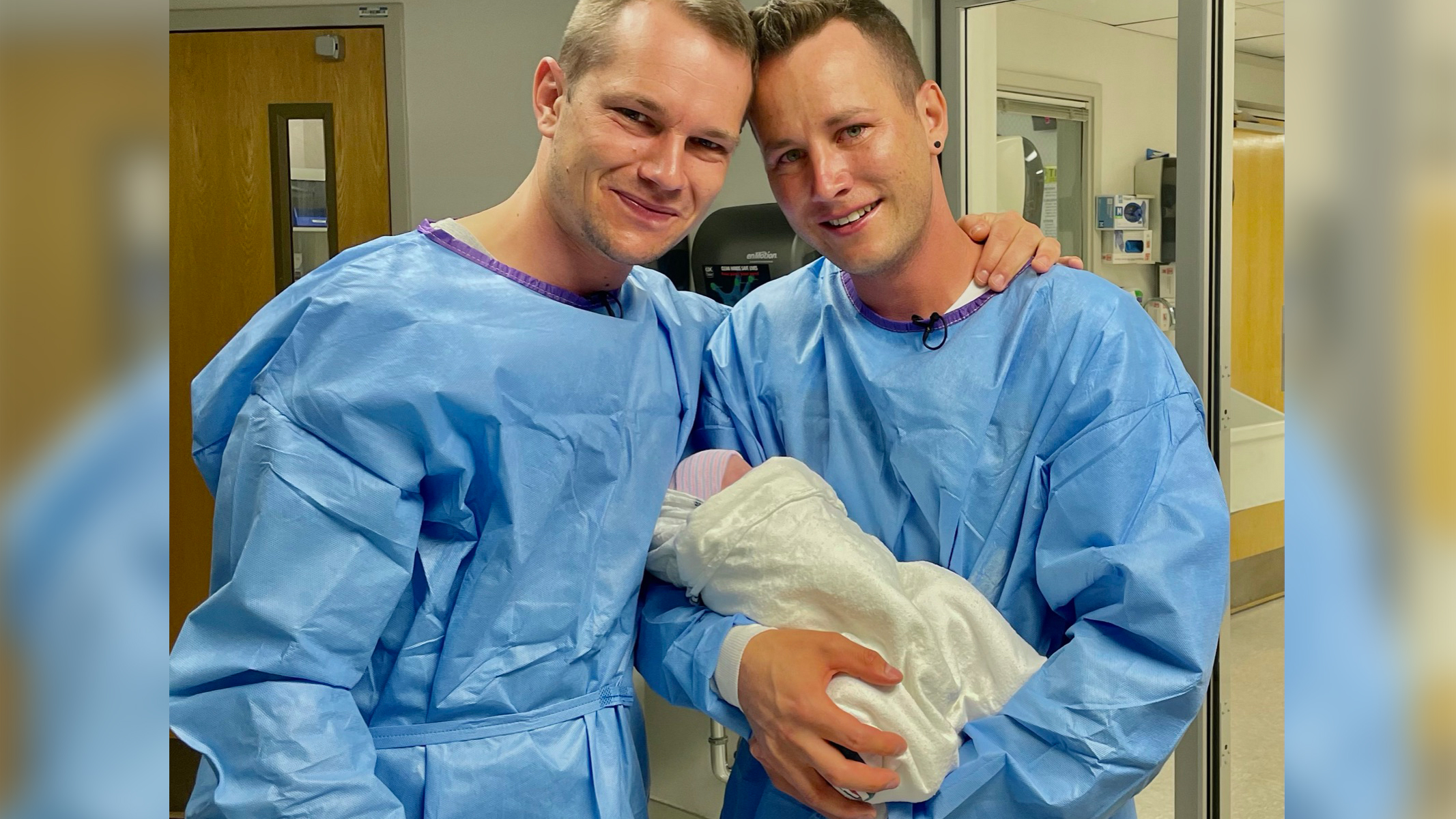 28-year-old from Bavaria missing: Her car was moved after she disappeared Police ask for help: 15-year-old is missing – has she already left Bavaria?

Police ask for help: 15-year-old is missing – has she already left Bavaria? 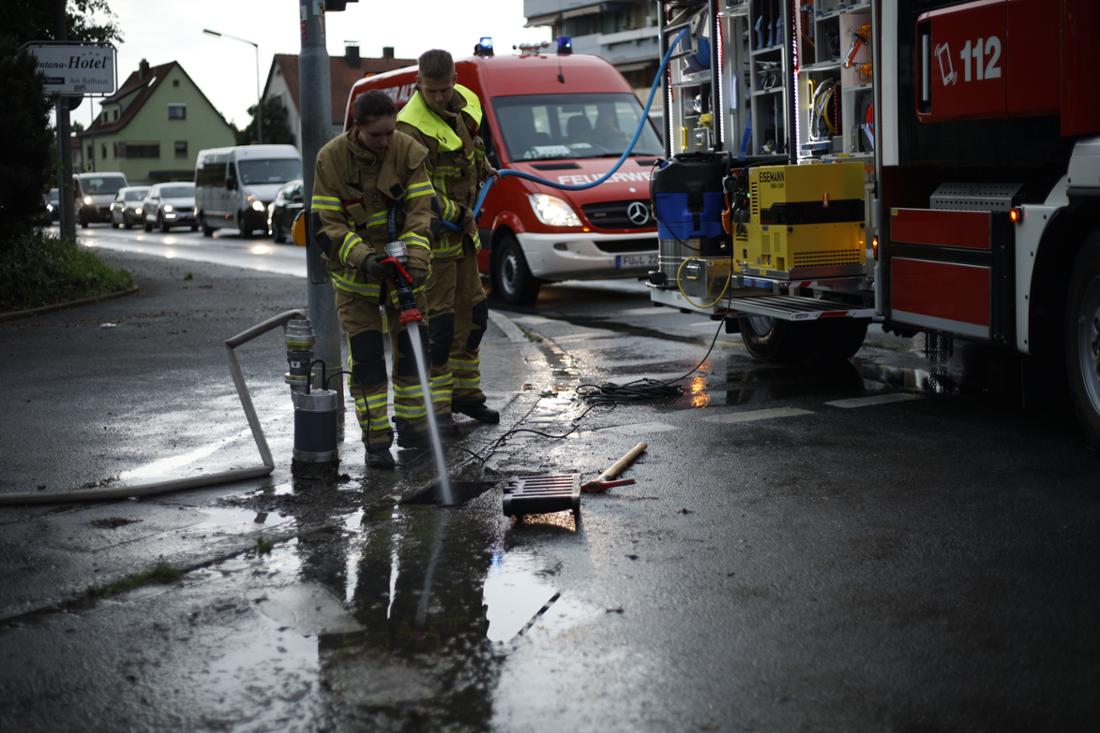 Storm in Bavaria: Several injured after the hut collapsed - trees on the tracks