After not qualifying for the final: Watch Michael Ben David in a message to the delegation | Israel today

After giving an excellent performance on the Eurovision stage, and then harassing the hosts in a "different | controversial show, the Israeli representative slowed down, and received the Sabbath at a relaxed kiddush meal with the members of the delegation, before whom he asked to summarize the experience.

Michael Ben-David managed to do many things in Turin, Italy, where he took the stage of his life on the biggest stage in the world, the Eurovision stage.

Earlier, last Wednesday, he had been engaged to his partner of the past four years, Roy.

And if all that was not enough, then after performing with his song, he was pushed into the frame of the ceremony facilitators, kissed them and waved the Israeli flag in an act that some viewers found amusing and some thought it was an embarrassing event.

Either way, everything is already behind the "X Factor for Eurovision" winner, and alongside the pressure and madness that subsided following the fact that he failed to make it to the finals, he found time to say a few words to the people who accompanied him and worked with him to represent Israel with dignity.

Michael Ben David in a message to the delegation

In front of a table set for Shabbat, with all the members of the delegation sitting down with him for Friday dinner, Ben-David sums up the intense days he spent in Italy: "We were here in a big and grueling competition. A crazy experience," he said.

"Everything passes, and what does not pass is our Sabbath," he comforted.

"So have a Shabbat Shalom" he greeted his friends.

He later turned directly to his mother and thanked her: "Mom I love you, thank you for making us a kiddush. For your life", he spoke again to the people with whom he shared the journey, "Thank you for everything, Shabbat Shalom, cheers!", Finally raised a glass along with all the cheering staff to him.

Michael Ben-David: "I am stunning, we are stunning, and no one can define whether we are good enough" - Walla! culture 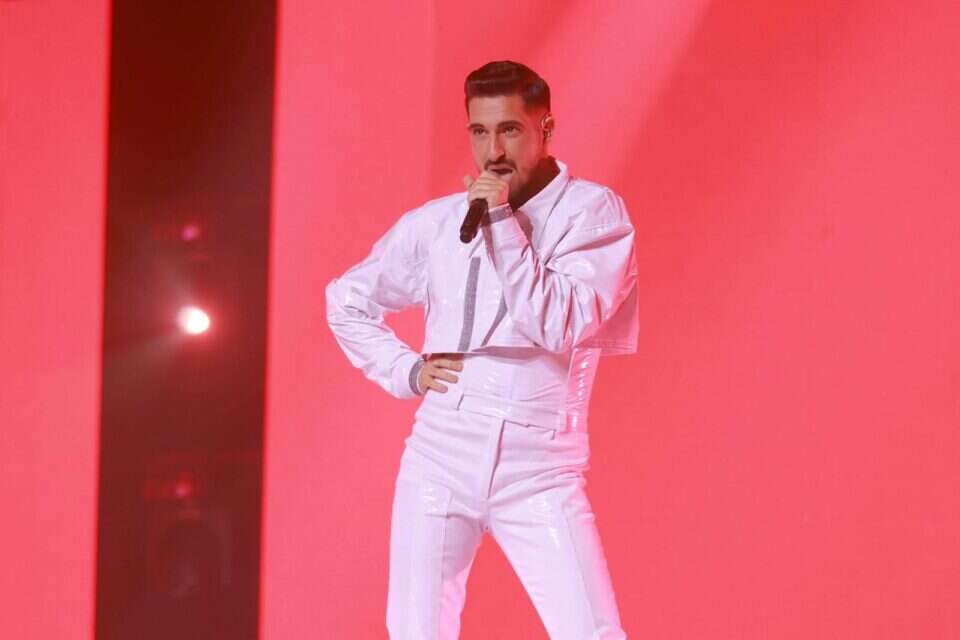 The corporation announced: Currently Israel will not participate in the Eurovision Song Contest due to security issues - Walla! culture

The Minister of Transport reviews with the Omani ambassador ways to develop economic relations and activate joint agreements
2022-07-06T12:41:56.669Z