Argentina celebrates these days the love of print in the most literary city I know after Paris, the one that had the best publishers in Latin America and made all Latin Americans read 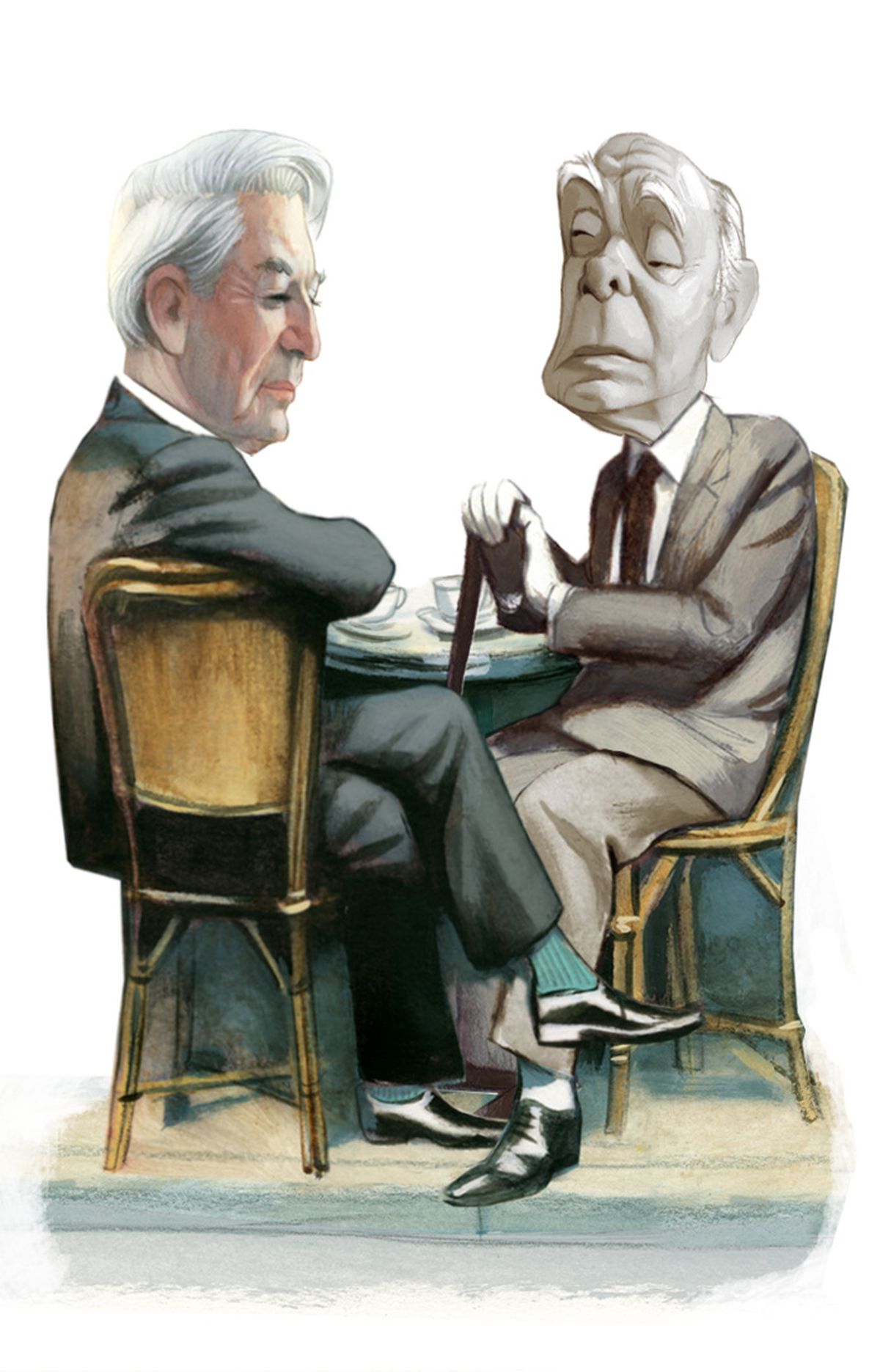 I meet Juan José Sebreli in a café in La Recoleta, whom I have always respected, even in an age of frenetic liberalism.

The first time we met, in Paris, many years ago, we had a fierce argument about

by Julio Cortázar, which I defended and he attacked as a somewhat superficial game.

I must admit that he was right, and that the dazzle that this novel produced in me has lost much of its prestige at this time, like all the books that, like those of Julio Cortázar, were dedicated to playing games.

I tell him that Cortázar's books that seem most important to me now are those of the fantastic stories.

I don't know if he nods.

As he was born in 1930, Juan José Sebreli, who has just published a book with Marcelo Gioffré,

, is 92 years old and is as firm as a bull, defending his ideas as he did 20 years ago, that is, with resolution and efficacy.

His last battle – but there will be others – is in favor of the victims of the coronavirus, of whom he has taken the defense so that they are not forced to follow the instructions of the doctors to defend themselves against the virus.

In the second chapter, surely written by Sebreli, he remembers his parents, very modest immigrants, who slowly rose to fall later as victims of the economic crises that this country experienced.

And Sebreli remembers in the first person many of these crises that were destroying in his pockets the few savings that the articles brought him.

Here, in these few lines, Sebreli recounts the Argentine tragedy, the sudden impoverishment of this country, when it seemed to stand out.

And yet, the love of books has not been disfigured or impoverished.

As I can see these happy days when Argentina celebrates the return of books.

I have always had admiration for the things that Sebreli defends, and now more, since he accepts that liberalism is what saves us from the dictatorship of Marxism and helps us progress.

"What is not acceptable," he says, "is that the liberals are responsible for the market, because they would spoil it."

He is in perfect shape and his arguments are solid, as almost always.

It would be wonderful to reach that age with the convictions that Sebreli espouses and the way he does so: with discernment and a wealth of information from books and newspapers.

It is true that the newspapers in Buenos Aires are solid and very well written.

On Sundays, like today, as far as I know, only

They are a pleasure to read, because they almost always have a magnificent intellectual background element.

For many years I wanted to spend a year or two in Argentina, especially since my friend, José Emilio Pacheco, was here as a Mexican cultural attache, and he took me for a walk through the second-hand bookstores—he knew them all—and discover on those shelves all kinds of wonders, among the old editions they showed.

It was not possible for me to find a job that would allow me to do so, and it was one of my greatest frustrations because I know that in this city I would have been happy, among other things, because of its cafes and its newspapers, essential for me and that now, I hear people say, gradually disappearing.

I'm here for the Book Fair, which was closed for a couple of years, and has just opened again, with great commotion, because old and young -the latter especially- fill the seminars and new rounds where the books are displayed before be published.

Autumn is ending and no one would say that winter is approaching, because there is, from early on, a sun that warms and lifts people's spirits.

No one seems to be dealing with politics, in this paradisiacal weather, and yet Latin America is going through one of its most difficult periods and threatens to touch the bottom of its ruin, for example, the Peruvians with the illiterate president they came up with to elect for us rule for five years.

And yet, here the bookstores are full of people and books, and it seems that everyone has started to read.

From the first time I came to Argentina, this city seemed to me the most literary in Latin America, and I remembered my childhood in Cochabamba where the postman came loaded with books that were always Argentine, for my grandparents and my mother, and even for me:

for my mother and grandmother, and

Argentina made all of us Latin Americans read, and then it was logical and natural to dream—Paris would come later—with Argentina, which had the best publishing houses in Latin America.

What happened to that Argentina that made all Latin Americans read?

Where did it hide and go out?

But these days it is reborn, thanks to the Book Fair.

There are seas of young people and the truth is that they fill the stages and all the presentations of new books, and the debates are full of people.

The sessions should not last more than an hour, on the recommendation of the doctors, and the truth is that they end on the hour despite the sad and long faces of the spectators.

Even Spain is present, in a new edition of the book by the former spokeswoman for the Popular Party, Cayetana Álvarez de Toledo, whom I heard last night at the Spanish Club, which, by the way, has a magnificent venue in the very center of Buenos Aires .

An author who is also a businessman, Alejandro Roemmers, has acquired Jorge Luis Borges's manuscripts throughout the world and will exhibit them in the place dedicated to defending the free economy, from that determined battle for individual autonomy and the market that Gerardo Bongiovanni.

Many of the attendees of the Book Fair have signed up for this visit.

Curious is the case of Jorge Luis Borges, the writer who has been read and followed the most in the world, among the writers of our language.

And yet, when he began to be known he was already blind and had begun that limitation that made him an invalid in his last years.

But his widow, María Kodama, who has organized multiple exhibitions of Borges's work in half the world and is determined to found a museum in Buenos Aires that commemorates his memory,

In the cafe where Sebreli and I are sitting there are a couple of zombies in whom people recognize Borges and Bioy Casares, and they take photos with them because, apparently, they both lived around here and met every morning at breakfast time.

There is a long queue of people waiting to be photographed next to those local glories that people remember and do not allow them to die.

Here, devoutly, is the secret of this city, the most literary I know after Paris.

Borges and Bioy Casares are one of the best things that happened to this land, and everyone born here is proud of them and will not allow them to be forgotten.

They do, of course, the right thing.

Writers are no less important than military glories.

One and the other make up that fraternity that keeps a nation alive. 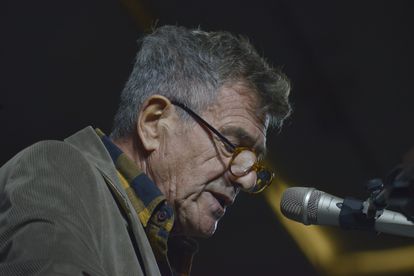 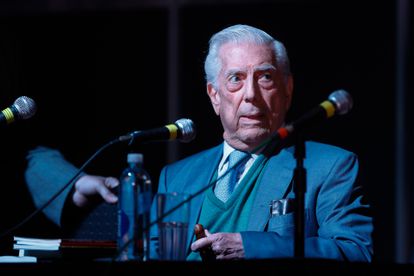 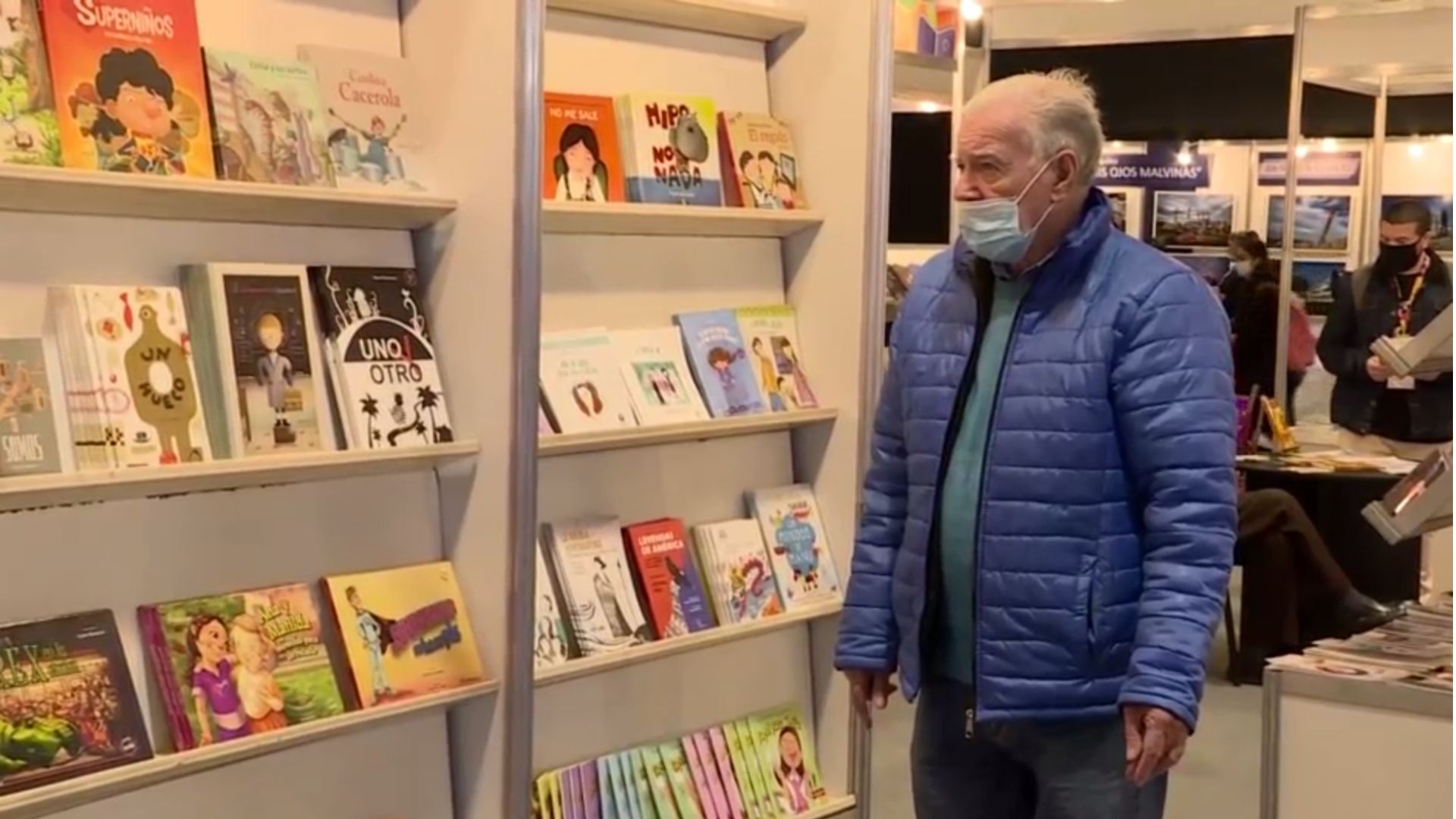 After two years, the Buenos Aires Book Fair reopens its doors. This is the highlight 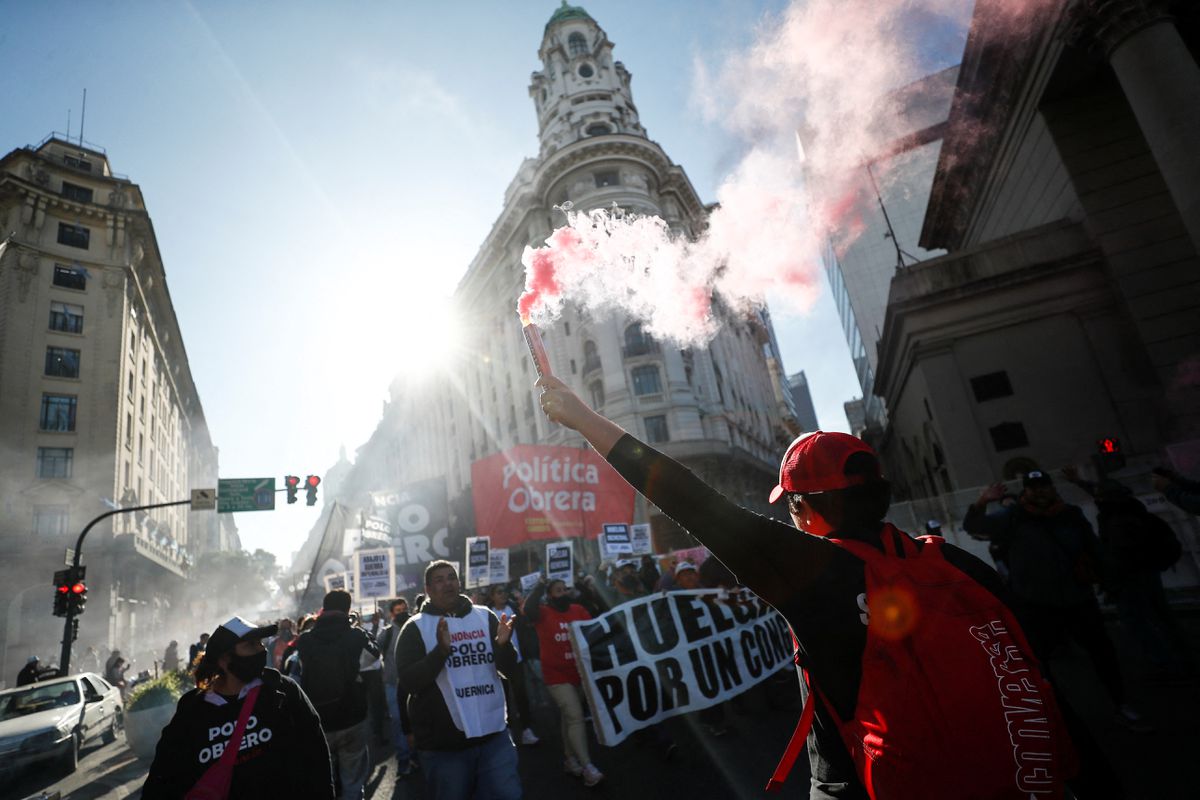 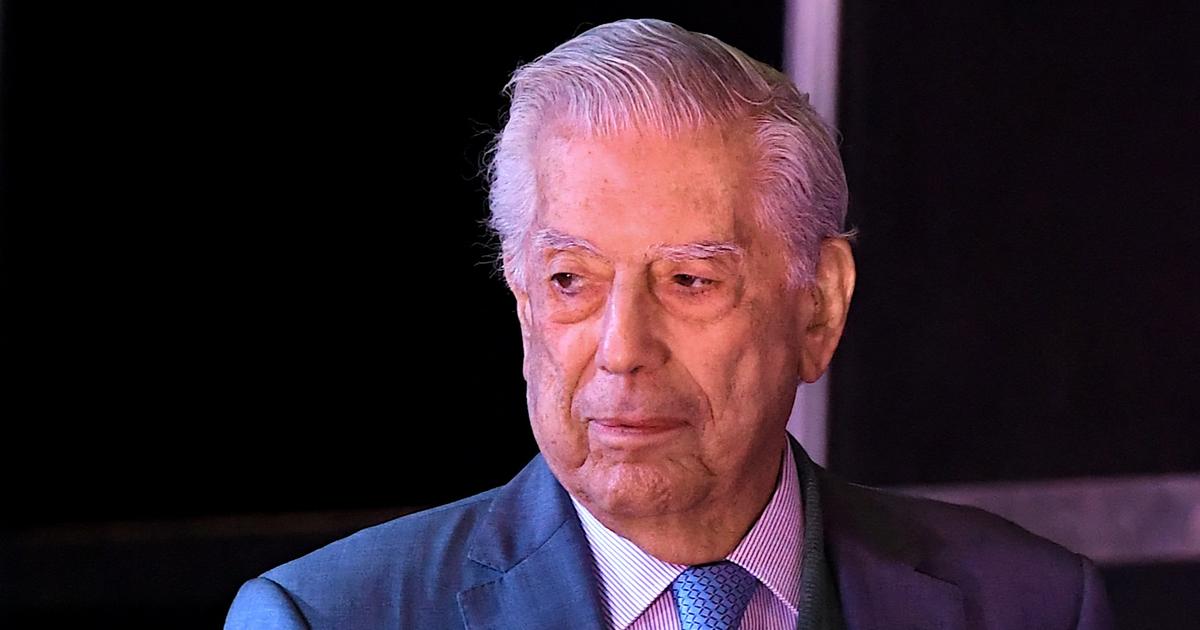 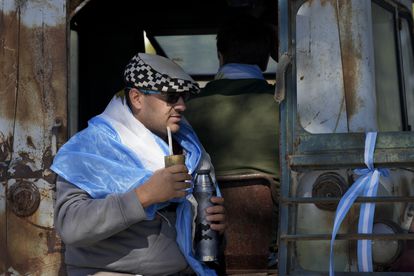 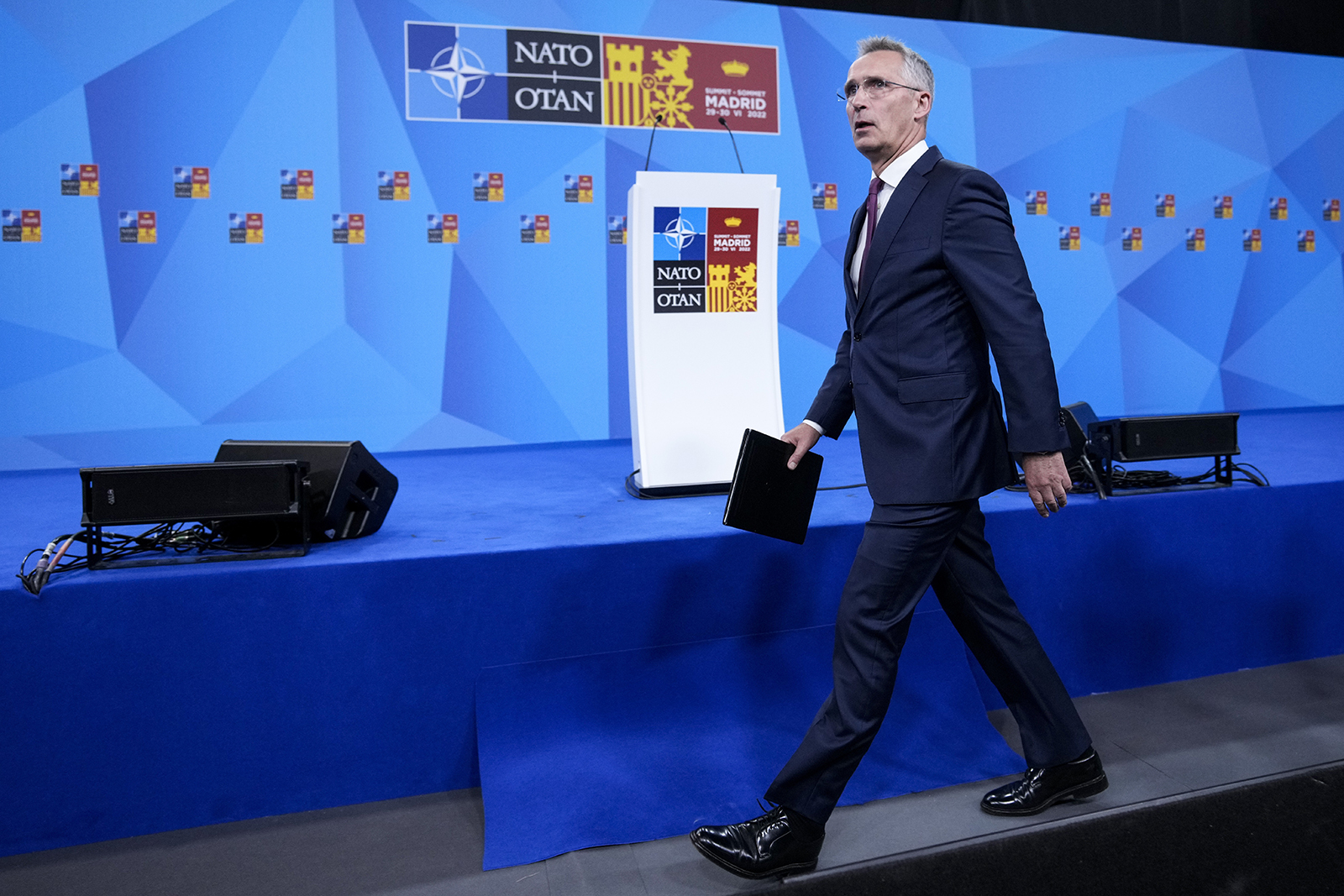 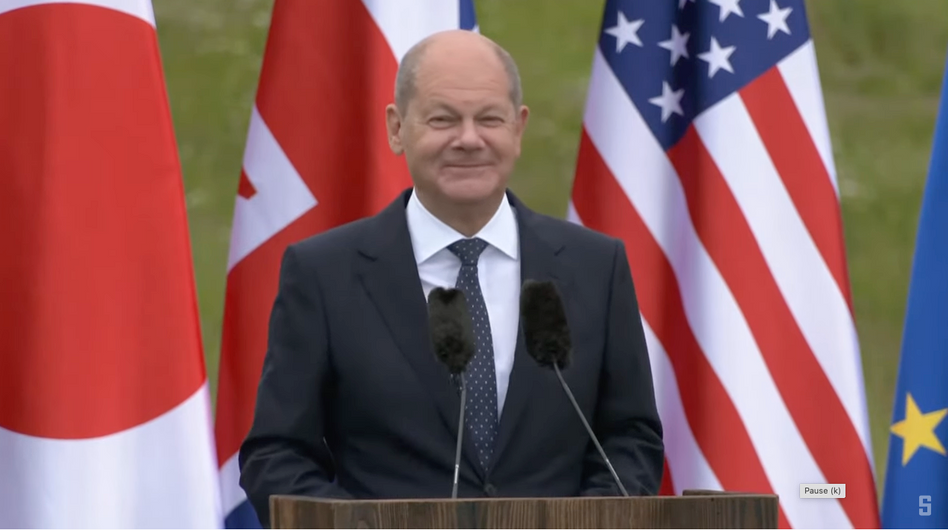 "Not everyone tolerates it either": Marcella drives subways through Munich - many passengers are currently unsettled
2022-06-30T09:09:58.374Z

Xi Jinping's visit to Hong Kong to implement special traffic arrangements in many districts, the corridor from Gloucester Road to the Eastern District is congested in the afternoon
2022-06-30T08:57:16.988Z