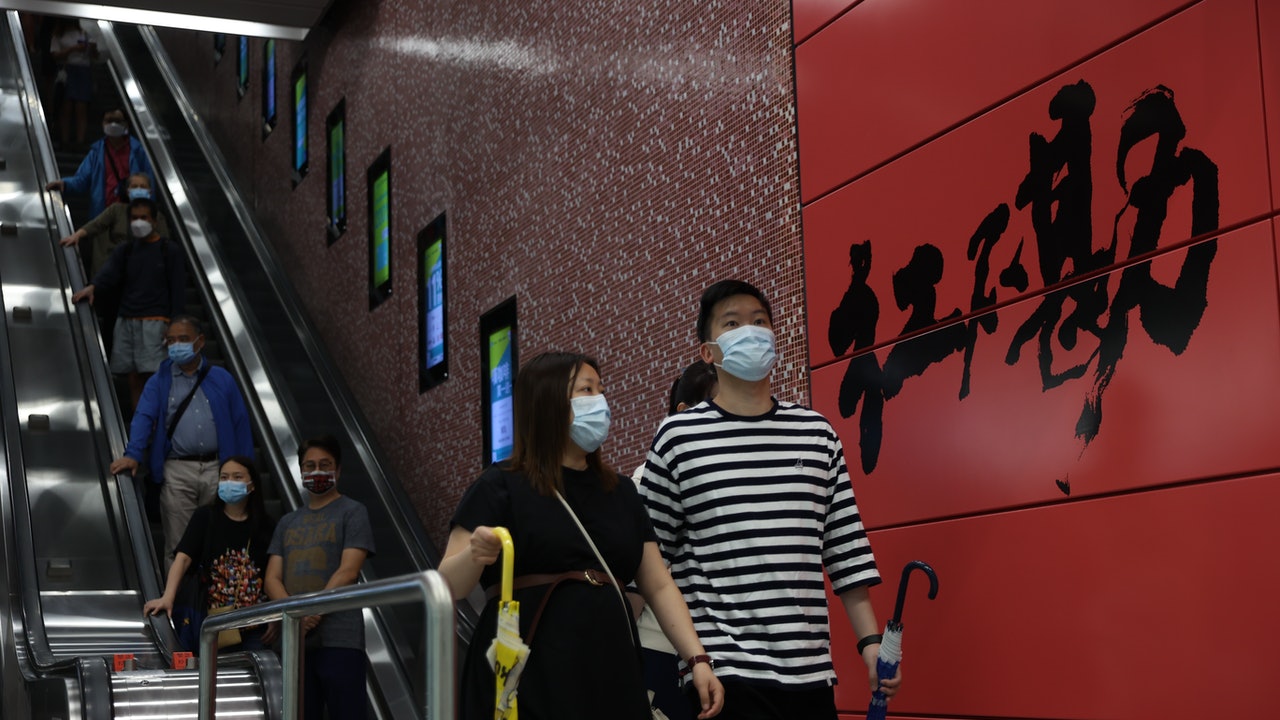 [East Rail/SCL/Hung Hom Station] The cross-sea section of the East Rail was opened to traffic today (15th). The role of Hung Hom Station has also changed, from the original East Rail terminus to a line transfer station.

With the opening of the sea section, Hung Hom Station has also been converted to a new platform. Passengers only need to go up and down one floor to transfer from the East Rail to the Tuen Ma Line.

The MTR said that as of 12 noon, there were 13,300 people entering and leaving Hung Hom Station.

What I saw at the station today is that there are people coming and going in the station, and a large number of citizens keep taking photos and taking pictures. Some people make a special trip to Hung Hom Station to visit, and praise the new platform of the East Rail at Hung Hom Station for its cleanliness and clear instructions, but some people can’t understand the art inside the station. device means.

The cross-sea section of the East Rail was opened to traffic. A large number of citizens took the lead in using Hung Hom Station this morning. Many people couldn't hide their excitement and kept taking pictures and recordings.

The MTR also arranges two to three staff members to hold signs at the exits and entrances of each escalator and answer questions from the public.

Although the signs are clear, listing the platforms where you can transfer to the Tuen Ma Line and the direct lobby, there are still people who are confused about the transfer and need to check with the staff as seen at the scene.

Many citizens made a special trip to experience the cross-sea section of the East Rail this morning. Among them, Miss Wong, who lives in Kowloon Tong, and her daughter made a special detour to Hung Hom Station today, and transferred to the Tuen Ma Line to Tsuen Wan.

She said that she once studied at the Polytechnic University, so compared to the old railway station in the past, the biggest feeling today is the new look.

Huang said that after the sea crossing section is opened to traffic, there is no need to cross the sea through the CHT, which is believed to save time.

She also praised the clarity of the instructions in Hung Hom Station, and found that the number of signs with simplified Chinese characters has increased, such as the signs in the station.

Mr. Ng and his family passed by Hung Hom Station. His son kept taking pictures with his iPad, looking excited.

Mr. Ng said that the ventilation facilities on the old East Rail platform at Hung Hom Station were insufficient, and the new platform was neat and clean. He thought it would be particularly convenient for citizens who work on Hong Kong Island.

Fu and his wife were puzzled by the purpose of the art installations in the station: "How old is it? How old is it?" (Photo by Ouyang Dehao)

Fu and his wife: The bus to Causeway Bay will be faster to other places and will transfer to the MTR

As for Mr. and Mrs. Fu, who live in Hung Hom, they admitted that they would choose to take the MTR unless they go to the Causeway Bay area, which is a destination that is faster to reach by bus, and praised the increased frequency of the East Rail Line.

▼On the evening of May 14th, outside the railway fan exhibition station all night waiting for the passage of the East Rail Line to open to traffic▼

Photo Gallery] The old platform of Hung Hom Station has completed its historical mission and more than a hundred citizens said goodbye and said goodbye to the East Rail crossing the sea｜2,000 people took the first train MTR announced to send 100,000 free tickets for the opening of the East Rail to cross the sea｜The railway fans became famous The reason for its popularity: full of positive energy on the East Rail Crossing | Over 100 citizens at the Convention and Exhibition Station excitedly boarded the first train, Miss Luo reappears in the East Rail Crossing | Citizens bid farewell to the 47-year-old Hung Hom Station old platform Father and young son witness the end The East Rail Crossing the Sea overnight | Railway fans are nine hours ahead of schedule at the convention and exhibition station. 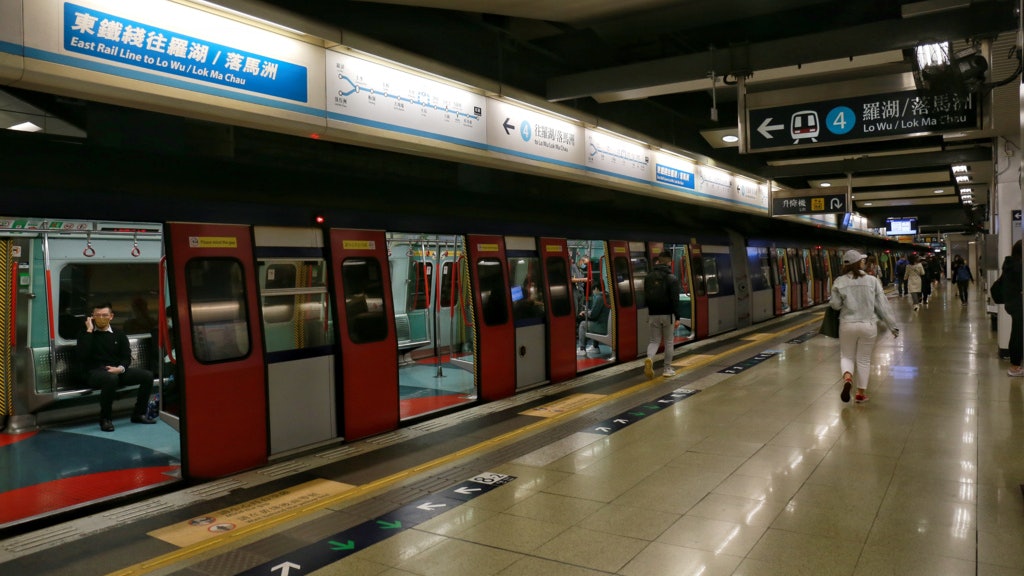 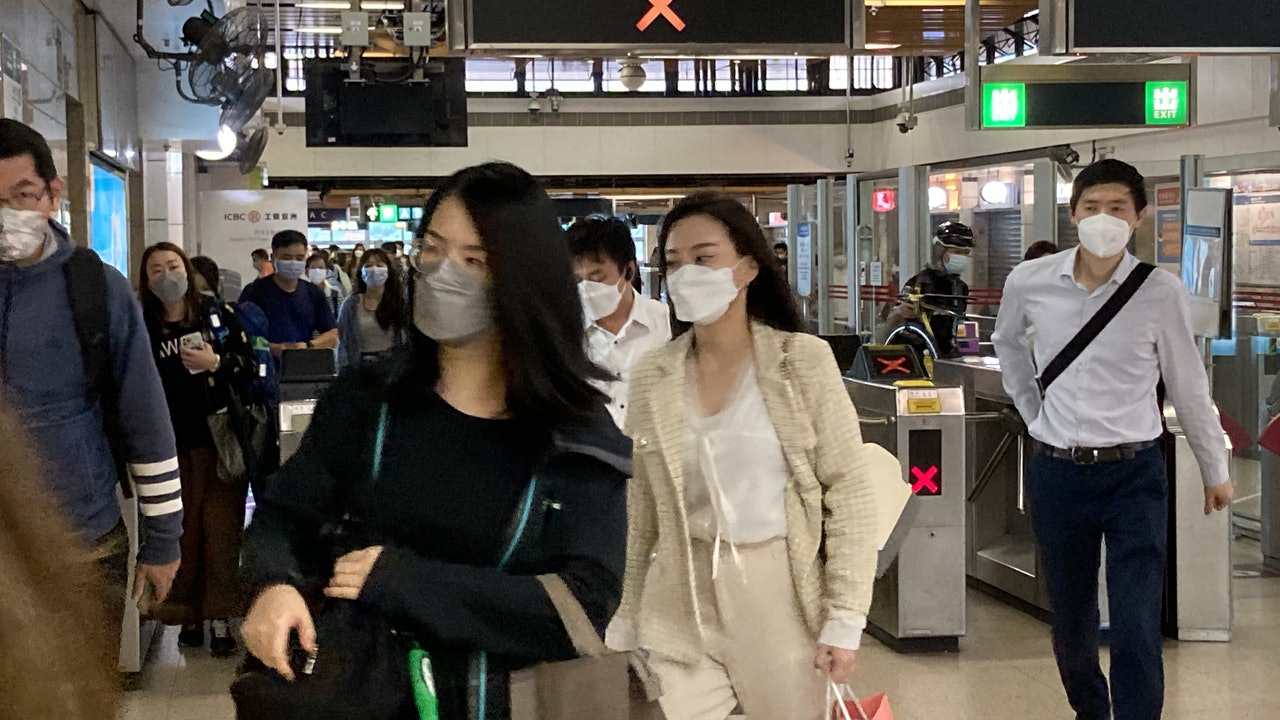 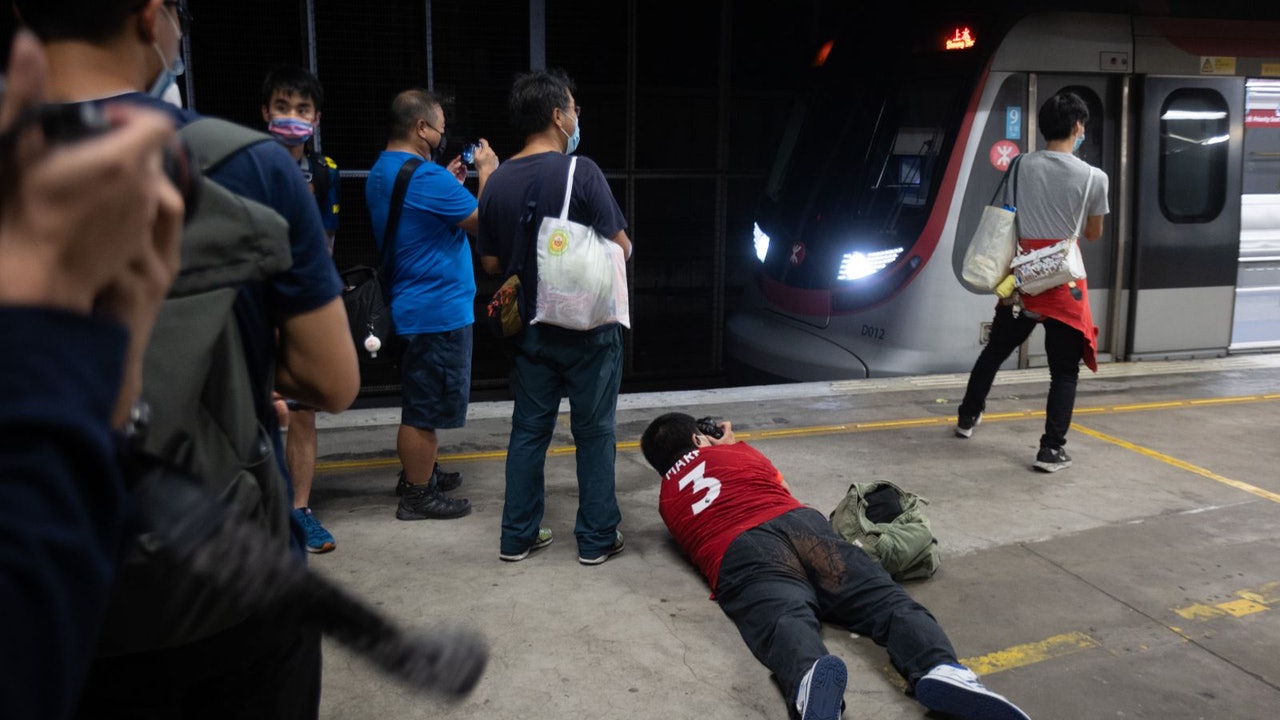 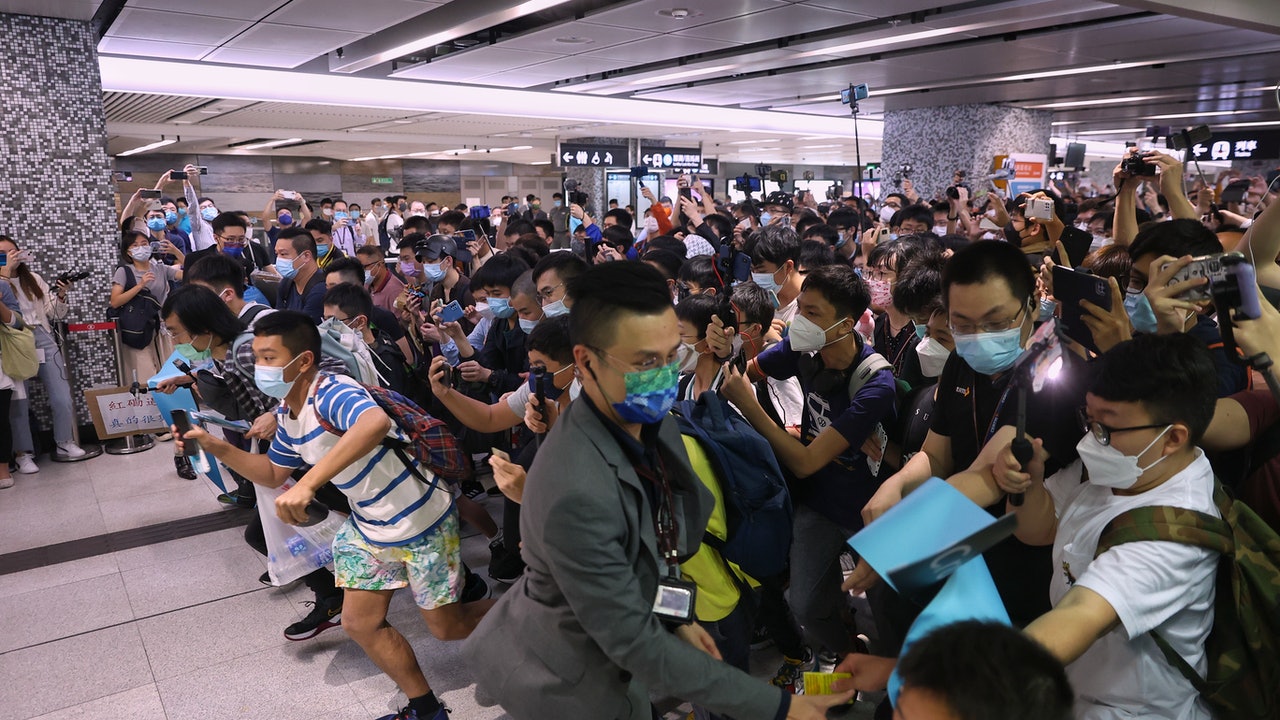 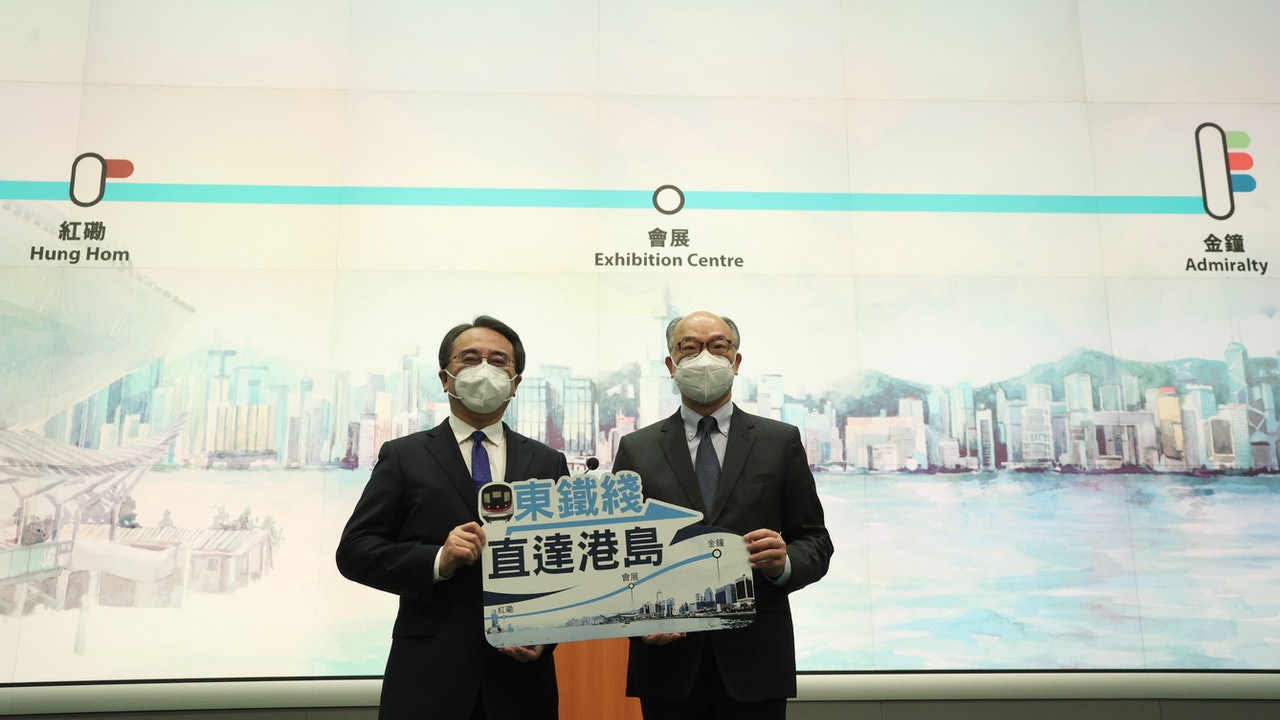 East Rail Crossing the Sea｜News: 5.15 to open to traffic from Hung Hom, 5 minutes to Kowloon Tong, and 4 minutes to Admiralty

East Rail Crossing the Sea. Live｜Open to traffic on 5.15 from Sheung Shui to Admiralty in 40 minutes with 5 bus lines with transfer discounts