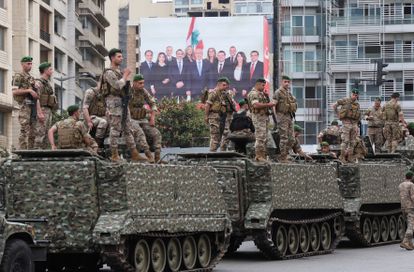 Lebanese soldiers are deployed before the elections on Sunday, Saturday in Beirut. MOHAMED AZAKIR (REUTERS)

"Beirut is a feeling."

The voice of the singer Fairuz, who best embodies the soul of Lebanon, fills the public address of the Biel district Trade Fair pavilion, not far from the remains of the silo that blew up in the port of Beirut on August 4 2020, claimed more than 200 lives and plunged an entire country into despair.

The red flags of the Sunni coalition wave in a venue almost packed with some 3,000 attendees, where veiled women rub shoulders with disheveled young women.

A hundred coaches and minibuses have brought them to the capital for free.

The closing rally of candidate Fuad Majzumi, a 70-year-old businessman who made his fortune in the Gulf, on Friday symbolized the fate that awaits the first elections facing the Lebanese after three years of crisis,

The Shia Muslims of Hezbollah, supported by the largest militia in the Middle East, and their Christian allies, such as those who support the nation's president, Michel Aoun, hope to revalidate or strengthen the majority of 71 of the 128 seats in Parliament they obtained. in the 2018 legislative elections. Sunni Muslim candidates, such as the billionaire Majzumi, are in turn trying to contain the threat of a hecatomb at the polls after the frightening of former Prime Minister Saad Hariri, their natural leader, who retired from politics in January.

Meanwhile, the opposition groups that emerged from the protest movement that attacked the sectarian and patronage distribution of power in 2019 have presented themselves as split in the elections and have few options for obtaining representation.

Whoever wins, there will be a Sunni head of government.

This is stipulated in the agreement signed in Taif (Saudi Arabia) that put an end in 1990 to 15 years of civil war between Lebanese factions.

The richest man in the country, Nayib Mikati, who managed to form a government last September after 13 months of chaos punctuated by the failure of three other candidates, will presumably be at the head of a failed state.

Then he already announced to the citizens that they would have to "tighten their belts" in the face of a crisis that the World Bank defines as one of the most serious since the beginning of the industrial era in the mid-nineteenth century and for which it blames the ruling class of the country as a whole.

The International Monetary Fund awaits the constitution of the new Cabinet to activate the aid program of 3,000 million dollars (2.

The parties that represent the 18 ethnic and confessional communities, in a country with 15 different statutes of civil rights, are resisting putting an end to a quota system that assigns the head of state to a Maronite Christian and the presidency of Parliament to a Muslim shia

After the explosion that devastated the port of Beirut, which caused damage estimated at 5,000 million euros, the international community has made the arrival of aid conditional on the creation of a unity government with the presence of qualified technicians that will apply political and economic reforms of openwork

Bernard Bridi, campaign manager of the Beirut Needs a Soul list headed by the wealthy Majzumi, specifies that his program calls for, among other priorities, "eliminate illegitimate militias, in particular Hezbollah's arsenal, and hand over weapons to the Army."

The pro-Iranian militia party, declared a terrorist organization as a whole by the US and some European countries, has become a State within the State thanks to a wide network of influences in power and its offer of social services.

The participation of its fighters in the war in Syria, in the ranks loyal to the Damascus regime, has transformed Hezbollah into the best trained and capable militia in the region.

In 2006, it already challenged Israel in an open war in southern Lebanon.

Since then, the diverse eastern Mediterranean country has been the scene of a clash between Iran and Saudi Arabia, the Shiite and Sunni powers, for regional hegemony.

His leader, Hassan Nasrallah, has now called for "defending Lebanon" with his vote for his candidates.

Government of technocrats outside the parties

Since the Sunni campaign in the Beirut constituency, adviser Bridi believes that the new Cabinet should be made up essentially of "technocrats" at the service of the national interest and regardless of the polarization of the parties.

The crisis in Lebanon, the worst since the civil war that bloodied the country between 1975 and 1990, has plunged 80% of its 4.5 million inhabitants and almost all the refugees — more than a million Syrians and nearly 300,000 Palestinians. — below the threshold of extreme poverty.

The pound, the national currency, has lost 90% of its value against the dollar in the last three years and inflation has exceeded 200%.

Savings in foreign currency remain blocked in banks, in a

that only allows you to withdraw up to 200 euros per month.

The escalation affected the economy as a whole and affected basic services, such as the electricity generators on which citizens depend to survive due to the continuous blackouts.

Despite the high price of fuel, almost one euro per liter in a country where the minimum wage does not reach 30 euros per month, Lebanese who want to vote this Sunday will have to travel to their places of birth, where the electoral law requires them to exercise suffrage.

The outcome of the polls will determine the future of the reforms demanded by international donors to rescue Lebanon from an endless shipwreck.

As on every decisive occasion, the Armed Forces, the only truly national institution for the Lebanese, were deployed on Saturday afternoon before the call to the polls. Closing the polls in the parliamentary elections in Lebanon 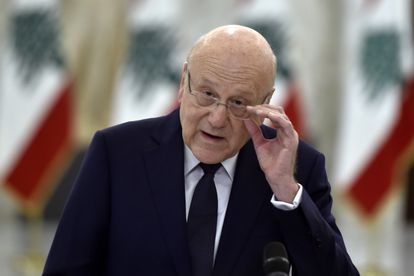 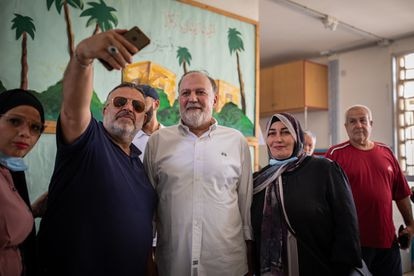 Hezbollah does the rest to consolidate its electoral dominance in Lebanon 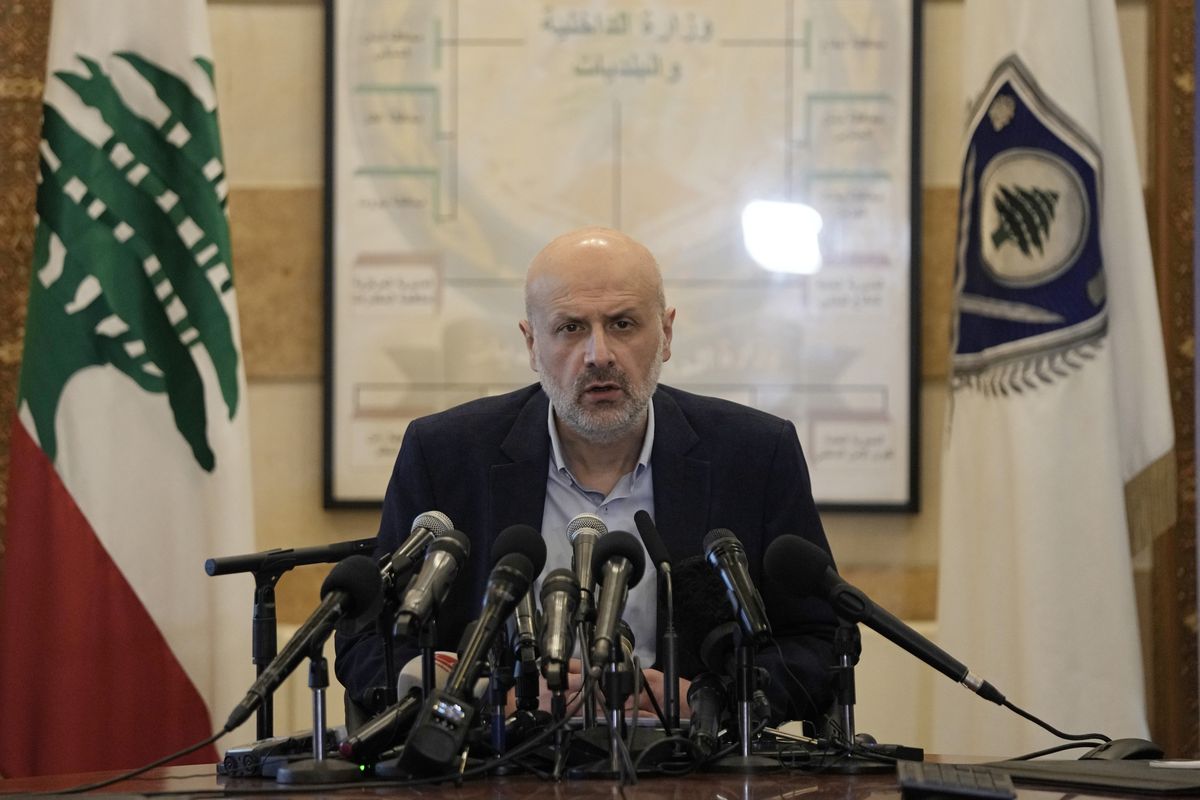 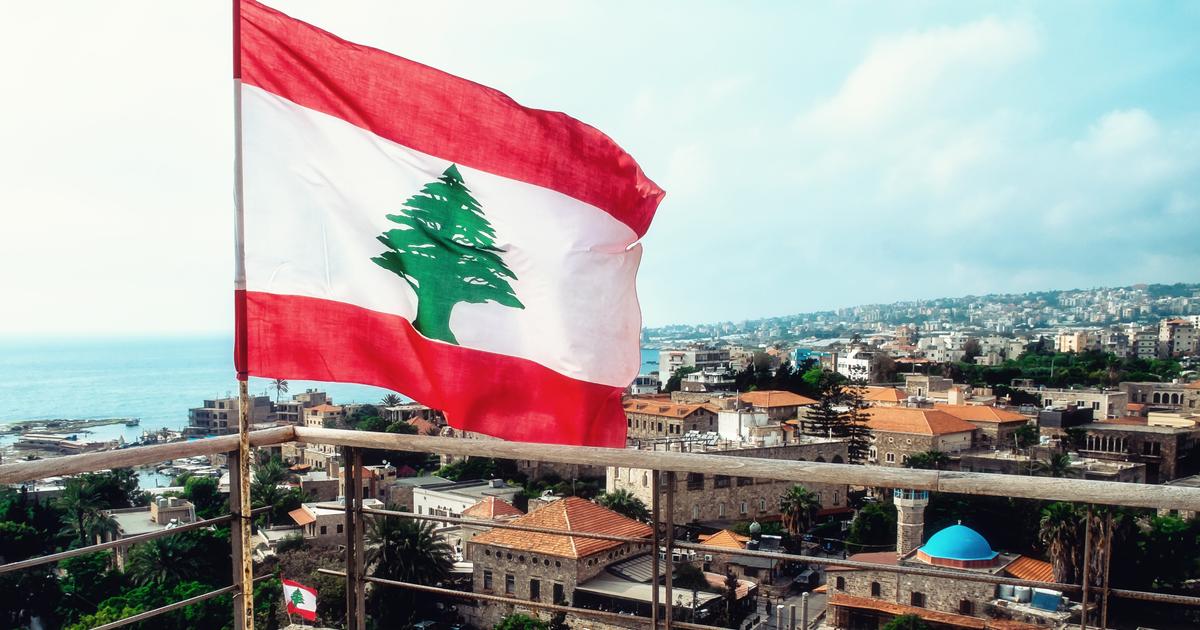 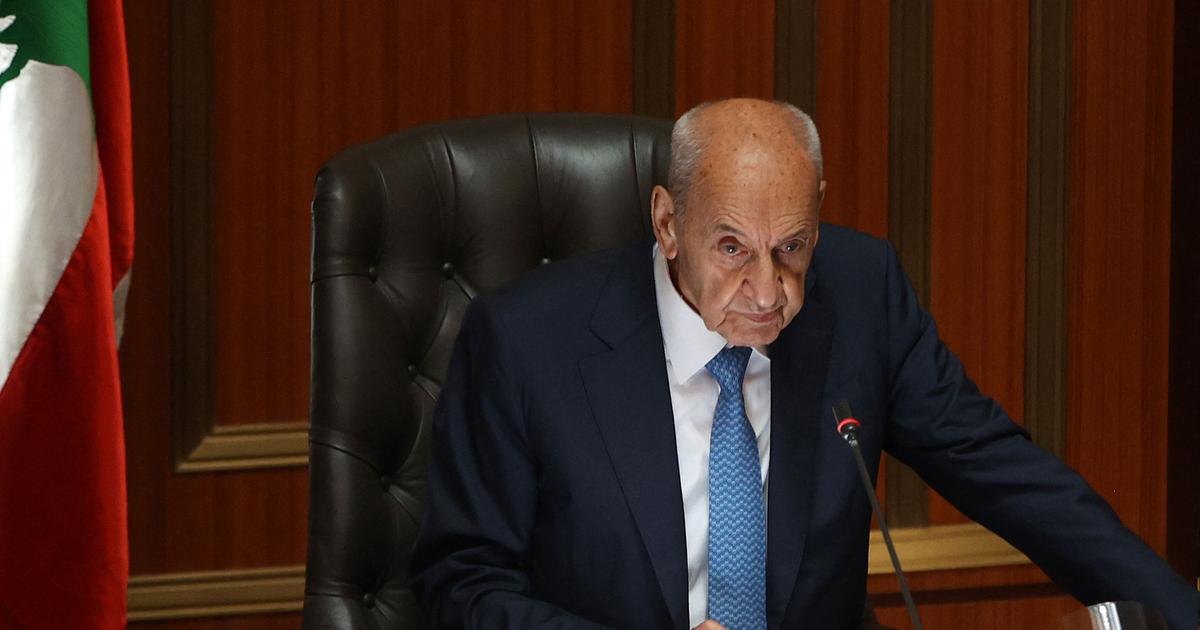 Lebanon: Nabih Berri re-elected as head of Parliament for a seventh consecutive term 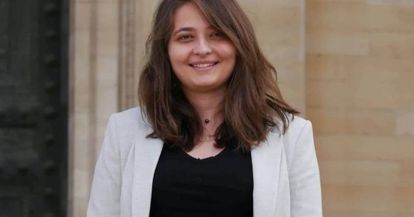 The dilemma of the youth of Lebanon: escape from a failed country or fight in the elections

July 1st | Members of the Congress have missed out on a lot of Huang Guo: Some people missed the closed-loop period by receiving invitation letters late
2022-06-30T02:32:48.659Z

Sleep duration is important for heart health, according to new recommendations from the American Heart Association
2022-06-30T02:08:54.048Z